Samsung announces Galaxy A80 with a rotating camera setup

Samsung says it's testing its latest technologies in its A-series smartphones first, before putting it in its flagships 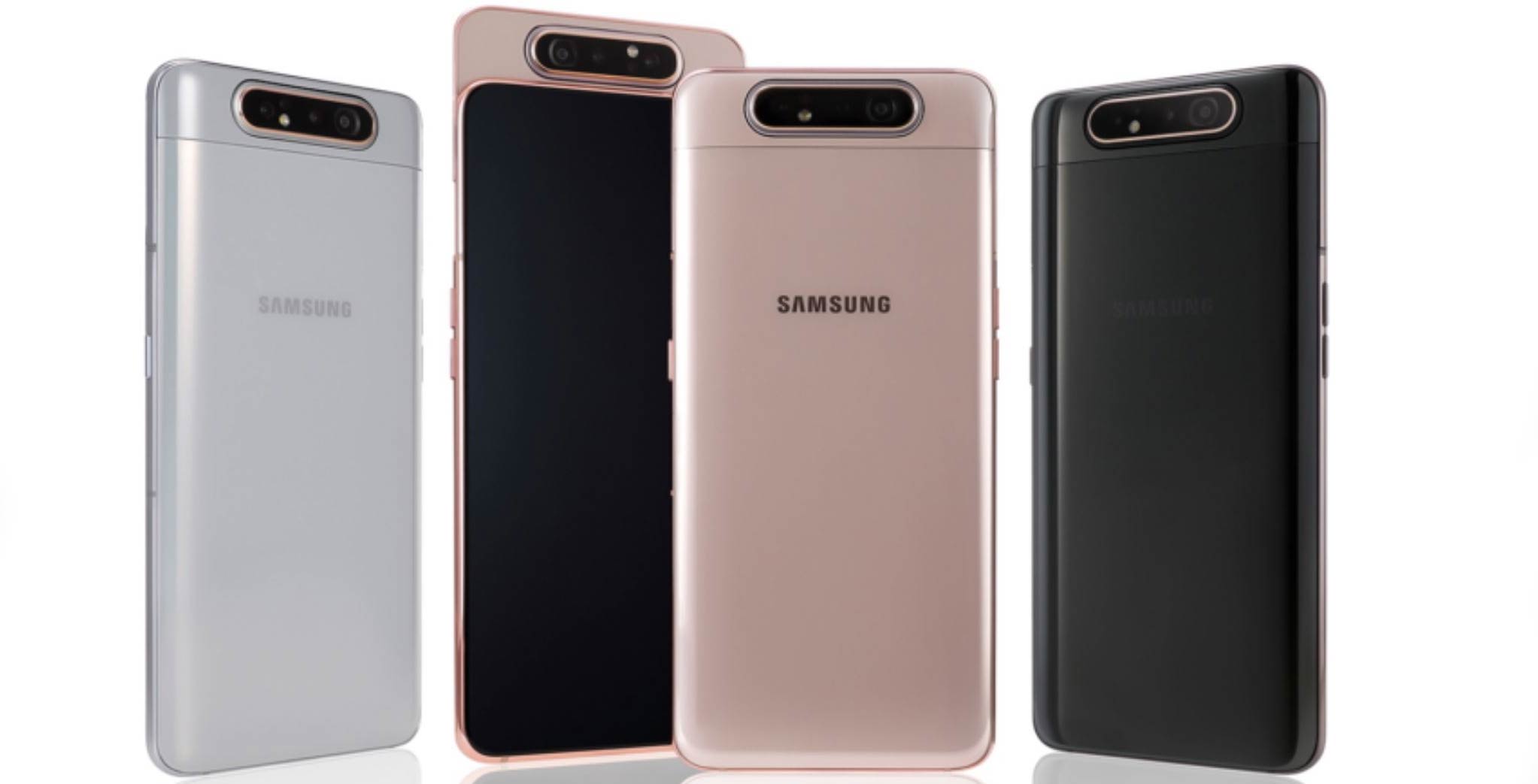 2019 is the year of Samsung with the company revealing another intriguing smartphone.

The Samsung Galaxy A80 is interesting because when you’re trying to take a selfie the rear camera slides up and then rotates 180-degrees allowing it to work as both the selfie camera and the rear-facing shooter. This lets the A80 use a full display uninterrupted by any notches or hole punches.

The A80 sports a triple camera setup. Its main lens is a 48-megapixel f/2.0 camera, paired with an ultrawide angle 8-megapixel shooter with an f/2.2 aperture and a time of flight sensor.

The phone has a 6.7-inch Super AMOLED display with a 1,080 x 2,400-pixel resolution. Additionally, it includes a 3,700mAh battery with 25W fast charging, 8GB of RAM, 128GB of storage and an in-display fingerprint scanner.

Samsung is launching the Galaxy A80 on May 29th.

The South Korean company also announced that a taller handset called the Galaxy A70 earlier this year and it’s launching on April 26th. The A70 sports a waterdrop notch with a 6.7-inch display with a 20:9 aspect ratio.

This handset features an in-display fingerprint, a triple rear-facing shooter, with a 32-megapixel sensor, a 5-megapixel depth sensor and an ultrawide 8-megapixel shooter. The A70 comes in coral, blue, black and white.

Samsung previously announced that it’s featuring its latest technologies in its A-series smartphones first, before putting it in its flagships. So it’s possible that the company might launch a future Galaxy Note or S series smartphone with a rotating camera.

Samsung has confirmed that the Galaxy A70 will be coming to Canada, but no word on the Galaxy A80’s availability.