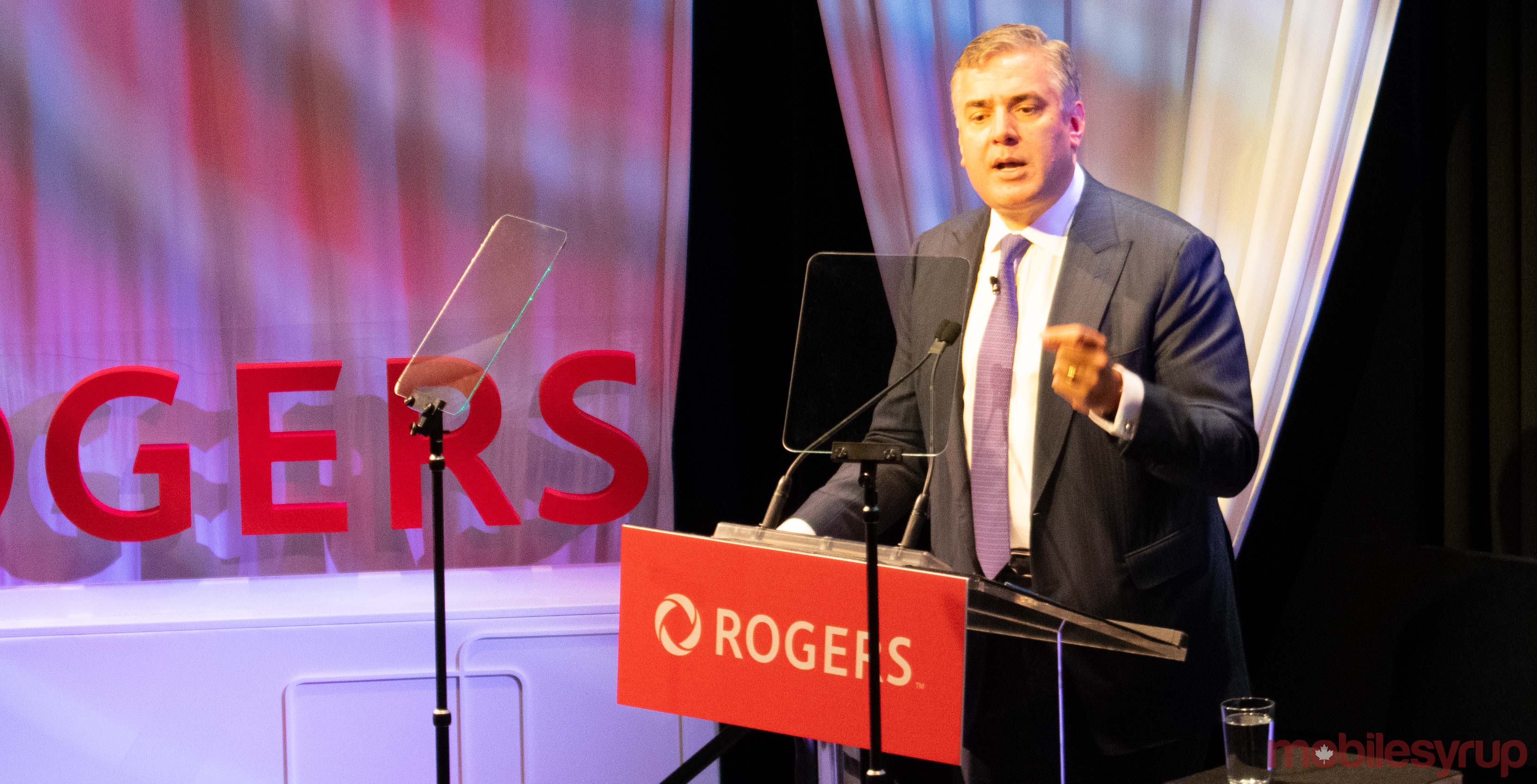 Rogers Communications’ CEO Joe Natale said despite an “intensive competitive period for the industry,” the company saw lots of growth and intends on seeing more growth in 2019.

During the carrier’s Q4 2018 earnings results conference call on January 24th, 2019, Natale said he didn’t plan on seeing the competition change in the coming year. He said that the company’s focus will be to maintain its base subscribers.

“We don’t see the competitive intensity changing or relenting at all in the year ahead. We still think there is penetration availability,” Natale said answering Bank of Montreal telecom analyst Tim Casey.

In the three-month period that ended on December 31st, 2018, Rogers’ total revenue was $3.938 billion CAD, according to its fourth quarter 2018 earnings report. That was a six percent change compared to total revenue earnings of $3.731 billion CAD the same period a year before.

He noted that in 2019, he expects the revenue to grow five percent and said the carrier has “solid momentum [and] a clear plan for growth and a disciplined capital program that will sow the seeds for the future.”

Despite competition coming from the other two major carriers, Bell and Telus, Rogers reported that it now has over 10 million prepaid and postpaid subscribers.

It noted that it added 112,000 net postpaid wireless additions, and even though it saw losses in prepaid subscribers (139,000 subscribers), it ended the quarter and the year on a strong note.

There was no talk of the contentious issues looming around Chinese telecommunications giant Huawei, but Natale briefly noted that its work with Ericsson to build out the 5G network in Canada is strong and going well.

“We believe 5G will radically transform and fuel the Canadian economy,” he said, referring to the next iteration of mobile technology.

To note, Rogers also signed a three-year partnership with the University of British Columbia to create Canada’s first 5G-hub.

Rogers reported that it had 25,000 net additions to its internet service and now has a total of 2,430,000 internet subscribers.

Despite the 16,000 subscriber loss in cable television services, Natale said it didn’t affect the company too much and noted that the launch of Ignite TV last June will propel the company further in the next year.

“Our goal is to push the power of Ignite and help customers manage their whole home around that not just as a stand alone but as an ecosystem,” Natale said, responding to Morgan Stanley telecom analyst Simon Flannery.

“TV is becoming an important entertainment feature set of the broadband connection,” he noted. “We will continue to find innovative ways to package that service and offering choice to our customers.”

Natale noted that Rogers didn’t really see any “remarkable wholesale shift in TV cord cutting” and said that the company is running at the same rate for the last little while, which is in the one to two percent range.