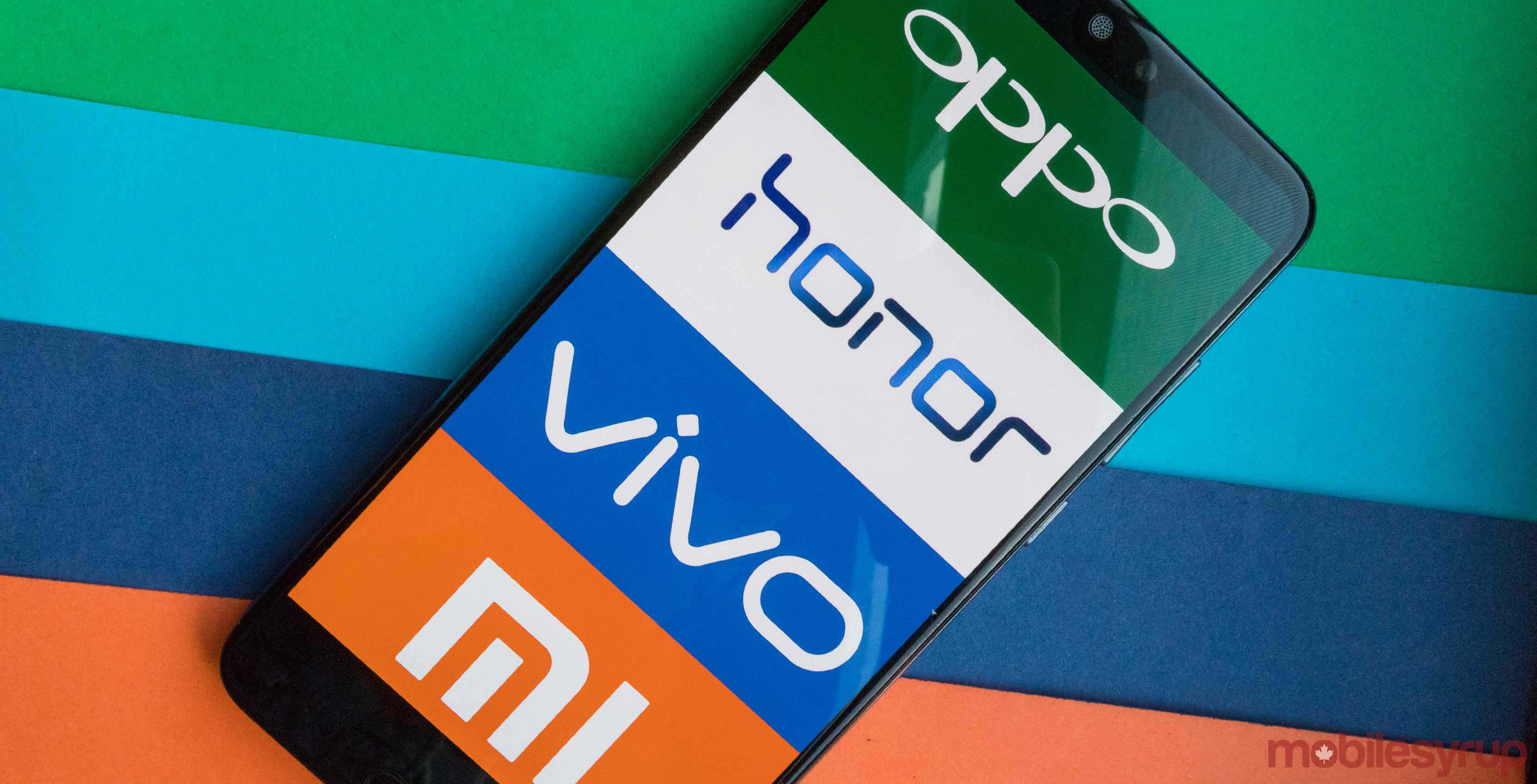 Canada has smartphone brands such as LG, Samsung and Apple, but the country is missing out on the many devices that are only available in Europe and Asia.

MobileSyrup has put together a list of the best Android devices that are difficult to acquire in Canada. The list mostly focuses on Android flagship devices from some of the biggest brands from around the world, but that get little to no recognition in Canada

Buyers beware: third-party retailers sell a lot of these devices. Make sure to take your time and read seller reviews to verify that the retailer has a good reputation. Amazon, eBay and Newegg all have decent refund policies, but you need to understand them completely before you make a purchase.

We’ve outlined the refund policies at the bottom of our listicle.

Another aspect of buying foreign phones is they don’t always come with Google’s services, most importantly, the Play Store. There are ways to download the apps and services after the fact, but sometimes it takes a lot of work. 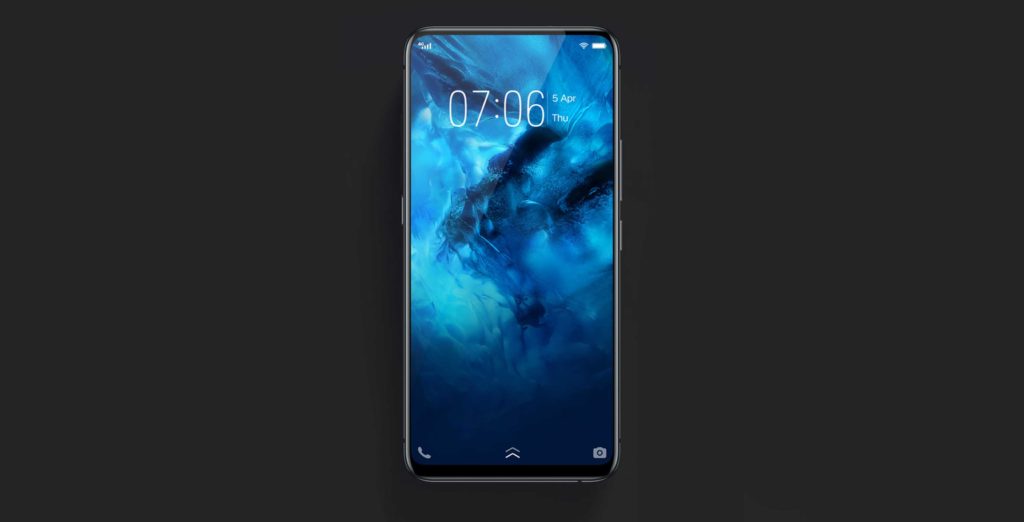 The Vivo NEX was one of the first phones to start the full edge-to-edge display craze. At Mobile World Congress in February, Vivo revealed a prototype handset called the APEX FullView.

The phone’s front-facing camera pops out of the top of the phone like a little jack-in-the-box. Besides that, it also has an in-display fingerprint sensor and a few other tricks up its sleeve.

The NEX features a 4,000 mAh battery, 8GB of RAM, a Snapdragon 845 and an almost a 6.6-inch super AMOLED display that remains beautifully unobstructed by a notch.

The phone also features a tiny bottom chin, but other than that it’s almost all-display.

Getting the Play Store on the NEX is a pretty easy process. Users need to open the phone’s settings and go into ‘Accounts and synchronization.’ Next, add a Google account. A pop-up then appears asking users to download the Google Play services. Select ‘Yes’ and wait until it finishes downloading. Once it does, the Play Store will now be on the phone’s home screen.

Those interested about the Vivo NEX can get 4G LTE depending on what carrier they’re with. Those with Rogers, Bell, Telus and Videotron should expect average 4G usage with the NEX. It won’t be the exact same coverage as phones purchased in Canada, however, it should provide decent signal, especially in urban areas. With MTS, SaskTel, and Eastlink, the phone should experience limited coverage as those telecoms use Band 4 and Band 13, and the Vivo NEX only supports Band 13. Usually, low and high frequencies are required for a better coverage. This means that those with Freedom Mobile may want to skip out on the NEX.

Amazon Canada: The phone starts at $860 CAD on Amazon. This model comes with 6GB of RAM and 128GB of storage. 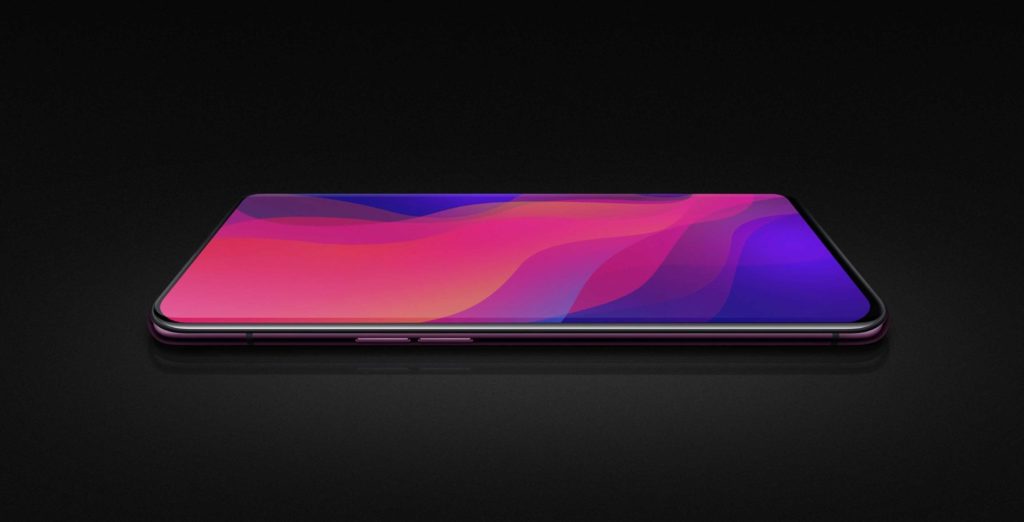 The Find X is the latest flagship from the Chinese manufacturer Oppo.

Oppo is the parent company of OnePlus and produces a wide range of handsets every year.

The Find X is one of the only edge-to-edge display smartphones without a notch. This is possible because of a section of its back that slides up to reveal the camera.

The handset features Qualcomm’s Snapdragon 845 chipset, 8GB of RAM and packs a 3,730mAh battery. On the outside, it features a 6.4 inch AMOLED screen that covers most of the front of the phone.

Downloading the Play Store is a little trickier with the Find X. To start off go to APKMirror.com and download the latest version of the Play Store. Next, install the app. Once the app is done installing, it should prompt users to download Google Play services. Agree to this dialogue box and then everything should be good to go.

The Find X appears to use a number of low 700Mhz frequencies but avoids Band 7, a commonly used frequency for Bell, Telus, Rogers and Videotron. It seems that the phone has enough high frequencies to get acceptable coverage. So while you should usually be connected to 4G, don’t always expect the fastest speeds. It’s unclear if the Oppo Find X uses Band 4 or 13. This means that if you’re with MTS, SaskTel, Eastlink and Freedom, purchase the Find X at your own risk.

Amazon Canada: On Amazon.ca, the Find X sells for $1,369 CAD. Both colour options are available.

eBay Canada: On eBay, the price of the Find X ranges from $730 to $1,487 CAD at the time of writing. We’d recommend choosing an option from a ’Top Rated Seller.’ 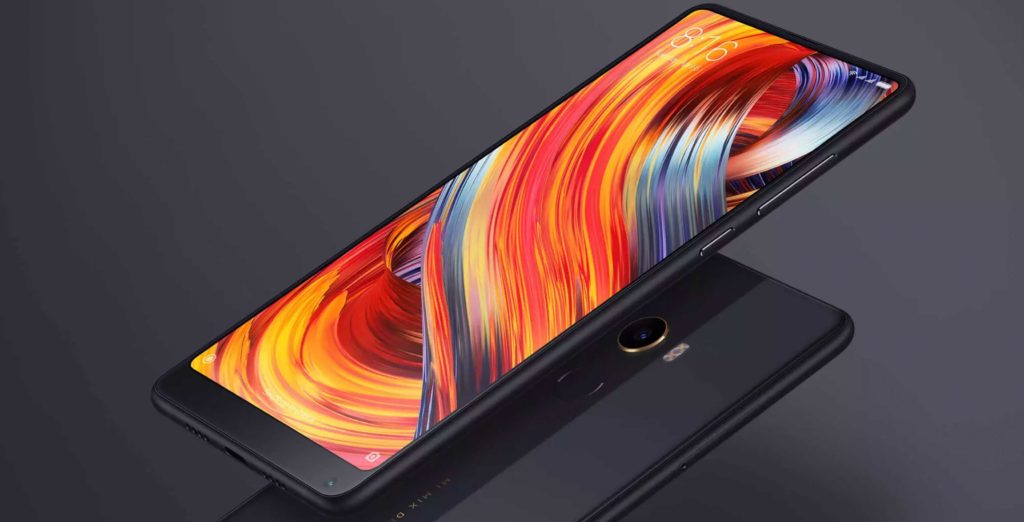 The Xiaomi Mi Mix 2S is arguably one of the company’s best smartphones. That said, Xiaomi also currently has two flagship offerings with similar specs.

The Mi Mix 2s is one of the harder phones to get the Play Store on. The global versions of Xiaomi’s phones often come with Google Play, but the Chinese models do not. To learn how to install Google services on Xiaomi phones click here.

The Xiaomi Mi Mix 2S features a Snapdragon 845 processor, up to 8GB of RAM, up to 256GB of storage, dual 12-megapixel rear camera sensors and a 5-megapixel selfie shooter.

Since the Xiaomi Mi Mix 2S includes Band 4, Band 13 and Band 7 support, expect pretty full 4G coverage with Canadian carriers, except Freedom Mobile. Freedom is testing Band 13 in select markets, so depending on if you’re in one of these specific regions, you may experience full 4G speeds.

Newegg: Newegg sells both the white and black variant of the Mi Mix 2S. The two phones retail for different prices though. At the time of writing, the white option costs $815, while the black one costs $789. Both offer 6GB of RAM and 64GB of storage. 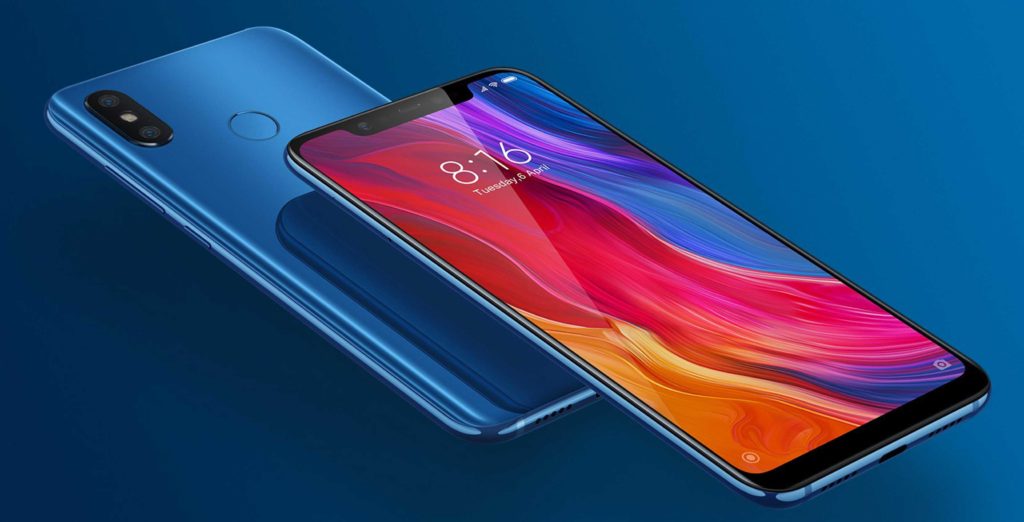 The Xiaomi Mi 8 is the second flagship available from Xiaomi. The phone features a 6.21-inch display with a hefty iPhone X-style notch. Further, it includes up to 8GB of RAM, 256GB of storage, dual 12-megapixel rear-facing camera sensors and a 20-megapixel selfie shooter.

Xiaomi Mi 8 lacks Band 13, however, the phone does feature Band 12 and Band 17 to make up for it. Expect average coverage with Rogers, Bell, Telus and Videotron However, you’ll also experience mediocre coverage with  MTS, SaskTel, Eastlink and Freedom Mobile.

Newegg: At Newegg, it appears the phone is available starting at $759 and goes up to $839. The variant available at Newegg features 6GB of RAM and 64GB of storage.

Amazon Canada: The Xiaomi Mi 8 is available through Amazon Canada. However, this listing doesn’t feature Prime shipping. At Amazon, Kiletrading sells and ships the device for $813.99. Kiletrading also has mixed reviews. 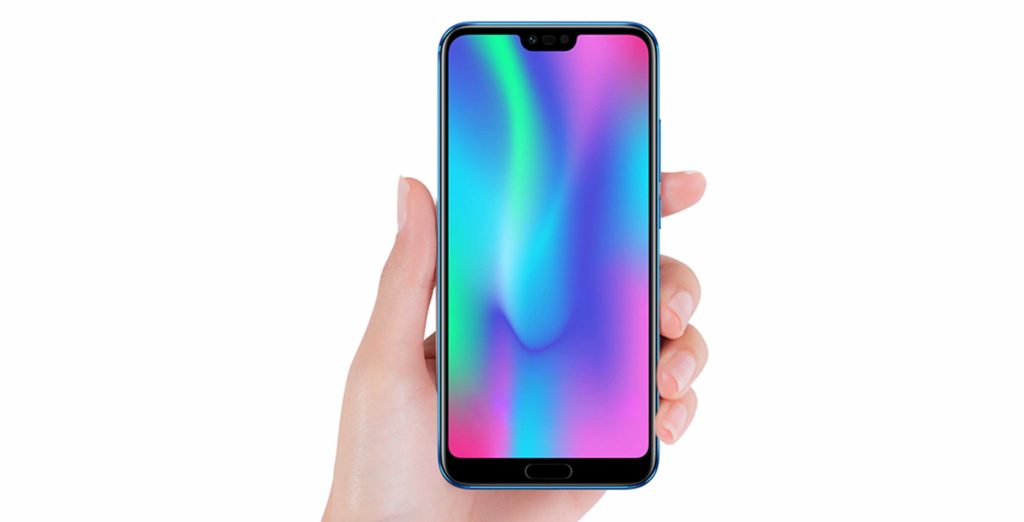 Besides the P20 Pro, Huawei has other flagship offerings, such as the Honor 10. The Honor 10 shares many similarities to the Huawei P20, such as the 5.8-inch display, 970 Kirin processor, a 3,400mAh battery and a front-facing fingerprint scanner. The phone features a dual camera setup with a 16-megapixel shooter and 24-megapixel shooter.

It isn’t easy to get the Play Store on Honor phones, either. Users need to download a program called GMS Installer to get the Google Play services, then from there, you can sideload the APK for the Play Store. There is an in-depth walkthrough on the XDA forums, here.

Amazon Canada: The Huawei Honor 10 is available at Amazon Canada for $886.48. This variant comes with 4GB of RAM and 128GB of storage. 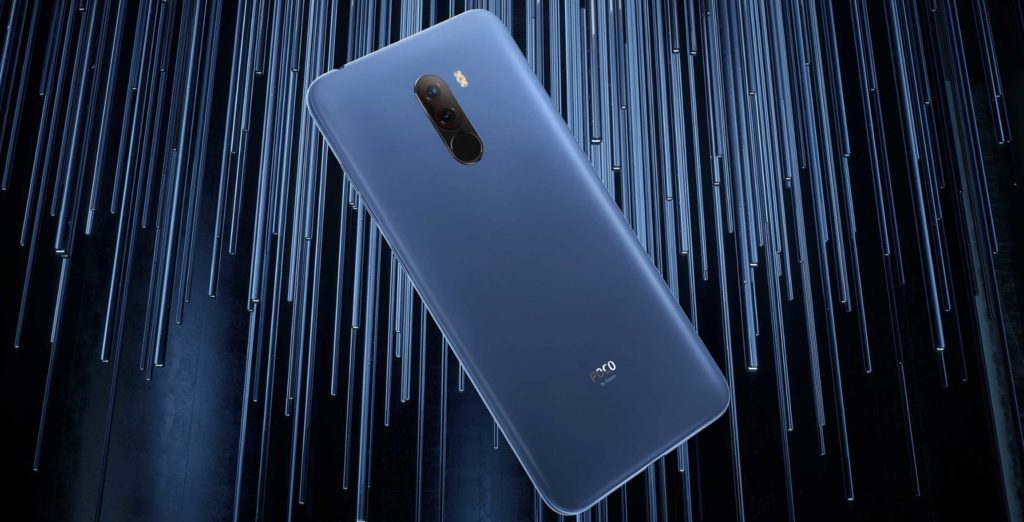 Xiaomi’s newest Pocophone features a 6.18-inch IPS LCD display with a Snapdragon 845 processor, up to 8GB of RAM and up to 256GB of storage. The phone also has a dual rear-camera setup with a 20-megapixel selfie shooter. While the phone seems excellent and features a low price, even when converted to Canadian, it lacks wireless charging, IP68 water resistance and NFC.

Amazon has a lengthy set of rules regarding returns or refunds when users order from a third-party retailer.

For the most part, the retail giant wants users to interact with the retailer they bought their goods from. If the buyer can’t come to an agreement with the seller, Amazon has its A-to-Z Guarantee Protection.  The protection kicks in after 30 days from the order date or 3 days past the item’s maximum order date.

Users can file one of these claims if they need to work with Amazon to get a refund.

Every user is limited to 50 A-to-Z claims over their lifetime. The maximum amount of money that a user can receive per claim is $2,500 CAD, which should be enough to cover a smartphone.

To file a claim, visit the ‘Your orders’ section of the site. Click on the order you want to make a claim on and click ‘File/View Claim.’ Then enter the information you need and click ‘Report problem.’

eBay, like Amazon, wants users to work with the seller before trying to make a claim with the company. If that isn’t working, the company has a money back guarantee that covers virtually all items and the cost of shipping on the site.

So if you’ve reached out to your seller and they’re not cooperating, Reach out to eBay after three business days.

To start the process, go to the purchase history in the ‘My eBay’ section of the site. From there, choose the item you want the refund on. If the seller wants the product back, ship it back and then eBay will step in and make sure everyone has their money.

Newegg’s standard return for smartphones is 15 days for a replacement. However, if they do not have a phone to replace, then you’ll get a refund. Newegg prefers consumers first work with sellers. Further, depending on where you purchase there is also a restocking fee. To learn more about it, click here.

Canada Computers has a 14-day return/exchange policy. Users have to return the package in the same condition purchased. Mobile phones also have a 10 percent restocking fee.

Update:30/08/2018: Videotron uses bands 4, 7, 12 and 17, giving more 4G access to a lot of these devices, than what was originally reported. We have corrected the above article to reflect this information.