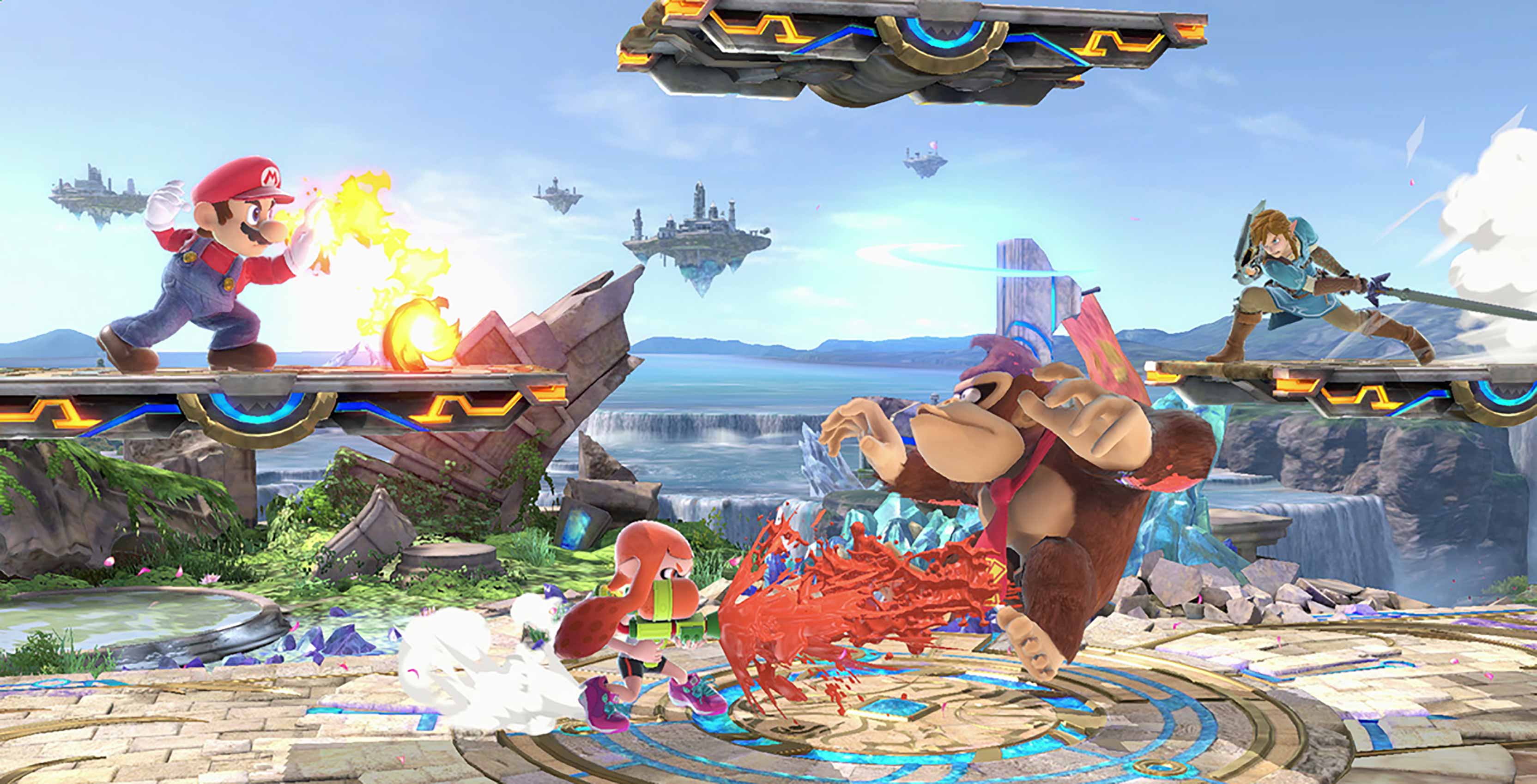 The massive pop-culture event will take place once again at the Metro Toronto Convention Centre from August 30th to September 2nd.

As is the case every year, a number of video game publishers will be bringing a variety of their anticipated titles for fans to play. There are also some other video game-related attractions, including voice actors and other talent behind some of the most popular games.

Below is a list of video game-related programming that you can check out at Fan Expo Canada.

FIFA 19 — EA Vancouver’s annual sports franchise is returning to the Nintendo Switch this year. The Switch version of FIFA 19 is intended to largely be the same as it is on other consoles, featuring the final chapter of Alex Hunter’s story from the last two FIFA entries and other game modes.

Mega Man 11 — Capcom’s Mega Man 11 will feature the series’ signature action-platforming gameplay, as well as a 2.5D aesthetic. Mega Man 11 marks the first release in the series in several years.

Starlink: Battle for Atlas — Developed by Ubisoft Toronto, Starlink will take players on a galaxy-spanning journey across a variety of distinct planets. The game will feature optional toys-to-life elements and, as a Nintendo Switch exclusive, characters and spacecraft from the Star Fox franchise.

Super Smash Bros. Ultimate — Nintendo’s biggest Smash Bros. game ever is coming to Canada for the first time. Notably, Ultimate will include every fighter to have ever been playable in a Smash Bros. title, as well as newcomers like Castlevania‘s Simon Belmont and Donkey Kong‘s King K. Rool.

Beat Saber — This PlayStation VR rhythm game is a delightful mix of Guitar Hero and Star Wars. You’ll have to slash along to the beat of licensed and original songs to rack up a high score.

Blood and Truth — As elite special forces soldier Ryan Marks, you’ll have to work your way through the London underground to save your family from a ruthless crime lord. With the PlayStation VR’s Move Controllers, you’ll be able to engage in high-octane shootouts in an experience inspired by PS VR launch title The London Heist.

Call of Duty: Black Ops 4 — This year, Activision has done away with Call of Duty‘s traditional single-player campaign to instead feature a more robust online content offering, including the series’ first-ever battle royale mode. It’s worth noting that Quebec City-based Beenox is helping regular Black Ops developer Treyarch on the PC version of the game.

Kingdom Hearts III — The long-awaited Square Enix and Disney crossover game is playable to the public for the first time in Canada. Players will be able to try out demos featuring the boss fight with the Olympus Coliseum rock Titan Lythos and the Toy Story world of Toy Box.

Spider-Man — Try out the PS4 exclusive open-world Spider-Man game at Fan Expo before it launches on September 7th. Developer Insomniac Games has crafted an original Spider-Man story for the game, which sees Spider-Man facing off against a growing crime threat in New York after taking down the Kingpin.

LEGO DC Super-Villains — In this LEGO DC Comics game, the bad guys are finally taking over. With the Justice League missing, a team of super-villains led by The Joker will find themselves fighting a new team of superheroes that may not be the do-gooder they claim to be.

Assassin’s Creed Odyssey — In Ubisoft Quebec’s action-adventure game, players can choose between a male or female protagonist and experience the Assassin’s Creed series’ first-ever dialogue choice system. Odyssey is set in 431 BC during the Peloponnesian War and builds on the revamped combat and gear systems of last year’s Assassin’s Creed Origins.

Forza Horizon 4 — This year’s Forza racing game takes place in a fictionalized version of an open-world United Kingdom. The game will feature over 450 licensed cars and multiplayer modes that support up to 72 players.

Ori and the Will of the Wisps — As the platforming-adventure ‘Metroidvania’ sequel to 2015’s acclaimed  Ori and the Blind Forest, Will of the Wisps will see players once again assuming the role of guardian spirit Ori. This time, Ori must set off into an exotic world to encounter new allies and unravel his true destiny.

PlayerUnknown’s Battlegrounds — PUBG will be at Fan Expo Canada a week ahead of the launch ofits full release on Xbox One on September 4th. On that day, Xbox One players will be able to jump into the smaller, firefight-focused Sanhok map and take advantage of a new in-game economy to purchase items.

Shadow of the Tomb Raider — Eidos Montreal’s first Tomb Raider game continues the story of 2013’s Tomb Raider and 2015’s Rise of the Tomb Raider, featuring a Lara Croft on a darker, more self-destructive path. In the action-adventure game, Lara must face off against the enigmatic Trinity organization to prevent a Mayan apocalypse.

Tom Clancy’s The Division 2 — Ubisoft’s online action-RPG takes place in Washington, D.C. six months after the events of The Division. The sequel is set to feature eight-player raids and deeper gear and customization options.

Outside of specific game demos, here are miscellaneous game-related events and people you can check out.

Cuphead signing — Maja Moldenhauer, artist and producer on Canadian-developed indie darling Cuphead, will be signing in the EB Gamer Zone on Saturday, September 1st from 1pm to 2pm.

Grand Theft Auto V lead actors — The three main actors from Rockstar Games’ massively popular Grand Theft Auto V — Ned Luke (Michael), Steven Ogg (Trevor) and Shawn Fonteno (Franklin) — will be appearing on the Friday, Saturday and Sunday of the show. During this time, the trio will give autographs and take pictures with fans, as well as take part in a panel on Sunday at 2:30pm to discuss what it was like working on GTA V.

Uncharted fan film screening — Toronto filmmaker Allan Ungar will be hosting a screening and Q&A for his Nathan Fillion-starring Uncharted YouTube fan film that released last month. The event will take place on the Friday, August 31st at 5pm in Room 715B.

A full list of EB Games signings and timings can be found here.

If you’re going to Fan Expo Canada, you can download a free companion app on Android and iOS that gives you the full program schedule, lists of guests and real-time updates. You’ll also get points for doing various activities in the app, such as building a custom event schedule, which can then be redeemed for rewards.