Update 11/05/2020: Over the last two years, Newton has gone through a rollercoaster of ownership. The email app has now found a new home and will start getting new features in the coming months. Plus, the subscription cost is now $49.99 CAD and not the more expensive one originally included in this story. Those interested in Newton should keep an eye on the app to see what happens under the new leadership.

I get a lot of email and I’m sure some of you do too.

Between school, work and personal life, I’ve had as many as six emails going at any given time. On top of this, I also get a lot of email spam, usually from apps or newsletters.

Different emails mean different apps. I was bouncing between Gmail, its one-time superior sibling Inbox and Outlook. Honestly, This was a lot to manage and made me fairly unorganized.

Enter Newton. The app let me pull all my email accounts into one interface. It colour codes emails so I can see at a glance which accounts they belong to. Additionally, I’m able to isolate one account if I need to focus on that.

Like other email apps, Newton helps filter out spam. However, you can dial that filter up to eleven using Tidy Inbox. The feature lets you pick a category of emails — for example, newsletters. The app automatically filters your newsletters out of your inbox and into a different folder.

Tidy Inbox learns over time as well. If a newsletter you like gets filtered, you can move it back to your inbox and Newton will remember that. 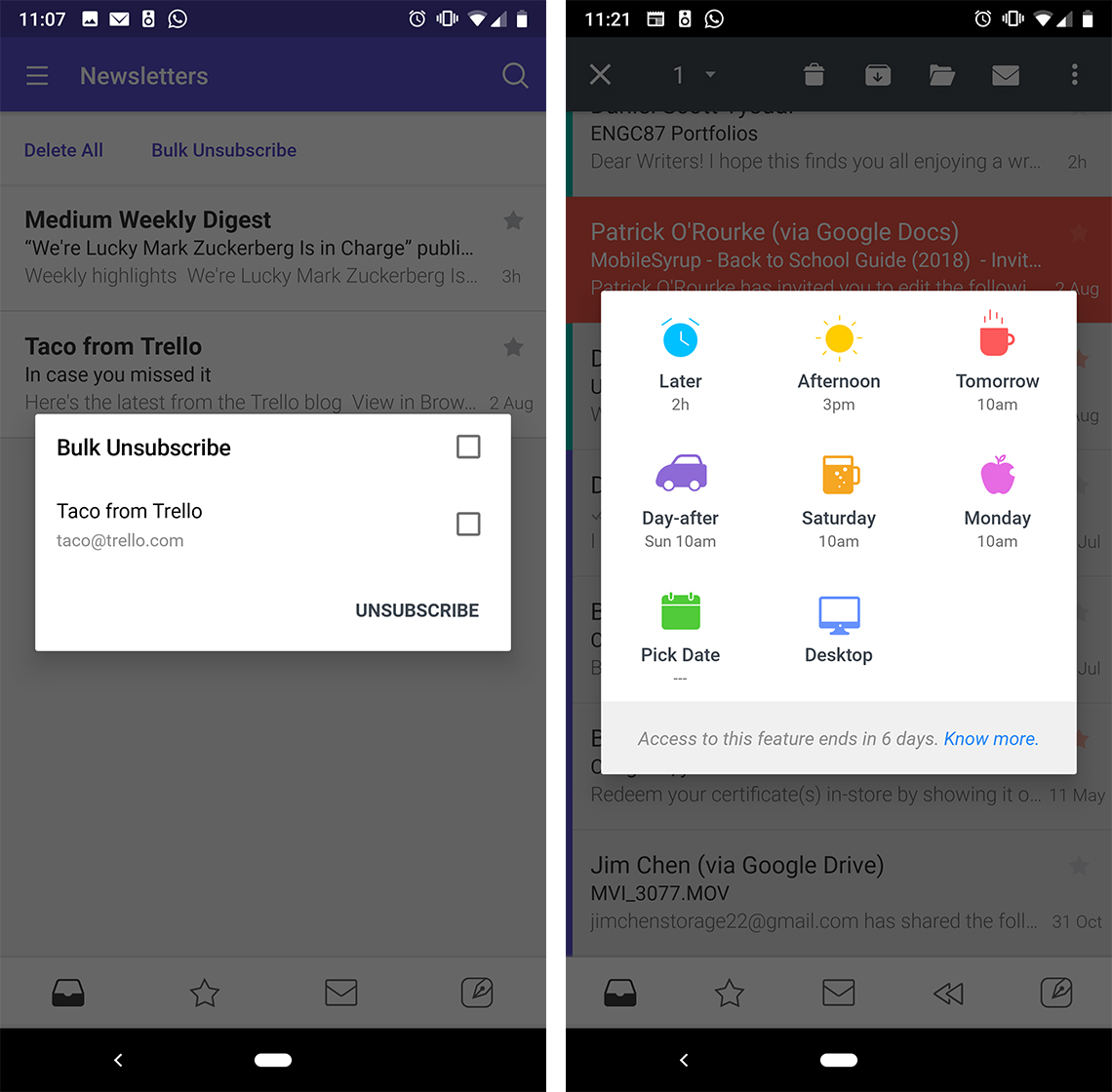 However, for me the best part of this was the mass unsubscribe button placed in the newsletter folder. While it didn’t work for every newsletter, it helped me cut down on a lot of newsletter spam that had previously cluttered up my inbox.

They saw it, they read it

Newton borrowed a handy feature from instant messaging. Read receipts make it easy to see if someone has opened your email.

Furthermore, Newton took this to the next level as well. When sending an email, you can have Newton notify you when the recipient reads it. You can also have Newton remind you if they haven’t so you can follow up.

Finally, Newton lets you snooze emails for later and send emails later. You can schedule all your emails to go out the following morning so they’re at the top of the recipient’s pile.

Recap seals up the cracks

Newton helps stop emails from slipping through the cracks with its handy Recap feature. Recap reminds you about emails you haven’t answered yet, emails with due dates and more.

It’s a handy little feature and it certainly helps keep on top of things. However, for people who use their inbox as a sort of to-do list, Recap can get a little annoying. 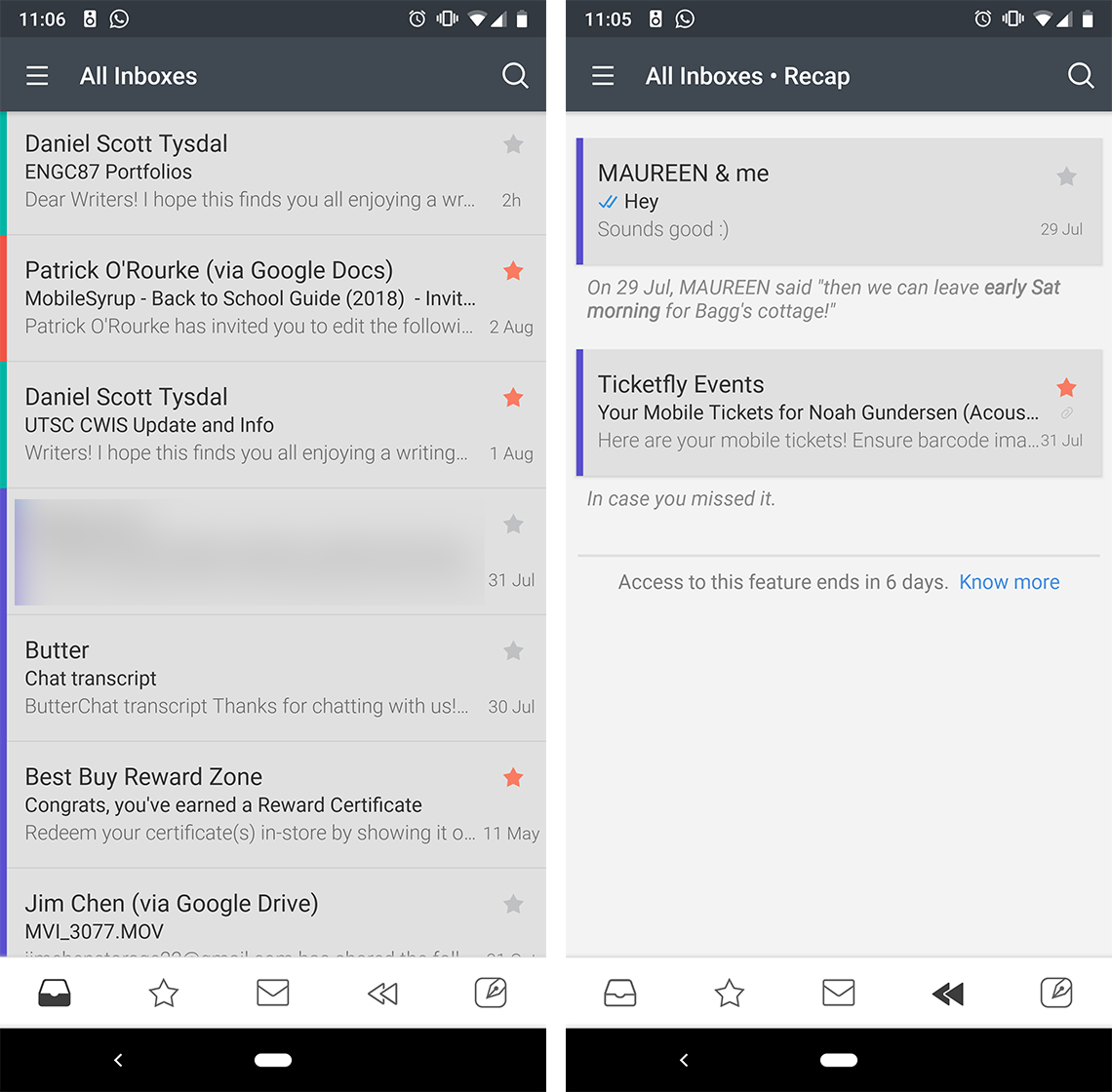 I tend to leave a bunch of emails in my inbox as reminders. Recap picks those up and reminds me about them. While that’s Recap doing it’s job, it can be frustrating when I already know about the thing Newton is reminding me about.

Overall, Recap is a benefit — one of many offered by Newton. Newton isn’t perfect, however. I use it on both my laptop and smartphone and often I’ll receive an email and deal with it on my laptop. Minutes later, I get the same email on my phone.

Furthermore, one feature I miss from Gmail and Inbox is the automatic responses. It was incredibly convenient to tap a button and have an email ready to go!

It’s a small nitpick, however.

A bigger nitpick is the price. After a free 14 day trial, Newton asks for a $9.99 USD monthly subscription. Alternatively you can pay a yearly fee of $99.99 USD (about an 8 percent discount).

If awesome email is worth the price for you, I certainly recommend Newton — you can’t go wrong with it.

Newton is available for Windows, Mac, iOS and Android.

Premium email service Newton is shutting down in September