Despite debuting about six months apart, the Sony Xperia XZ Premium and XZ1 both came to Canada in the fall of 2017.

The devices — priced at $830 and $850 CAD, respectively — are also very similar in terms of hardware.

Both feature Snapdragon 835 chipsets, stereo speakers, IP68-certified water and dust resistance and, as always, an intriguing camera setup built by a company known for its prowess in the industry.

The only major differences? The XZ Premium is larger, has a bigger battery capacity and offers a 2160 x 3480 pixel screen resolution in contrast to the XZ1’s 1080 x 1920 pixel resolution. Canadian users should note, however, that only the XZ1 has its side fingerprint sensor enabled in the Canadian market.

When it comes to camera experience, however, the two devices are effectively identical — so I thought it would make sense to test out both of them for a deep dive into Sony’s latest premium mobile camera tech.

Camera quality is one of the main sticking points for Sony fans. I frequently see Xperia users lauding their camera’s ability to capture vibrant colours.

And camera excellence would make sense for Sony. After all, the company makes some really well-regarded DSLR and mirrorless cameras, and it produces camera sensors that make their into handsets from Google and Apple.

Among critics, though, Sony generally doesn’t get much love for its mobile cameras. Case in point, DxOMark recently re-tested the Xperia XZ Premium under its new criteria not long ago and gave it an underwhelming score of 83.

But there’s been a healthy amount of push-back to DxOMark’s review, as well as most other negative reviews of the Sony devices and their cameras. 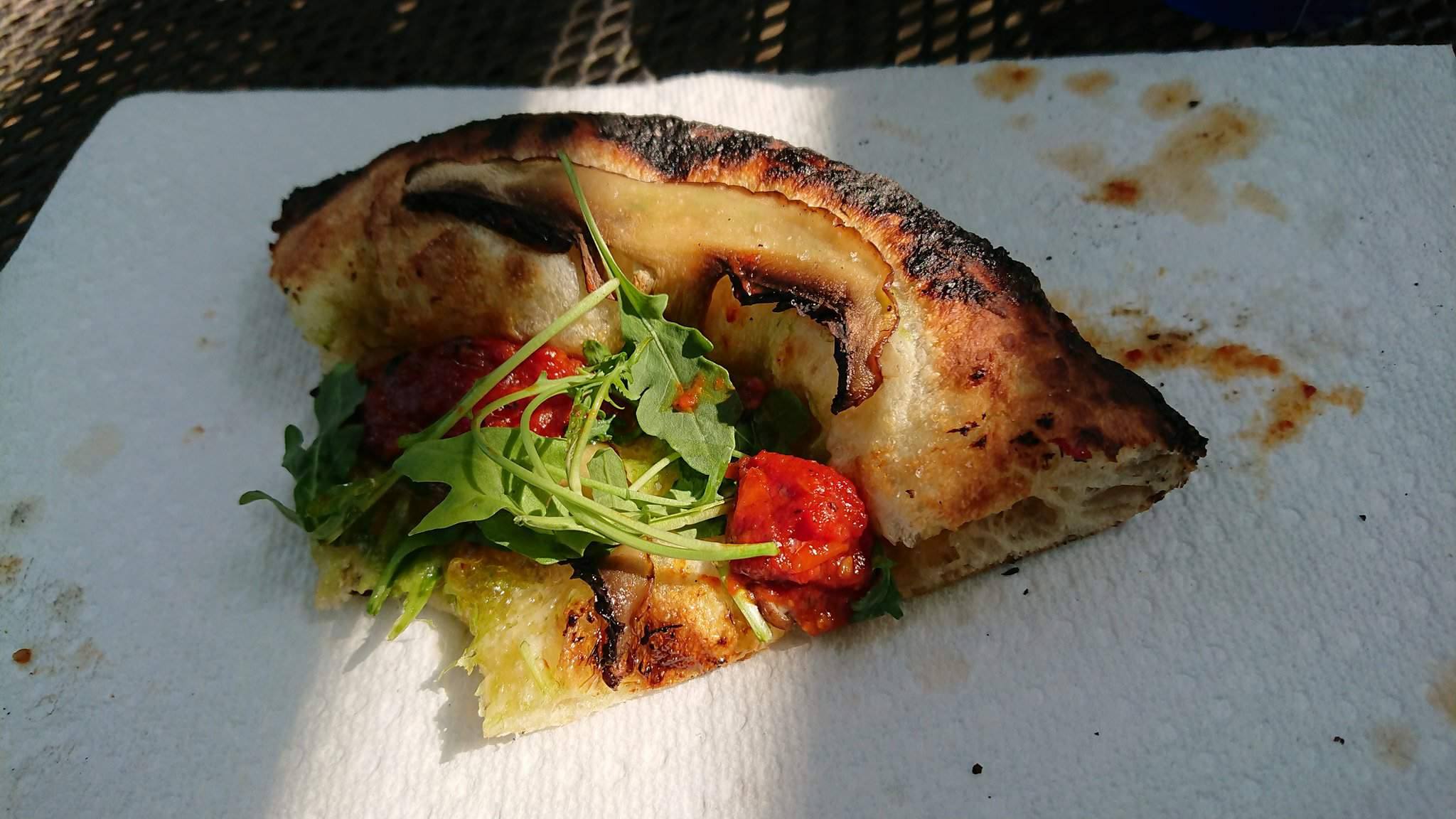 So, in the interest of doing the camera justice, here’s a breakdown of everything you can do with the Sony Xperia XZ Premium’s and XZ1’s cameras. It may not justify the outright price tags, but it’s definitely worth reviewing – if only as a reference point for future Sony flagships.

First off, it’s worth mentioning that I had slightly different launch experiences with the XZ Premium and XZ1. Whereas the XZ Premium’s camera was quick to launch, without any bugs or crashes, and was relatively quick to shoot as well, the XZ1 was slower to launch and crashed once or twice — though not so often that it became an issue.

One of the main selling points of both devices is the camera’s ‘Motion Eye’ ability to record in ‘super slow motion’ – 960 frames per second in High Definition (720p). It’s a unique feature that the company executes extremely well.

The slow-motion feature is supported by a memory-stacked image sensor which adds memory between the camera sensor and the phone’s processor, allowing for faster readout (the process of transferring data and displaying it in an understandable form).

This is mainly a hardware feature, not software, and its performance was consistently impressive. My only issue pertained to the larger concept behind the feature – yes, it’s neat, but only in certain instances. When I want to take a cool novelty video of my cat running down the hallway? That’s a perfect instance to shoot in slow motion. When I’m using my camera to take a picture of food, friends or myself (my most common mobile camera subjects), then it’s not so useful.

Much like taking a panorama, shooting in slow motion isn’t something many smartphone users do on a daily basis. That’s why features like zoom and wide-angle, focused on by companies like LG and Apple, have become popular and returned to new devices consistently over the past few years. Those features are useful in almost any situation.

Another interesting element of the XZ Premium and XZ1 camera is its predictive camera feature, which is not unique among flagships, but has a user-friendly implementation that I found really enjoyable to use. 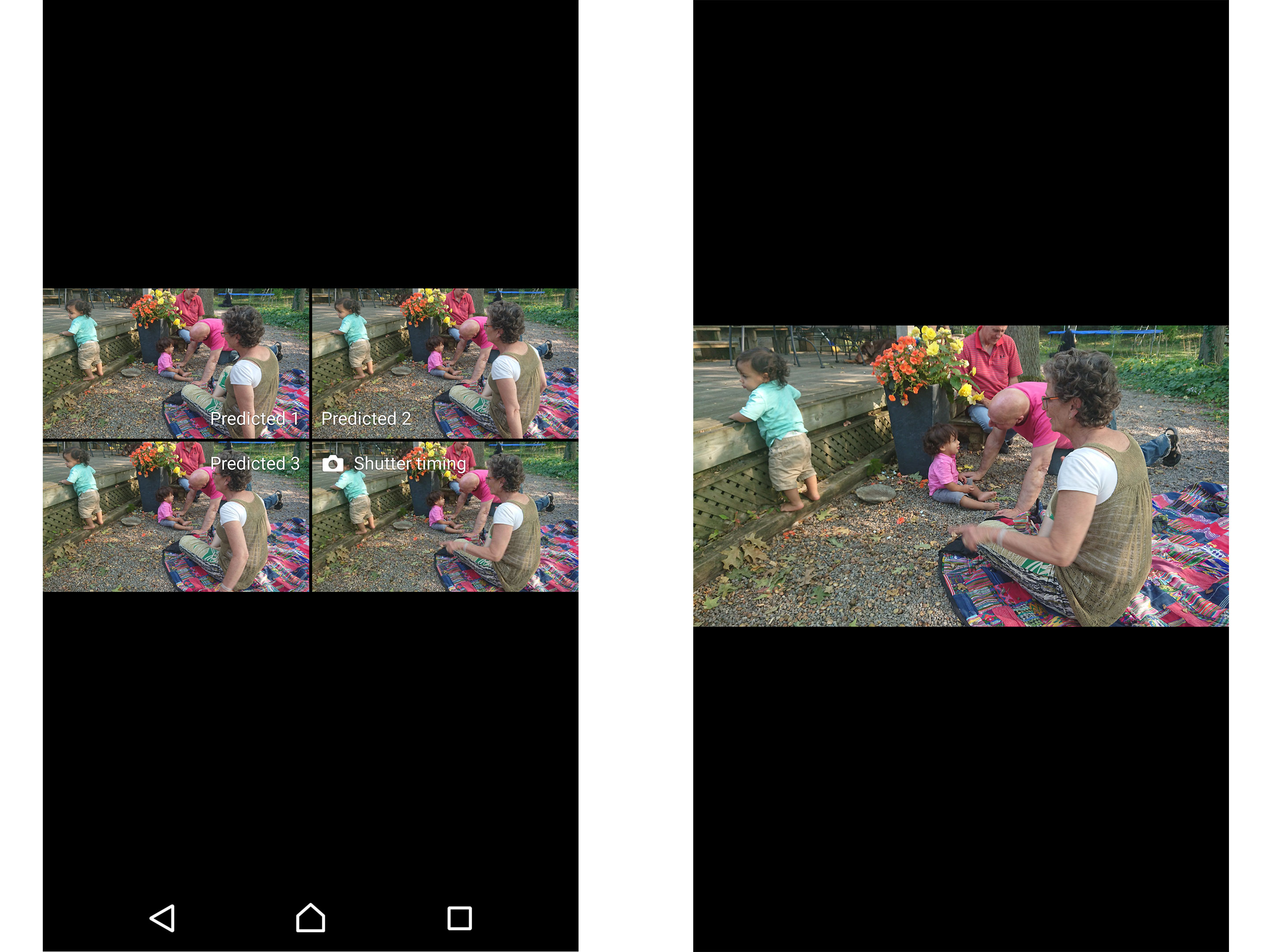 With this feature, the camera snaps pictures in the background immediately upon opening, allowing users to select from the previous three frames before they pressed the capture button. While other handsets, like Google’s Pixel, do the work for you and provide an optimized shot using various captures, I enjoyed the control of going to the album and selecting one out of a collection of four captures.

Another notable feature is Sony’s new 3D Creator app, which lets users take 3D scans that can then be used for 3D printing, GIFs or just plain old social media posting. The feature was available on the Android Oreo-running XZ1 out of the box, and came to the XZ Premium with the late October Oreo roll-out, alongside an autofocus burst shot feature and predictive capture that specifically tracks smiles.

Scanning a human head into the 3D Creator app is an experience that’s deeply frustrating, while the result is somewhere between terrifying and hilarious. 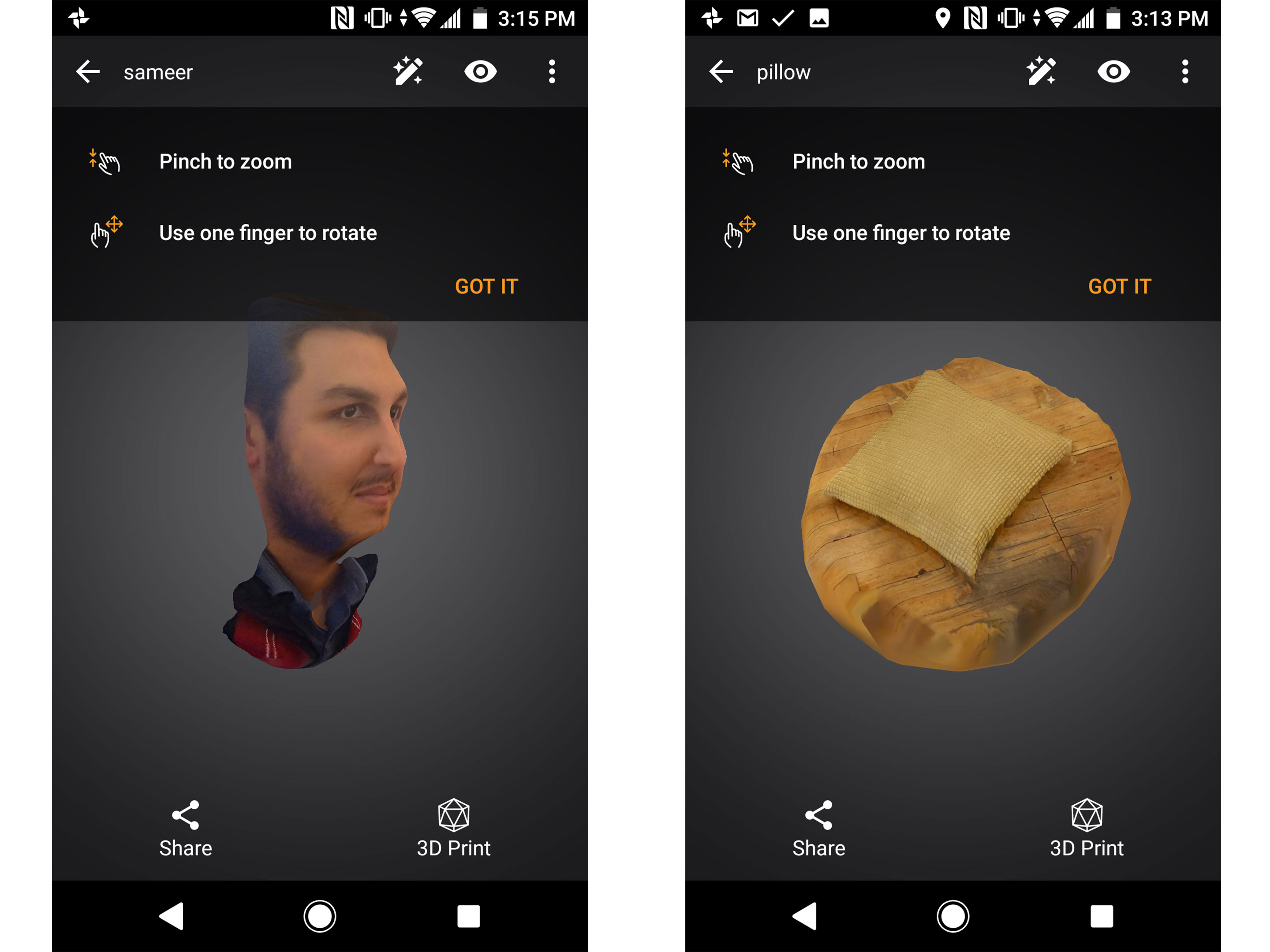 The frustration arises from the fact that it’s a long process that requires your subject to stay perfectly still, and often halts when you move too quickly or if you’re conducting the scan in mediocre indoor light. What you get at the end of the process is not bad — but since even small differences make for a creepy uncanny valley look, it’s not something I’d want to 3D print into existence.

Scanning objects was easier, and the scans ended up looking quite accurate. I could certainly see individuals using these scans as a basis for a 3D print or model, and to that extent, the tool served its purpose, even though it’s not quite as polished as I would’ve hoped.

As for the autofocus burst mode, I enjoyed the fact that just holding down on the camera button takes a series of rapid-fire pictures — the convenience of the feature is really useful for capturing spur-of-the-moment action. 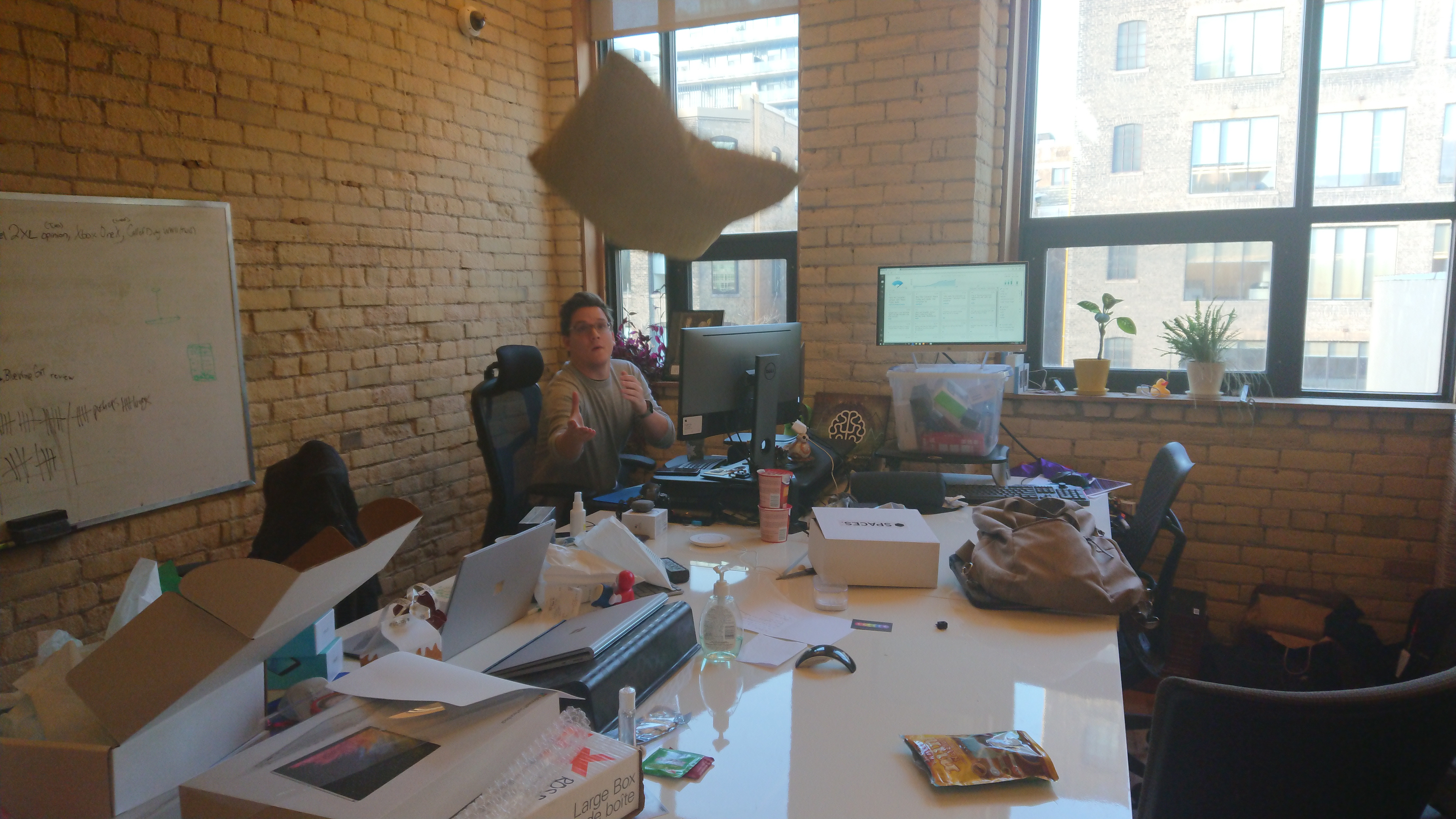 In terms of the phone camera’s base technology, both devices stock a 19-megapixel rear sensor – down from the 23-megapixel sensor seen in previous Sony flagships. Sony says this is to aid with low-light shooting, since it allows for 10 percent bigger pixel size.

As for aperture, another important element when it comes to low-light photography, both cameras feature an unimpressive f/2.0. 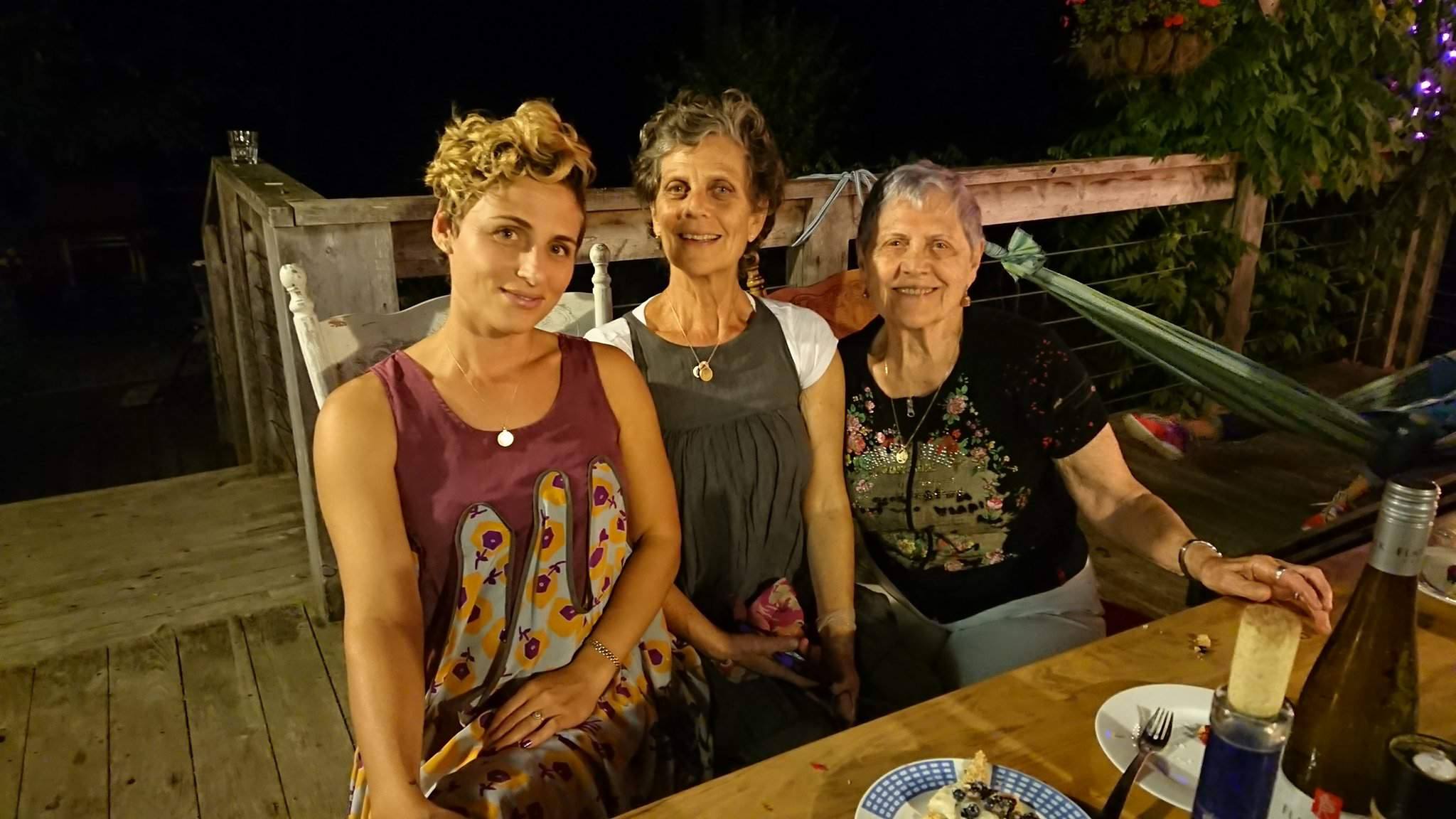 In its recent test, DxOMark found that the XZ Premium’s camera “gets the job done,” but faltered in both overly bright and low-light shooting situations when it came to photographs. The reviewer also noted that a lack of stabilization and detail were an issue, particularly when it came to video.

I agree with most of the website’s points — but I’d like to point out that there are some elements of the XZ Premium’s (and by extension the nearly identical XZ1’s) mobile camera that, while they may not appeal to photography buffs, are beloved by fans.

Yes, I found the pictures prone to flare in any sort of direct sunlight; yes, there was a rather extreme loss of detail indoors and yes, image stabilization left much to be desired (I managed to take a blurry picture of a cup of tea while sitting calmly at my desk in full daylight) — but the colour saturation is intense and appealing. 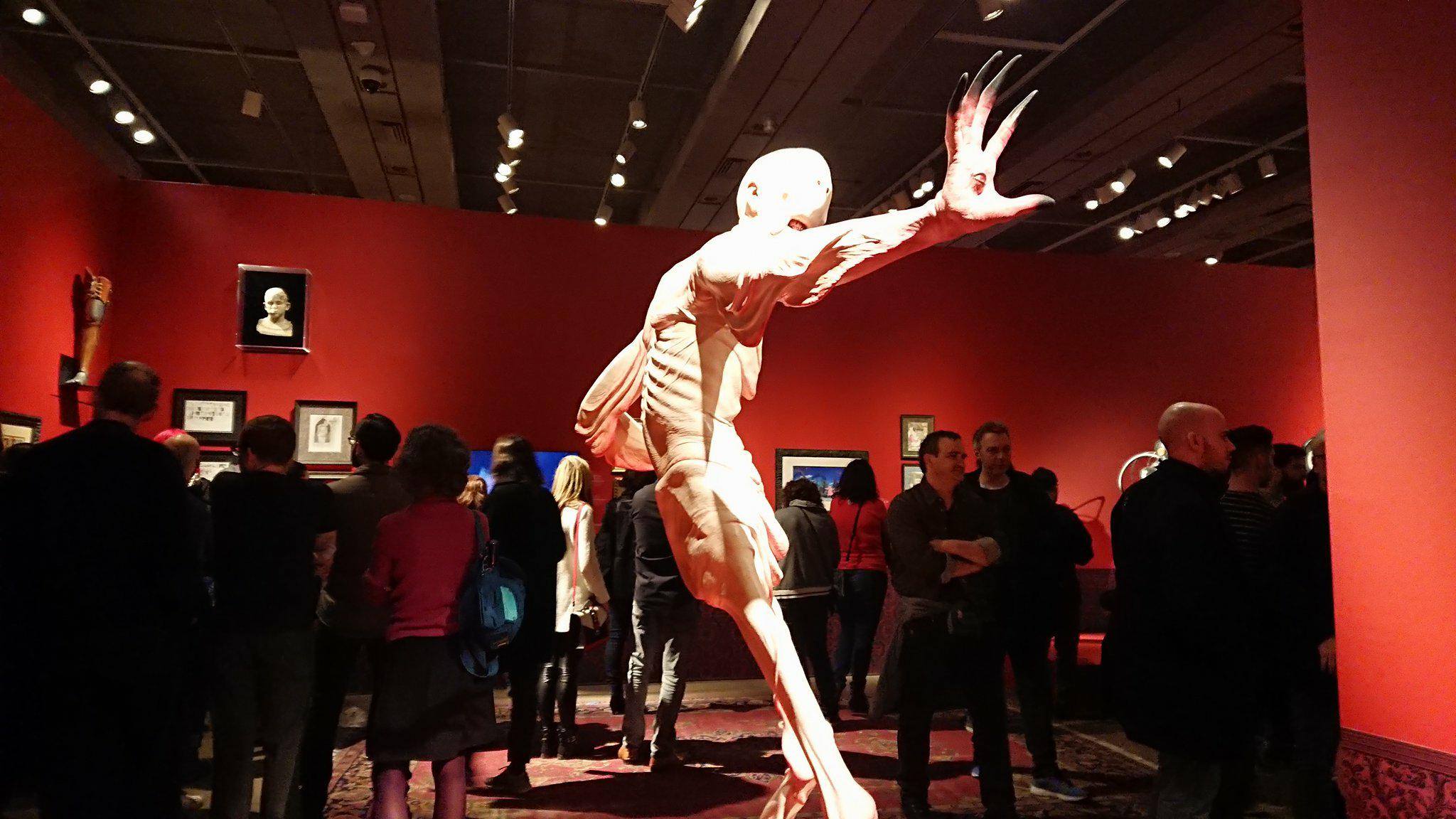 For instance, a picture taken with the iPhone 7 might show a more colour-accurate version of the blue sky and the green grass as it really appears – but the XZ1 or XZ Premium’s camera might provide you with eye-popping blues and greens that makes you wish you were there.

The reason I say “might,” is because of the XZ Premium’s and XZ1’s poor ability to deal with scenes that have a high dynamic range, with patches that are very bright and spots that are very dark. A lot of detail gets lost in the shadows.

In outdoor light that’s not too harsh, though, the XZ Premium and XZ1 are capable of capturing some great shots. At night, blur and lack of detail are issues, but the colour reproduction remains impressive. 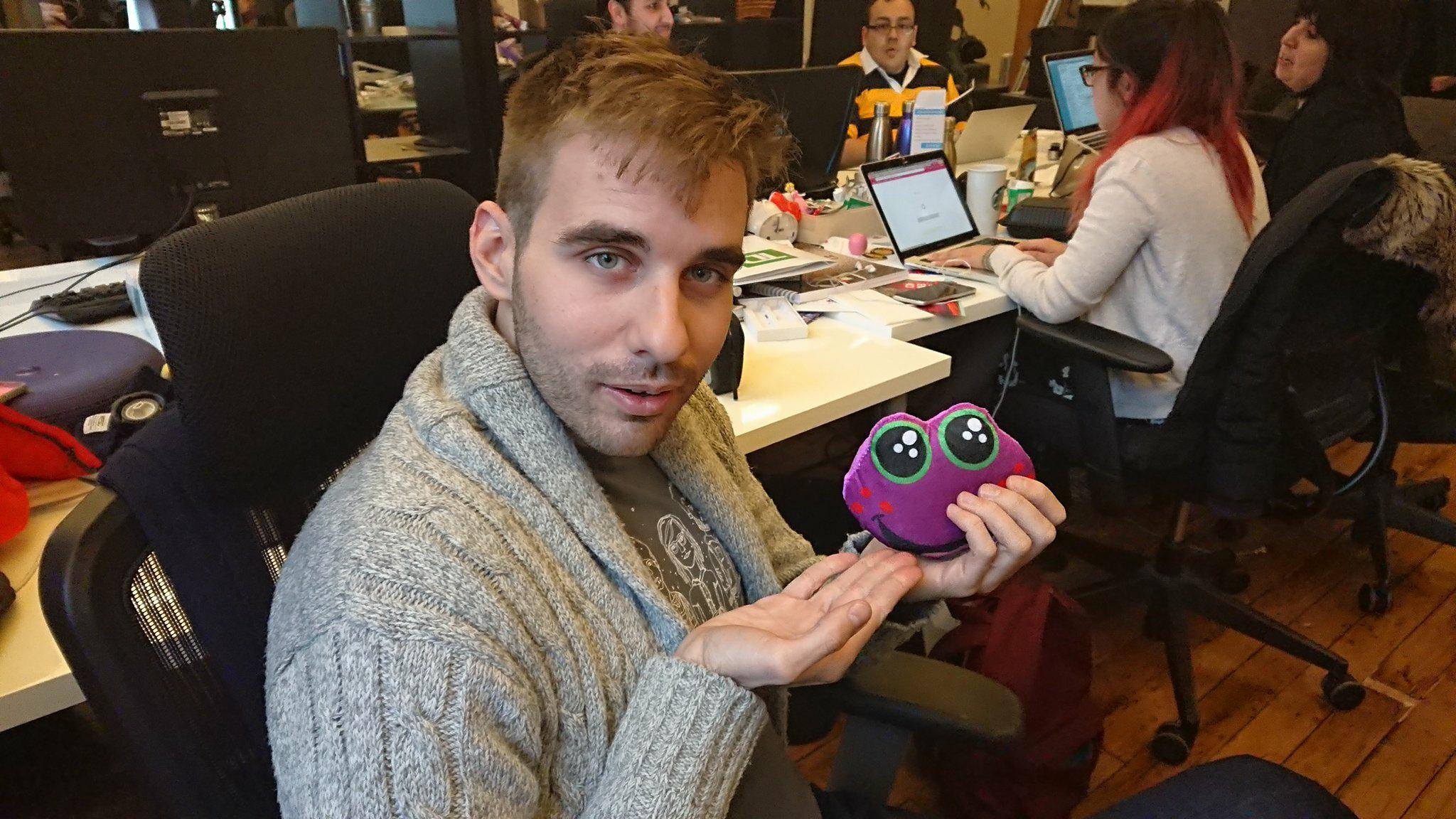 For those reasons, though I knew full well that neither the XZ1 or XZ Premium weren’t the best shooters I could be carrying, I was always eager to take one or the other out of my pocket when a photo-op arose, knowing I had a decent chance (particularly with the benefits of predictive capture) at snapping a delightfully vibrant shot.

As for manual mode, where true mobile photographers go to play, the options are minimal but sufficient — there are sliders for shutter speed, white balance, exposure and manual focus. There are also settings for HDR (off by default), ISO and object tracking (also off by default).

Working with these settings could, of course, make for truly professional-looking photos. Being an amateur-level photographer, I stuck with auto settings most of the time, and was relatively happy with my results.

Ultimately, it’s not among the best mobile cameras on the market – even if DxOMark’s new ranking system skews against it – but if you rate colour vibrancy highly, then you’ll likely take to the XZ Premium or XZ1.

The front-facing camera, meanwhile, features a 13-megapixel sensor and f/2.0 aperture, and takes surprisingly detailed portraits. In fact, perhaps too detailed. I honestly never asked to have all my pores catalogued so well. But that’s admittedly more of a personal issue – the camera itself is above average. 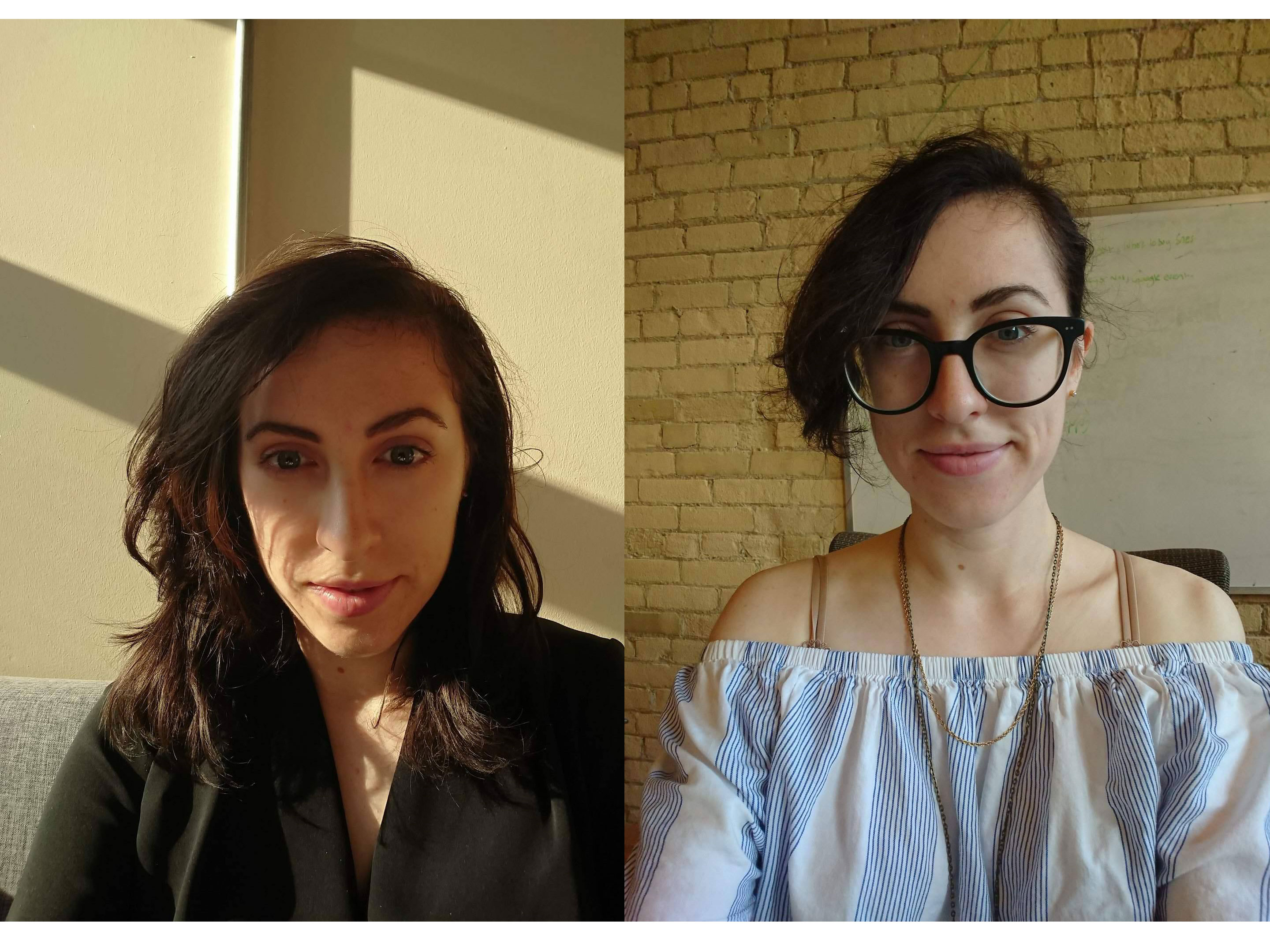 Having said all this, it’s impossible to escape the fact that there are simply better mobile shooters out there, especially when it comes to the issue of image stabilization and high dynamic range. The Pixel 2 or 2 XL immediately jump to mind as superior alternatives in those respects, and ones that don’t really sacrifice the colour reproduction Sony fans love, either.

There’s also the wide world of dual-camera setups, which devices like the LG V30 or iPhone X use to great effect for things like wide-angle shooting and optical zoom.

The onus is now on the next re-designed Sony top tier phones to make a triumphant debut and provide the camera experience we all know this company can provide. Whether those devices will make it to Canada in a timely manner and manage to gain a stronger foothold in the market — that’s a whole different story.

OnePlus 9 Pro vs iPhone 12 Pro: Which camera is better?