The challenge’s goal is for trainers to catch a combined number of 3 billion Pocket Monsters in seven days, with the event running from November 20th to the 26th.

Niantic is keeping track of all the Pokémon caught by trainers and will offer global prizes when certain milestones are met.

The first milestone of catching 500 million Pokémon has already been surpassed, resulting in double experience points and six hours of Pokémon alluring incense has unlocked. 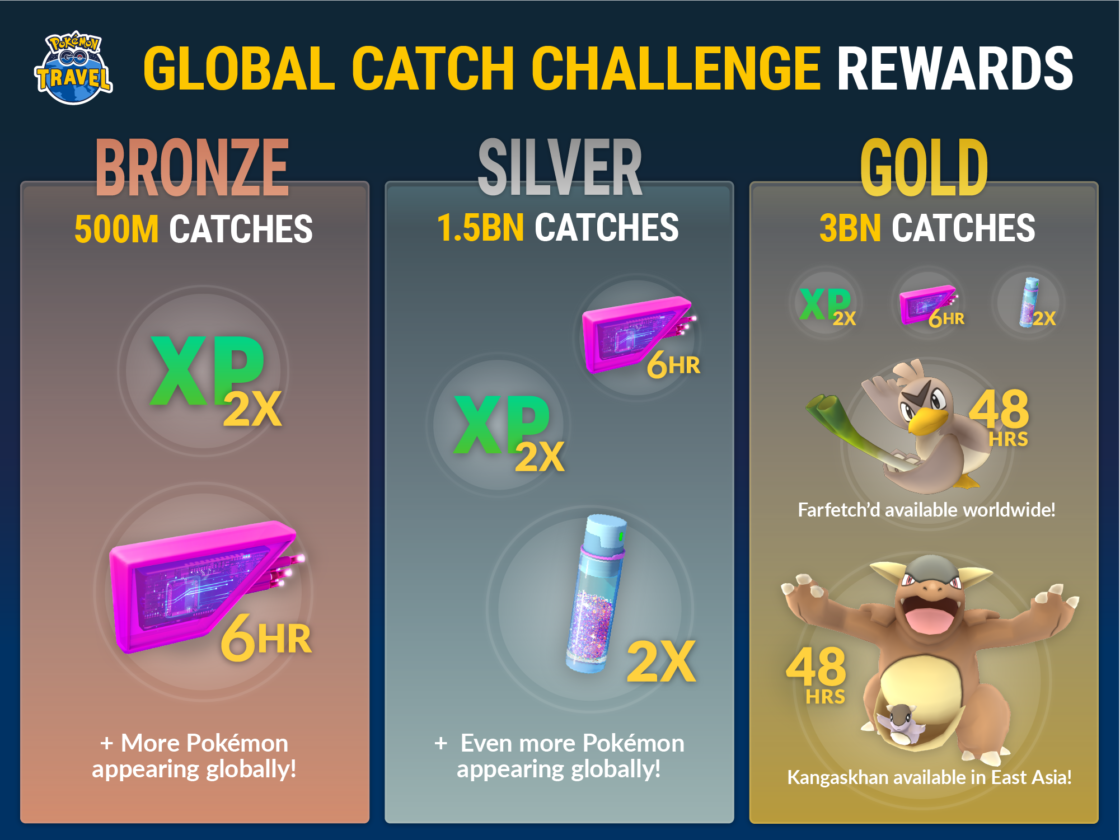 What’s great about each milestones is after surpassing one, more region-locked Pokémon are available globally, such as Heracross and Mr. Mime.

Additionally when trainers catch a combined number of 3 billion Pokémon, gold prizes are set to become available, which unlocks Farfetch’d worldwide. Currently Farfetch’d is only available in South Korea and Japan. The Gold tier also unlocks Kangeskhan for those who live in East Asia — as right now the ‘Parent Pokemon’ is only available in Oceania.

This Pokémon Go Global Catch Challenge can help users complete their collection, or at least put a dent in it.