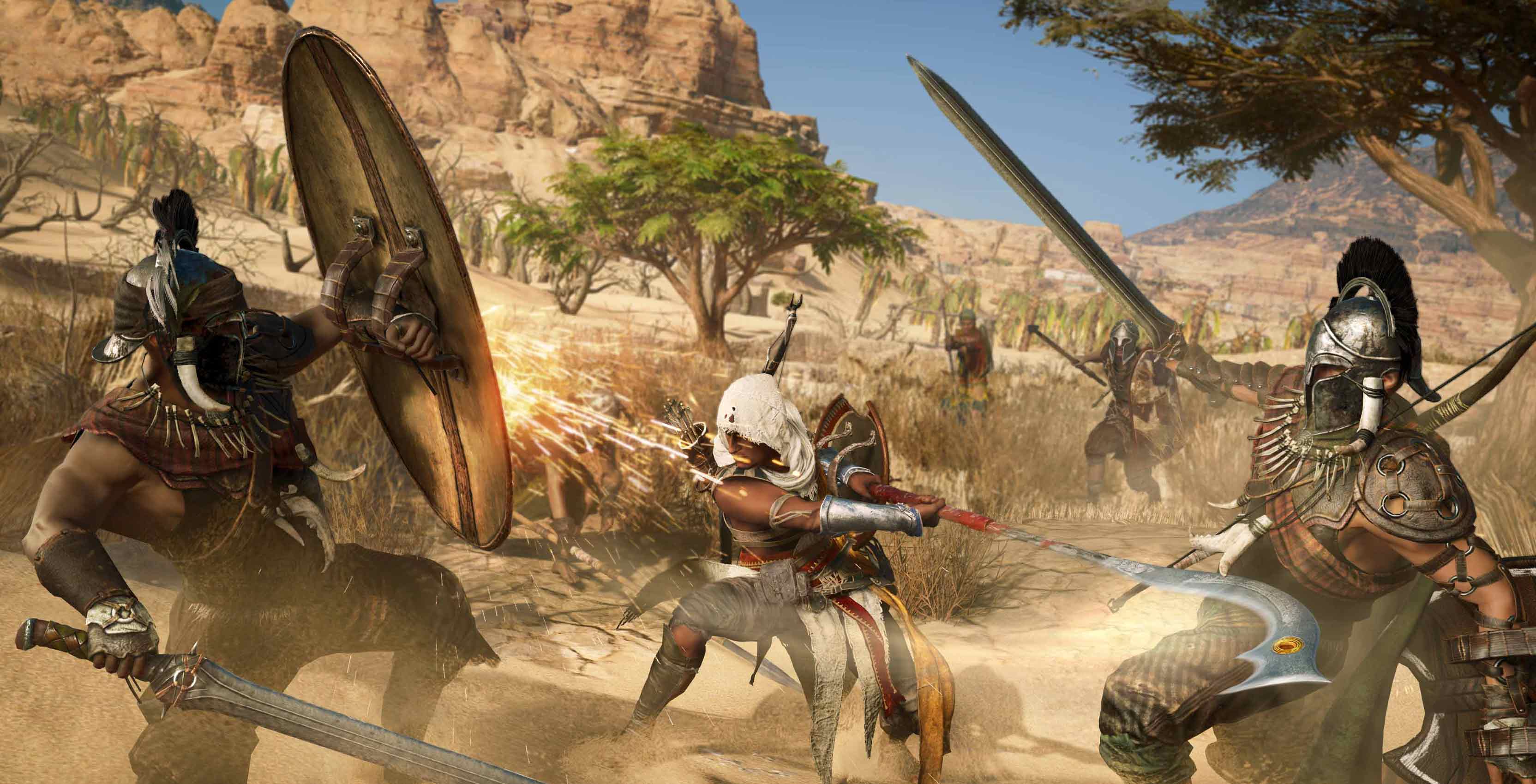 Some of the world’s most popular video game franchises have been developed in Canada.

The original Mass Effect trilogy comes from Bioware in Edmonton, the annual FIFA soccer games kick their way out of EA Vancouver, and Assassin’s Creed is developed by Ubisoft Montreal. That’s to say nothing of Canada’s indie space, which helped create the likes of Cuphead — developed by Studio MDHR, founded by two brothers from Saskatchewan, and Severed, made by Toronto’s Drinkbox Studios.

In fact, according to the Entertainment Software Association of Canada, the country is the world’s third largest hub for game development, following the U.S. and Japan. Further, the games industry brings in $3 billion CAD to the country’s GDP, employs over 20,000 people and houses 472 active studios.

However, the ESAC wants to prove Canada’s video game industry has more to offer than just entertainment. On Monday, the organization hosted the ‘Beyond Entertainment: How Video Games are Driving Innovation‘ conference, bringing together industry leaders, government figures, academics and tech companies to present some of the innovative ways video games are being used outside of recreation.

The games industry brings in $3 billion to the country’s GDP, employs over 20,000 people and houses 472 active studios.

Representatives from tech companies Ubisoft, EA and Nvidia were in attendance, as were experts from Toronto’s Sunnybrook Hospital and the University of Ontario Institute of Technology. Minister of Innovation, Science and Economic Development Navdeep Bains also spoke at the conference.

#BeyondEntertainment is not an understatement. Inspired by how #innovation pioneered by the gaming industry has improved our everyday lives pic.twitter.com/8PLyDdfyjR

ESAC represents video game console makers, publishers, developers and distributors and works on regulatory issues at the provincial and federal levels. ESAC partners with a variety of gaming giants, including EA, Ubisoft, Microsoft — last year’s Gears of War 4 was developed by the company’s subsidiary The Coalition, based in Vancouver — and Square-Enix, which owns Square-Enix Montreal and Eidos Montreal.

At the event, ESAC presented a new 2017 report compiled alongside Nordicity, which surveyed Canadian companies to see how they’re approaching innovation with video games. ESAC found that 50 percent of companies indicated they created at least one innovative process (such as open development) in 2017, while 69 percent said they had developed an innovative product. 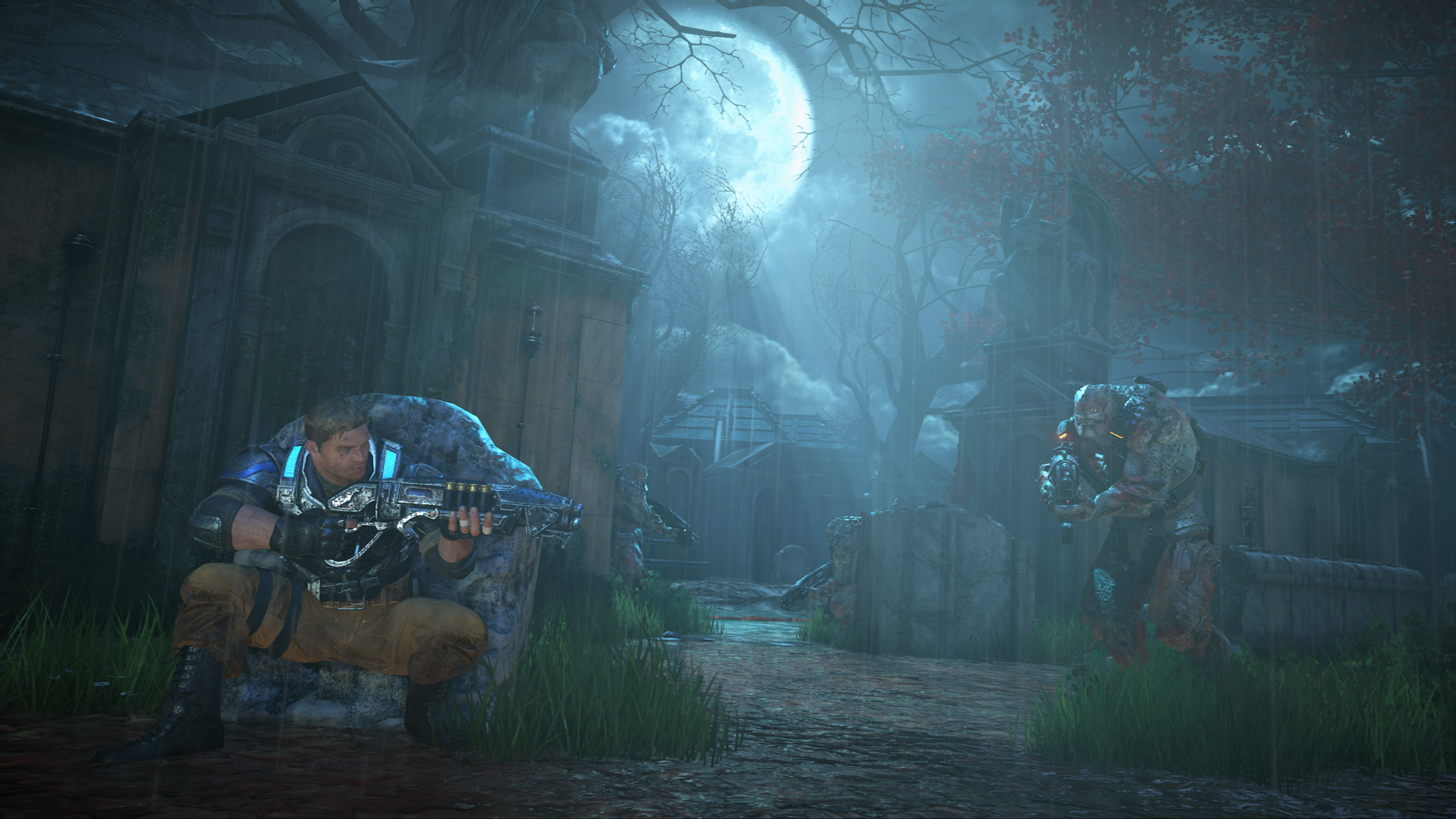 What’s more, Canadian video game companies reported that about 19.6 percent of their overall expenditures went into research and development activities. These investments seem to paying off, with companies reporting that an average of 60 percent of revenue was generated by innovative products.

The report also shows that many teams are discovering new innovations on their own without a need for collaboration with other groups. Ninety-five percent of respondents said their innovations came from within their business unit alone, with only 27 percent saying they worked with another unit in their wider company and 19 percent saying they partnered with another company altogether.

This is made possible in part due to the Canada Media Fund, as well as significant provincial tax credits, which help encourage Canadian growth in the video game sector. The investment is clearly paying off, with video games helping in advancements in artificial intelligence (AI), computer-generated imagery (CGI), health care and more. “The vast majority of innovation is being done here in Canada,” ESAC president and CEO Jayson Hilchie told MobileSyrup. “This isn’t tech that’s being flown in from California, this is actually stuff that’s being done here in Canada. And that’s an important thing if we want to call ourselves ‘an innovation nation’ — it’s to actually be doing these things here.”

The vast majority of innovation is being done here in Canada […] this isn’t tech that’s being flown in from California.

Notably, ESAC found that many of the biggest innovations were coming from the virtual, augmented and mixed reality space. The report notes that 44 percent of enterprises applied such innovative products in K-12 education, with another 38 percent doing so in post-secondary schools. Companies specifically mentioned that gamified e-learning quizzes and virtual reality headsets were assets in a school setting. Toronto’s St. Michael Catholic School, for example, has used Google Expeditions educational kits to offer educational VR tours through coral reefs, mountains and even blood cells.

Healthcare professionals at a variety of Canadian hospitals, including Princess Margaret and Toronto General, have also been using VR tech to help treat patients with PTSD or phobias. The idea is to put a patient in a a virtual, “video game-esque” world that simulates the stimuli — a spider for an arachnophobe, for example — but in a more controlled and stress-free environment. Being exposed to a fear in a virtual setting without actually having to come into physical contact with it is one of the innovations tech and medical experts have been working on.

Sunnybrook’s Simulation Centre, meanwhile, works with UOIT to VR technology for a variety of training purposes. Using the HTC Vive, professionals can undergo instructional virtual programs to practice the preparatory processes required before different procedures, such as administering an epidural.

“Whether it is the movie business, medical, the design and manufacture of vehicles, the training of maintenance engineers that maintain the aircraft we all fly on — these are just a handful of examples that are here today,” Hilchie said. “It’s pretty obvious to me that we’re at the early days of the revolution of augmented and virtual reality, not just from an entertainment standpoint but from an immersive training and learning standpoint. It’s technology that truly offers the ability to revolutionize just about every industry.”

He also said that this kind of technology encourages cross-industry collaboration. “One of the things we’re trying to get across is that this isn’t just about video game companies, it’s about companies from totally different industries working together to build something that’s going to change businesses everywhere.”

As an example of this, he referred to the Port Coquitlam, BC-based Finger Food Studios, which solves complex business solutions using mixed reality, AI and IoT technology. According to Hilchie, the company helped “revolutionize” the design of big-rig trucks using Microsoft’s HoloLens mixed reality technology. With Finger Food Studios’ work, Hilchie said leading truck manufacturer Paccar has done away with 3D printed clay models and instead uses HoloLens holograms in everyday business, such as in design and figuring out fuel efficiency and dynamics.

Epic Games’ Unreal Engine 4, which powers high-profile games like Gears of War 4, Final Fantasy VII Remake and Marvel vs. Capcom Infinite, has been put towards innovative new production formats by Montreal’s Digital Dimension. While Digital Dimension works on gaming cinematics for various games (such as this month’s Middle-earth: Shadow of War), the company also offers promotional artwork, youth animation and other advertising services — all of which it says is made easier with Unreal 4. Using real-time rendering within Unreal 4, Digital Dimension says it can free up resources to work on other productional aspects, such as animation and character modelling.

Going forward, Hilchie said he hopes that these kinds of innovations can help demonstrate what the video game industry is capable of accomplishing. “Canada is by far one of the leaders of the world in the production of video games from an entertainment standpoint. But what we’re learning today is just how much of a side industry is being built around that same technology. If there’s one thing I could think about wanting to see in the future is our industry playing a central role in an innovation ecosystem where we are at the centre of driving AI, graphics, VR, AR and advances in medical technology.”

He also hopes that the video game industry will get recognized for these contributions to technological development. “These are advances that we, the video game industry, are responsible for,” he said. “The industry sometimes gets unfairly categorized as a ‘toy’ or merely entertainment for kids, but it’s actually much more than that in terms of driving the advances that are going to be useful in your everyday life.”