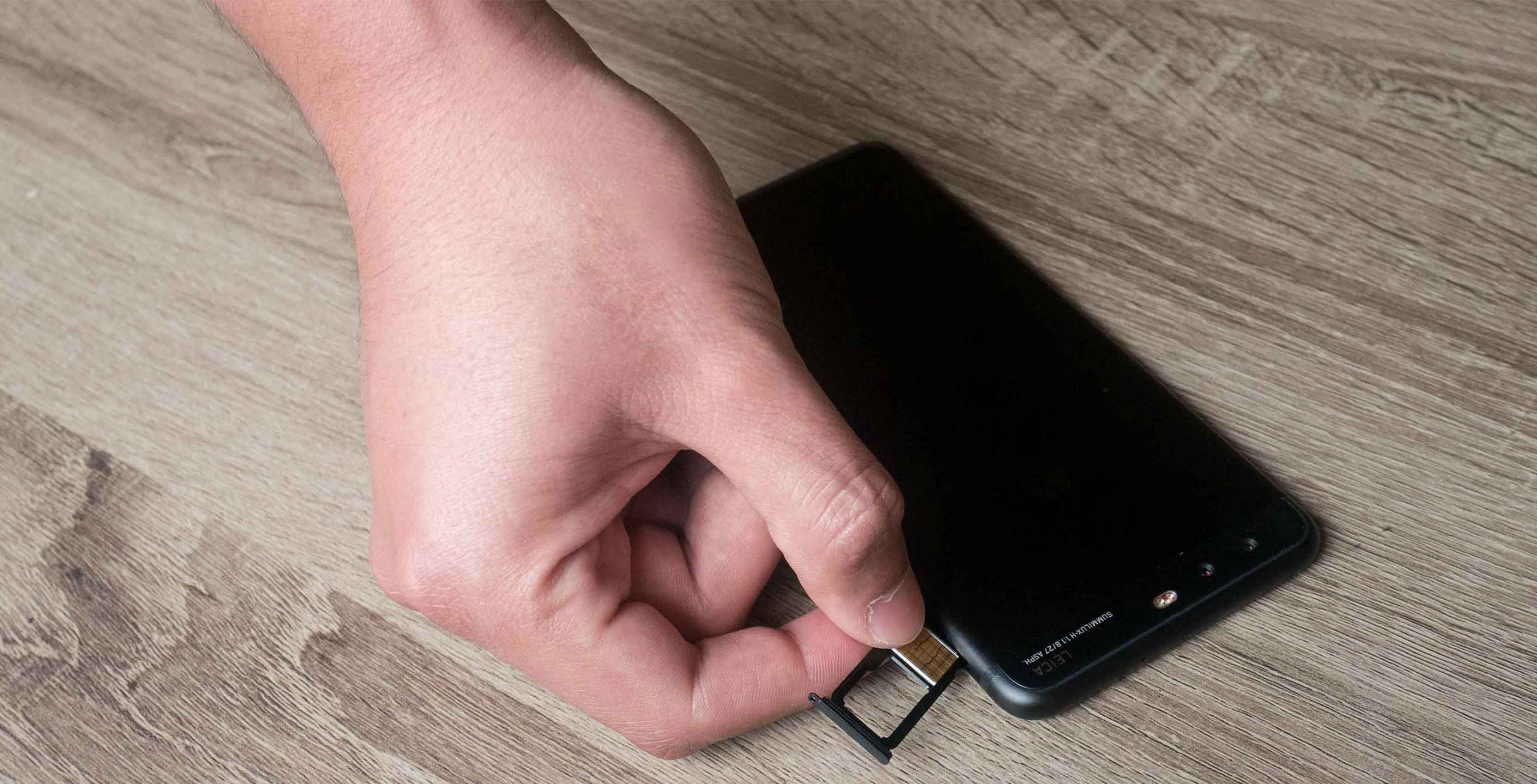 Canada’s telecom watchdog delivered a major win to Canadian consumer advocates today when it announced that as of Dec. 1st, 2017, telecoms will no longer be able to carrier-lock phones or charge carrier unlocking fees.

It’s also a sign that Canada’s Liberal government is fulfilling some of the promises it’s been making about improved telecom legislation since October 2015.

That being said, it’s important to put the CRTC’s recent announcement into perspective, in order to figure out precisely where this ruling came from and what it could mean for Canada’s wireless future.

The first figure is how much carriers earned in unlocking fees in 2016 and the second figure is roughly the total combined revenue for Rogers’ and Telus’s Q1 2017 and Bell’s Q4 2016.

That is to say, the total amount of money that all Canadian carriers generated from unlocking phones across the country is dwarfed by just one of the Big Three’s quarterly earnings.

“The cost to carriers for unlocking phones was tiny,” said Michael Geist, a privacy scholar and law professor at the University of Ottawa, in an email.

“Rather, the lock was used as a barrier to lock not just the phone but the consumer to carrier. It made it more difficult to leave and to roam with other carriers.”

What’s also interesting to note is that carrier unlocking fees have been on the rise for some time.

“The lock was used as a barrier to lock not just the phone but the consumer to carrier.”

In fact, these numbers are lower than the price that the Big Three Canadian telecoms currently charge: Rogers, Bell and Telus all charge a base price of $50. That number also increases depending on the specific circumstances of individual users.

Had the government not intervened, the average carrier unlocking fee would no doubt have continued to rise.

On the subject of the government, this recent announcement is clearly something that’s been in the pipeline for a while.

While speaking at the Canadian Telecom Summit, Bains made a point of stating that the CRTC was “looking at this issue” of carrier unlocking fees, and that the federal government would “closely monitor results of the CRTC review.”

Additionally, Jean-Pierre Blais himself, the outgoing CRTC chairman, even expressed regret that he wasn’t able to take direct action sooner.

“Frankly, that’s one case where I think my gut was telling me we probably should’ve forced unlocking,” said Blais, in an interview with the Financial Post. “It would’ve helped three years sooner, a more dynamic marketplace.”

What’s next for the marketplace of ideas — and wireless plans

OpenMedia’s Meghan Sali is optimistic about the prospect of that more dynamic marketplace, explaining that the new decision means Canadians can be more flexible with their wireless options.

The new decision effectively means that Canadians can now hop from carrier-to-carrier, chasing whatever deal meets their fancy. All while taking their phones with them, and not having to worry about unlocking their phones to meet the needs of petty carriers.

However, Sali did express the belief that there will no doubt be resistance on the part of wireless service providers.

“I think that every time they update the wireless code, we see some pushback from wireless providers,” said Sali, in a phone call. “There’s likely to be some whining about eliminating unlocking fees.”

That being said, Sali isn’t overly concerned with how members of Canada’s Big Three telecoms might respond.

Asked whether she believes that carriers might raise the cost of their rate plans, Sali said that wireless prices are on the rise anyway.

“Every time they update the wireless code, we see some pushback from wireless providers. There’s likely to be some whining about eliminating unlocking fees.”

Sali also emphasized that greater market diversity is essential to reducing the cost of wireless plans and wireless subscriptions.

“Having smaller providers in the market and now having the opportunity for people to pick up and leave if they don’t like the service they’re getting is hopefully going to increase that as well,” said Sali.

For his part, Geist believes that certain wireless prices might actually drop.

“Consumers will be better able to shop around,” said Geist. “We may also see roaming rates drop as consumers have the option of popping in a SIM from a foreign carrier when they travel outside the country. More options and choice for consumers is a good thing.”

Patricia Valladao, the CRTC’s manager of media relations, also clarified via email interview that while the new decision means that wireless subscribers can easily switch from carrier-to-carrier, “they will still have to pay any early cancellation fee set out in their contract if they choose to terminate their contract early.”

That being said, Valladao also expressed the belief that elimination of carrier unlocking fees should bring an end to certain costs associated with current locking practices, like “the maintenance of a database of unlock codes, staff resources, etc.”

“By empowering consumers to take advantage of competitive offers in their marketplace more easily and more frequently, wireless services are expected to respond with attractive offers to keep their customers or attract new ones,” said Valladao.

In the wake of costly carrier unlocking fees, expensive handset costs, as well as warranty concerns, there’s an entire cottage industry that’s been built around providing the kinds of services that carriers don’t or that carries actively try to prevent.

As Alexandre De Luca from Unlockr points out, however, carrier-locked devices often get in the way of businesses trying to provide an essential service to consumers.

“As for the repair shops, their daily life is hindered by the fact that they have to go through a long process with third parties to get their devices unlocked before being able to sell them,” said De Luca, in an email.

“Taking away this process will make their day easier and allow them to focus on selling what their customers wants.”

It’s not all good news for the mobile world’s cottage industries, however.

De Luca specified that third-party resellers will be negatively affected by the CRTC’s ban, because part of their profits came from customers “not willing to deal with the hassle of calling their carriers to get their phones unlocked.”

“With this process gone, it makes it a lot easier to steal phones and export them in other countries for outrageous prices.”

Additionally, De Luca points out that the new ban is great news for phone thieves.

“Before this change, customers who wanted their phones unlocked had to provide some security information to their carriers to get their phone unlocked,” said De Luca. “With this process gone, it makes it a lot easier to steal phones and export them in other countries for outrageous prices.”

Ultimately, however, De Luca is hesitant to suggest that CRTC ban is going to result in a kind of all-encompassing industry-wide improvement.

“The Big Three, as we all know, will still keep control of most of the market share in the mobility sector,” said De Luca.

Sophie Paluck, director of communications for the Canadian Wireless Telecommunications Association (CWTA), briefly addressed the subject of phone theft in an email interview.

“We certainly hope this new development will not cause an increase in device theft and fraud,” said Paluck. “We will monitor the situation closely.”

Additionally, it’s important to mention that there are resources available that deter the precise kind of theft and fraud that De Luca referenced.

Websites like Device Check Canada — administered by the CWTA — allow individuals who purchase pre-owned phones to check a database of devices to determine if their news phones were stolen.

Once again, while the CRTC’s announcement is undoubtedly an incredible development in the Canadian wireless sphere, it’s essential to temper expectations while Canada’s telecoms prepare their countermoves.

Still, it’s difficult not get a little excited about the possibilities.

“While [Canadians] appreciate the Code, they told us loudly and clearly that it could be more effective. We have listened to them,” said CRTC chairman Blais in a media release.

“The changes and clarifications we are announcing today will give Canadians additional tools to make informed choices about their wireless services and take advantage of competitive offers in the marketplace.”

A moment to address the telecoms

So far, Canada’s wireless industry has been quiet on the issue.

Senécal also noted that the company is analysing the impact that the new decision will have on the company’s systems and operations.

The new decision no doubt affects each company’s inventory, meaning that carriers will need to calculate how the decision affects their respective bottom lines.

The Canadian Wireless Telecommunications Association, an industry body that has members including Rogers and Bell, said that it’s yet to fully review the decision, but added that it’s supported Canada’s wireless code since its inception.

MobileSyrup has also reached out for additional comment to the rest of the major Canadian carriers. This article will be updated once more information is available.

Update 16/06/17: Article updated to reflect Sophie Paluck’s comments on behalf of the CWTA, as well information about Device Check Canada.