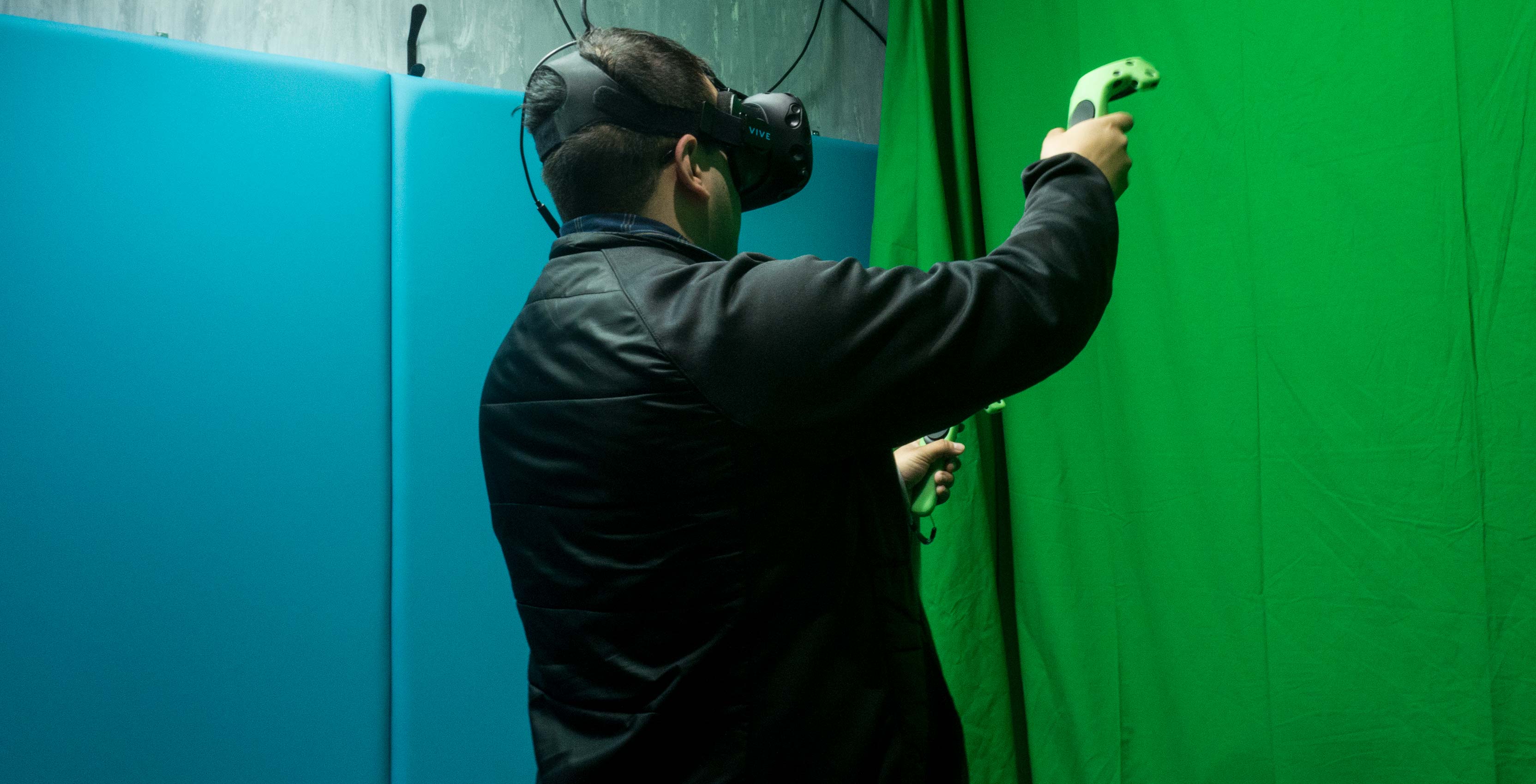 When you first think of virtual reality, you might imagine the kind of fictional experiences seen in movies like The Matrix, where your entire body is transported into a digital world. Unfortunately, VR isn’t quite at that stage yet — in fact, it’s very much in its early days, and as a result, there aren’t a great deal of adopters of the technology.

This is where VRPlayin comes into play — one of Toronto’s only “virtual reality arcades” and the largest of its kind in the city. Located at 294 College St. VRPlayin aims to bring the immersive experiences of VR to the general public by making it more affordable and accessible. 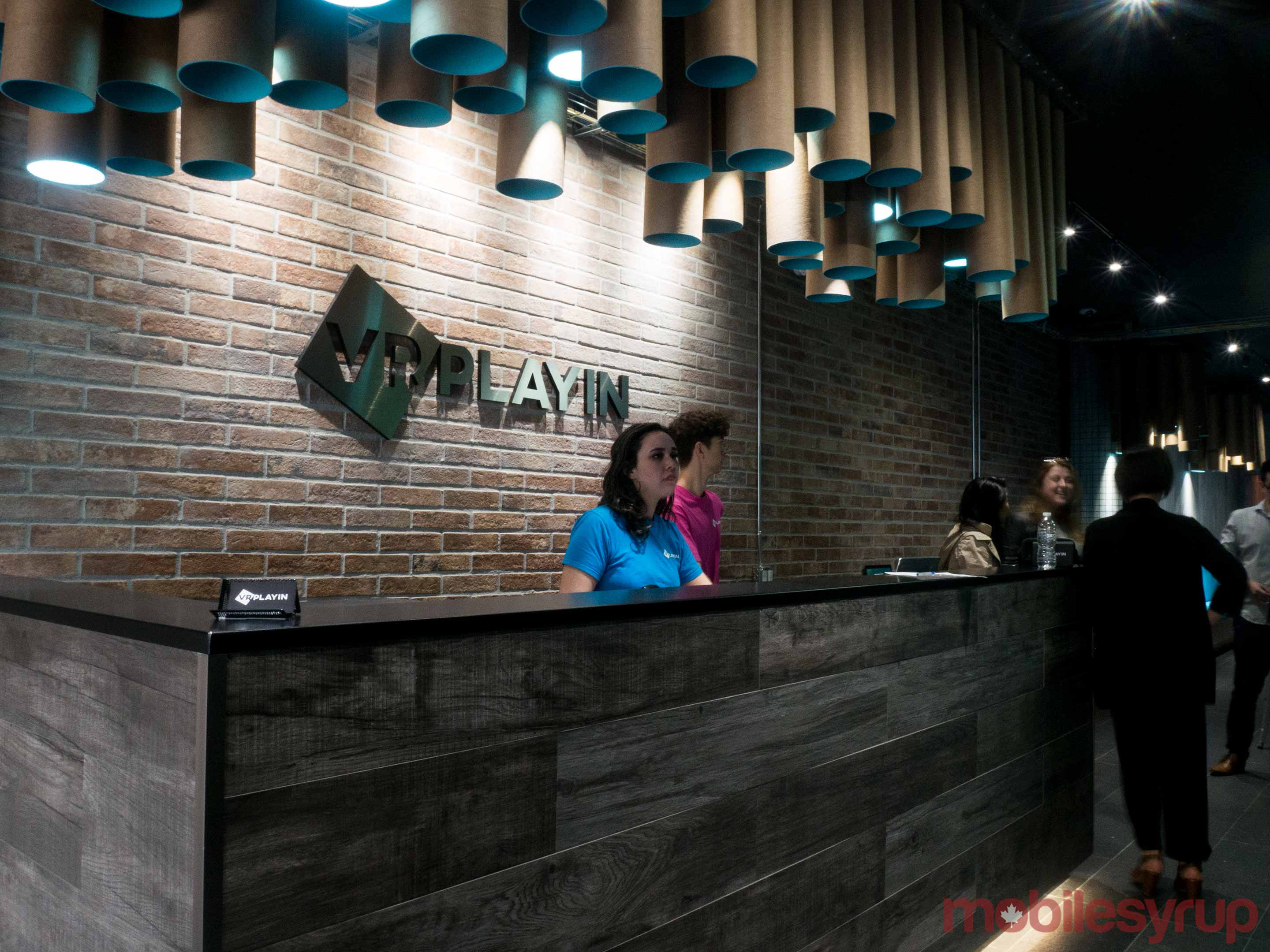 To do this, VRPlayin offers 18 different gaming stations featuring HTC Vive with remotes, with over 30 different playable experiences from all sorts of genres, including:

VRPlayin opened its doors on April 1st, but June 14th marks the official grand opening of the arcade. Prices start from $29 per hour during off-peak hours and go up to $39 during peak hours, with each session giving you an individual booth that you can share with up to two friends. There are group rates as well (you’ll need to book multiple booths if you want to play against friends) and a dedicated party room for those holding a birthday or company event. Snacks and drinks can be purchased as well.

The idea for VRPlayin, says Bryan Bai, company CTO and co-founder, came about when he and his coworkers first got hold of VR headsets themselves. He took note of the sense of awe they showed from the immersive world, and with a background in game development from Sheridan College, among other places, he immediately thought of ways to share the VR experience not just with more hardcore gamers, but to the general public. “The type of people that aren’t familiar with this technology are the ones who should see it the most, as they’d get the most out of it — it’s emotional, it’s a big leap forward,” he says.

“VR technology is fairly new and where we are right now, the industry is in its infancy at the moment,” adds Valerie Blackstock, director of marketing for VRPlayin. “It’s not readily available for the masses. What VRPlayin is trying to do is make VR more accessible to everybody, because it’s quite expensive to purchase this type of technology, it can be very problematic to setup, the type of content that’s out there needs to be properly vetted and curated.” 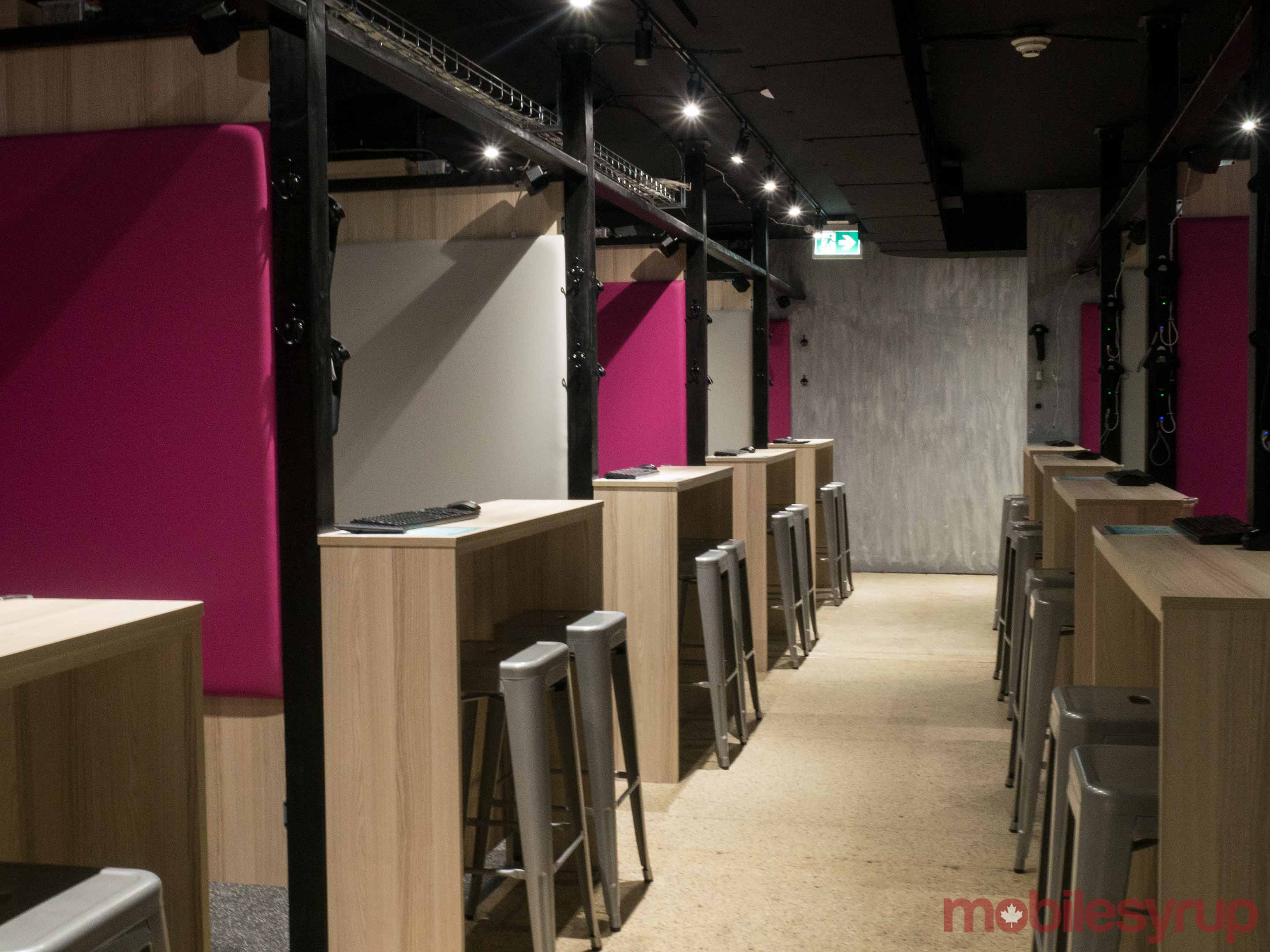 “This kind of experience venture is something we think would be a sensible idea to come in and try out, use it as a kind of service, rather than having to worry about buying the headset, buying the computer, buying the games, picking the games,” Bai says.

To see the fruits of their labour, I went hands-on with several games, including The Brookhaven Experiment (a survival horror zombie game) and VR Baseball.

My two personal favourites were Space Pirate Trainer and Blade Shield. The former game places you in a retro, psychedelic Tron-looking world and has you using all kinds of different science-fiction blasters to shoot airborne drones. Play areas were spacious enough that I could freely dodge incoming fire by moving in real life, which made the game even more engaging.

Blade Shield, on the other hand, let me live out my Jedi fantasies by wielding a glowing sword not unlike a lightsaber. With the HTC Vive’s excellent controllers, I was able to cut through robots with a satisfying degree of precision. Amusingly, there’s also a special booth has a green screen to capture video of you playing, which you and your friends can view on the main TV screen by the front desk.

I also got to test out Project Cars, which is perhaps the most unique title in the arcade, in that it’s playable in VR through a racing chair equipped with brake and gas pedals and steering wheel. While the racing setup is located at the very front of the building, away from the other stations, access to the game is included in the price of admission. 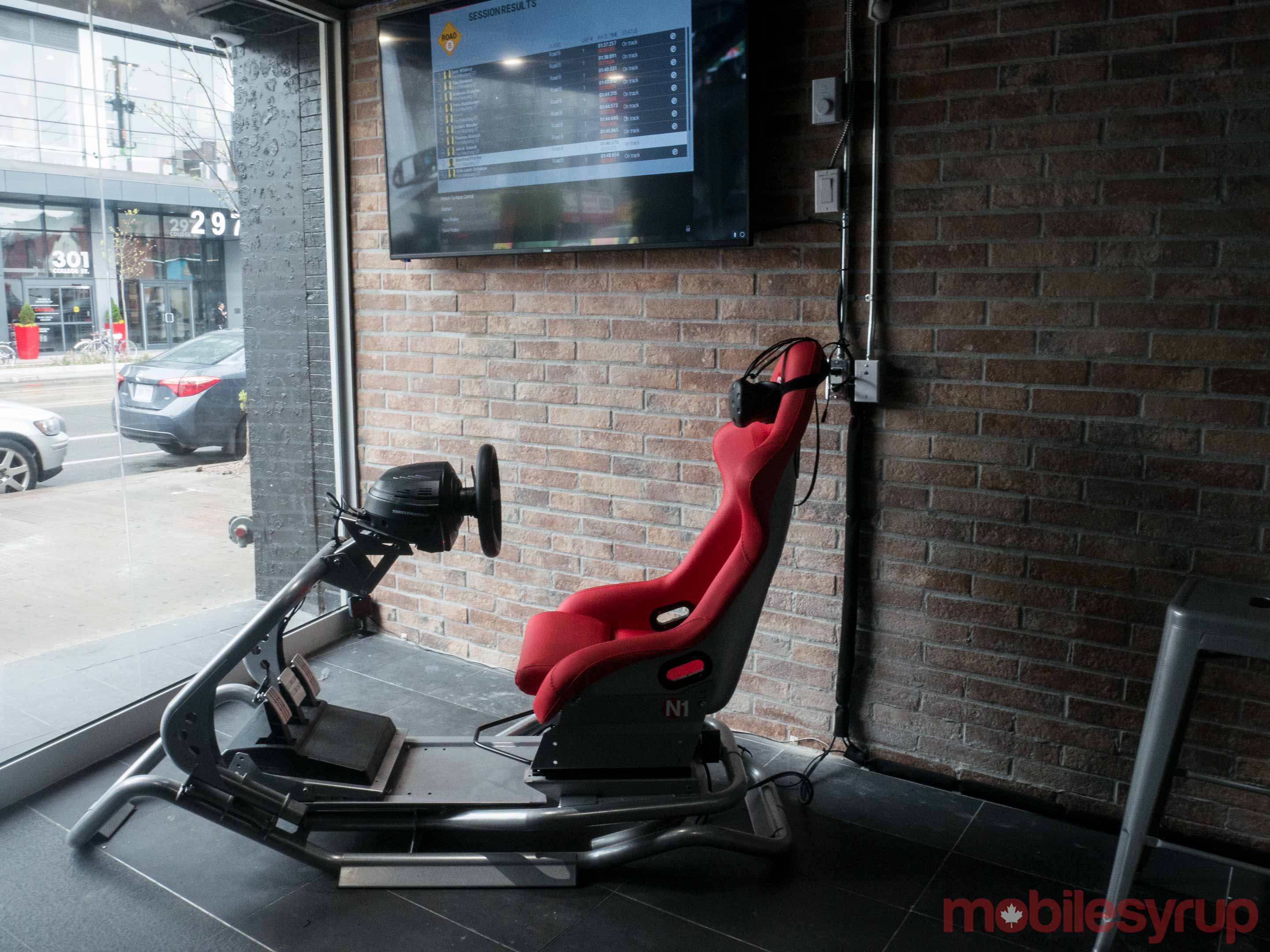 The setup is very well-designed, too, with the Vive’s various cables are raised above the users head and tethered by a sort of pulley system hanging from the ceiling, so they never impede your movement. Soft mats are lined against the wall too, so players who really get into a game won’t hurt themselves if they bump into anything.

Bryan noted that this was a particular focus for his team when setting up the game stations, as he would himself tripping over the numerous cables from his own Vive at home. Besides the obvious safety precautions, it also helps maximize immersion, as feeling the cables bristle against your body can take you out of the experience. 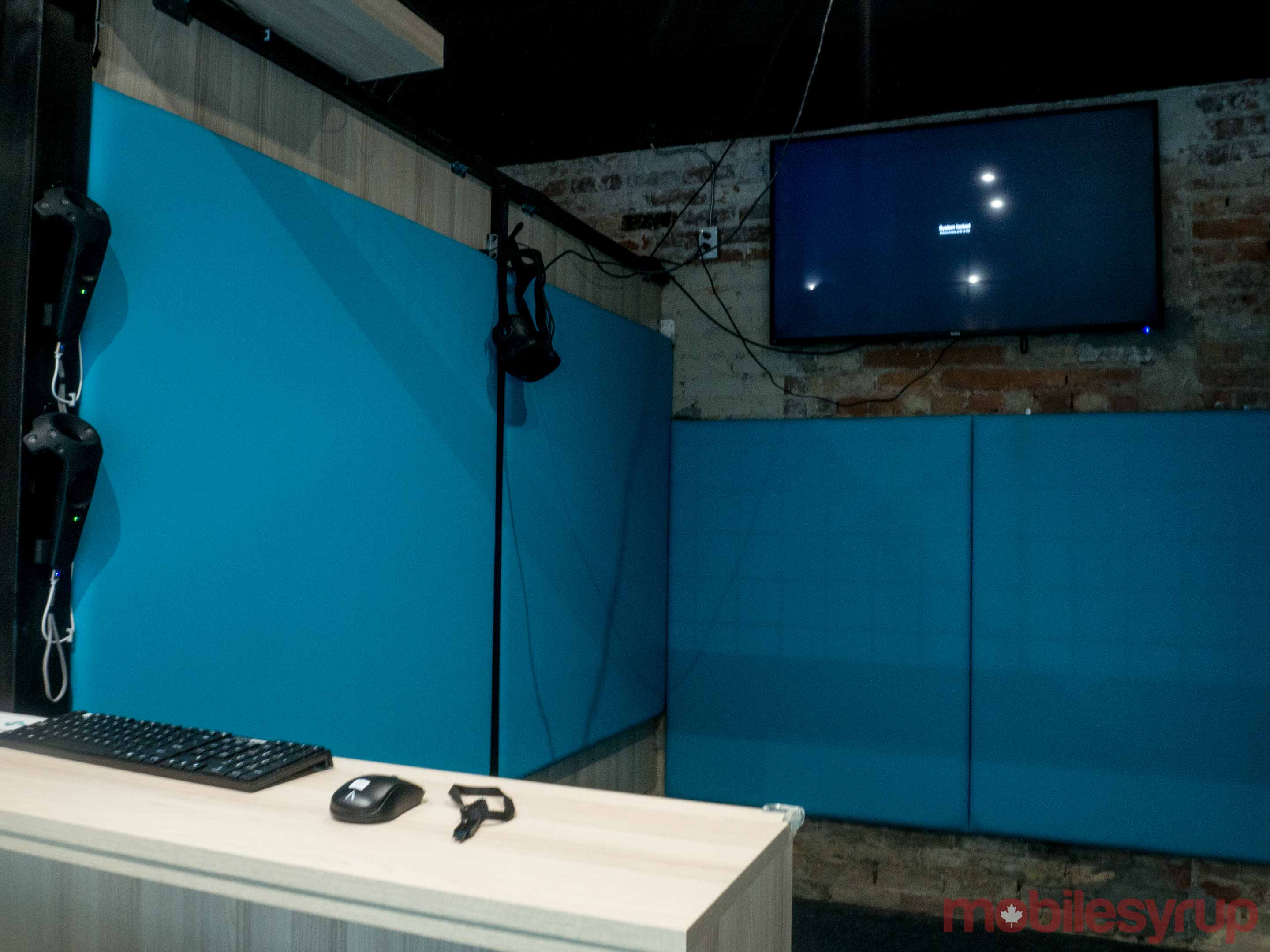 For those concerned with hygiene, VRPlayin has got you covered. A soft foam pad is attached to each headset for added comfort, and is disposed of and replaced after each customer is done playing. In-ear headphones are offered for each session and are also replaced with a new pair for each new player.

In addition to instructional videos that play at the beginning of each session, there will also be trained staff on-hand to assist you should you have any questions or concerns. The team is also constantly making adjustments to meet customer needs. When I arrived, I was told that the TVs mounted on the wall were recently raised because a few people would walk into them while playing.

“It’s all about having a team working behind the scenes to ensure you’re enjoying the experience, rather than worrying if something is going to break, if ‘I’m going to get tripped by the wire’ or ‘will I pick the right game,’ it helps take the worry off,” Bai says. “We want to make it smoother, make it trouble-free, make it so you can enjoy the good bits without worrying about the bad bits.”

The “bad bits,” as it were, primarily stem from the fact that VR isn’t exactly the most accessible of technology. To start, there’s the the rather steep price tags associated with the technology: the PlayStation VR is $700 for the launch bundle (which includes the required PlayStation Camera and optional game-enhancing Move controllers), the Oculus Rift is $820 for the headset plus Touch controllers and the HTC Vive is $1,150 with the handsets. These costs also don’t include the required PlayStation 4 console or sufficient PC to run PS VR or the Oculus and Vive, respectively. While at least one million PS VRs have been sold worldwide, as well as several hundred thousand Rift and Vive units, that’s still a relatively small, closed-off market.

And even if you don’t consider the financial investment required for VR, it’s also just plain difficult to try out the devices. Unless you have a friend who owns one, there really aren’t many opportunities that are readily available to the public to demo virtual reality. Outside of a handful annual events, such as Fan Expo Canada in Toronto, there are very few instances for general audiences to get their hands on virtual reality technology. You can’t typically just walk into your local electronics store to try it out. 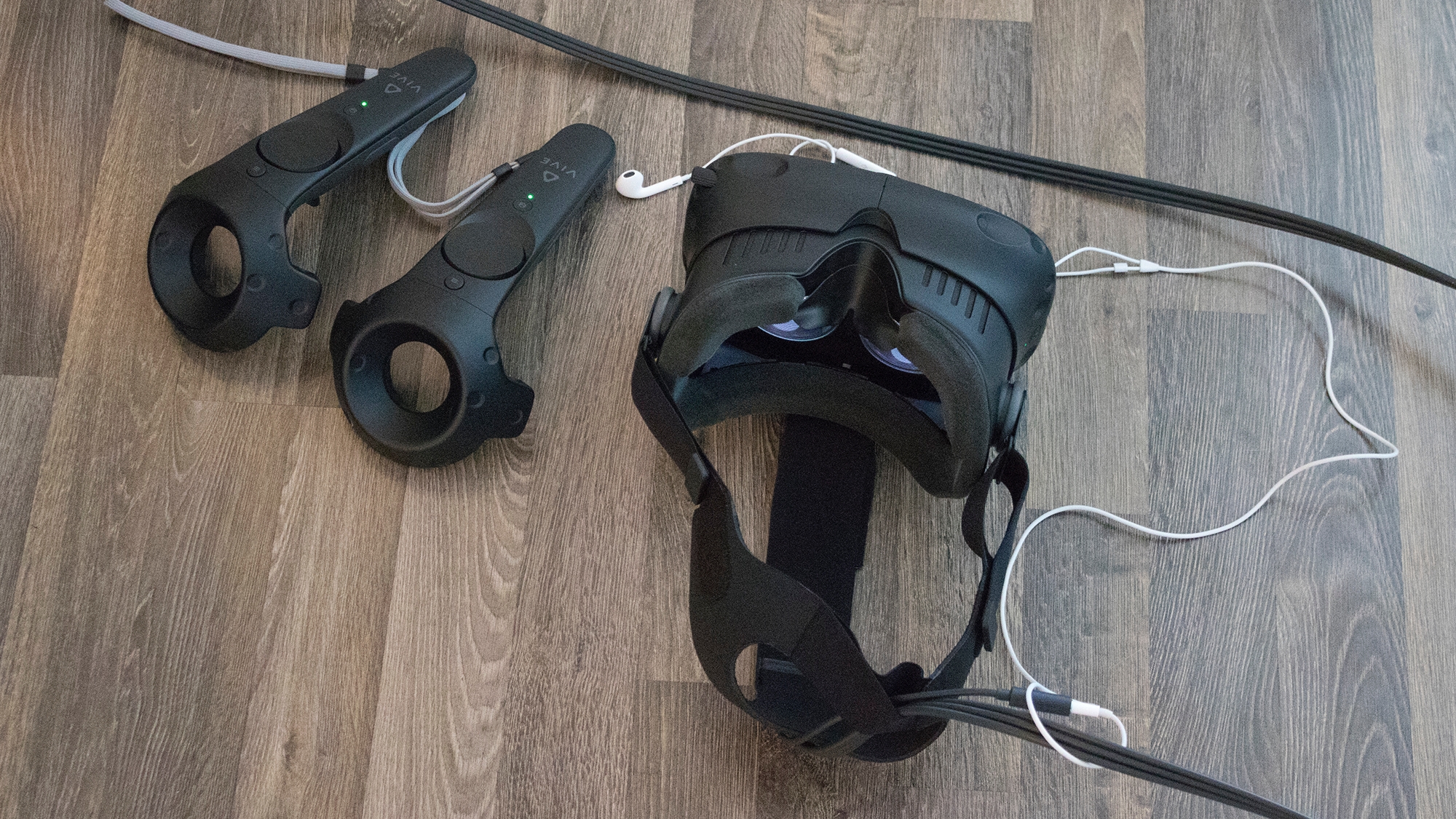 Purchasing one isn’t exactly an easy process, either. For example, while Best Buy carries the PS VR and Oculus Rift, the company’s return policy means that customers are only able to return the items if they are unopened. Other electronic devices, such as laptops, tablets and even gaming consoles, fall under a return policy of at least 14 days, opened or otherwise, so customers at least have the peace of mind knowing they can try out the products and still bring them back. As a result, customers may be hesitant to drop several hundred dollars on a virtual reality device with the knowledge that it’s essentially a final sale if they open it up.

In addition to servicing customers, the team also hopes to help the burgeoning industry. Blackstock says that because the technology is still very much in its infancy right now, arcades like VRPlayin can also serving as a sort of test lab to help “improve” future iterations of virtual reality. “It’s almost like we’re playing a role in shaping the way the industry is developing,” she says. “In some ways we’re eliminating some of the barriers and standardizing the process.” For example, she notes that VRPlayin has a connection with the developers who have given the license to use the many games featured in the arcade. As a result, VRPlayin has a direct way in which it can receive feedback from customers and in turn pass that on to the makers of the games.

Going forward, Bai says the team will continue to reach out to partners to gain access to an ever-growing suite of VR experiences. The company uses a proprietary technology it calls ‘VR Library,’ which acts like an RSS feed in the arcade’s system to find “the most diverse, high quality and up-to-date VR content” for visitors. Bai says this will help them discover new VR titles to add to the arcade’s lineup. As well, there are more and more games added to Japanese arcades over time, such as Mario Kart VR, so in time such experiences will hopefully make their way overseas. 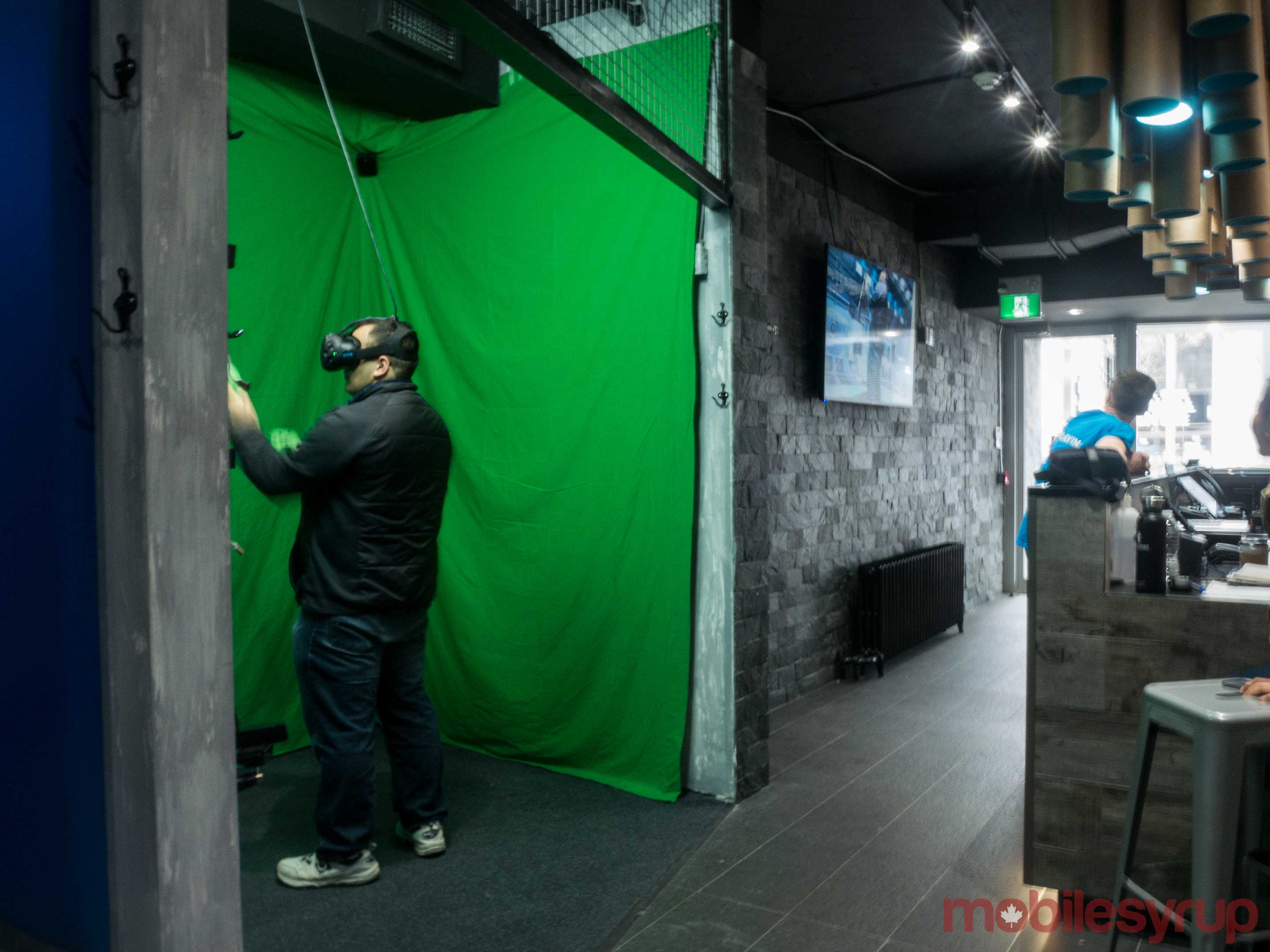 Furthermore, as the College and Bathurst location continues to establish itself in Toronto, the team will investigate expansion options. “What we’re trying to do with this store is perfect everything,” Blackstock says. “Perfect the experience so then it can be delivered in the masses in a way that’s easily consumable, can be replicated as a business and also expanded in different locations.”

Ultimately, Bai says VR is something that needs to be seen to believed. “A VR experience is something that is really difficult to explain any other way — words, pictures, even videos don’t do it justice,” he says. “You have to put it on, you have to try it on yourself — it’s you, it’s emotional, it’s you in a different place. We’re just trying to bring that joy to as many people as possible. ”

For more on VRPlayin, check out the arcade’s website.