This smart backpack will charge your devices and then charge itself 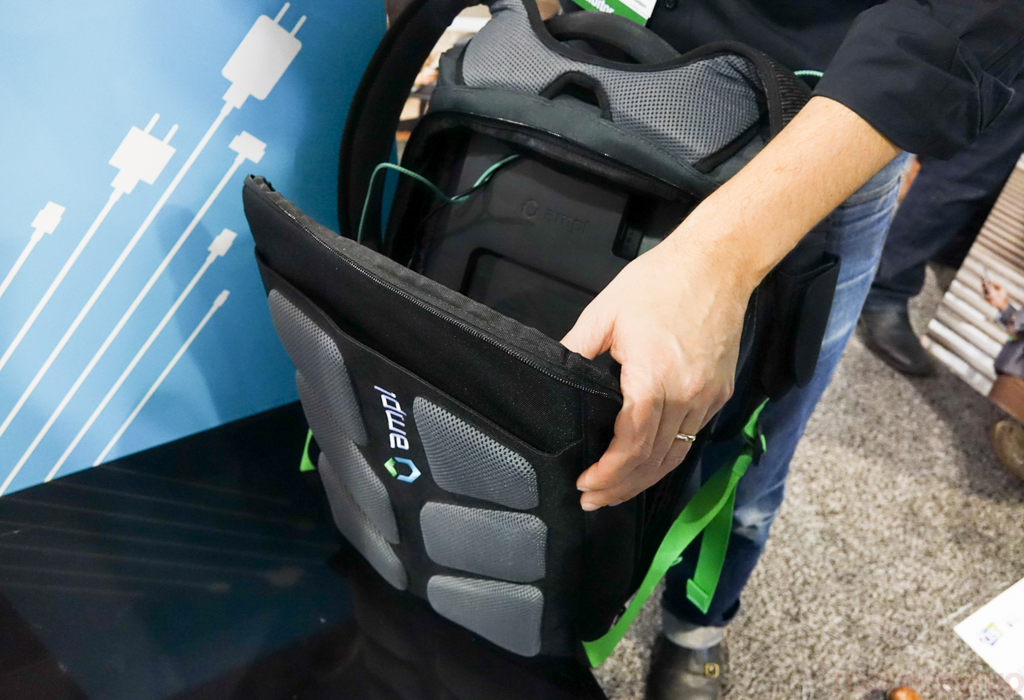 The future of connected devices involves sluicing more battery power from as many places as possible. Part of that involves more efficient cells, but in lieu of a technological breakthrough, big honking batteries are our current best bets.

The problem with external battery chargers, though, is that they’re usually heavy and don’t fit in one’s bag properly. Or they’re not compatible with all one’s devices. 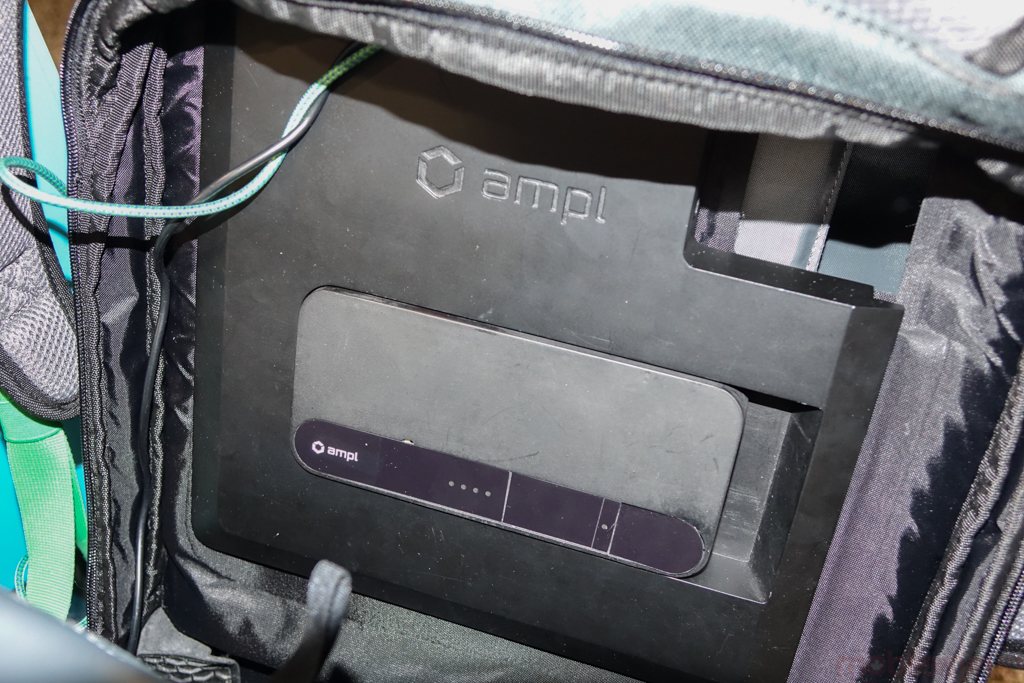 Enter Ampl Labs, a San Diego-based company building a smart backpack aptly titled the Smartbag. In it is a modular battery tray, which can accept proprietary cells between 5,000mAh and 15,000mAh in size. The bag ships with a 5,000mAh cell that connects to a series of seven USB ports, the cords of which can be easily routed through the satchel for specific placement.

Ampl is not the first company to create a smart backpack, but this one goes considerably farther than most. Not only does the back have internal space for gadgets to charge safely, but a retractable cord hidden within the bag charges itself. That means if you’re near a power outlet, you only need to plug in the bag to route power to all your connected devices. 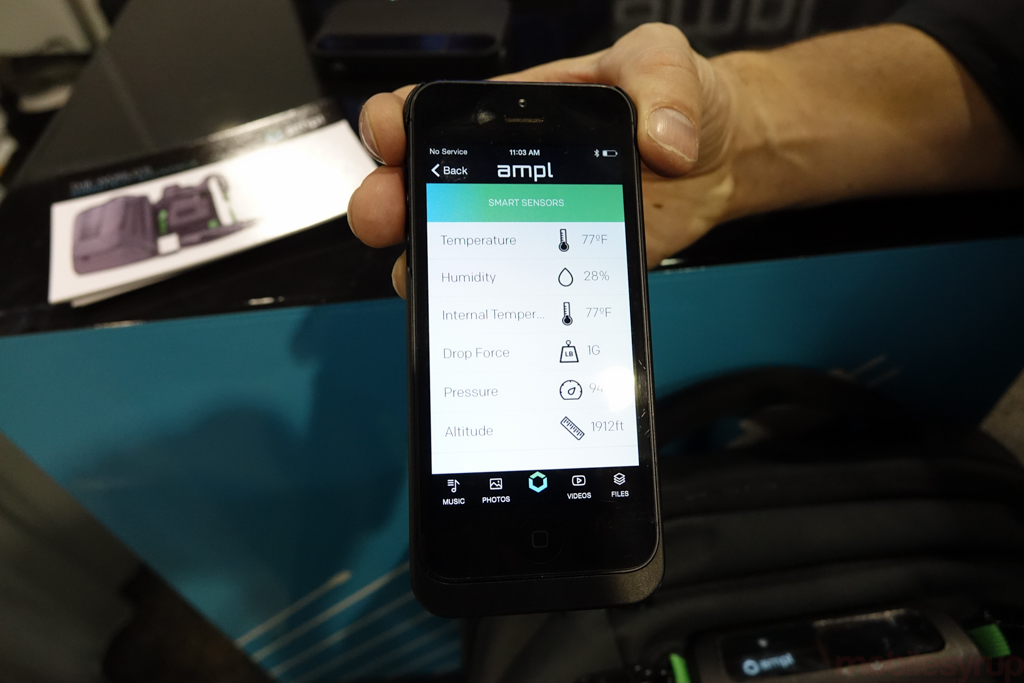 The Smartbag also has sensors that deliver readings on temperature and humidity inside the bag, shutting off charging if the ambient degrees rise above a preset level. The bag not only features a touch OLED display on the front to relay such information, but it has a Bluetooth chip inside to connect to an iOS app to convey even more data. 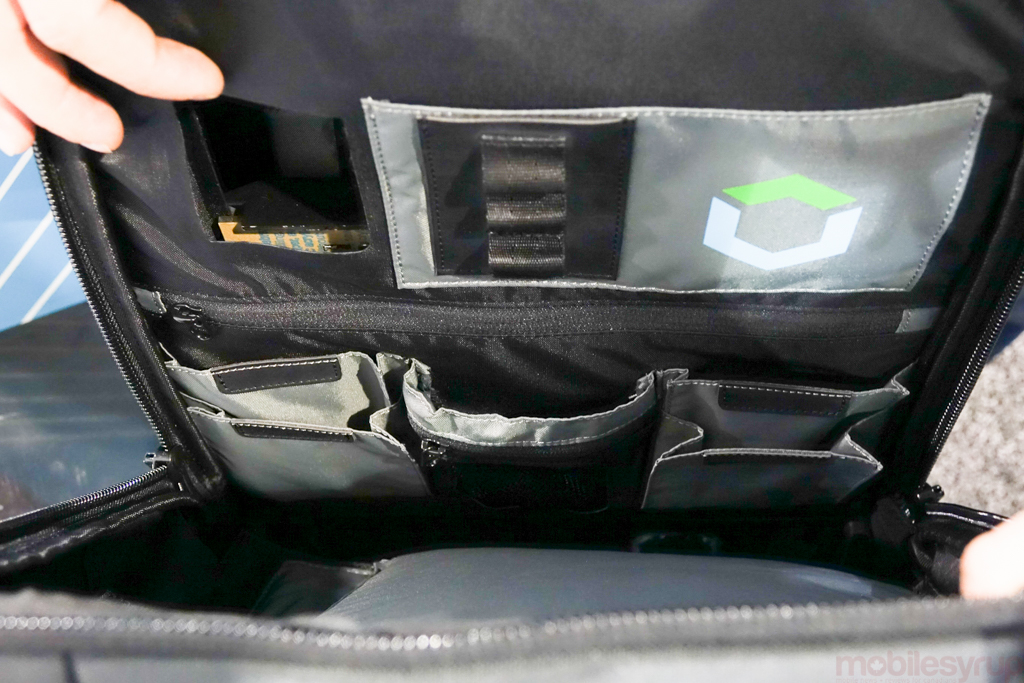 The bag even doubles as a secondary storage device, allowing users to put a microSD card in it and access music, photos, videos and documents over a built-in WiFi connection.

Ampl has also worked in the notion of the bag charging one’s laptop, and features an optional 15,000mAh battery with AC input.

All told, the bag, which weighs a hefty 4lbs on its own, looks to provide all the niceties of a regular laptop satchel, including an adjustable TSA-approved laptop sleeve, multiple compartments for cables and devices, and plenty of venting for air passthrough.

The company, which was showing off a mature prototype at CES, has not committed to pricing or availability just yet, but says that it plans to put the Smartbag on Kickstarter or Indiegogo in the coming weeks to gauge first-run demand.