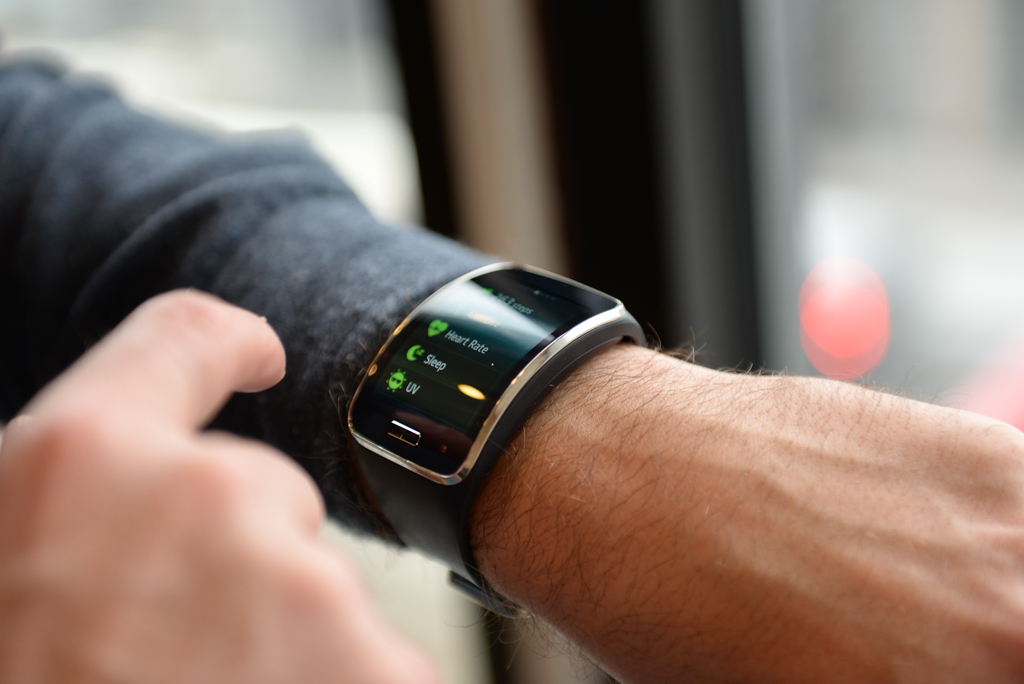 Samsung yesterday surprised us with an announcement about the Gear S’s Canadian availability. The device is now available priced at $399, though it’s only in Samsung’s retail stores at the moment. In addition, Samsung Canada confirmed to us that its branded Samsung stores within Best Buy and Future Shop are also stocked with the 3G connected Gear s.

The Gear S was announced back in September and is Samsung’s first 3G-enabled smartwatch. Because of this cellular connectivity, Samsung says users will be able to leave their phone at home in certain situations and just use the watch for communication. The device features a 2-inch Super AMOLED screen with a 360×480 resolution, and is based on a 1GHz processor with 512MB of RAM and 4GB of internal storage. It’s powered by a 315 mAh battery, has Wi-Fi, Bluetooth 4.1 and 3G connectivity, and is based on Samsung’s own Tizen OS.

No word yet on carrier availability, but it should be available before the end of this month. It’s presumed carriers will add the Gear S to share plans, but Canadian wireless providers haven’t detailed their strategies for wearable devices with cellular connectivity yet.

Update: Both Best Buy and Future Shop are now showing the Gear S in black with “Limited Quantity Available.” The price is $399.99.