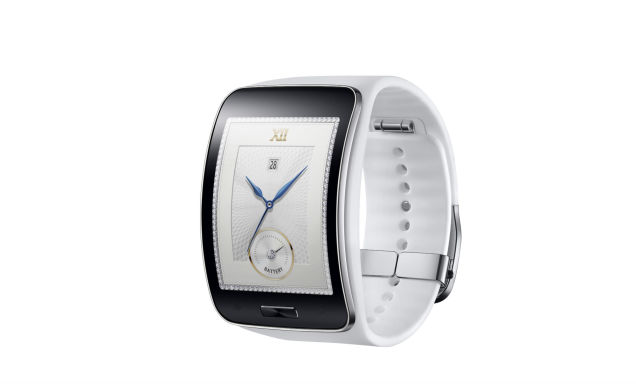 Samsung announced today that it will bring its curved Gear S smartwatch to Canada this week. The smartwatch will be available in Samsung stores starting November 14th, with additional carriers and retailers to follow throughout the month of November (no word yet on specifics). The Gear S smartwatch has a MSRP of $399.99 CAD.

For those unfamiliar with the device, the Tizen-powered Gear S features a 2-inch Super AMOLED screen with a 360×480 resolution, 512MB of RAM, a 1GHz processor, and a 315 mAh battery. The Gear S also contains 4GB of internal storage and a bevy of sensors – GPS, heart rate monitor, compass and barometer – in addition to Wi-Fi, Bluetooth 4.1 and 3G connectivity.

We’ve sent a request for comment to the Canadian carriers on whether they’ll be carrying the Gear S, and if it will come with a wearables plan similar to those found in the U.S.