Rogers prices the upcoming Samsung ATIV S at $599.99 on a month-to-month 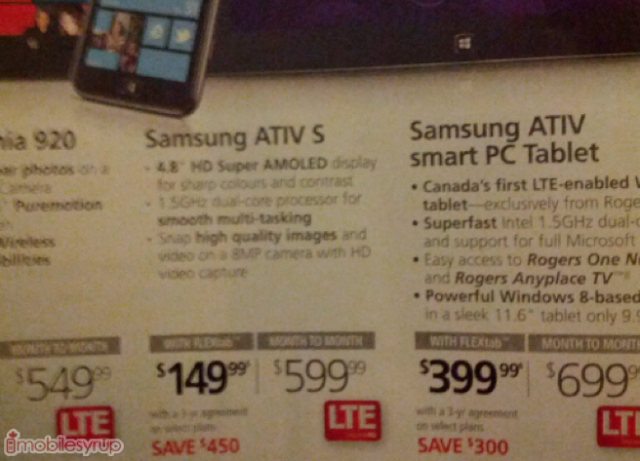 Earlier this week Rogers went live with “online reservations” for the upcoming Samsung ATIV S. They’ve priced this Windows Phone 8 device at $149.99 on a 3-year, but now there’s confirmation of the month-to-month pricing. According to this flyer Rogers is poised to release the ATIV S for $599.99 MTM. Unfortunately there’s still no word on the exact release date. Samsung stated we can expect to see this “in November,” so it looks like it’ll launch next week.