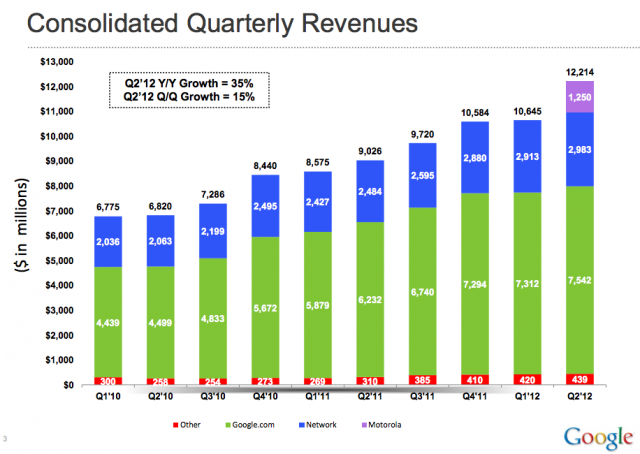 Google has just released their Q2 2012 results and although there’s no word yet on how Android has contributed to the overall success, the company managed to rake in a 21% year-on-year revenue growth. This equates to revenues of $12.21 billion. Interesting they do list for the first time Motorola Revenues in this report, noting “hardware and other” represented revenues were $1.25 billion – “$843 million from the mobile segment and $407 million from the home segment.”

The earnings call is at 4:30pm and we’ll update with specific Android related news.

Update: So, no new updates on Android, just the same stats as they announced at Google I/O