At $329.99 USD, it's tough to recommend unless you really need the ability to connect three monitors to your laptop 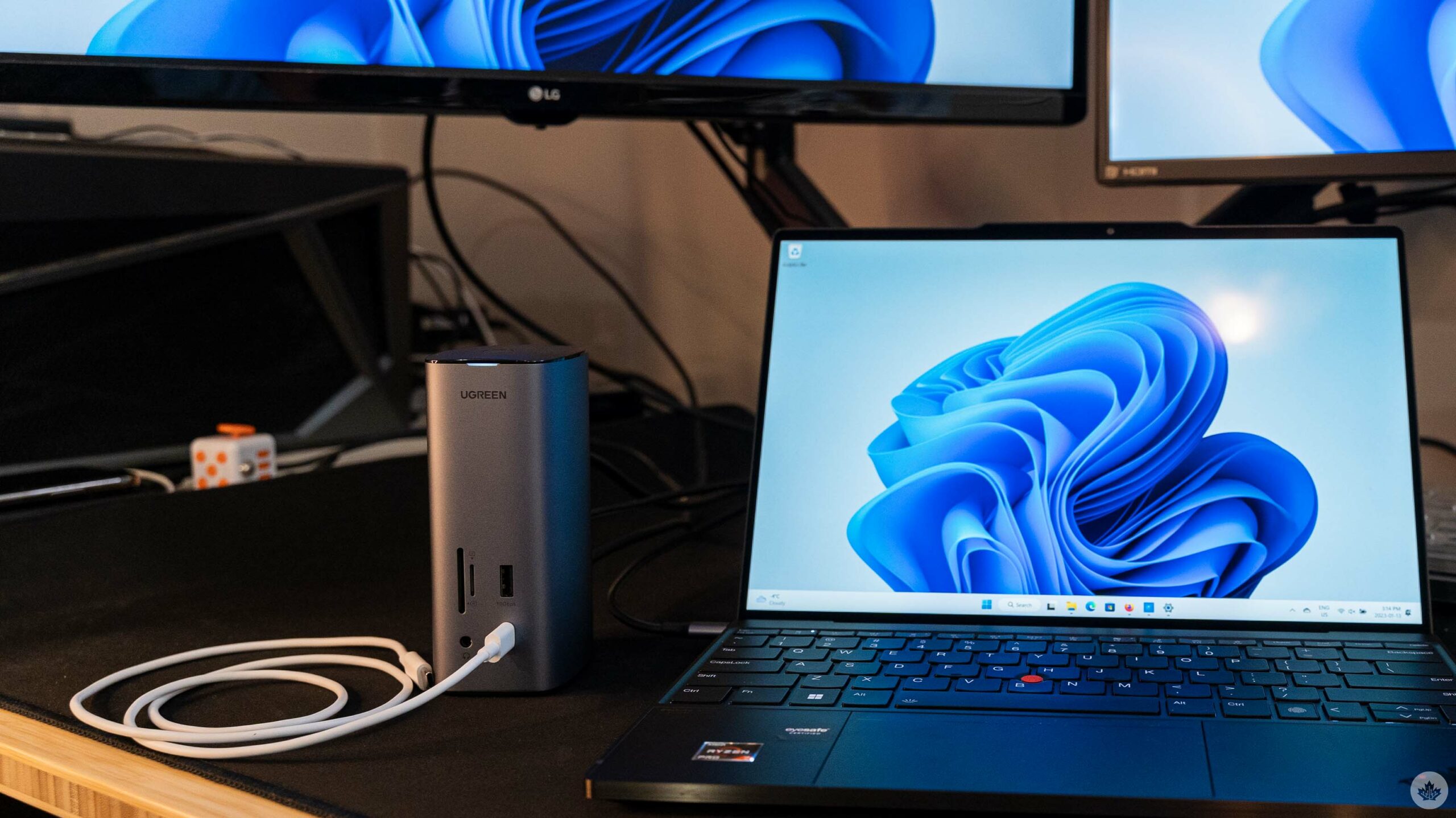 Last year I reviewed some Ugreen charging accessories, but one Ugreen product I tested but didn’t have time to write about was the USB-C Triple Display Docking Station.

The docking station has become one of my most-used Ugreen accessories while also being tough to recommend. The biggest issue is the price — at $329.99 USD (about $442.10 CAD), it’s a tough sell.

It also might be hard to get in Canada. The device isn’t listed on Ugreen’s Amazon store in Canada, making Ugreen’s website the only place to get it. Ugreen’s shipping information notes that it delivers to “most areas of the United States,” with no mention of shipping to Canada. However, when I punched in my shipping information, it estimated delivery would take three-to-five business days and would be free of charge. 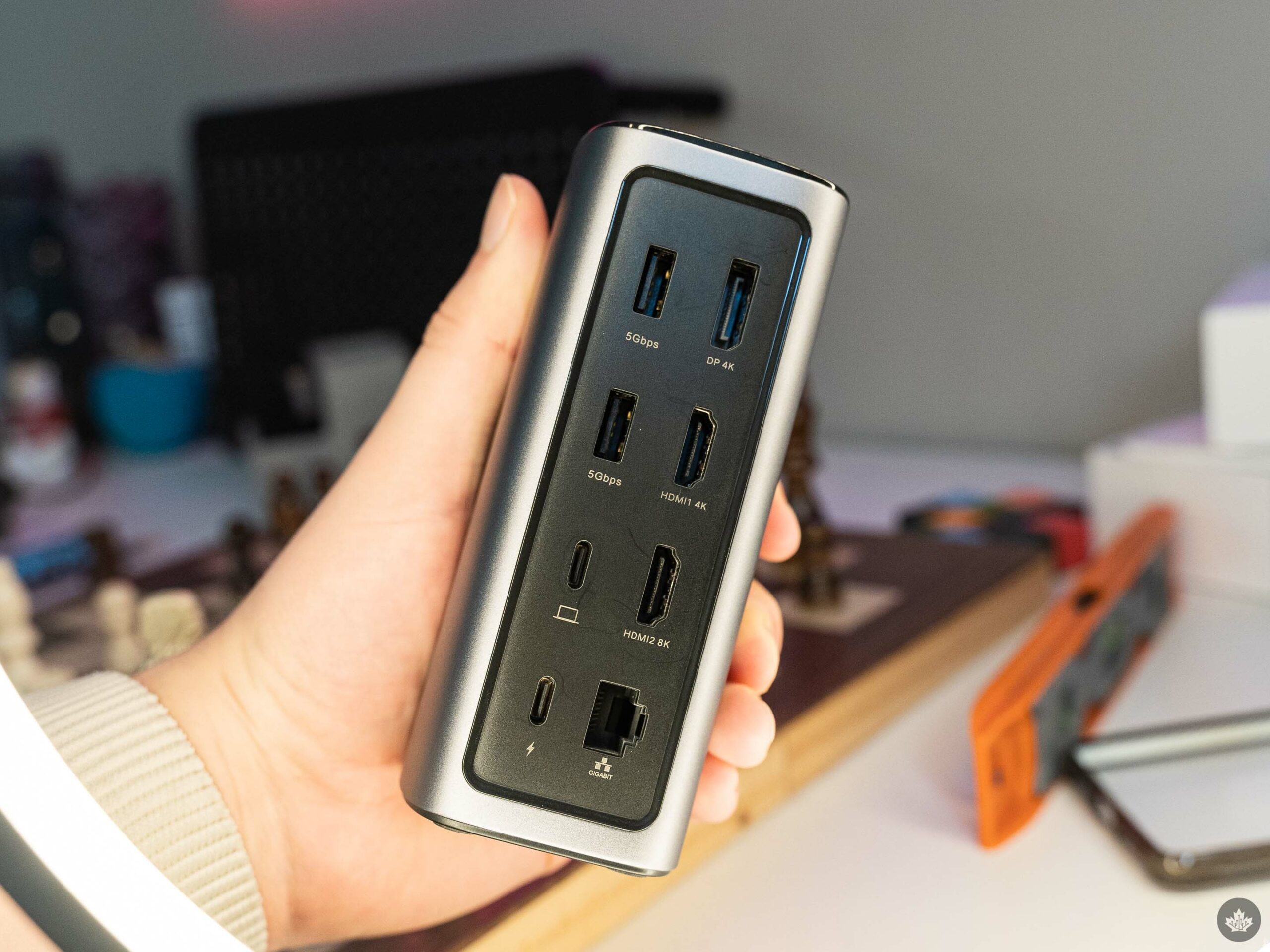 Cost and shipping aside, if you’re in the market for a dock that does it all, then Ugreen may have what you need here. This docking station sports the following: In other words, this docking station is absolutely loaded with ports, enabling a ton of functionality — assuming you’ve got a PC capable of taking advantage of all those features over USB-C. Over the last few months of 2022, I tested out several Windows laptops, most of which worked well with the Ugreen dock. I, unfortunately, can’t speak to how well MacBooks play with the docking station since I don’t have a MacBook, but Ugreen’s website suggests it should work fine.

In fact, the Ugreen docking station actually made my job reviewing laptops a fair bit easier since almost every major Windows laptop offers USB-C charging and display output over the same port. Thanks to that, I was able to quickly cycle new laptops into my workflow by just plugging them into the dock — with one plug, I had access to a whole second monitor, charging, my camera, and anything else I needed to plug in (such as my security key that, unfortunately, uses USB-A still).

A small gripe I have with the dock is that it requires a power source for charging and doesn’t come with an adapter in the box. It wasn’t a major issue for me since I already had other Ugreen adapters — I grabbed the 140W Nexode charger I had from a previous review, and that worked just fine. However, for anyone looking to buy one of these docking stations, it stings a little that the $330 USD price doesn’t include a power adapter (although you do get a USB-C cable). Granted, you don’t need a power adapter to use the dock, but if you want to charge your laptop, you’ll need to deliver power somehow.

Another note is the Ugreen website lists that you need to install ‘Displaylink’ software, but I didn’t install anything and had few issues with the docking station. The one problem I ran into was getting video output from the 8K HDMI port, which I think ultimately came down to a cable issue — not that it mattered much since I only had two monitors to connect to the dock at any given time.

You can learn more about the Ugreen USB-C Triple Display Docking Station here.