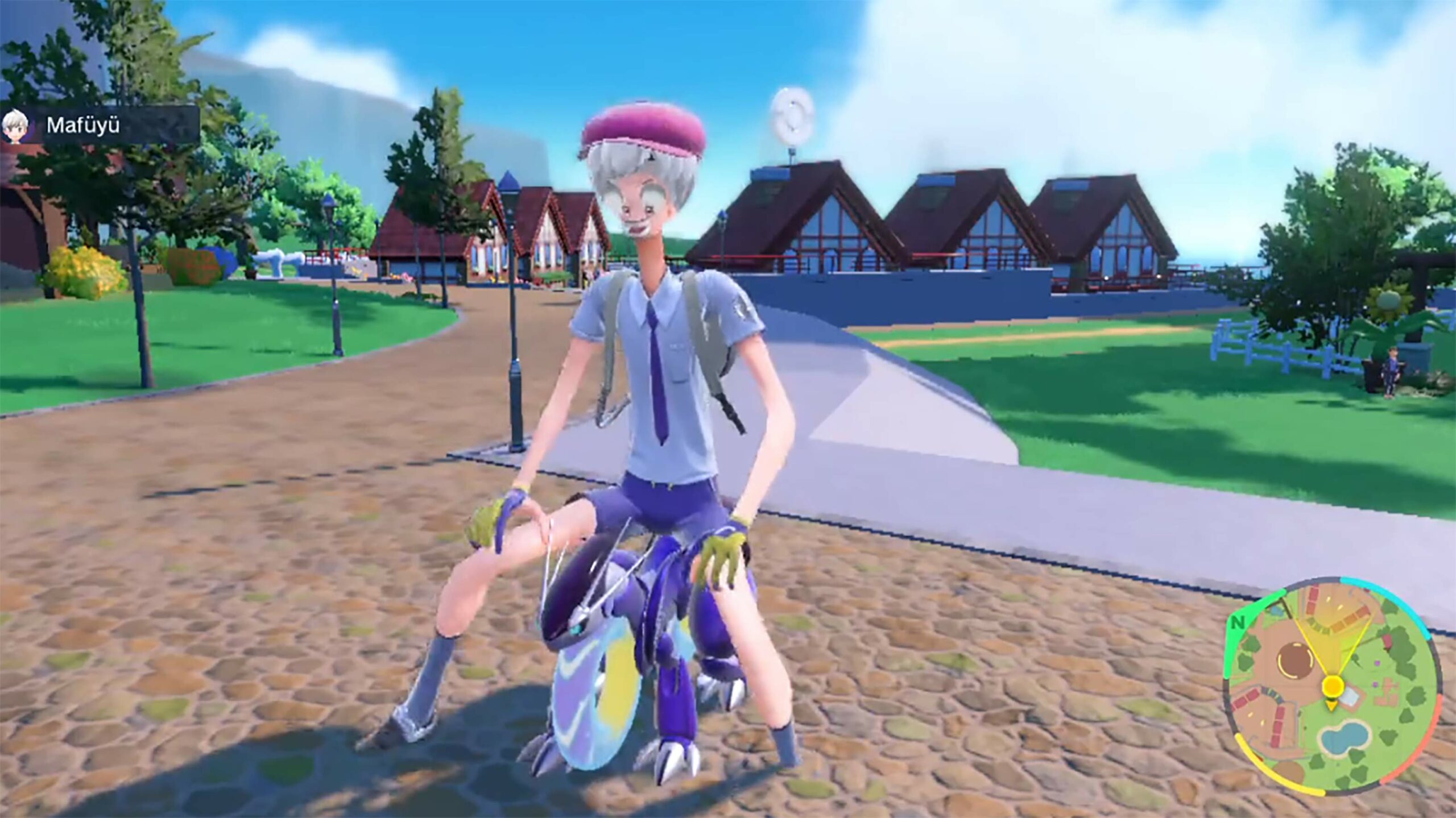 Last week’s launch of Pokémon Scarlet and Violet was… rough, to say the least.

Quickly, players took to social media to report all kinds of technical issues with the games, including low-quality textures, choppy framerate and game-breaking glitches. As the tech gurus over at Digital Foundry put it, Scarlet and Violet are “comprehensive technical failures.”

And yet, Scarlet and Violet sold 10 million copies in their first three days, setting a record for a Nintendo game debut. What’s more, many have said they simply don’t care because they’re enjoying the open-world games. Honestly, this has all been incredibly disappointing to see because, quite frankly, it’s inexcusable that these games are in such an abysmal state.

Since the games have come out, I’ve seen a few excuses thrown around. The most common one has been to blame the Nintendo Switch itself. After all, the nearly six-year-old console is underpowered compared to other gaming hardware. But that’s only part of the picture, and two things can be true at once.

Yes, the Switch is dated, but that also doesn’t mean you can’t still do impressive things on it. The Legend of Zelda: Breath of the Wild, a Switch launch title, had a big open-world yet didn’t suffer from the same technical issues. Or look at Xenoblade Chronicles 3, which launched earlier this year on Switch, features a sprawling explorable setting and while looking and running far better than Scarlet and Violet.

Digital Foundry even wrote extensively about how impressed it was with developer Monolith Soft’s optimization work on the Xenoblade threequel, which is also up for Game of the Year at The Game Awards. Ultimately, this isn’t even a question of being some sort of graphics snob — it’s simply expecting a game that plays decently well. You know, buying something and having it actually work properly. And that’s the thing — Nintendo is, on the whole, one of the best in the business for that. Part of the reason why games like Mario, Zelda or even, say, this year’s Kirby and the Forgotten Land are so well-regarded is that they’re incredibly polished. When you buy a Nintendo exclusive, that normally means high-quality — except, it seems, when it comes to Pokémon.

There’s also the fact that Game Freak should be better than this. If you didn’t know, Pokémon is the highest-grossing media franchise of all time. We’re talking bigger than Marvel, DC, Star Wars or Harry Potter. It’s not unreasonable, then, to expect better. In fact, it makes it all the more embarrassing that we see smaller developers with far less in the way of budgets or resources working on Switch exclusives who are nonetheless able to avoid releasing Scarlet– and Violet-level of broken games.

I’ve also basically seen excuses like “well, it’s fun” or “oh, it’s a kid’s game and my daughter likes it, so it’s fine,” which are likewise baffling. So many games are both fun and for kids that also just work — see practically every Nintendo first-party game, like the aforementioned Mario. Part of the brilliance of the company’s games is also that they have universal, all-ages appeal, so trying to diminish that only for Pokémon simply makes no sense. It also ignores how many adults no doubt still play the series. That’s also to say nothing of the many other “fun kids games” that simply aren’t as sloppy as Scarlet and Violet.

Only with Pokémon do we get these sorts of caveats. For months, Sonic Frontiers was lambasted for looking rough-around-the-edges, but that’s okay since the hedgehog is everyone’s favourite punching bag. People may have disappointingly forgotten it, but CD Projekt Red was rightfully mired in controversy over a disastrous Cyberpunk 2077 launch. The little indie team of Hello Games was eviscerated for mishandling No Man’s Sky. I could go on. But with Pokémon, people don’t seem to care. Why do we hold other developers, even indies, to a higher standard than the company behind the literal biggest media franchise of all time? And because people looked past Scarlet and Violet‘s issues and gave Game Freak record-breaking sales, it sends the message that such shoddiness is acceptable. Why even put in the work to polish something when you’ve been told it’s unneeded?

To be clear, I’m not calling individual Game Freak developers lazy. They no doubt work very hard on these games and developers would obviously want to release the best game possible. Instead, it would almost certainly be, as is usually the case, an issue on the business side of things. I have no insider knowledge, but it certainly reminds me of a similar issue that we’ve seen with the Marvel Cinematic Universe, where the content is being churned out at such a fast rate that individual titles suffer. In the same way that VFX studios simply can’t keep up with that pace, it seems as though Game Freak — which has maintained an annual release pattern and also had Pokémon Legends: Arceus this year — might have been spread too thin.

I also absolutely don’t fault anyone for liking Pokémon. While the series has been far too creatively stagnant for me, personally, there’s nothing wrong with playing and enjoying Scarlet and Violet. What I find troublesome is that people so willing to go to bat for a billion-dollar corporation. You can simultaneously have fun with this first true open-world Pokémon game while also not excusing its issues. The nostalgia some have for Pokémon is almost unparalleled, and it apparently prevents many from even remotely criticizing any of the series’ games.

The bugs in Pokémon Scarlet/Violet are amazing. pic.twitter.com/0awP4jA4bR

That said, it has been nice to see some people more appropriately critical of the games. On top of Digital Foundry, it was nice to see IGN‘s Rebekah Valentine both praise the core design and call out Game Freak for the “numerous ways in which Scarlet and Violet feel deeply unfinished.” And some people on Twitter, when they’re not excusing the issues or simply laughing at them, have expressed similar statements. I just hope people remember all of this come next year’s inevitable Pokémon game and hold Game Freak to even a slightly higher standard.