There's a lot going on in this little game 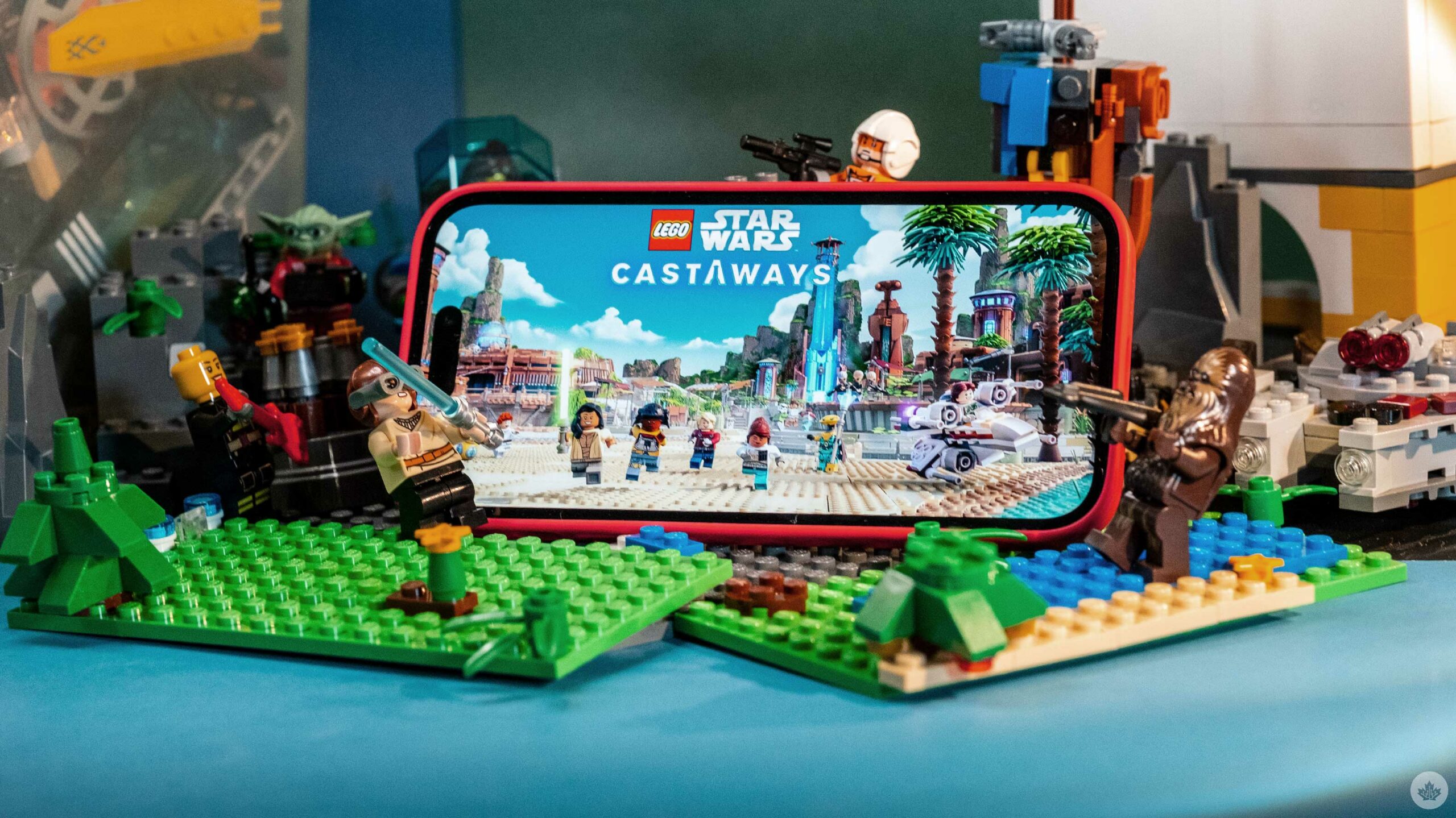 I’ll admit that I’ve slept on Apple Arcade hit Lego Star Wars Castaways, but now that I’m playing it, I can’t put it down. The game’s story isn’t quite as engaging as the classic Traveller’s Tales Lego games, but it might be more fun.

Released in late 2021, the only way to access this game is to pay $5.99 for Apple Arcade, which is likely why I haven’t played it until now. As a kid, I devoured genuine Star Wars Lego sets and games, so anything with this branding combo speaks to me. 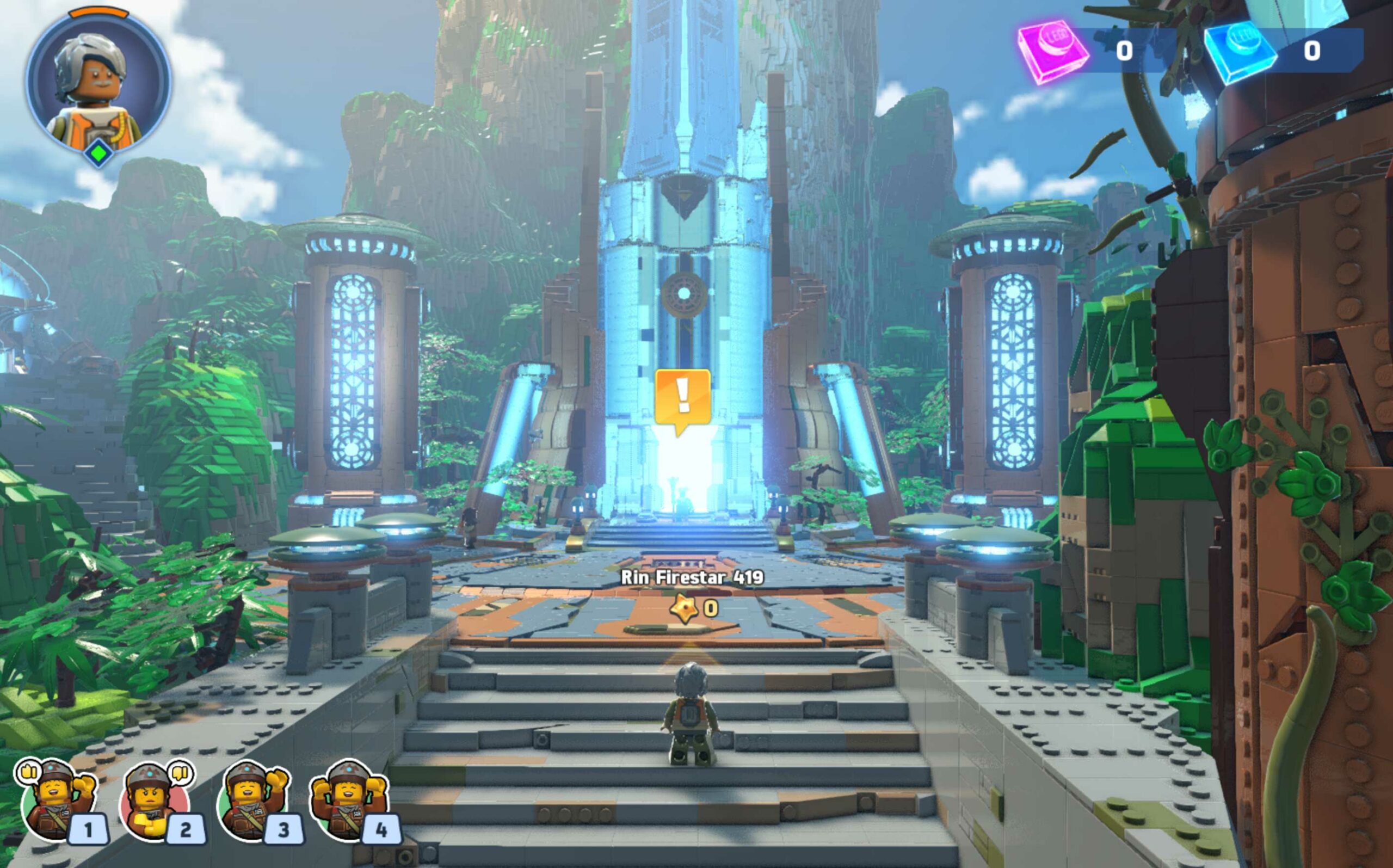 Castaways centres around a character that crashes on a tropical Lego Star Wars planet. You create a Lego Minifig and begin talking to locals. The story unfolds a bit from there, but most of the game is played from this expansive tropical hub world. There’s lots to do at first; however, over time, it leaves a lot to be desired.

That said, everything in this game is made out of Lego and looks astounding. When the title’s creative director, Jacques Durand, told me he did it for “the love of the brick,” he wasn’t lying. Seriously, this is the game’s real draw to any Lego nerd. The pure creativity of how Gameloft Montreal has developed this engine and constructed the world out of virtual lego pieces is astonishing. Beyond that, the lighting and detail in Lego Star Wars Castaways push what to expect from mobile games on modern devices.

Once you’ve finished exploring the island, the game revolves around visiting three different ‘Holosimulation stations’ that take you on different adventures. The first lets you go on small/medium-sized quests through dungeons themed after Star Wars locales. You partake in these on foot and use your skills and weapons to destroy enemies and corruption nodes. There are six different locales to explore in this mode.

The following simulation is for vehicle-based missions, and the final sim is for PvP combat/horde mode. There are three locations to explore and seven in the combat realm.

These simulations are fun. I’ve enjoyed the standard adventures the most, but my girlfriend, Alex, who I’ve been playing with, liked the flying missions a little more. Like the hub world, everything is made of Lego and the large areas you explore look great but only offer some replayability. They get a little stale after a few days of playing, however.

Still, being forced to replay levels hasn’t deterred me from pulling this game out of my pocket at least once a day.

Since Lego Star Wars Castaways is so pocketable, I can start a game and rip through a dungeon or see what new items are in the store anywhere, and that’s hooked me. It’s almost like a bite-sized Destiny, but it’s Lego combat instead of tight shooter controls. On top of that, since the game is an Apple Arcade title, I can also play it on Mac, iPad and Apple TV.

The combat is pretty fun, too, and the four classes built into the game are surprisingly deep. So far, I’ve only unlocked the ‘Trooper’ and ‘Force adept,’ but there are also ‘Support’ and ‘Agent’ that come later.

All classes are given different weapons and abilities. For instance, my Trooper has a three-shot-spray blaster and a grenade, while my Force adept class has a Quarterstaff and can Force Push enemies. Levelling this class up to four rewards you with a lightsaber, and level eight unlocks Force Lightning.

Overall, this is a compelling mobile title. While I wish it weren’t completely gated behind an Apple Arcade subscription, I’d say that it’s easily worth $10 (two months of subscription). Plus, you might find a few other games to play as well. However, anyone with even the smallest amount of Lego Star Wars passions will likely enjoy the love put into Lego Star Wars Castaways.