Galaxy Buds 2 Pro: These could have been great 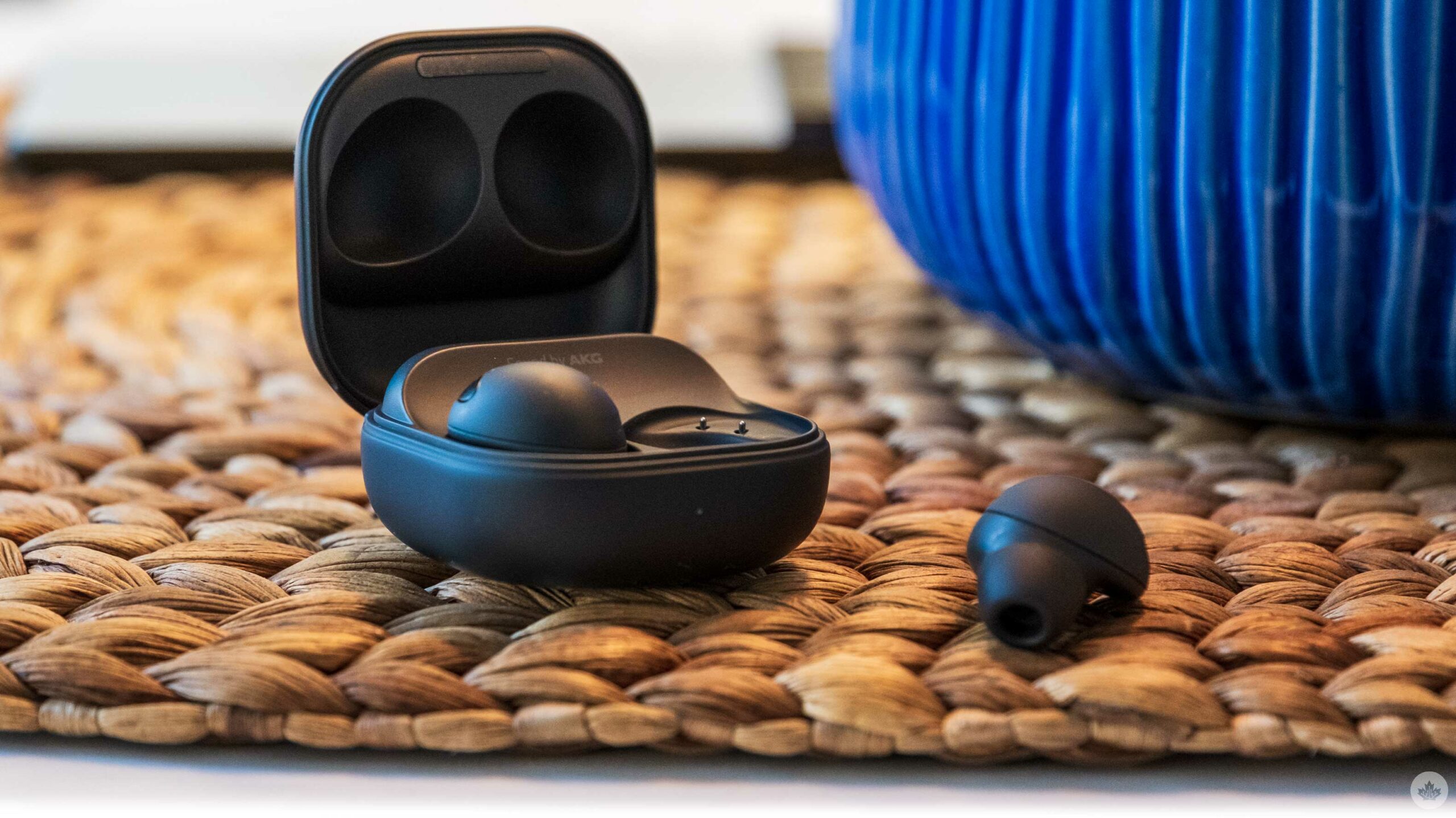 Compared to top-end earbuds like Google’s Pixel Buds Pro and OnePlus’ Buds Pro, Samsung’s buds are compelling, but they’re likely still not the best option for most.

This year’s Samsung high-end wireless earbud offering is rock solid, but the company might be doing itself an injustice by trying to replicate AirPods-like features within the Samsung ecosystem. The company needs to step back and realize that its ecosystem isn’t as locked down as Apple’s, and small features like this are often just as much of a deterrent as they are a selling feature.

That said, when the music is pumping, there aren’t many situations where the Galaxy Buds 2 Pro disappoint, and that’s what we’re all here for anyway.

A step up in Samsung’s sound 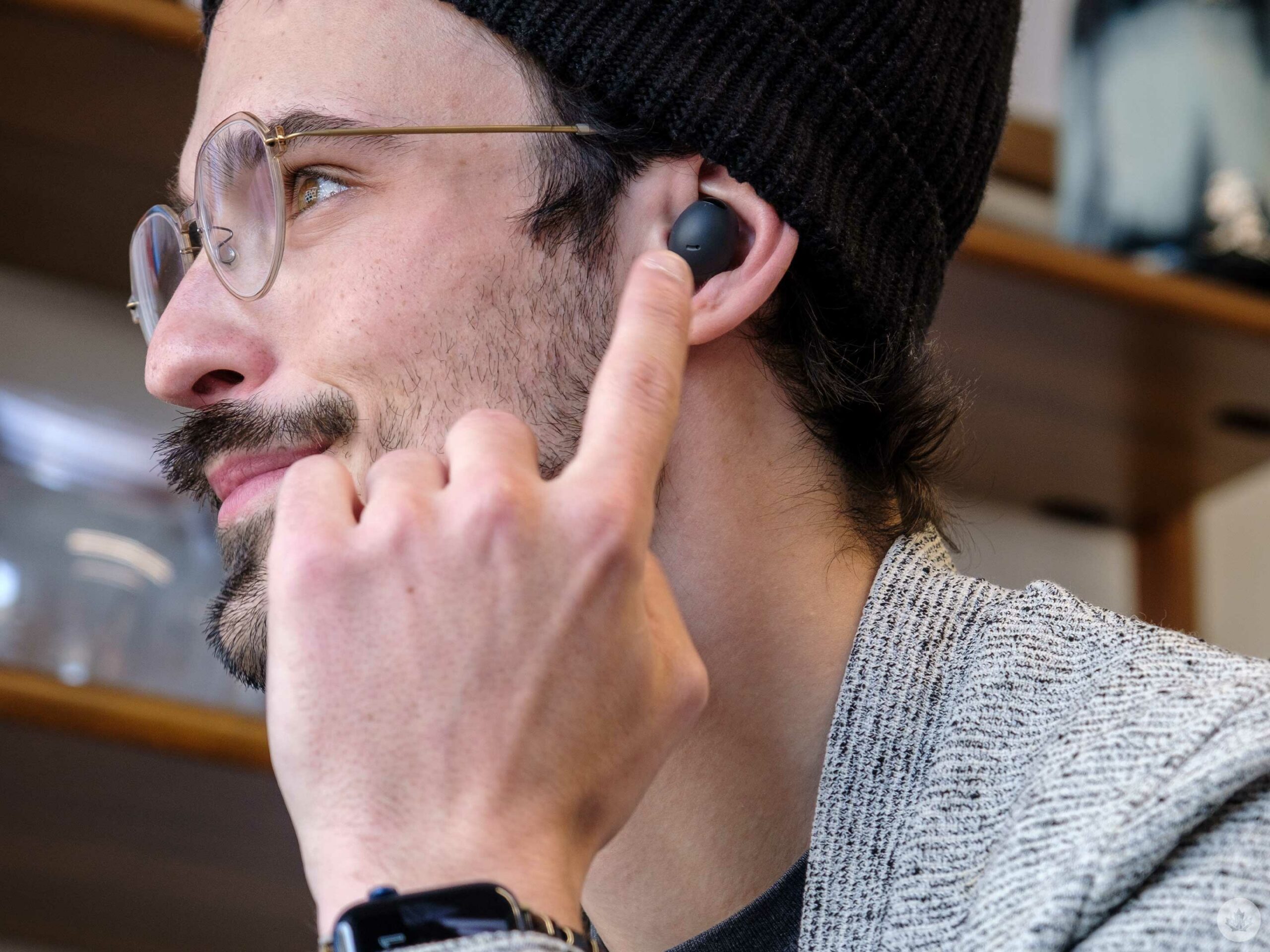 Samsung has been cranking out above-average-sounding earbuds since it purchased AKG and released the Galaxy Buds+ in 2020. As expected, the new Galaxy Buds 2 Pro continues the legacy of great-sounding buds and are the best yet.

Compared to the existing Galaxy Buds 2, the clarity is a step above and blew me away when I first tested them. The new two-way speaker and enhanced woofer do a good job of providing balance to such a small unit. The bass kick is satisfying, and the vocals are always clear.

The buds’ soundscape also offers great stereo separation. I found myself getting lost in the music easily, partly because of the realistic sound reproduction but also because the ANC (active noise-cancelling) blocks out every annoying sound in my office. You can still hear some noises when you have nothing playing, but once the music kicks in, it provides a very isolating listening experience. 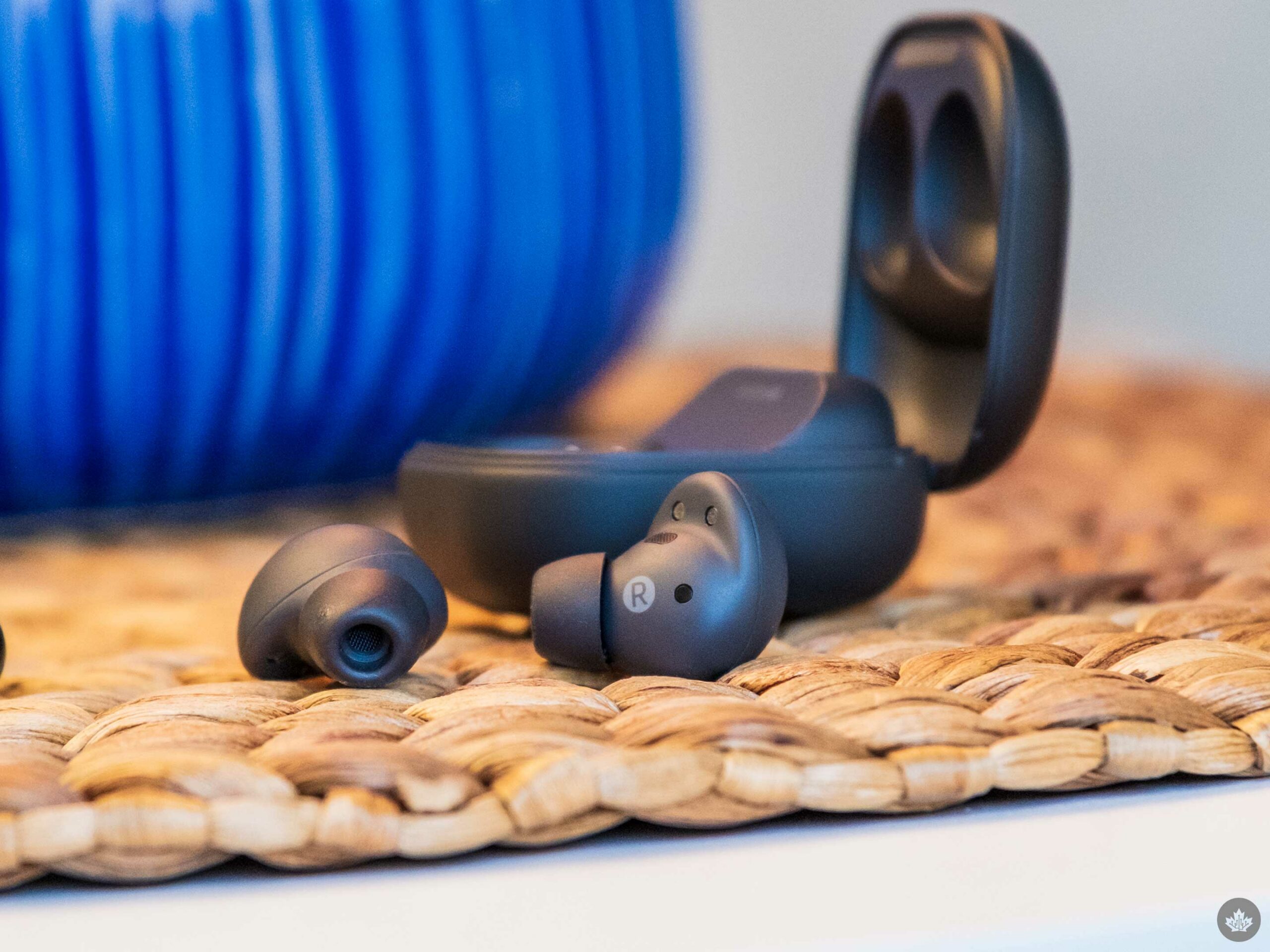 These noticeable audio upgrades are slotted in alongside a natural sound profile that audiophiles will be happy to listen to. If you want to dive into the deep end of wireless earbuds audio graphs, you can learn more in this video from Crinicle+.

Samsung’s marketing for the earbuds hypes up the fact that they can transmit 24-bit audio, but that only works with Samsung phones and most music streaming services charge extra for that, so it’s not something most people really need to worry about. I tested these earbuds on a Pixel 6, OnePlus 10 Pro and a MacBook Pro, and they sounded great on those devices playing regular music on Spotify with the highest streaming quality.

The perks and fallbacks 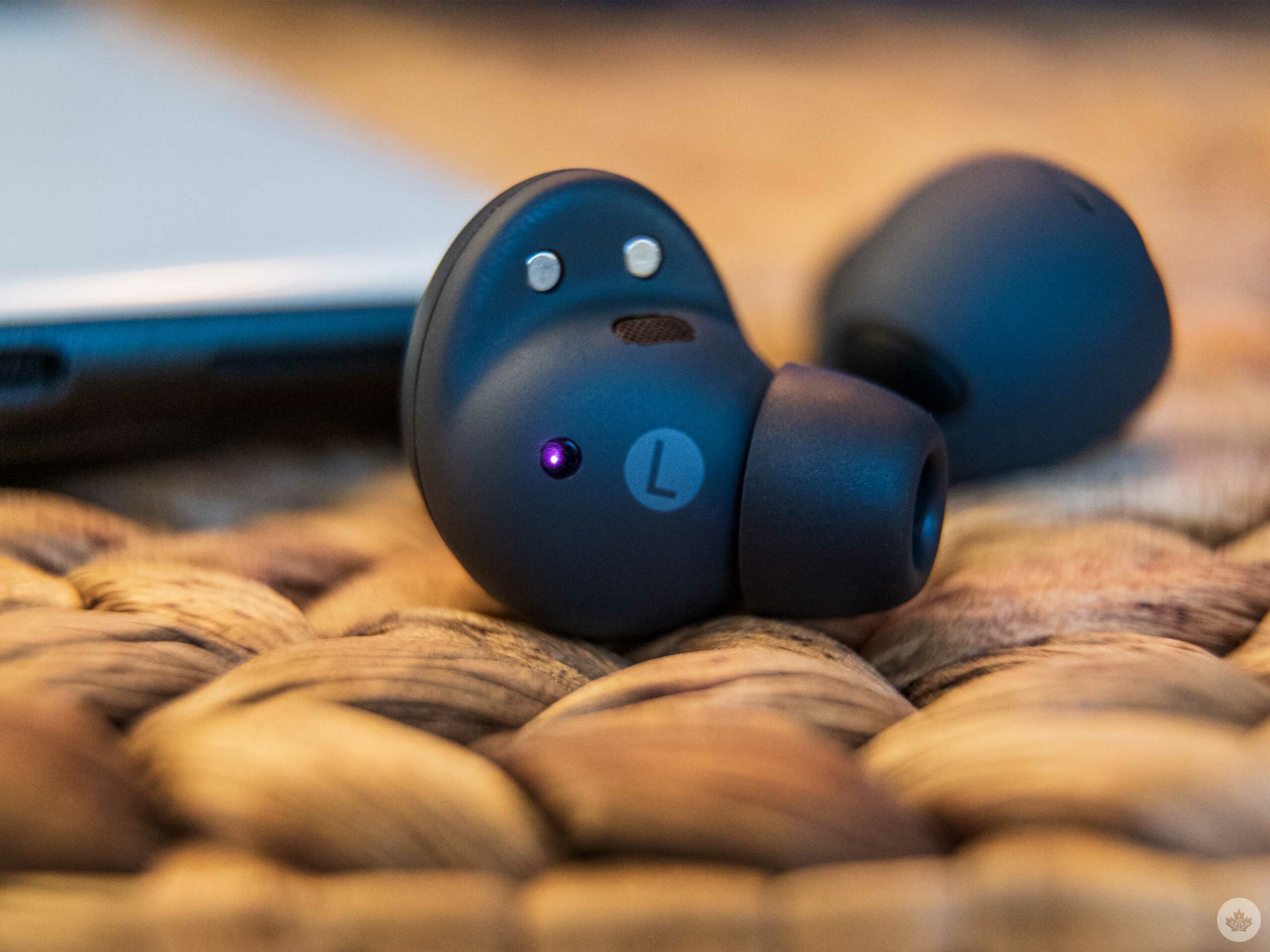 The Galaxy Buds 2 Pro come with Samsung’s excellent wireless earbuds case that fits nicely into most pockets, but this year the case and buds feature a grippier texture that feels awesome, but is a bit harder to slide in and out of tight pockets.

The best software feature these buds offer is Samsung’s ‘Conversation mode,’ which disables ANC when you start talking and smartly re-enables it afterward. This is the same feature that was offered in the last Galaxy Buds Pro. It’s cool and works well for short chats. More extended conversations introduce dead air and moments for the ANC to re-enable. However, talking again will bring them back into transparency mode, and I found this feature extremely helpful. It sounds inconsequential, but not having to take out your earbuds and pause your music to ask a quick question is extremely convenient.

A fairly limited equalizer allows you to choose from some preset sound profiles like ‘Bass boost,’ ‘Dynamic,’ and more. I was so impressed with the default tuning that I stuck with it for most of my listening, but it’s nice to have a few options. It would be cool to see Samsung start to let users adjust the EQ with more granularity since that seems like the next step for this feature. 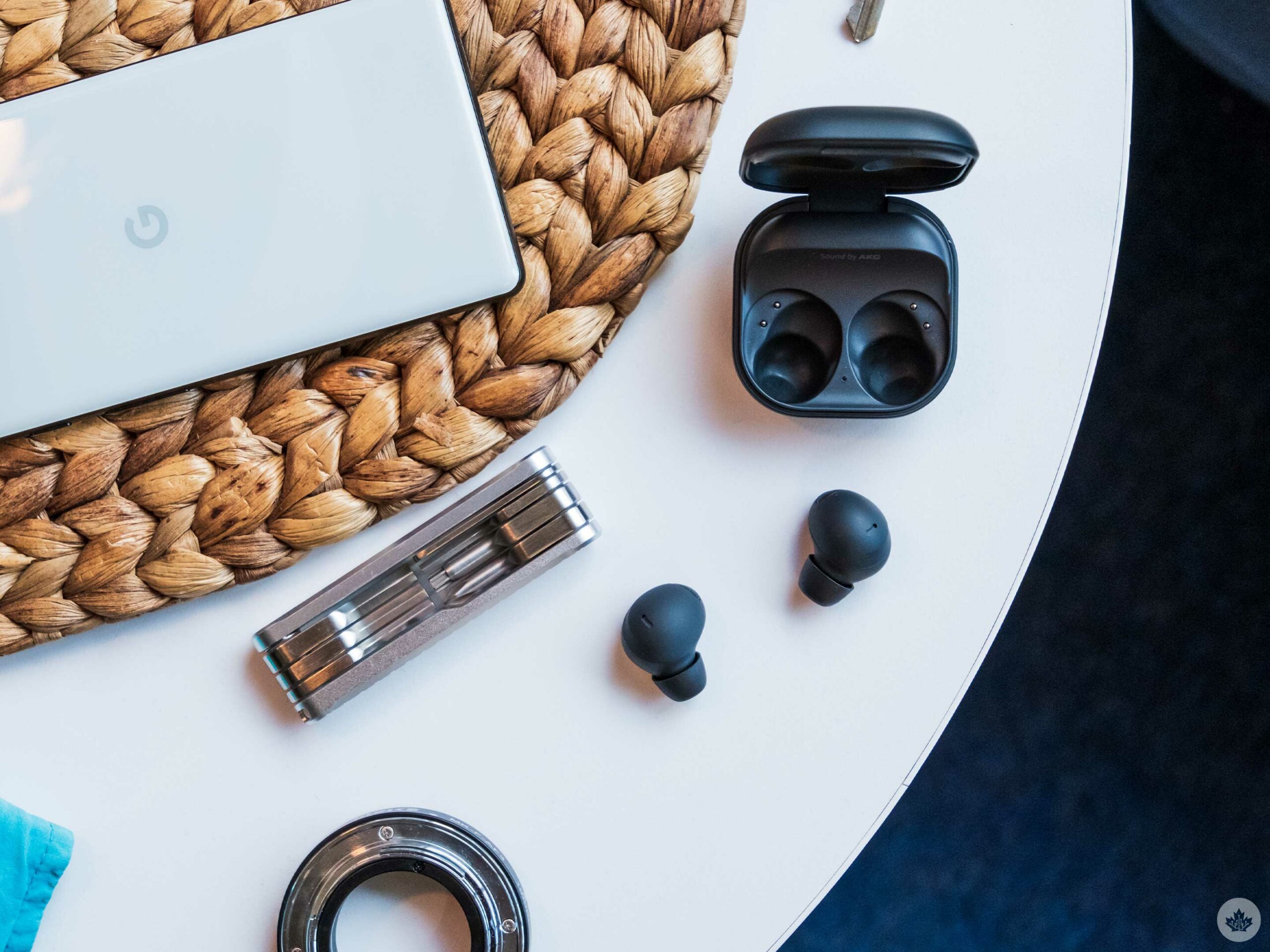 If you use a Samsung phone, tablet, smartwatch or computer, the Galaxy Buds 2 Pros will also seamlessly connect to your devices, which is a significant plus for these buds since connecting and using them with more than one non-Samsung device is a hassle. Samsung says you can touch and hold on both buds at the same time when they’re in your ears to pair them, but this doesn’t work when the buds are already paired to something, so it’s pretty much useless. This is also an issue I notice with the standard Galaxy Buds 2, and one I’m blown away with, considering it has made it through this many generations of earbuds.

That means to put the buds into pairing mode, you need to simply open the case. The same action also connects them to the last device they were paired with.

This means if you want to pair with your phone, for example, and the Galaxy Buds 2 Pro are already connected to your computer, you need to turn off Bluetooth on your PC so they won’t auto-pair to it when you open them. On the contrary, most wireless earbuds have a button on the buds or the case that can trigger Bluetooth pairing. Samsung does have one, but for some reason, it doesn’t work.

In the end, this is a huge flaw and made using the buds daily for work at my desk, and then with my phone on a bike ride after work, an incredibly frustrating experience. If I lived in Samsung’s ecosystem, it would be fine, but as someone with a Mac and an Android phone, this makes them too annoying to recommend, even if they sound great. 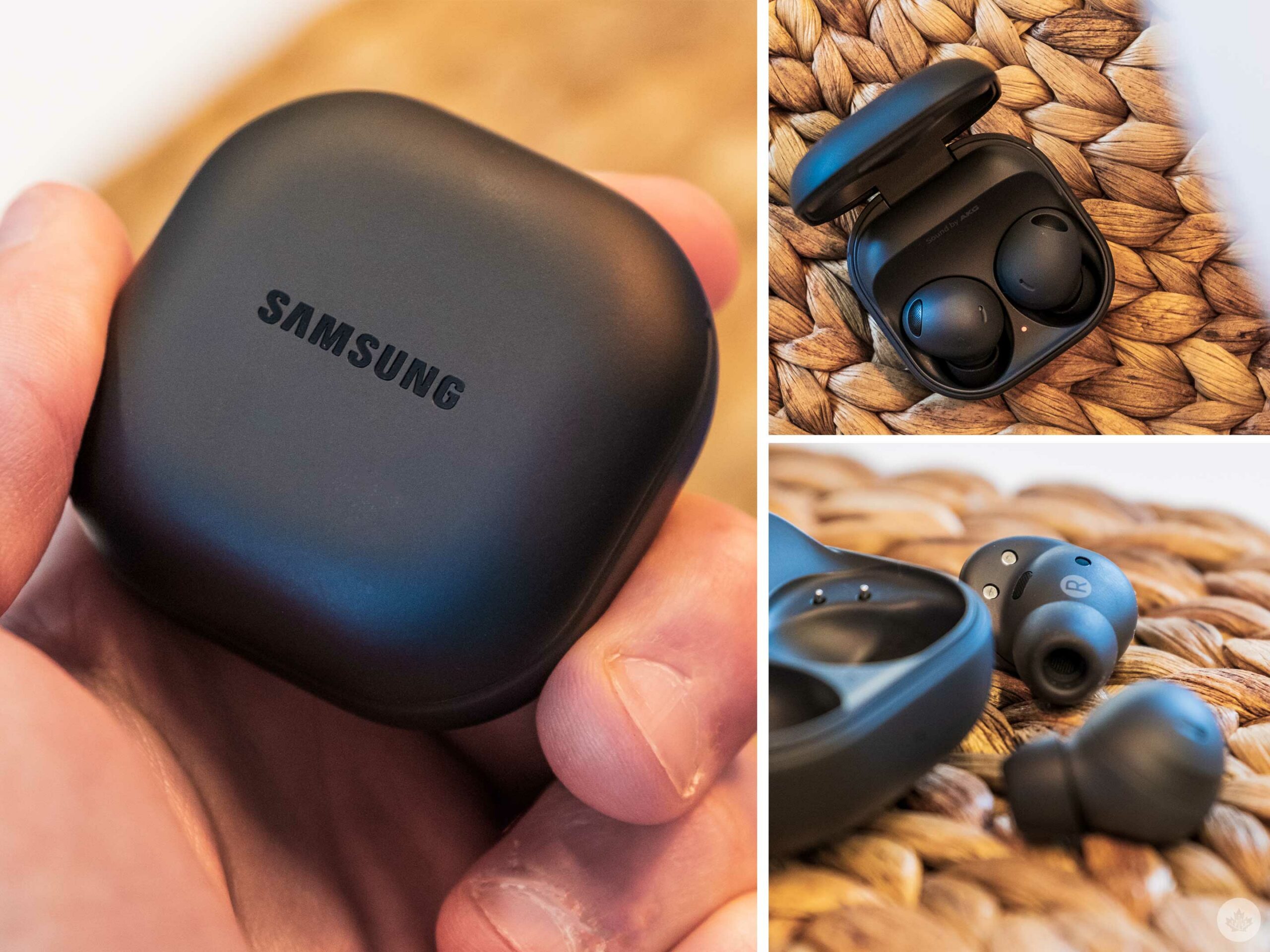 The other issue with these buds is the price. Sure, they sound a bit better and offer stronger ANC than the regular Galaxy Buds 2, but they cost a lot more. At $120, the standard Galaxy Buds 2 are a great deal, but at $289, the Galaxy Buds 2 Pros are a tough sell. Moreover, the high price makes it more annoying when they fail to work.

Compared to the Buds 2, the new Buds 2 Pros do feature a few notable improvements, including stronger IPX7 water resistance compared to IPX2 in the non-pro models. Samsung says you can submerge the new buds for up to 30 minutes in shallow fresh water, but swimming with them is not recommended. That said, enhanced protection from sweat, rain and the odd spill is always welcome.

On top of that, the buds also don’t have a very good internal microphone. It’s passable, but compared to AirPods, Google Pixel Buds Pros and even Beats Fit Pros, the Galaxy Buds 2 Pro’s mic is the worst of the bunch. You can listen to a full microphone test here. 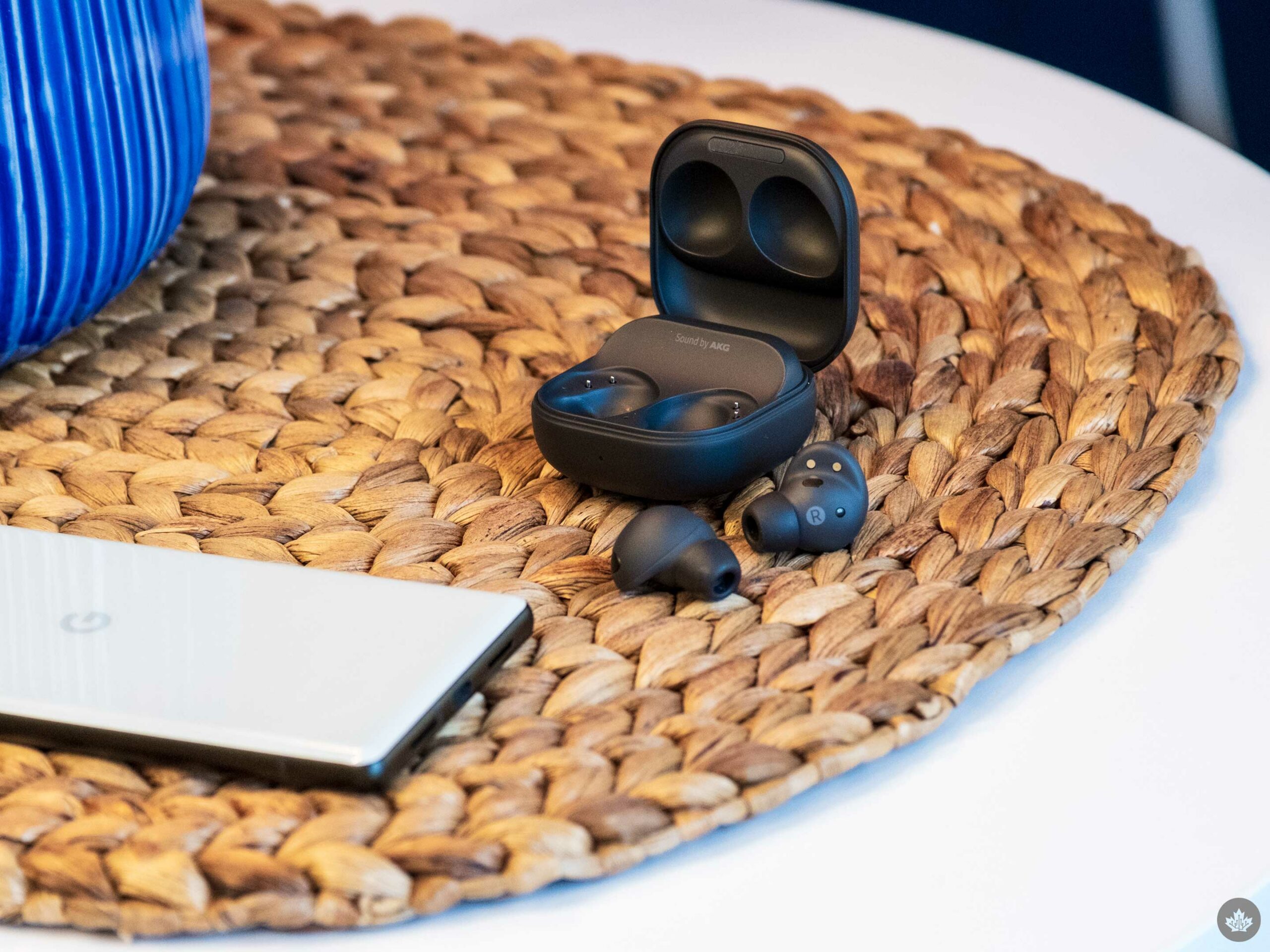 The Galaxy Buds 2 Pros are still an appealing package. They sound great, are supremely comfortable and have strong active noise-cancelling. For tuning out the world and listening to music, these are hard to beat.

They fall short when you want to connect to multiple devices, unless you’re rolling deep in the Samsung ecosystem. I’m usually a big fan of Samsung earbuds since they offer a stellar price-to-performance ratio, but with the top-end Buds 2 Pro, that isn’t as apparent.

They’re good, but expensive, and when you look at other competitors in the around $300 range, you can get a more solid option from Google with the new Pixel Buds Pro. Audiophiles might like the Samsung sound better, but for most people, convenience will trump the small improvements in sound.

If you are in the Samsung ecosystem and you have a few hundred dollars to kill, these are great buds, but be warned of their limitations and that they might not be the most notable upgrade over your existing earbuds. You can buy them from Samsung for $249 CAD.

"They fall short when you want to connect to multiple devices, unless you’re rolling deep in the Samsung ecosystem."