Slow down, relax, chill out 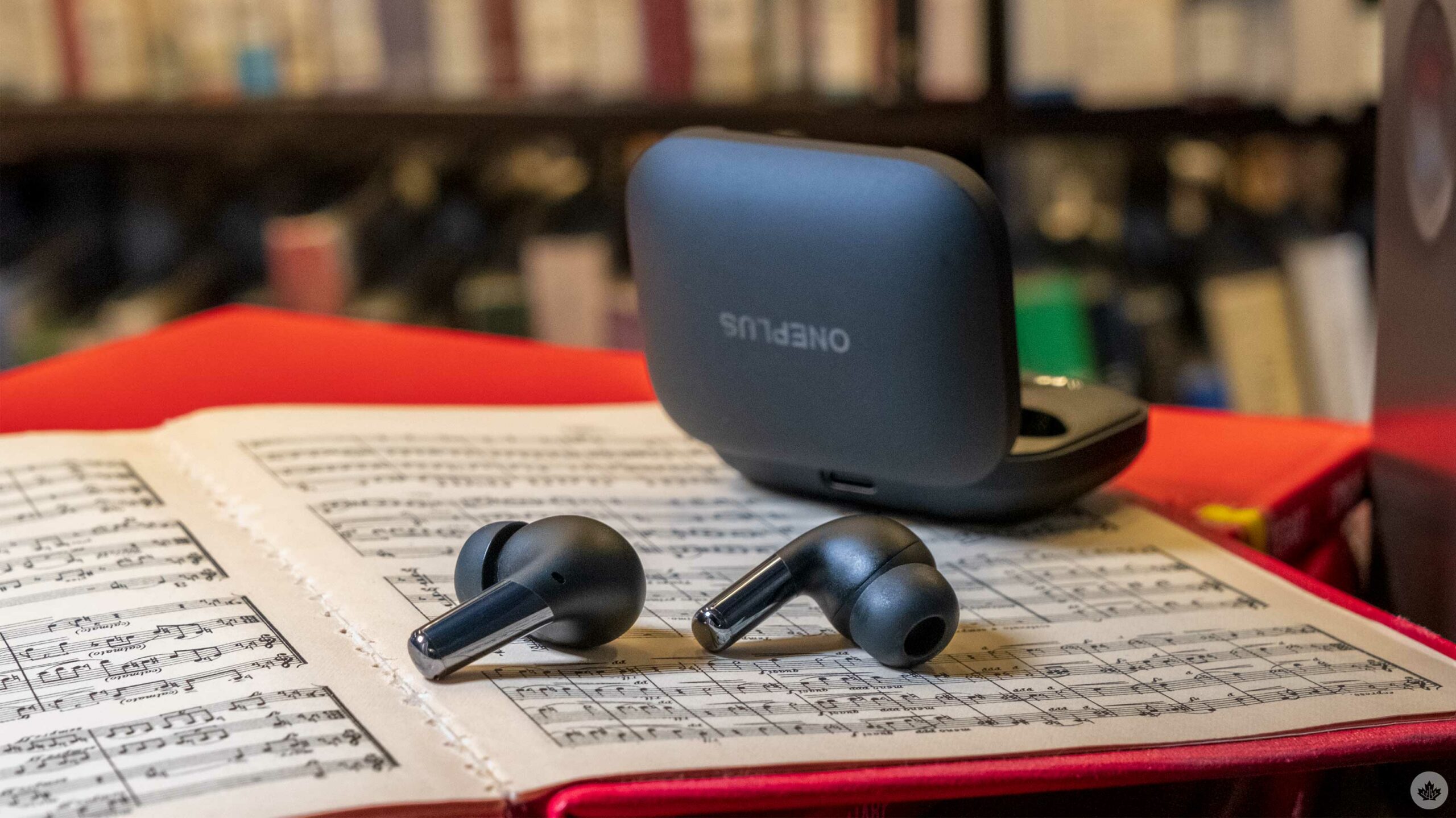 OnePlus has impressed me once again, only this time it has less to do with its decent, affordable hardware and more to do with one handy feature — ‘Zen Mode.’

Adding Zen Mode to its Buds Pro earbuds makes so much sense that I’m surprised the idea isn’t more prevalent across the industry. Zen Mode allows users to squeeze the stems of the buds to activate a soundtrack of birds chirping, late-night campfires, and other serene sounds.

I’ll note this is slightly different than the Zen Mode on a OnePlus phone which just locks down your device for a set amount of time so you’re not distracted by it.

While the feature is no home spa, it still adds a compelling twist to the earbuds, making them worth considering over competing pairs with active noise-cancelling (ANC).

Subdued, but not understated 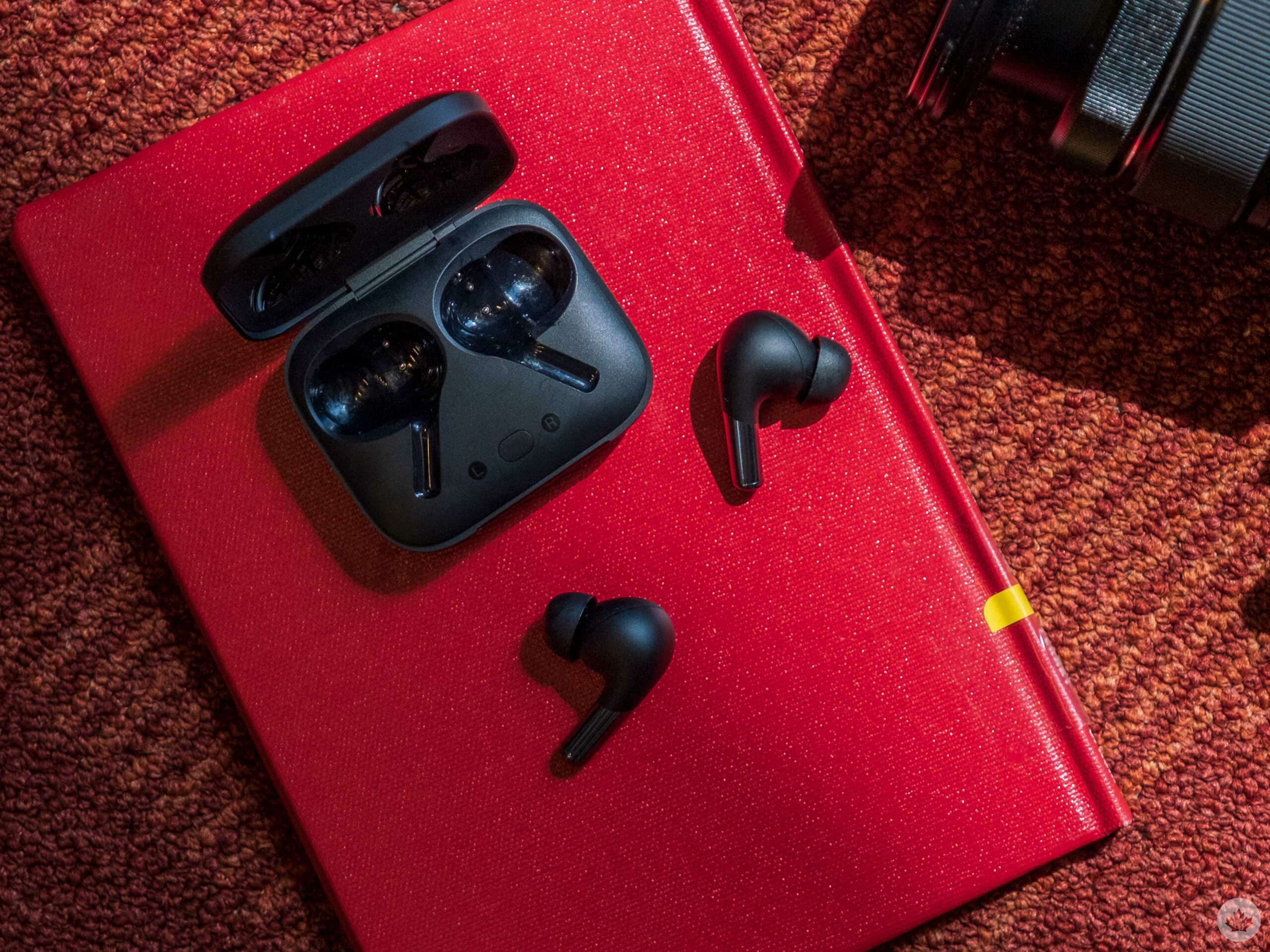 When you first pick up the buds, the soft-touch case feels like a little stone in your hand. Opening it up reveals a packed space with the two little buds facing towards you. It’s a small case that takes up minimal space in my pockets. The only other earbuds case that’s slightly smaller than this is the new Galaxy Buds 2, if pocket space matters that much to you.

Once you get the actual buds out of their case, you’ll notice a more premium-looking design compared to OnePlus’ previous earbuds, with a smaller stem that’s wrapped in glossy metallic-looking plastic. Overall I have nothing against this look since it’s so subtle, but I did find that even though the case and buds I tested are primarily matte black, you can still see fingerprints on them sometimes.

“I’m hard-pressed to say the OnePlus Buds sound outright bad, but these are not the best wireless earbuds on the market when it comes to audio quality.”

One of the more interesting aspects of these buds is the unique playback control scheme. Instead of tapping on a button like with the Beats Studio Buds or touch-sensitive surfaces like the Galaxy Buds 2, users need to squeeze the metallic part of the earbud stem to play/pause or skip tracks. Like other wireless earbuds, the Buds Pro also auto-pause when you take them out of your ears. 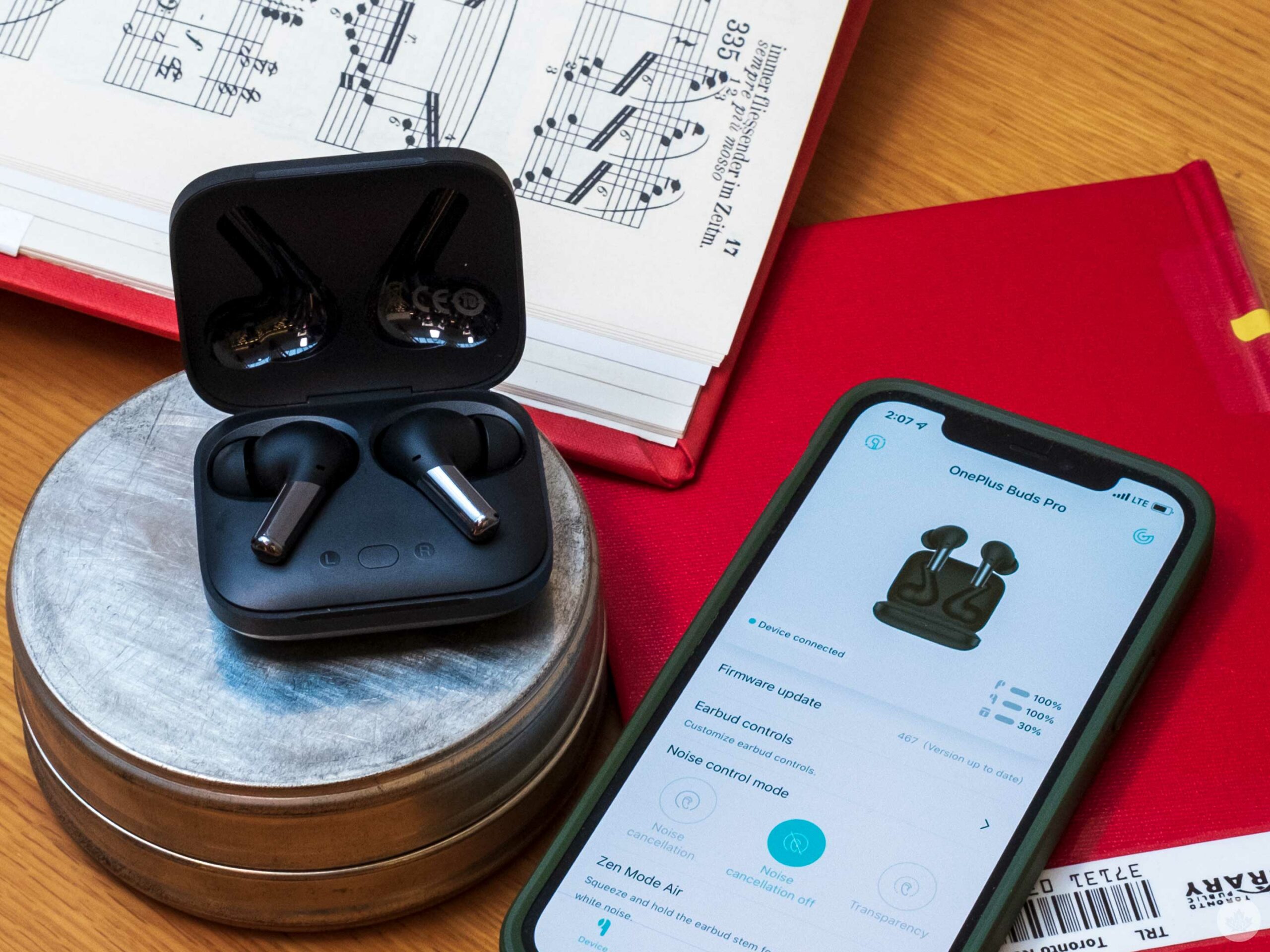 On top of that, you can squeeze and hold on the stems to trigger the Zen Mode I mentioned earlier. I know this sounds like the silliest feature ever, but if you’re someone who has trouble staying focused like me, this is a brilliant addition to wireless earbuds.

Since it’s so easy to trigger any time I’m sitting down to work, it’s incredibly seamless to just pop in the Buds Pro and focus. Sure, you can play these types of sounds through all headphones with a simple YouTube or Spotify search — and Windows 11 is actually incorporating a similar system into its OS — but the simplicity of this makes the OnePlus Buds Pro appealing.

If you have a OnePlus smartphone, you can select what soundtrack you want from the earbuds’ menu within the Bluetooth settings on the phone. With any other phone, you need to download an app called Hey Melody (iOS/Android) to change this and tweak how the controls work. 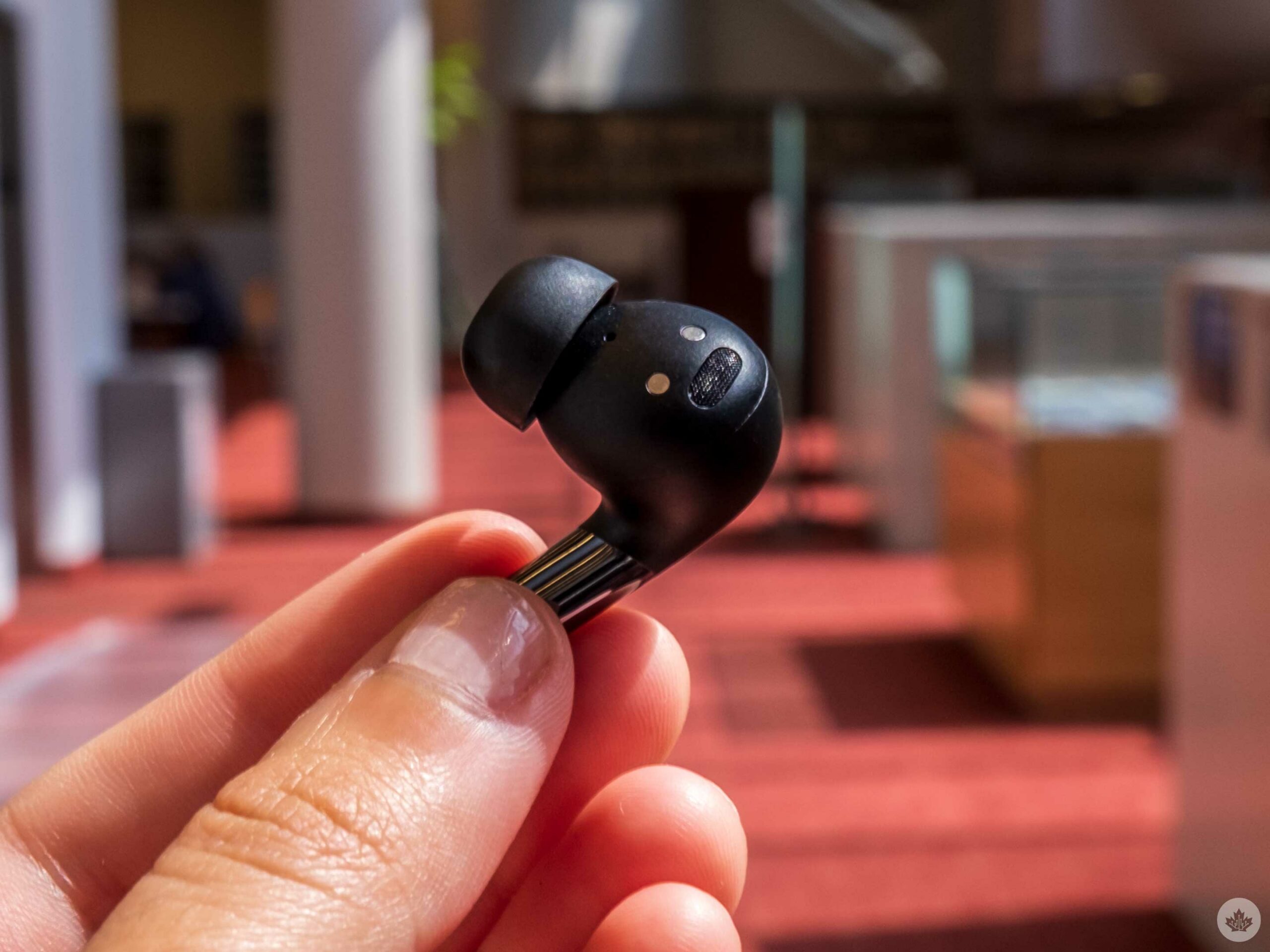 The Buds Pro also features an IP55 water and dust resistance rating, so they should easily survive in the rain or through a sweaty workout.

With the charging case, the OnePlus Buds Pro last for 38 hours without ANC. With ANC enabled, the buds last for 28 hours. They also can get an extra 10-hours of battery off of a 10-minute OnePlus Warp Charge. OnePlus doesn’t share how long each bud should last, but I was easily able to get a little over five hours of listening without placing them in the case with ANC enabled.

So they’re an in-ear spa, but do they sound good? 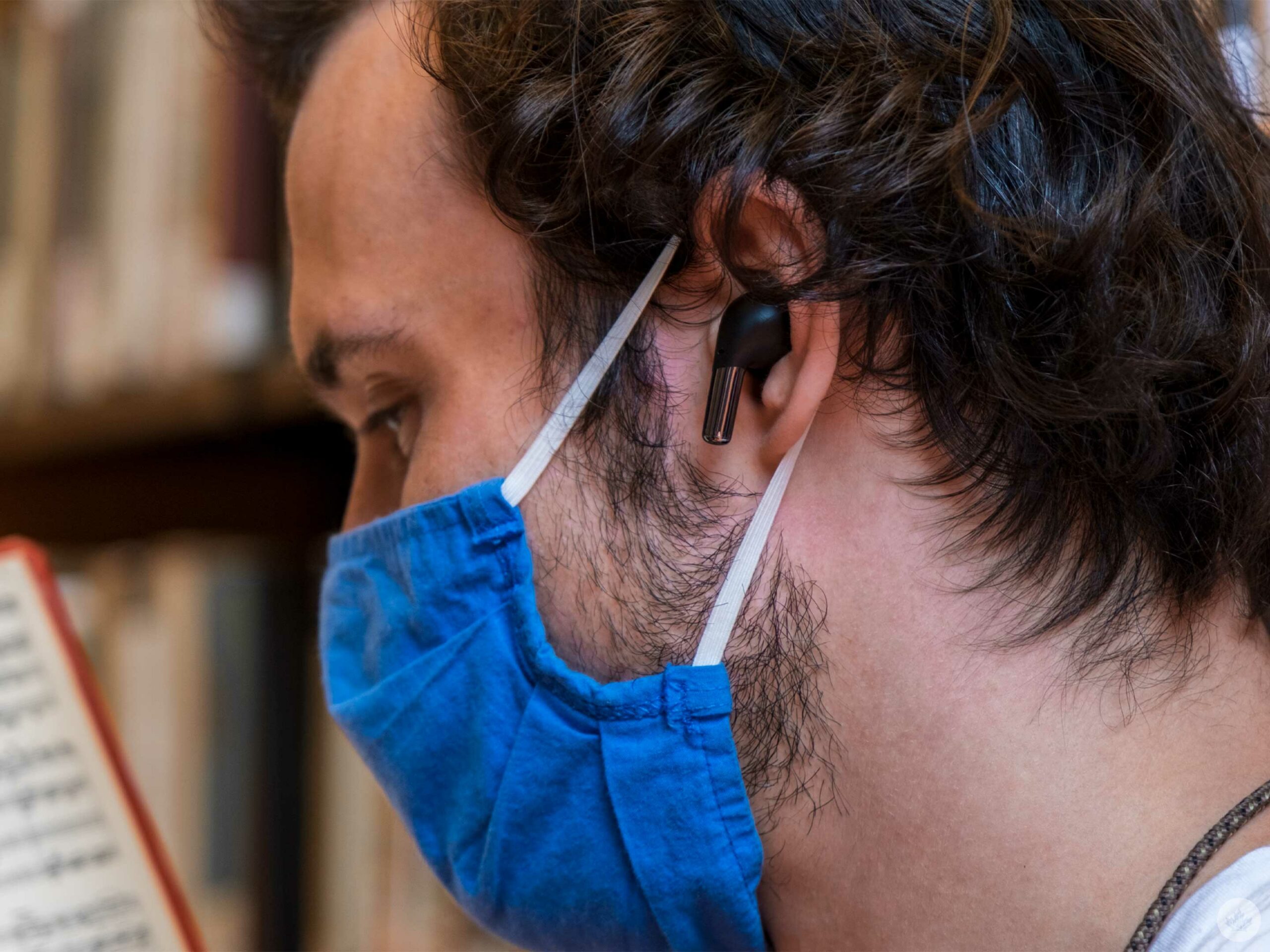 I’m hard-pressed to say the OnePlus Buds sound outright bad, but these are not the best wireless earbuds on the market when it comes to audio quality.

I even used the built-in audio tuning controls within the Hey Melody app, which helped a little, but for the $200 price tag, I was a bit disappointed with their sound quality. While the highs are really crisp and bass reproduction seems solid, the mids are a little too low for my liking. However, the soundscape is wide-ish, which is nice to see from a pair of Bluetooth earbuds, but their overall quality still feels very compressed. 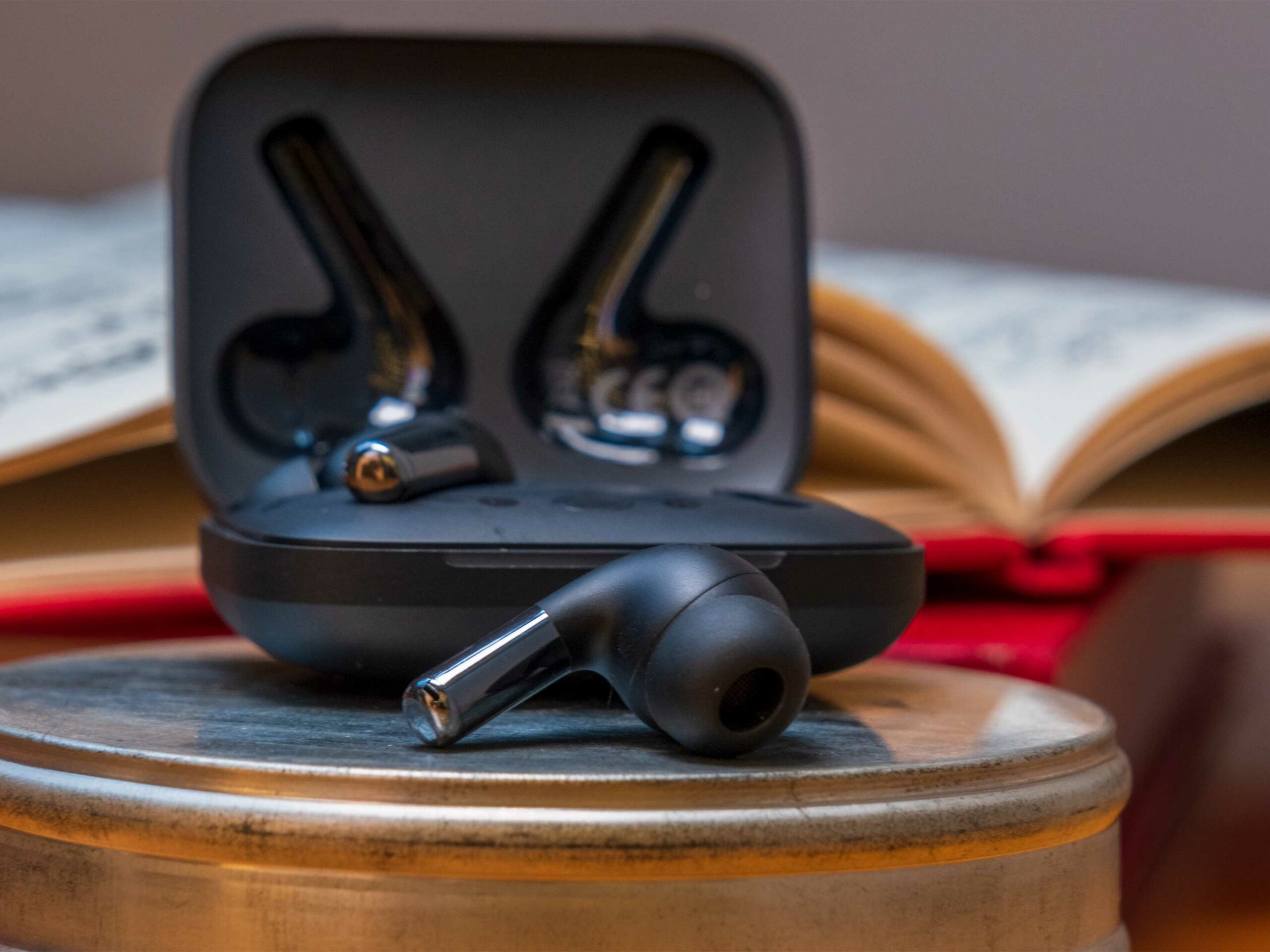 While noise-cancellation helps with sound isolation, I actually think that the music reproduction is a tiny bit worse than the original OnePlus Buds. If I had to select one over the other, I’d still take the OnePlus Buds Pro since the noise-cancellation — which is pretty underwhelming — still lowers the volume of sounds around me, like the “clack clack clack” of a keyboard, to make the songs stand out a bit more.

There are two different noise cancellation modes and a smart option that shifts between them to give the best experience depending on where you are. I kept my Buds Pro in the smart mode, and they worked well. It’s also worth mentioning that the transparency mode is a good option if you want to use these and still hear what’s going on around you.

To buy or not to buy?

I don’t think anyone would disappointed with the new OnePlus Buds Pro, but if you want slightly better sound quality and the same mid-level noise-cancellation, the Beats Studio Buds ($179) are a little cheaper and feature better audio.

However, the OnePlus Buds Pro include a marginally better mic than the Beats Studio Buds, and if you take a lot of calls, this is likely important to you.

Update 11/01/2022: OnePlus has updated these earbuds to work pretty seamlessly with two devices at once. This means you can switch between your computer and phone without having to enter the settings on either. Just pause the music on one and start something else on the other.

The OnePlus Buds Pro are available for $200 from OnePlus’s website in both 'Black' and 'White.'

"The OnePlus Buds Pro include a marginally better mic than the Beats Studio Buds, and if you take a lot of calls, this is likely important to you."