Coinciding with this month's release of the Ms. Marvel Disney+ series, starring Canada's own Iman Vellani 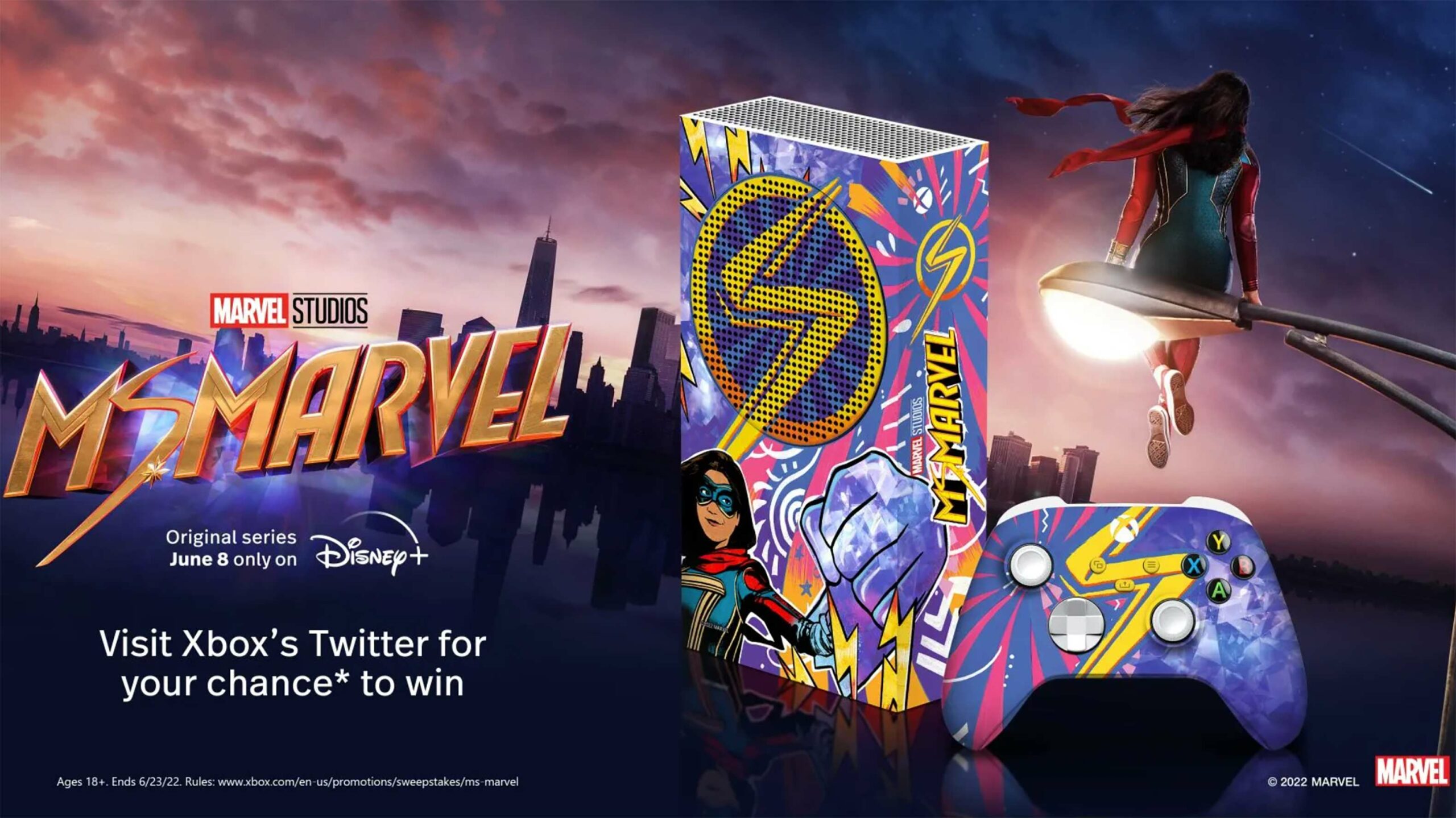 Microsoft has kicked off its latest custom Xbox console giveaway, and it’s once again focused on Marvel.

Specifically, fans now have a chance to win a special Xbox Series S inspired by the upcoming Ms. Marvel series on Disney+. The console features Ms. Marvel with the backdrop of the psychedelic art style that’s been used in the show’s marketing. The included wireless controller sports the same colour scheme alongside Ms. Marvel’s signature lightning bolt logo.

From June 2nd through June 23rd, 2022, fans can enter to win the console by retweeting this official Xbox sweepstakes tweet.

Cosmic! If you woke up wishing for a chance to win a Ms. Marvel-themed Xbox Series S and matching controller, today’s going to be a great day for you.

Follow and RT with #MsMarvelXboxSweepstakes for a chance to win!

The contest is open worldwide, including in Canada. The full rules can be found here.