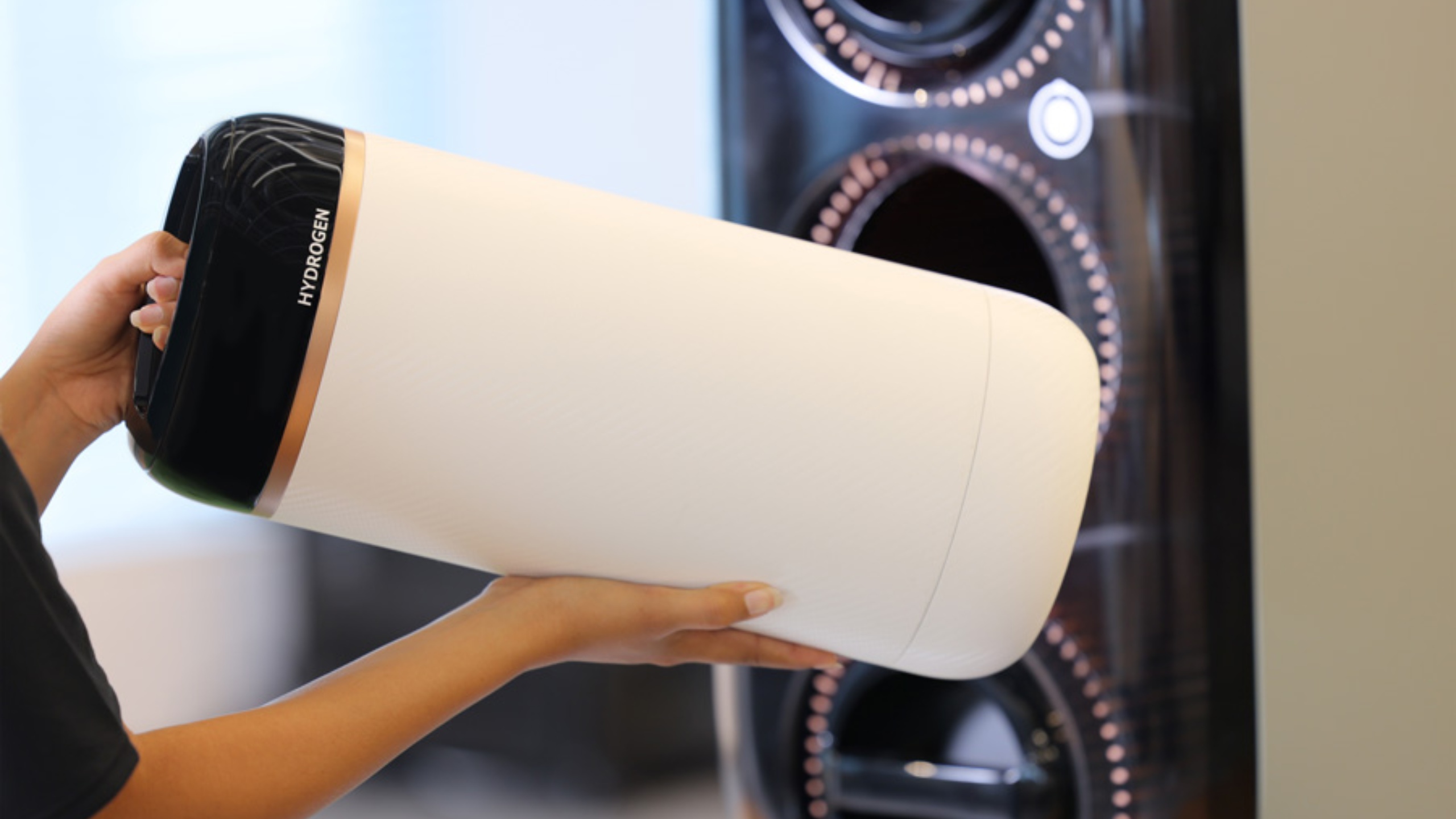 Toyota is introducing its new innovative way to transport and store hydrogen with its goal of using it as a clean energy source.

Toyota has developed a hydrogen cartridge prototype alongside its Woven Planet subsidiary. Ideally, these canisters are filled with rather explosive gas, transported to a destination, and returned upon the next shipment.

Toyota has announced that the company is conducting proof of concept trials to test the cartridge’s viability. The prototype features a portable design of 16-inches in length with a 7-inch diameter. Toyota is targeting a weight of 11lbs. There is a handle on the top of the cartridge to assist with moving each unit safely.

Toyota expects hydrogen to be generated with low carbon emissions in the future with use in a variety of applications. Additionally, the company states the Japanese government is working on studies to promote the early adoption of hydrogen. Toyota and its partners are offering cooperation and support in this endeavour. It’s worth noting that fossil fuels generate hydrogen. Therefore, it’s not a completely green source of energy. However, it can sustain lower emissions overall.

Toyota plans to conduct its first proof of concept trials in various places around the world. One of which is the “human-centred smart city of the future,” Woven City. This is located in Susono City, Zhizuoka Prefecture in Japan. There’s no telling where future trials will take place, however.

The company confirms its “ultimate goal” of realizing a carbon-neutral society where everyone can access clean energy. The first milestone is having Japan reach this point and then expand worldwide.

Toyota announces that the portable hydrogen cartridge prototype will be shown at Super Taikyu Series 2022 Round 2 at Fuji SpeedWay from June 3rd to June 5th, 2022.