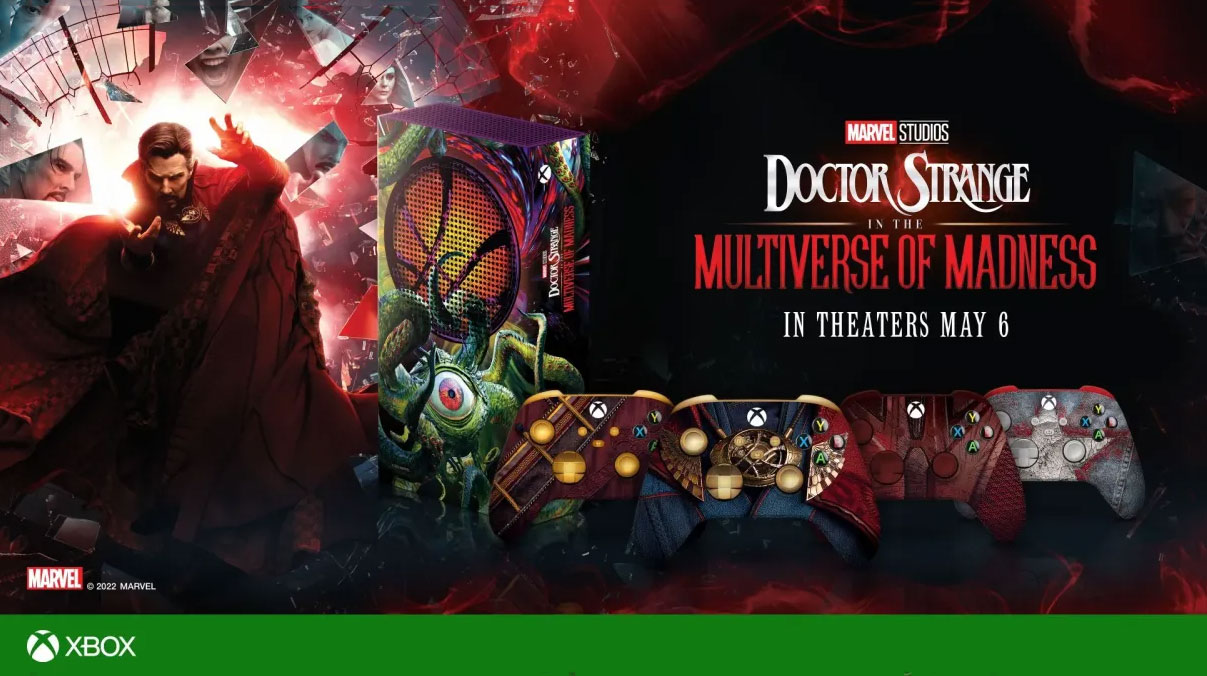 Marvel’s Doctor Strange in the Multiverse of Madness is scheduled to release in Canada on May 6th, and to mark the occasion, Xbox and Marvel have come out with a limited-edition custom drop of the Xbox Series S console and Xbox controllers.

Unfortunately, the custom console and controllers won’t go on sale, and the only way to procure them is by entering a contest.

What kind of sorcery is this?

Follow & RT with #DoctorStrangeXboxSweepstakes for a chance to win an Xbox Series S themed from @DrStrange in the Multiverse of Madness and four controllers themed after the movie's characters.

To be eligible to win, you need to be a legal resident of any of the Xbox Console-supported countries or regions, and be older than 18. Read all other rules here.