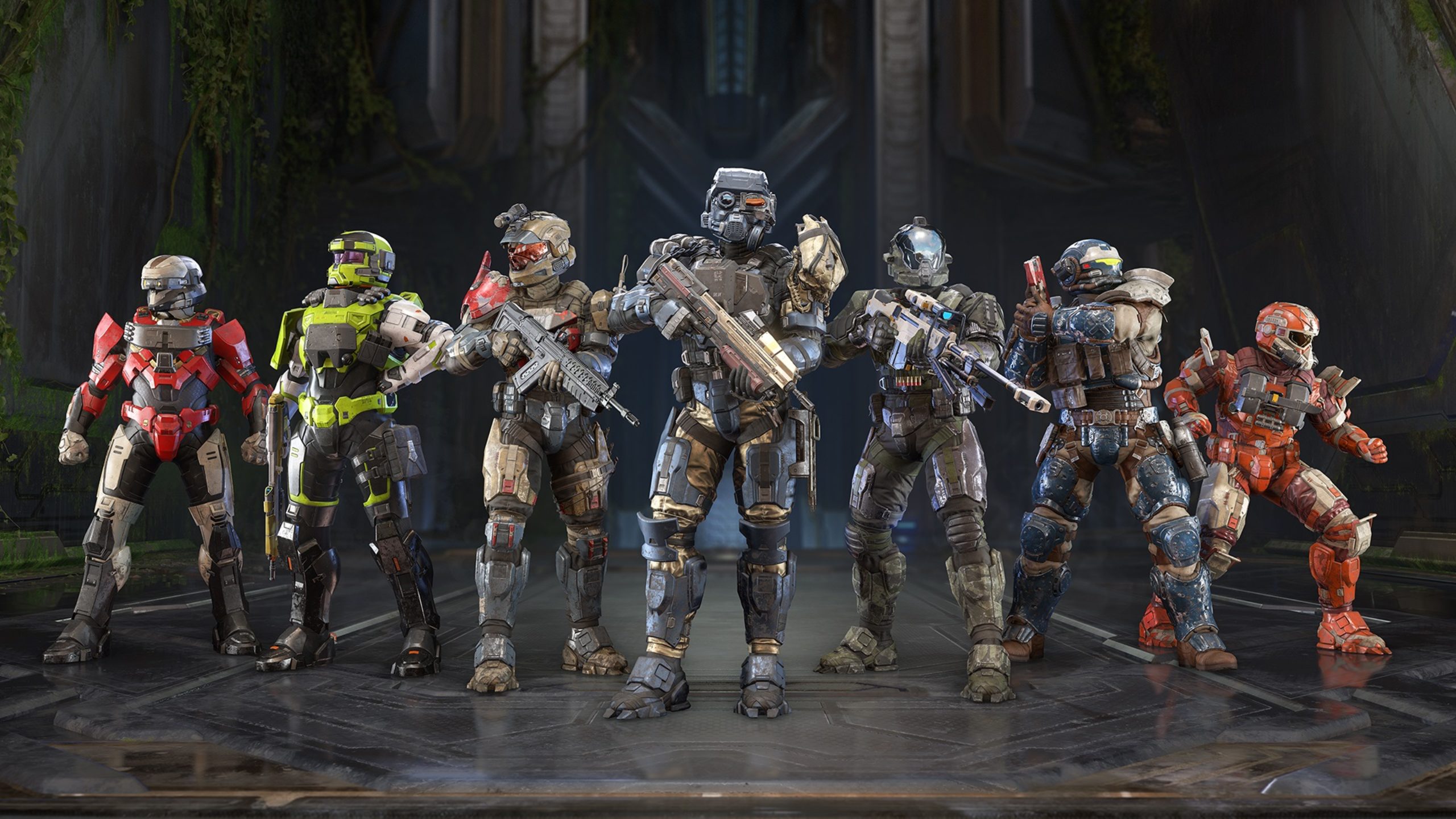 As Halo Infinite ‘Season 2: Lone Wolves’ is about to kick off, 343 Industries has finally provided a roadmap for what’s to come to the game for the rest of the year.

By in large, the Halo Infinite roadmap covers what Lone Wolves provides. 343 Industries has confirmed that Season 2 runs for a total of six months. The season begins on May 3rd and concludes a week prior to the one-year anniversary of the multiplayer’s release on November 7th.

It’s already been reported that Halo Infinite’s Season 2 offers a new Battle Pass featuring 100 tiers. The ‘Catalyst’ and ‘Breaker’ maps also debut this season. Additionally, 343 Industries is rolling out three new modes including ‘King of the Hill,’ ‘Land Grab’ and ‘Last Spartan Standing.’ Though, there are a few new tidbits to cover in the Halo Infinite roadmap.

Two narrative events are scheduled this season. ‘Interference’ runs on May 3rd and wraps up on May 16th. The second, dubbed ‘Alpha Pack,’ runs from July 19th to August 1st. The first week of Season 2’s Fracture: Entrenched event runs from May 24th to May 30th.

On top of that, Halo Infinite’s roadmap promises to deliver some long-awaited updates to the core game. 343 Industries states that the online co-op for the campaign mode has a “late August target.” Additionally, campaign mission replay is also targeting a similar late August window. An open beta for Halo Infinite’s Forge mode is scheduled for September as well.

343 Industries has briefly outlined what Season 3 will offer. Starting on November 8th, Season 3 brings the now-standard element of new maps, modes, narrative events, and a Fracture event. Aside from what’s expected the Forge open beta will continue during Season 3. Local split-screen co-op is also said to arrive. Though the timing is still to be determined. 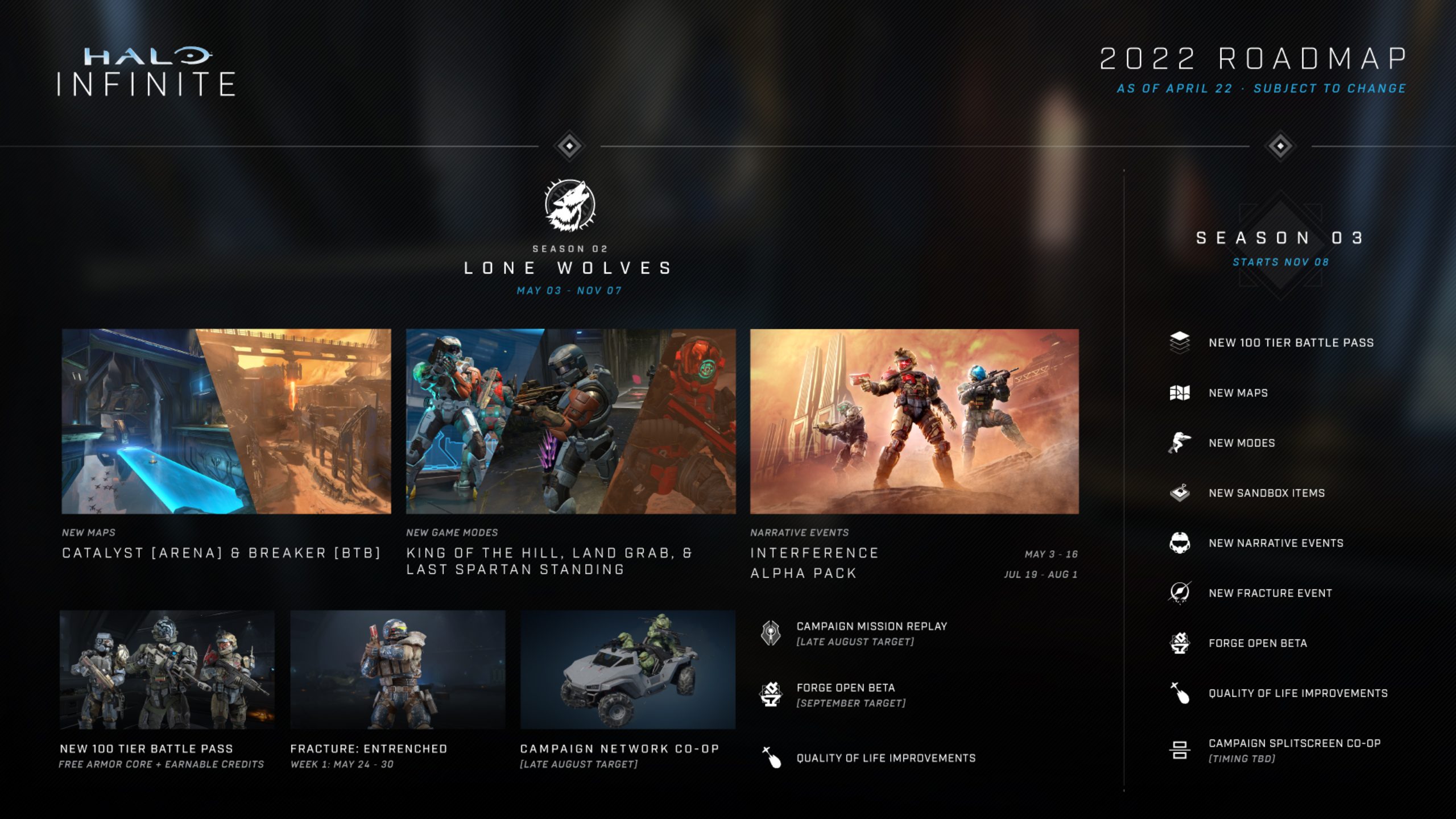 The Halo Infinite roadmap has understandably left the community divided on the length of Season 2 as well as the amount of content awaiting the game. We know we need to deliver more content and more features more quickly, Halo Infinite’s head of creative Joseph Staten says in a Halo Waypoint blog post. “Staying true to priority zero means that sometimes we need to slow down in order to stay healthy and move faster later. But we’re also aggressively looking at ways to accelerate.”

343 Industries will host a livestream on April 27th at 4pm ET/1pm PT on Twitch and YouTube where the developer will showcase the new narrative events and content headed to the game.