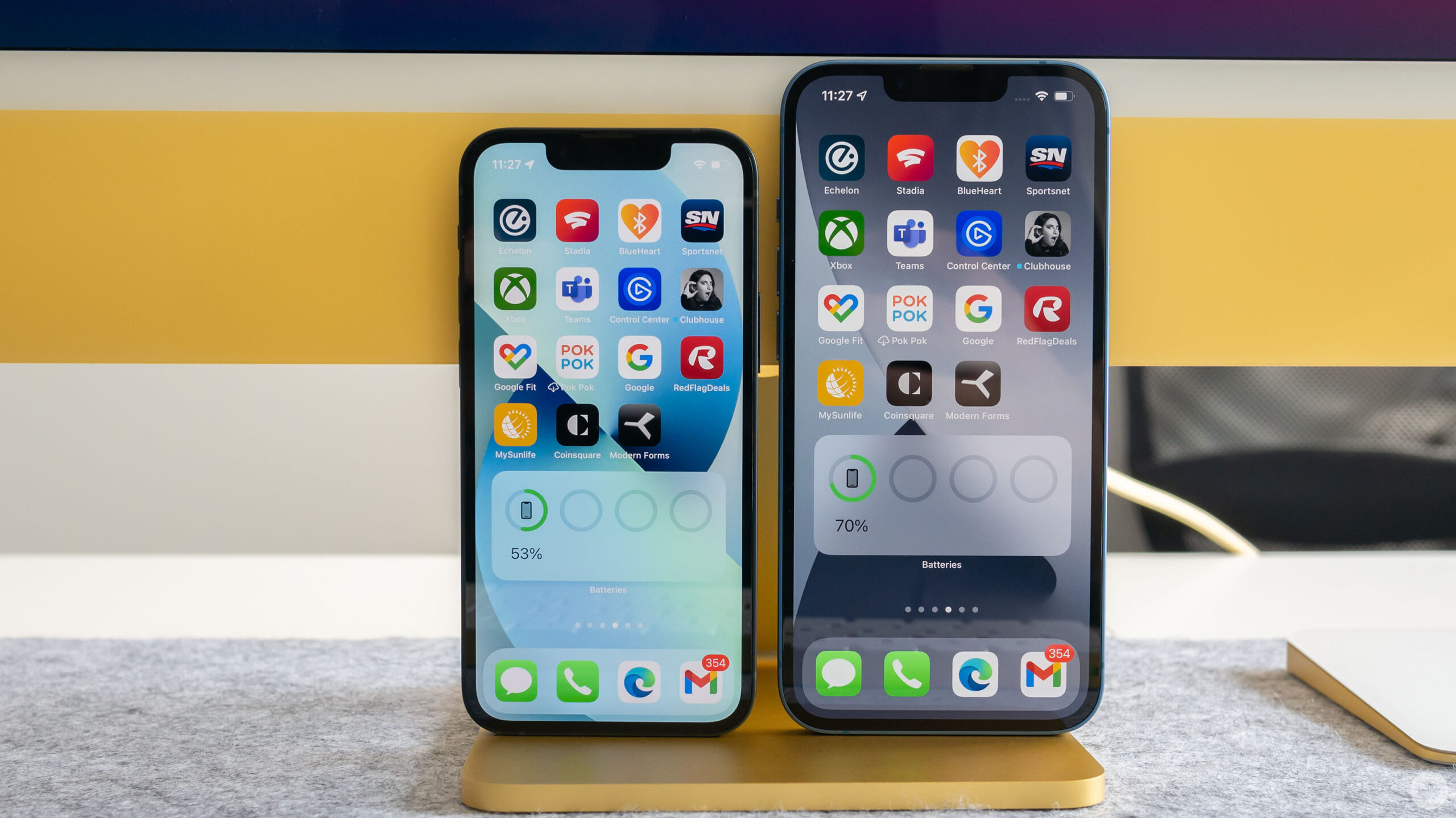 Every year following Apple’s big fall hardware event, I tell the MobileSyrup team something along the lines of, “I’m not writing two iPhone reviews this year.”

But yet again, here I am reviewing the iPhone 13 Pro/Pro Max and iPhone 13 mini/iPhone 13 separately because, as usual, though the smartphones are strikingly similar in several ways, there are key differences. You could also argue that they target two very different types of iPhone users. 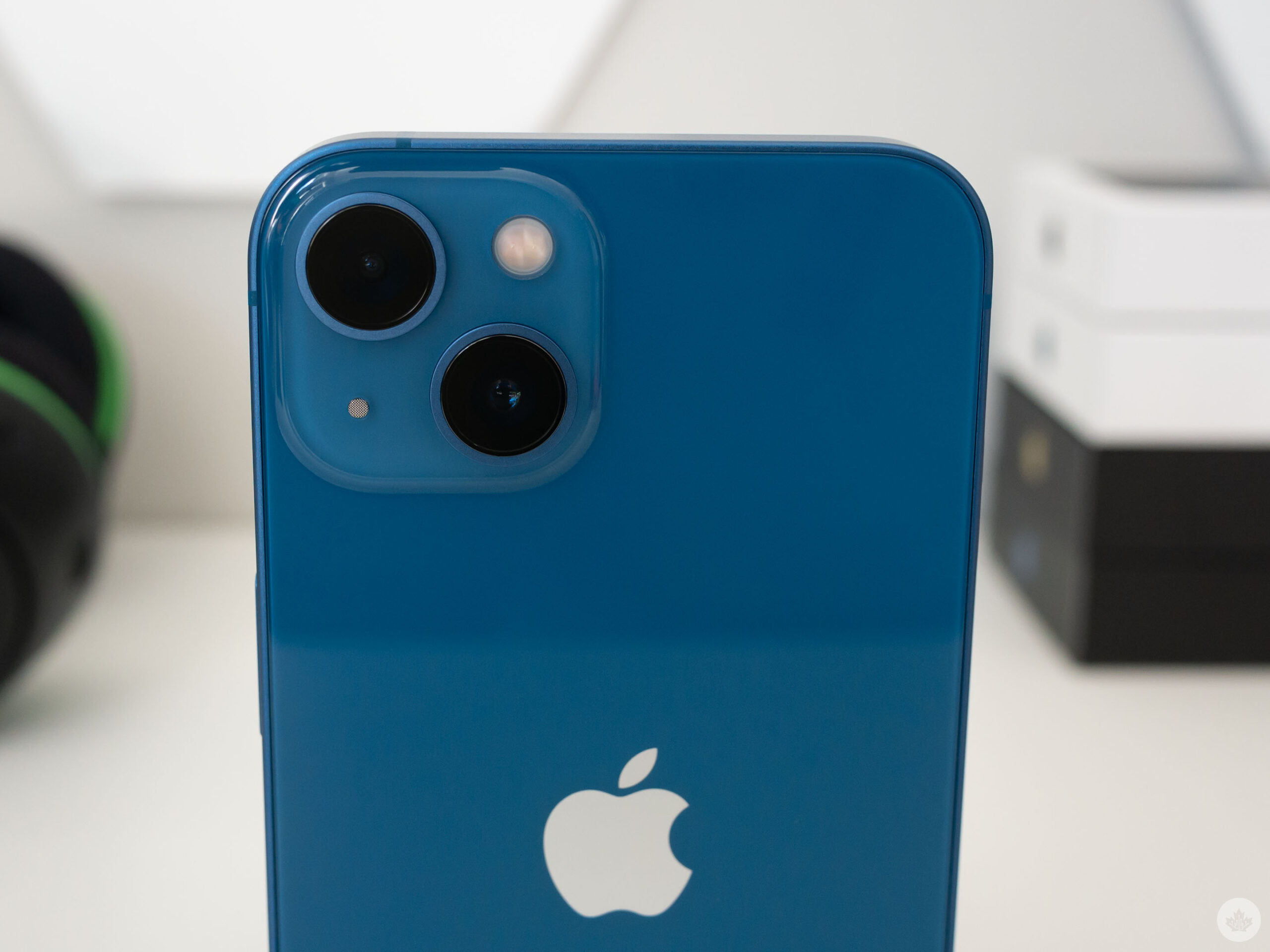 For example, beyond a smaller notch and new colours, the iPhone 13 looks identical to the iPhone 12 in nearly every way. Further, the camera improvements are marginal despite Apple’s claims, and I find myself missing the “Pro” series’ telephoto lens once again.

That’s not to say that there aren’t notable upgrades this year, though. The iPhone 13 mini and iPhone 13 feature improved battery life, a brighter display, Cinematic video and more. Apple’s iPhone 13 remains a solid all-around smartphone, despite also only being an incremental improvement over the iPhone 12.

With this in mind, if you’re an iPhone 12 or iPhone 12 mini user, you can likely sit this year out because you aren’t missing out on much.

Note: Sections of this review are somewhat brief because I dive deeper into the subject in my iPhone 13 Pro and iPhone 13 Pro Max review. Sample images are compressed when uploaded to the backend of MobileSyrup’s website. 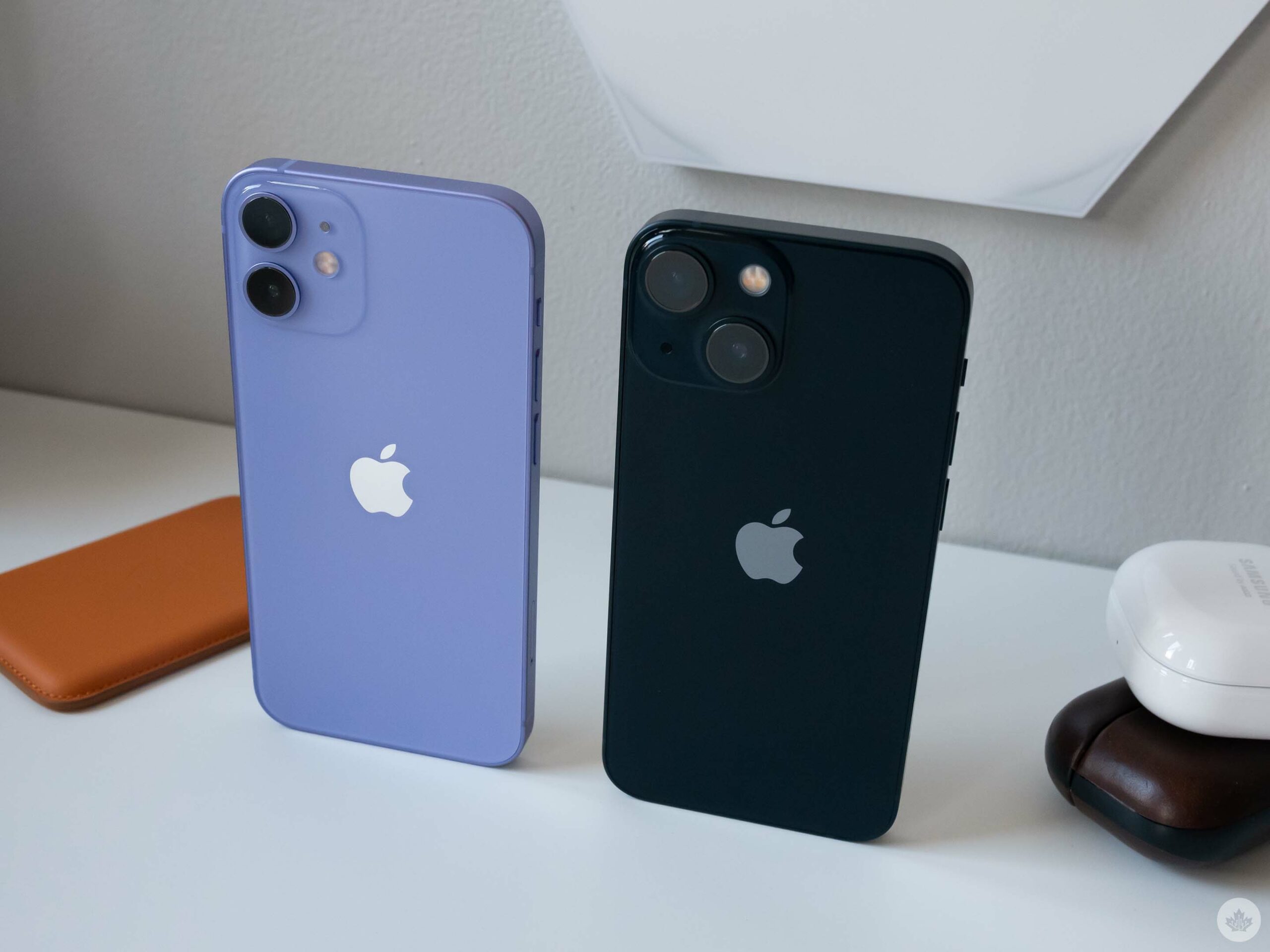 Apple’s iPhone 13 mini and iPhone 13 look identical to the iPhone 12 mini and iPhone 12. First off, both smartphones’ displays measure in at 5.4-inches (1,080 x 2,340 pixel resolution) and 6.1-inches (1,170 x 2,532 pixel resolution), respectively. I prefer the 6.1-inch iPhone 13 because it feels like the perfect smartphone size for my hand, while once again, the mini is a little too small for my taste. That said, I’m glad Apple brought the mini size back this year, especially since there are rumours this might be its last 5.4-inch iPhone.

Like the iPhone 13 Pro/Pro Max, the iPhone 13 mini/iPhone 13’s display notch is slightly smaller, though most people likely won’t notice the change. Regarding colours, the pair of entry-level iPhones come in ‘Starlight,’ ‘Midnight,’ ‘Blue,’ ‘Pink,’ and ‘Product Red.’

While I miss the awesome-looking iPhone 12 in ‘Purple,’ it’s great that Apple continues to shake up the iPhone line with new colours every year. The Blue iPhone 13 Apple sent me to review is an intense hue, and other than Pink, it’s probably the most interesting of this year’s colours.

“What’s more notable about the iPhone 13 and iPhone 13 mini are the features the smartphones don’t include this year.”

The sides of the iPhone 13 still feature the great-looking flat design I was so fond of last year, rather than the flashier stainless steel look the Pro series has adopted. It’s understated and doesn’t collect smudges or dust. Unfortunately, the smartphone’s rear is still glossy, making it a fingerprint, dust and smudge magnet. It would have been great to see Apple use the same matte back from the iPhone 13 Pro on the iPhone 13.

The front of the phone features ‘Ceramic Shield’ glass and the back includes what Apple calls “Super-tough” glass. Like last year’s iPhone 12, the iPhone 13 mini and iPhone 13 feel like durable, high-end smartphones that can easily withstand a few drops (though please, for my sake, just put your smartphone in a case). 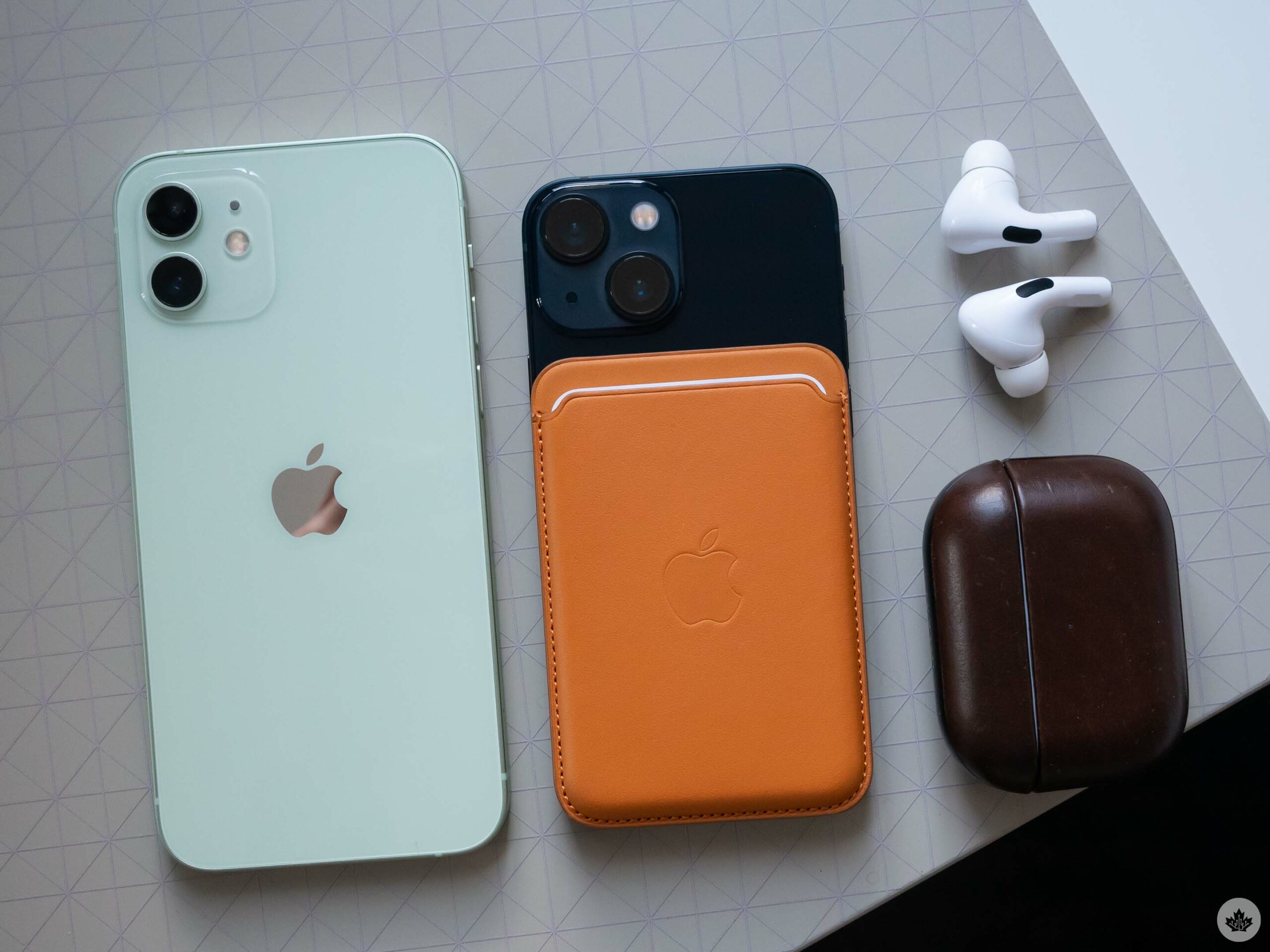 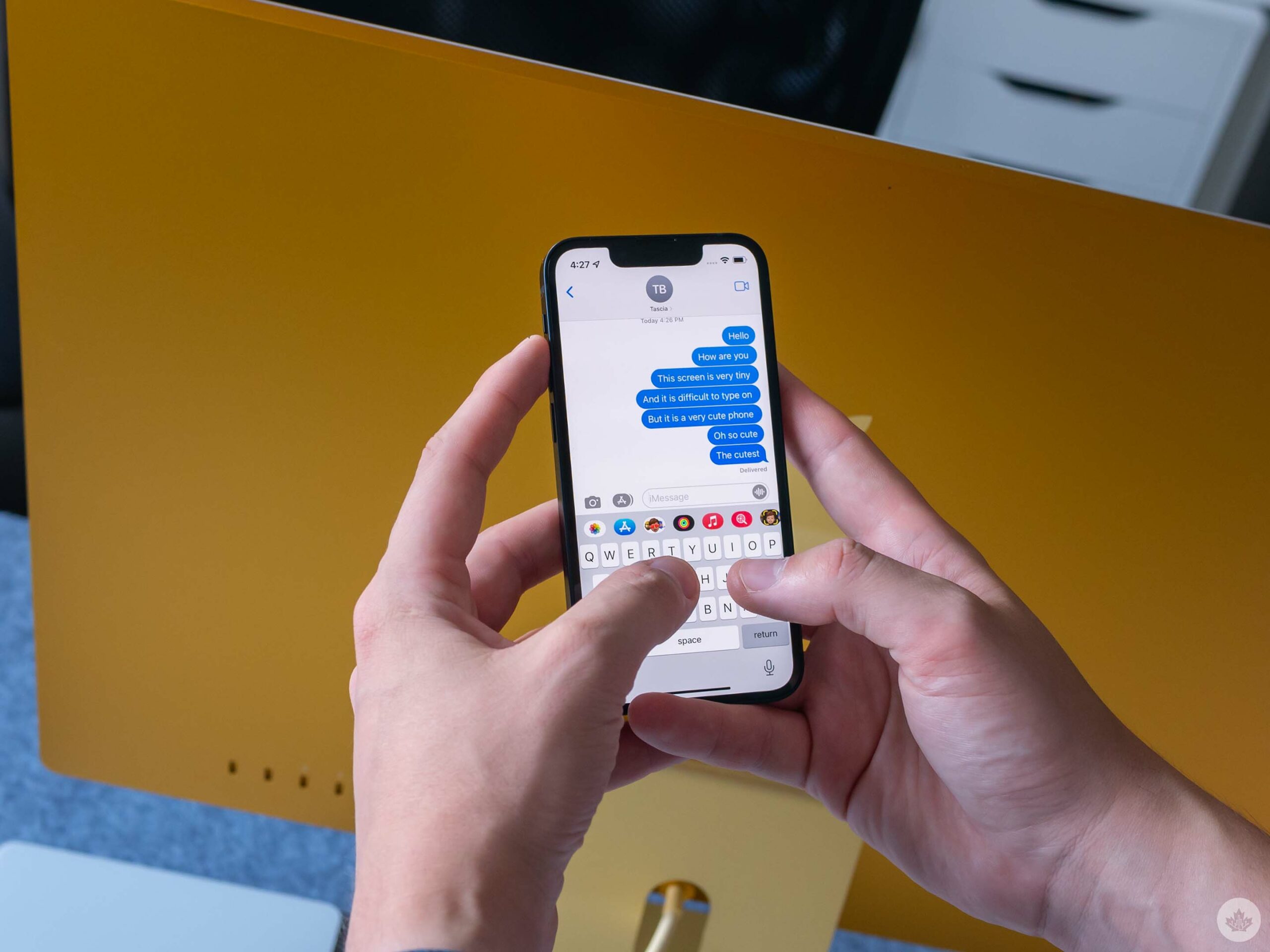 It’s also important to note that this year’s camera bump is slightly larger than its predecessor, similar to the iPhone 13 Pro. This means that iPhone 12 mini and iPhone 12 cases won’t work with the iPhone 13 series. Though the size difference isn’t substantial, it’s disappointing that last year’s cases don’t work with either device.

Apple has also opted to offset the iPhone 13’s dual lenses instead of laying them parallel like with the iPhone 12. While a subtle change, this at least differentiates the iPhone 13 from the iPhone 12 in a visual way. 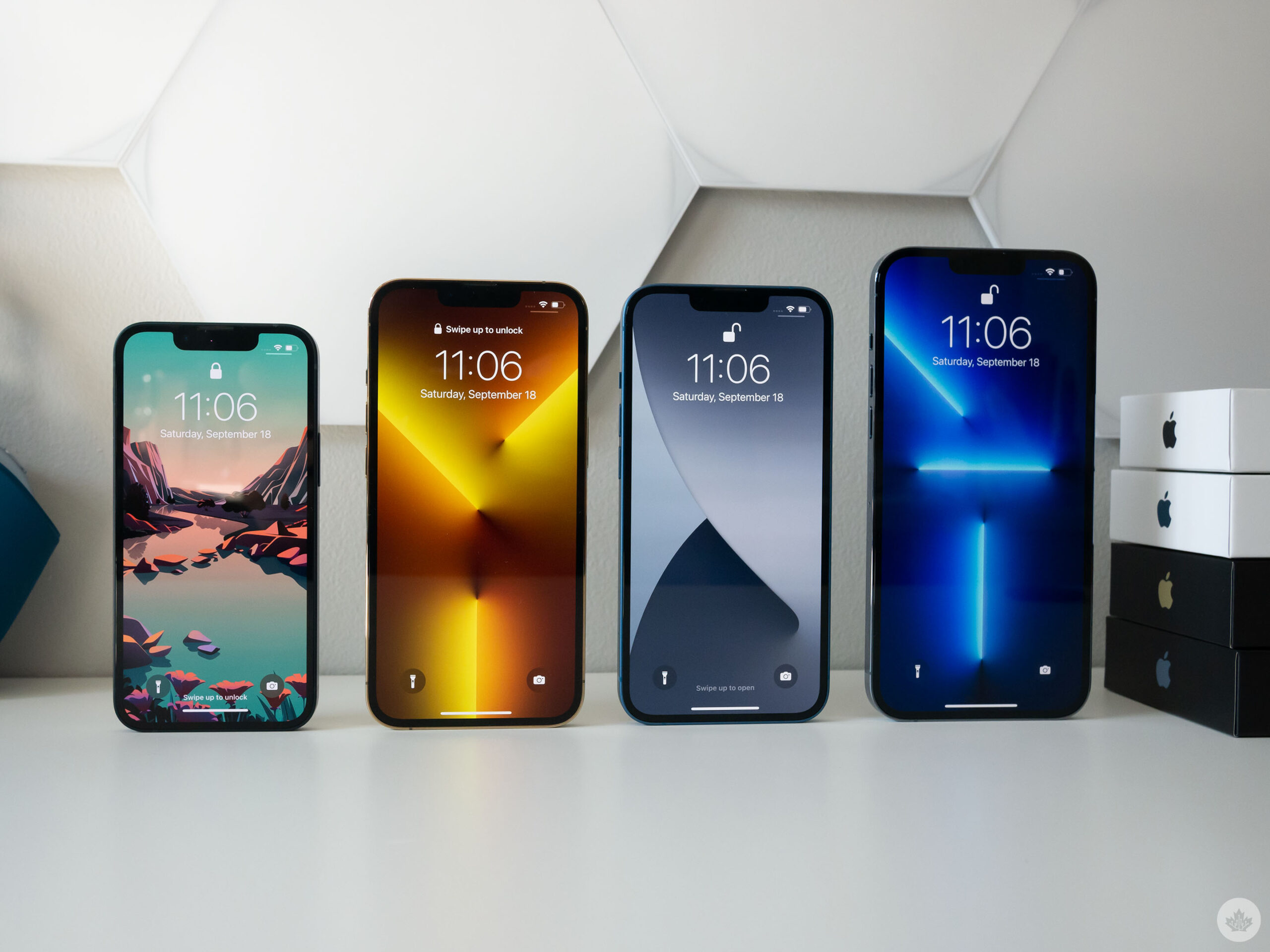 What’s more notable about the iPhone 13 and iPhone 13 mini are the features the smartphones don’t include this year. For example, unfortunately, the entry-level devices don’t sport the iPhone 13 Pro series’ excellent 120Hz display.

I understand Apple needs to keep at least some features exclusive to its higher-end phones, but adding 120Hz to the iPhone 13 and iPhone 13 mini would have made both devices far easier to recommend this year, especially since most Android devices feature at least a 90Hz screen. 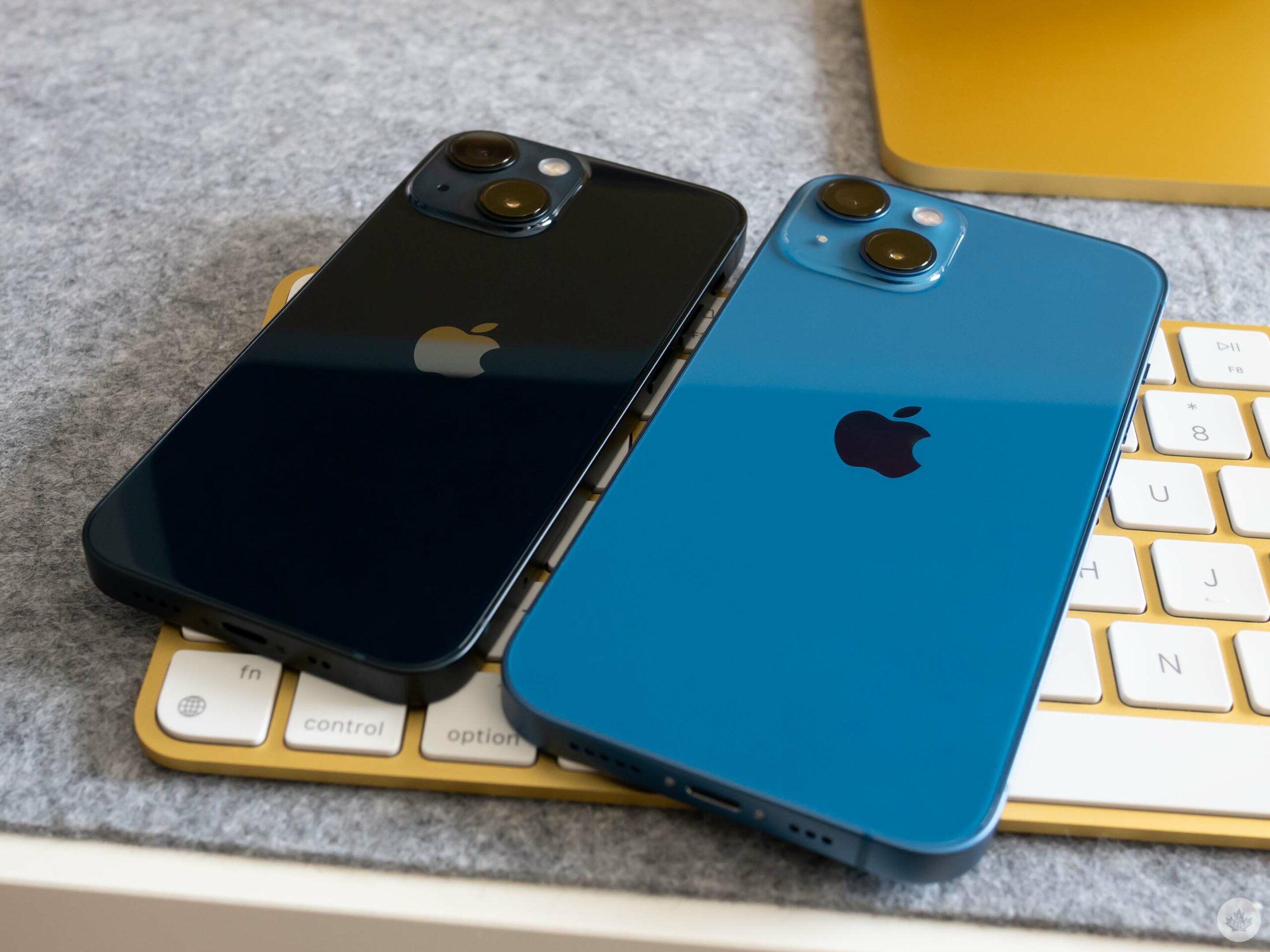 Apple also doesn’t offer any optical zoom in its entry-level devices. An ultra-wide angle camera is great, but optical zoom is likely more useful for the average person because it allows you to get closer to the subject. It’s worth mentioning that the iPhone 13’s ultra-wide camera disappointingly doesn’t include the iPhone 13 Pro’s new macro functions.

On the plus side, the iPhone 13 features Apple’s powerful A15 Bionic chip, 5G connectivity with support for additional bands, overall impressive camera performance, and even the cool new ‘Cinematic’ video mode (more on this later). 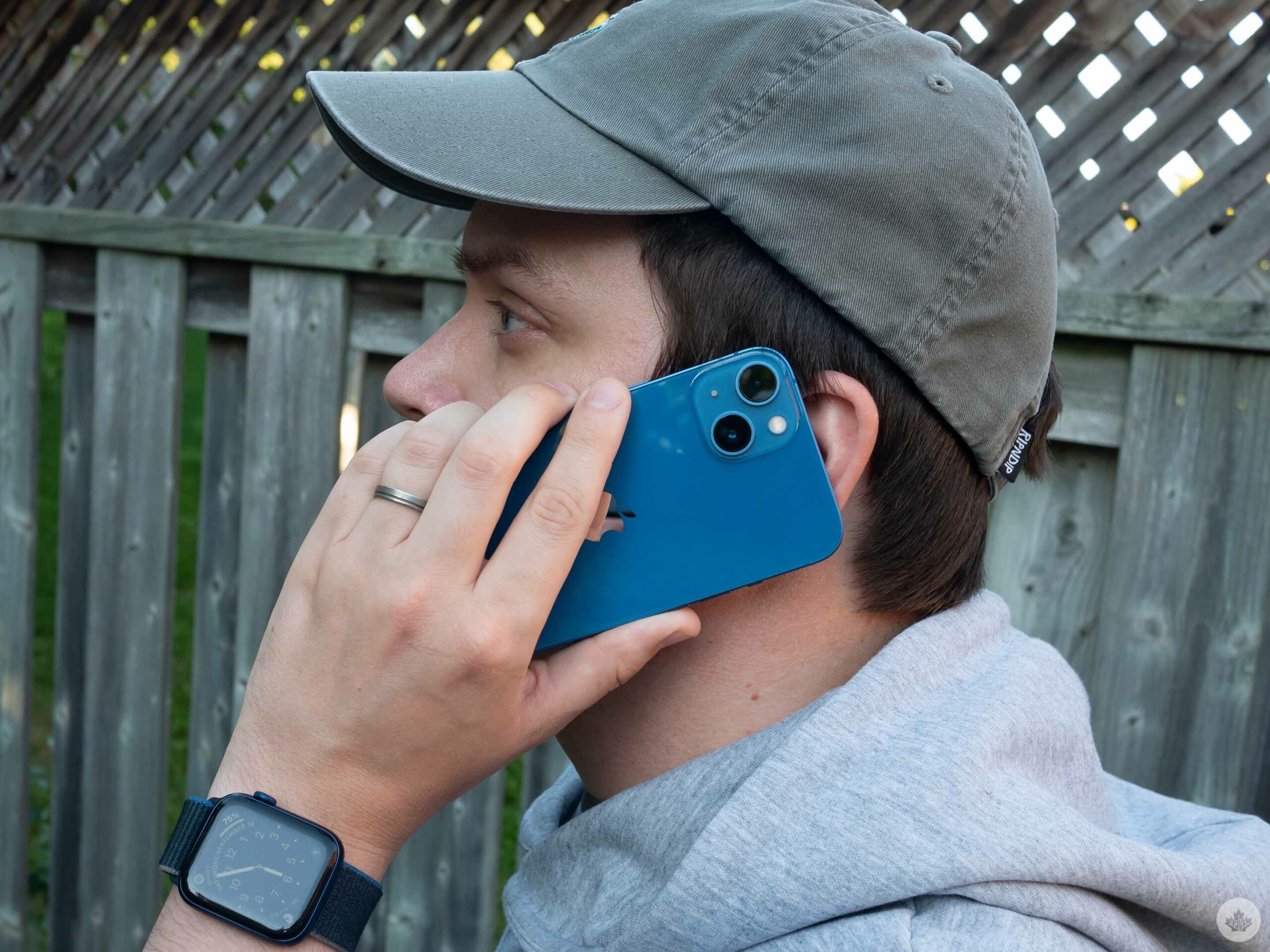 First off, there’s the A15 Bionic chip. As expected, it benchmarks impressively, coming in at 1,712 for single-core and 4,499 for multi-core, compared to 1,575 and 3,939 with the iPhone 12 (see the screenshot below). It’s worth noting that while the iPhone 13 features the same processor as the iPhone 13 Pro, it only includes four GPU graphics cores instead of five. This doesn’t seem to notably affect real-world performance, however.

As someone who doesn’t put much stock into benchmarks, I always take the actual experience of using a smartphone more into account. During my time with the iPhone 13 mini and iPhone 13, I didn’t run into a single instance of slow-down, whether I was editing photos with Adobe’s Lightroom CC, playing Fantasian, or just aimlessly scrolling through social media. 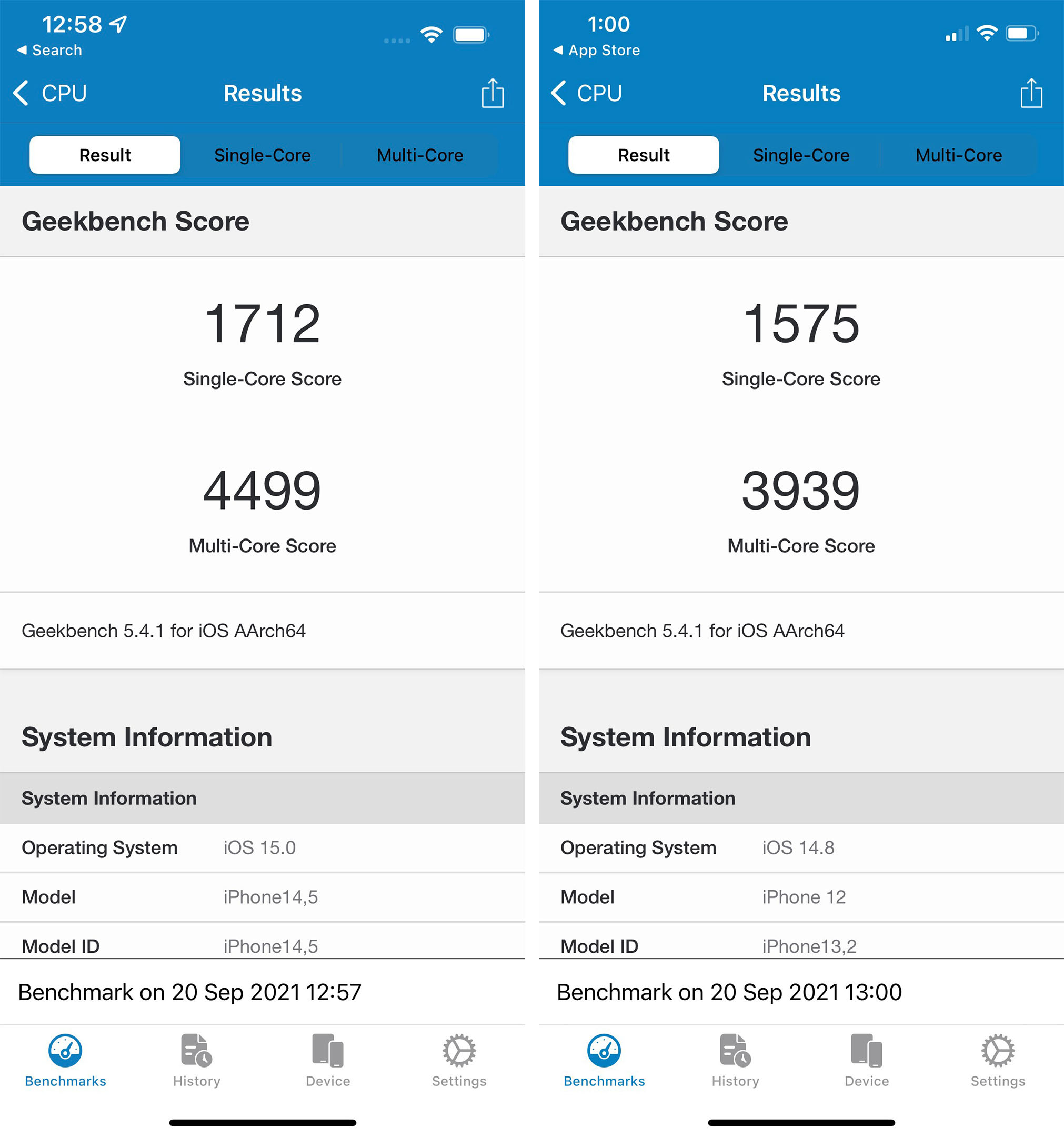 The only other notable hardware change not related to camera improvements is that the iPhone 13’s mini and iPhone 13’s display can now hit a peak brightness of 800 nits — a 28 percent increase over its predecessor — and 1,200 nits when viewing HDR content. This makes it easier to view the iPhone 13’s OLED display in direct sunlight, but I didn’t find the additional brightness useful inside. Overall, the iPhone 13’s display looks stunning, though it’s hard not to imagine how much better it would be with a 120Hz refresh rate. 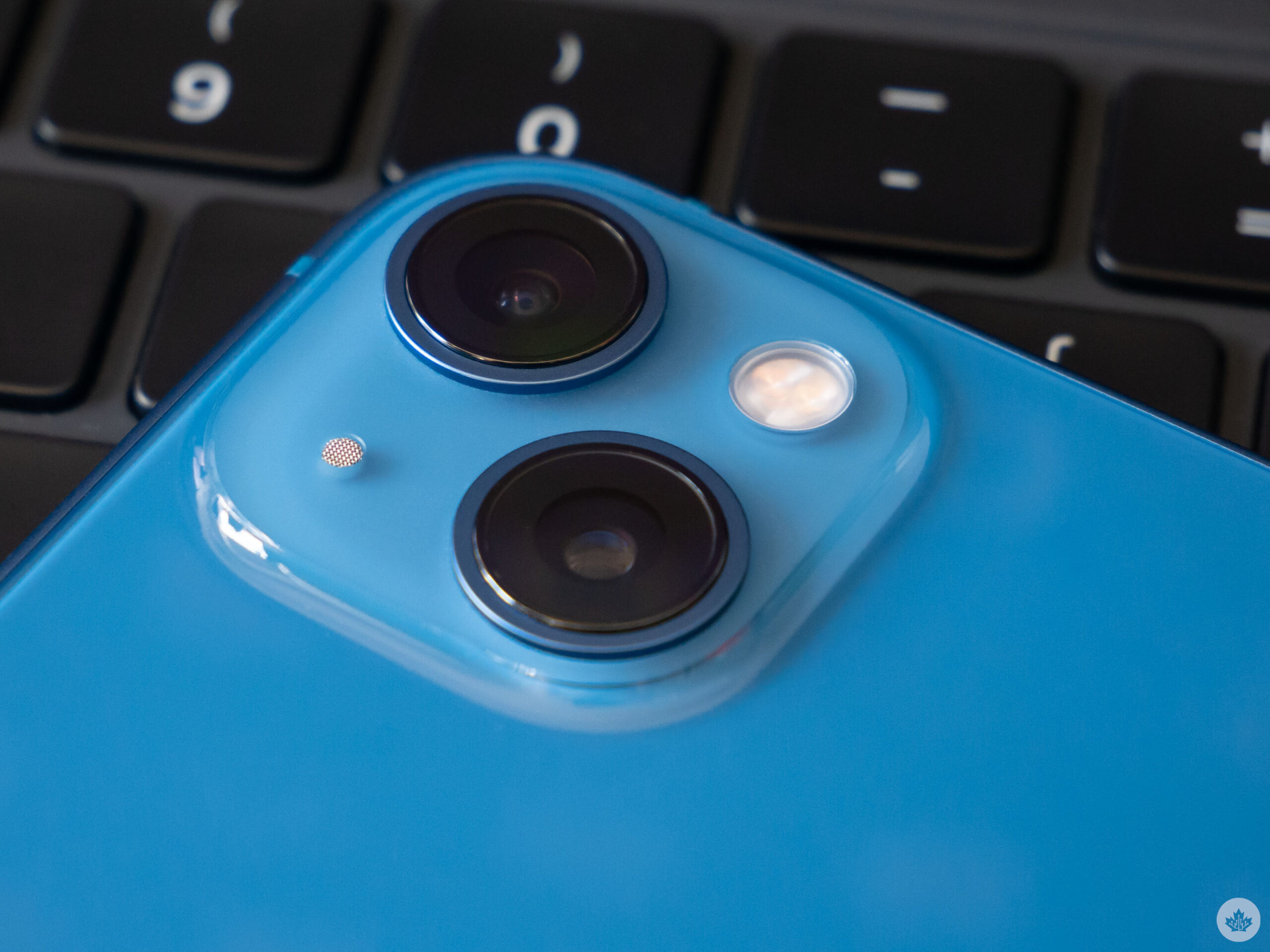 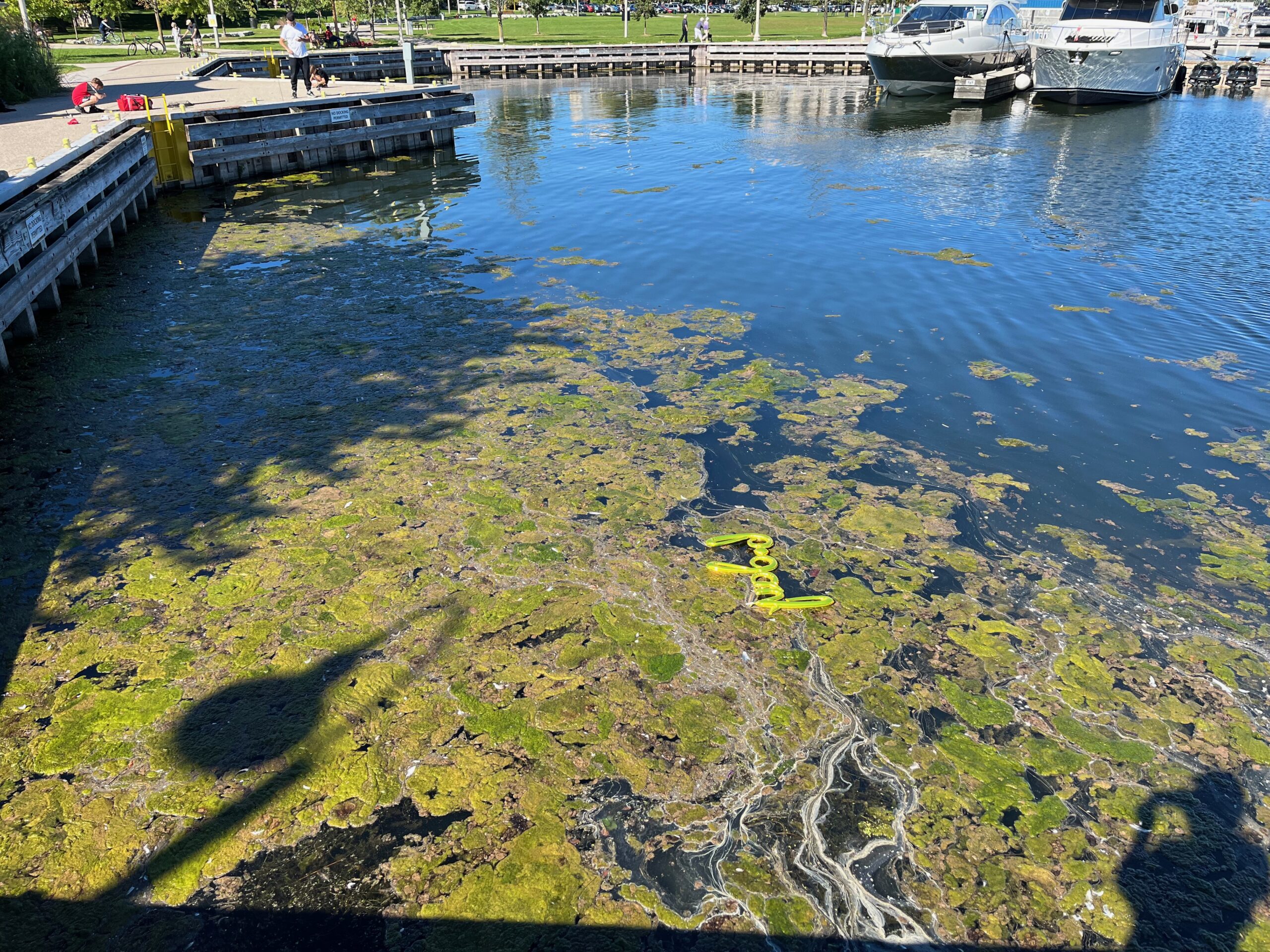 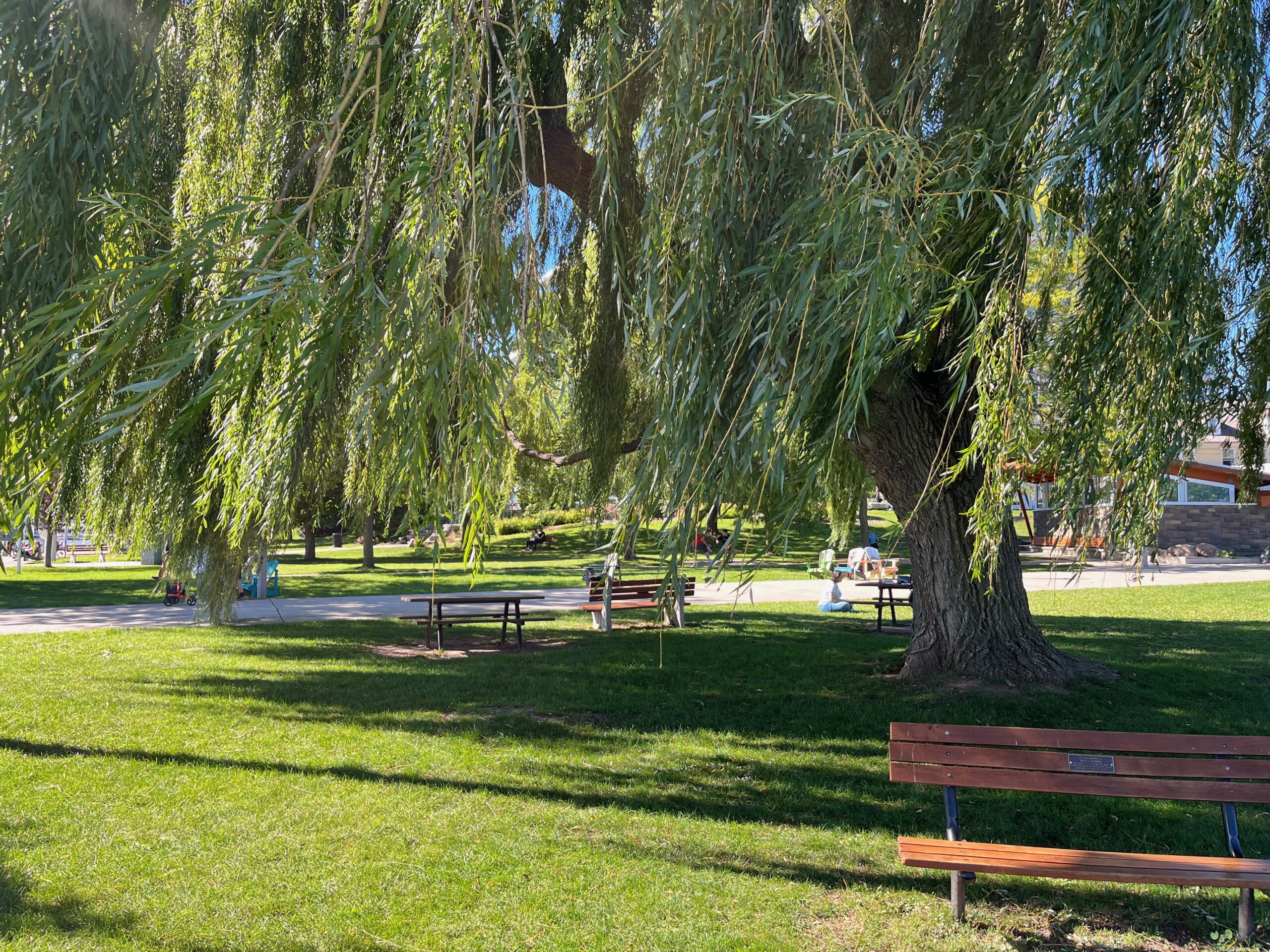 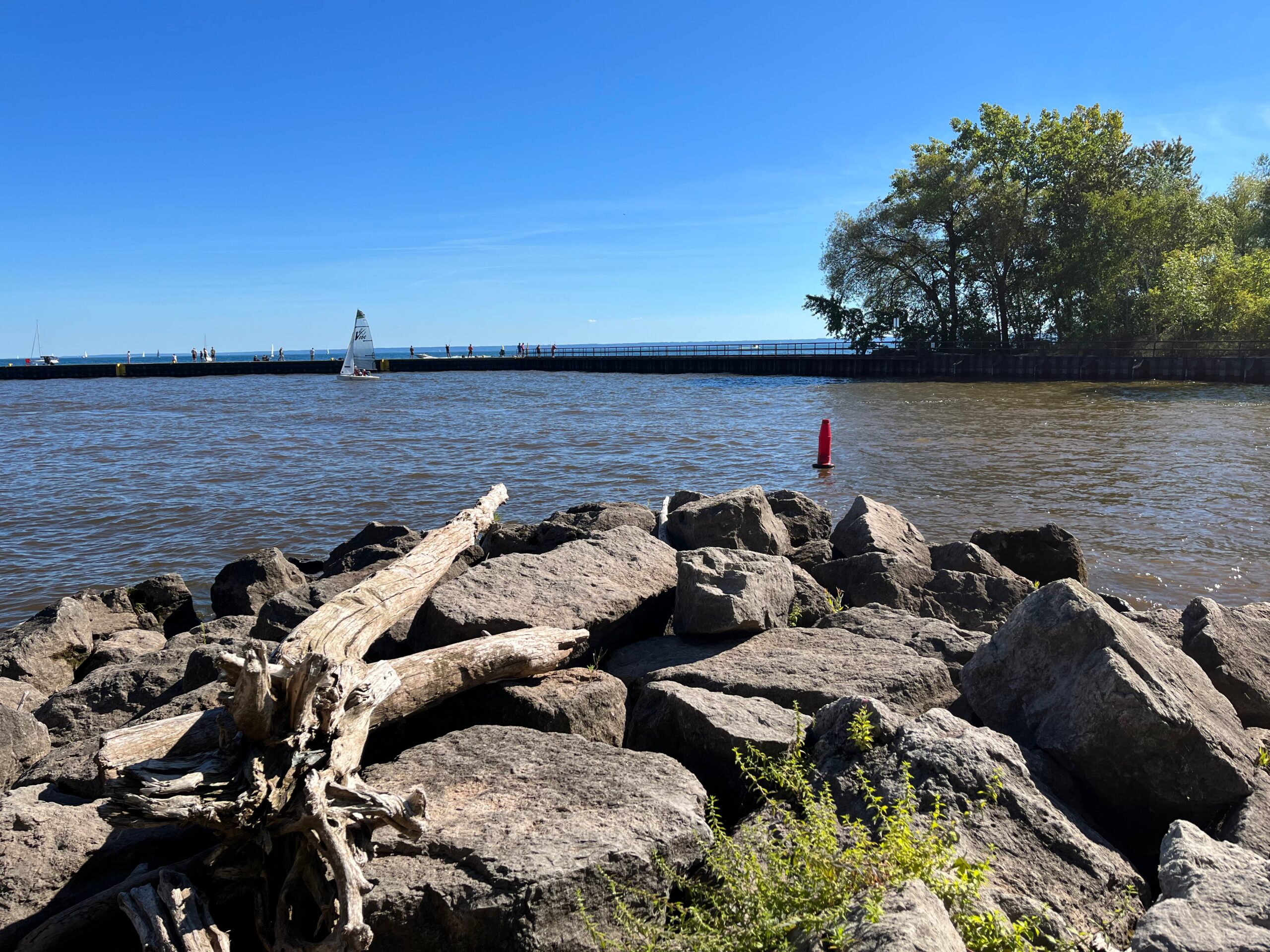 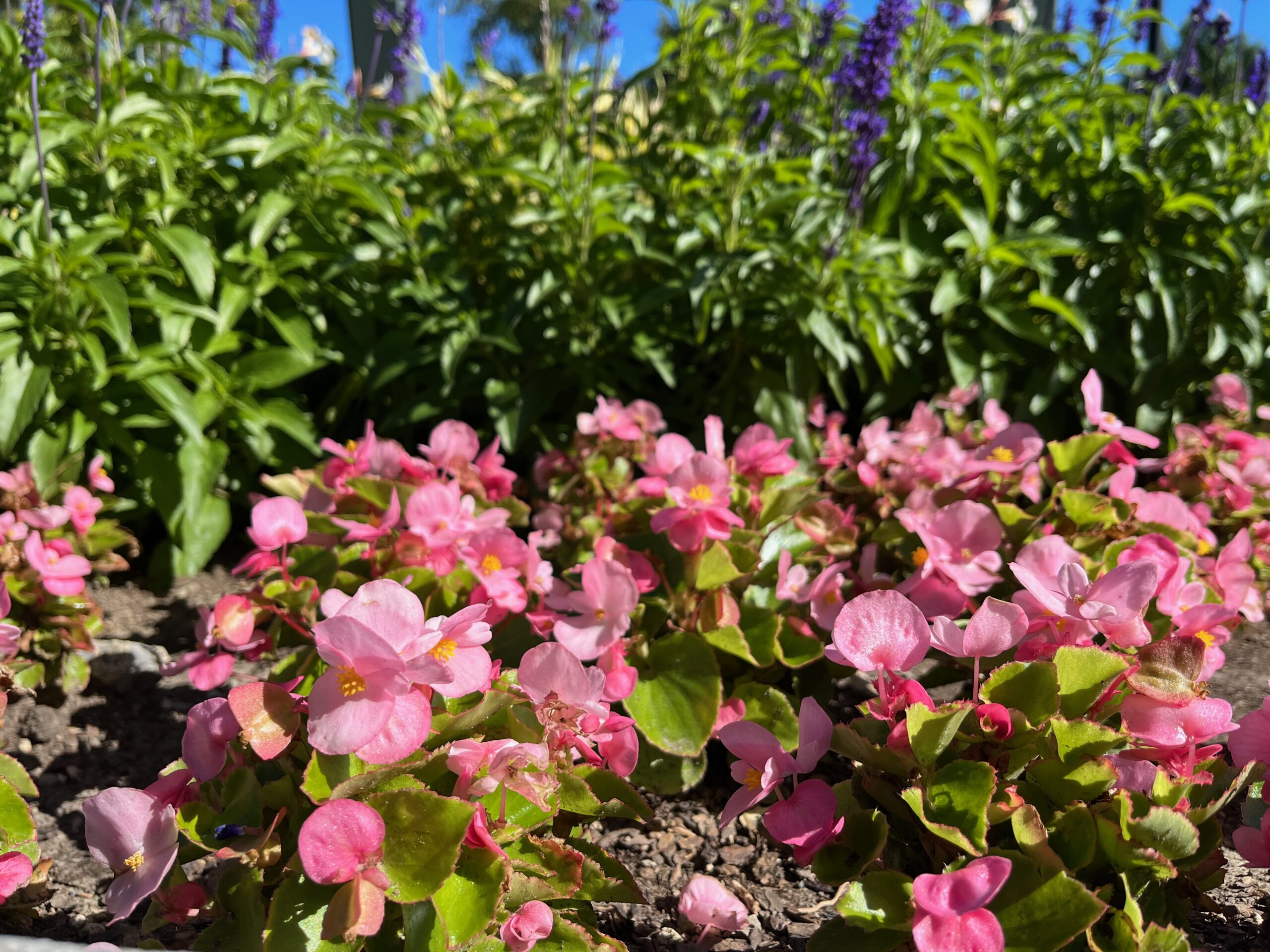 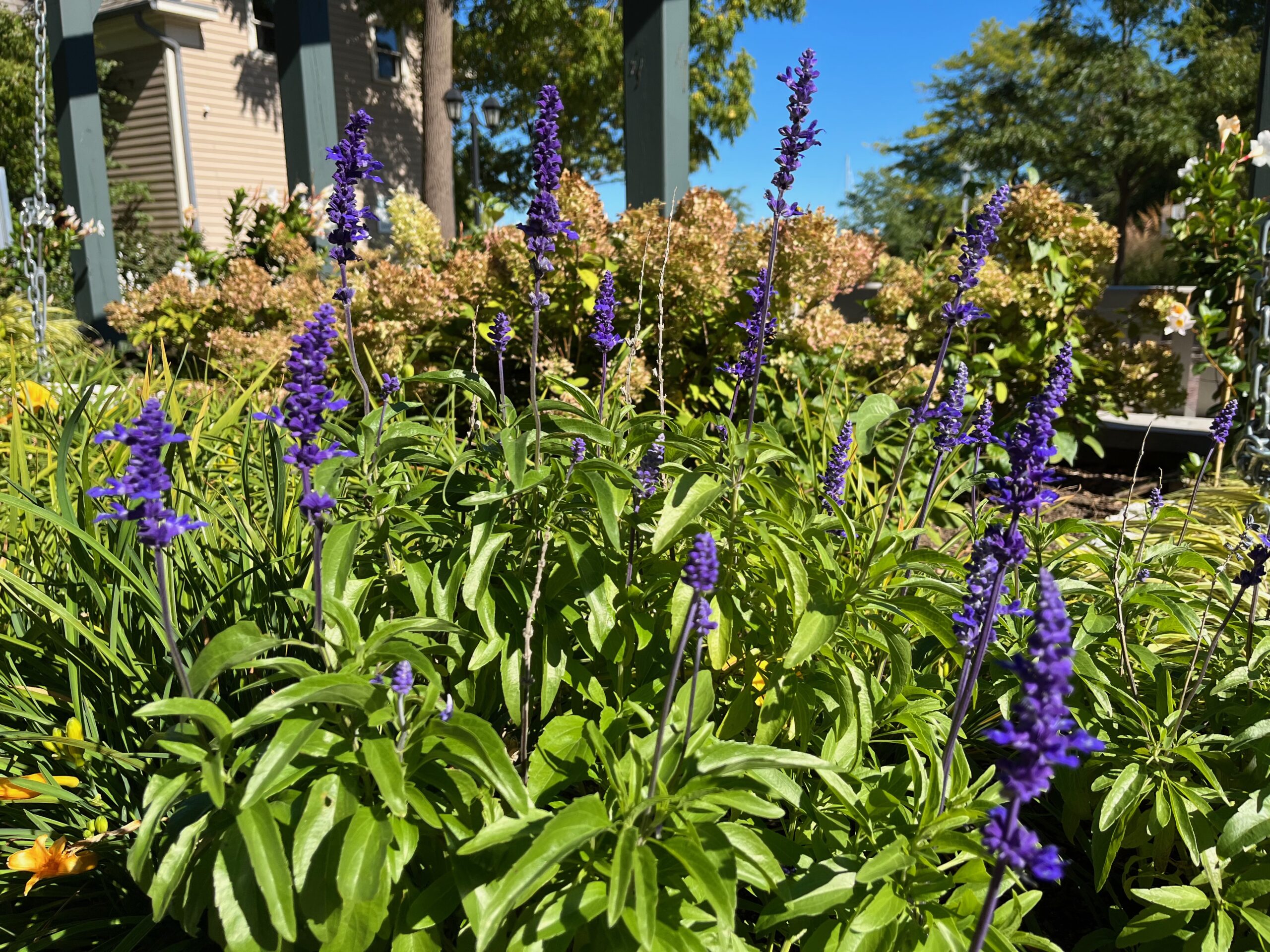 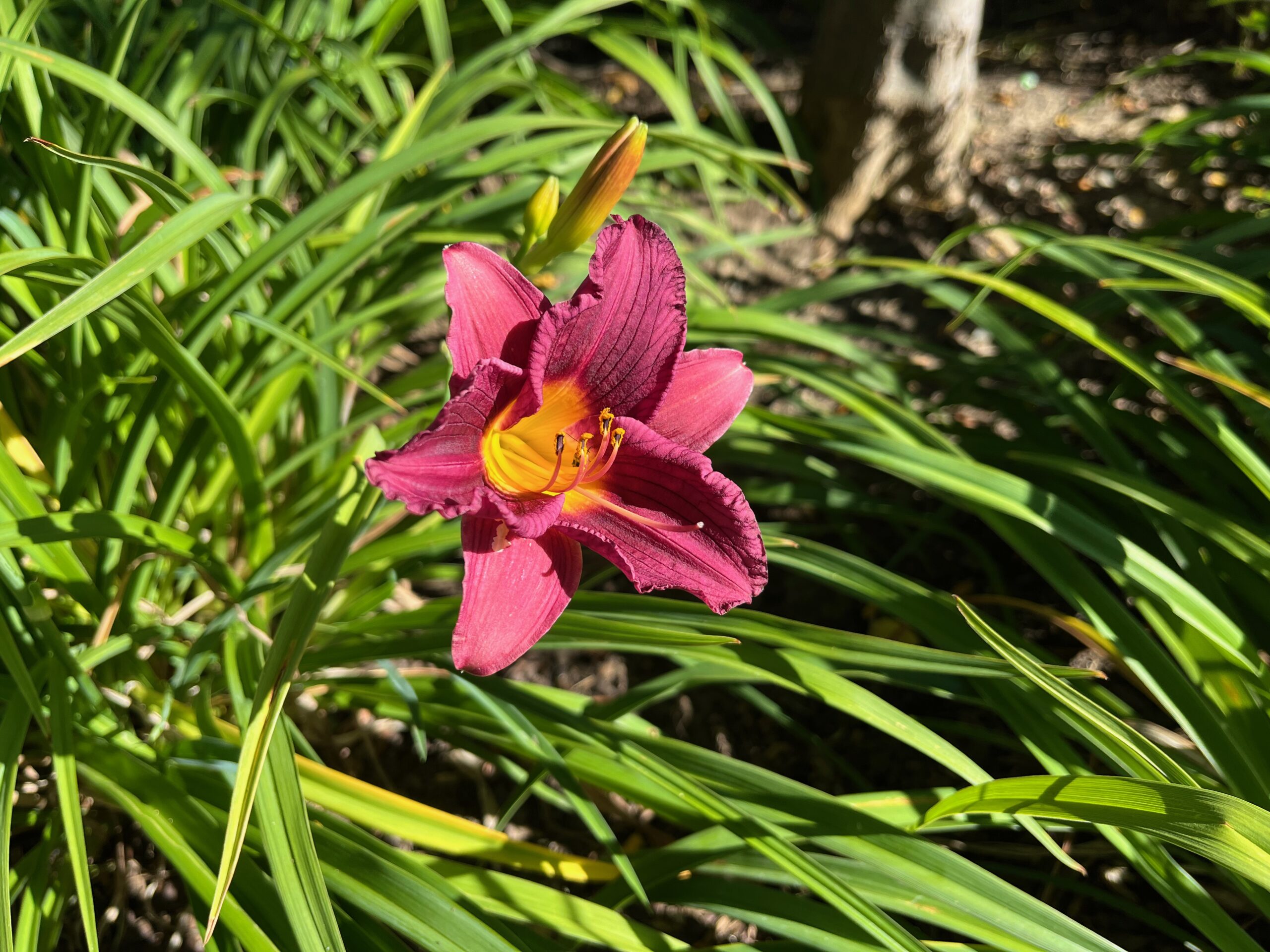 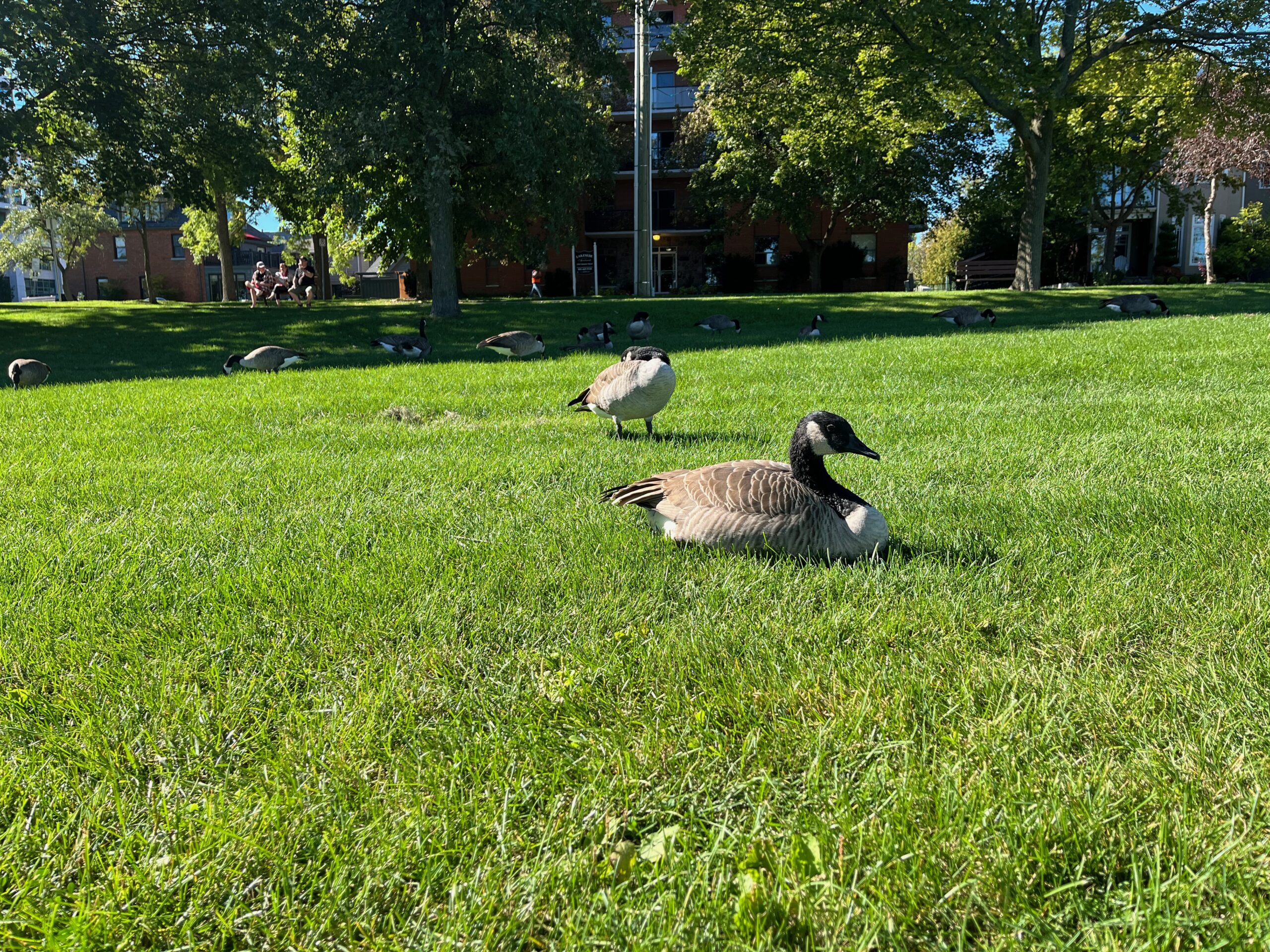 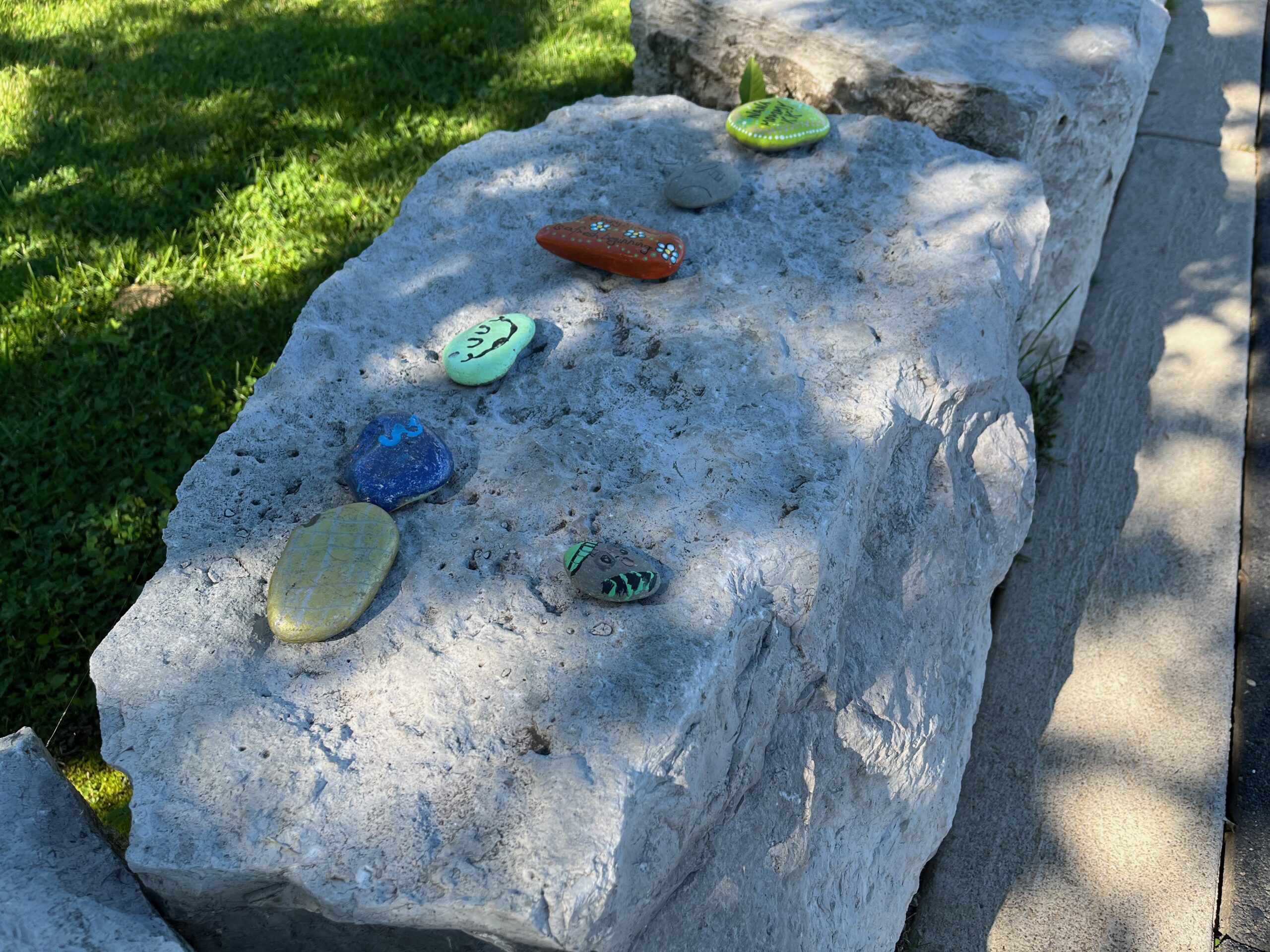 So what do all of these camera improvements mean? In theory, the larger sensors included in the iPhone 13 mini’s and iPhone 13’s pair of lenses should result in photos with less noise, more detail, and better low-light performance across the board.

While this seems to be the case based on my tests, like with the iPhone 13 Pro, you really need to look closely to see the difference in image quality. 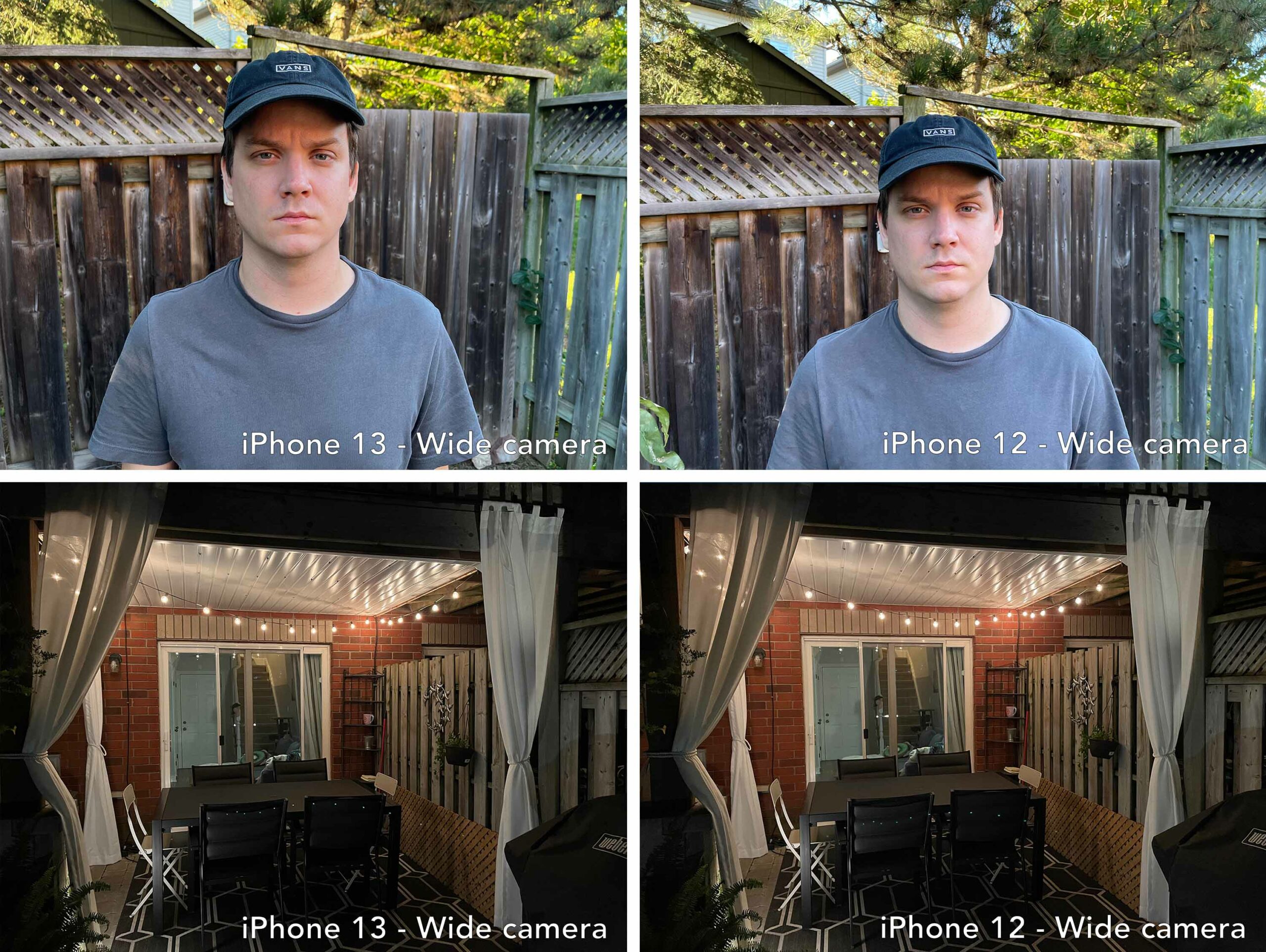 The rather unenthusiastic photo of me snapped with the iPhone 13 is nearly identical to the same image taken with the iPhone 12. When you zoom in, there’s slightly more detail in my face and additional shadows, better contrast, and a skin tone that’s more realistic based on the golden hour lighting when the photo was shot.

In terms of low-light performance, I found that Night mode didn’t turn on as frequently with the iPhone 13 series compared to the iPhone 12. However, there’s almost zero difference in quality between the two low-light images above. If you zoom in significantly (and some of the quality is likely already lost due to compression from uploading it here), items on the shelf in the back right corner of my patio are slightly more in focus. Other than this, the images look the same across both iPhone generations.

The most significant improvement to the iPhone 13 mini and iPhone 13’s shooters is the addition of sensor shift image stabilization. This makes it easier to get a clear shot on your first attempt and was a feature previously only available with the iPhone 12 Pro Max. It’s great to see Apple bring this feature to the entire iPhone 13 lineup this year as it really does make snapping quick photos in precarious situations a more reliable and consistent experience. 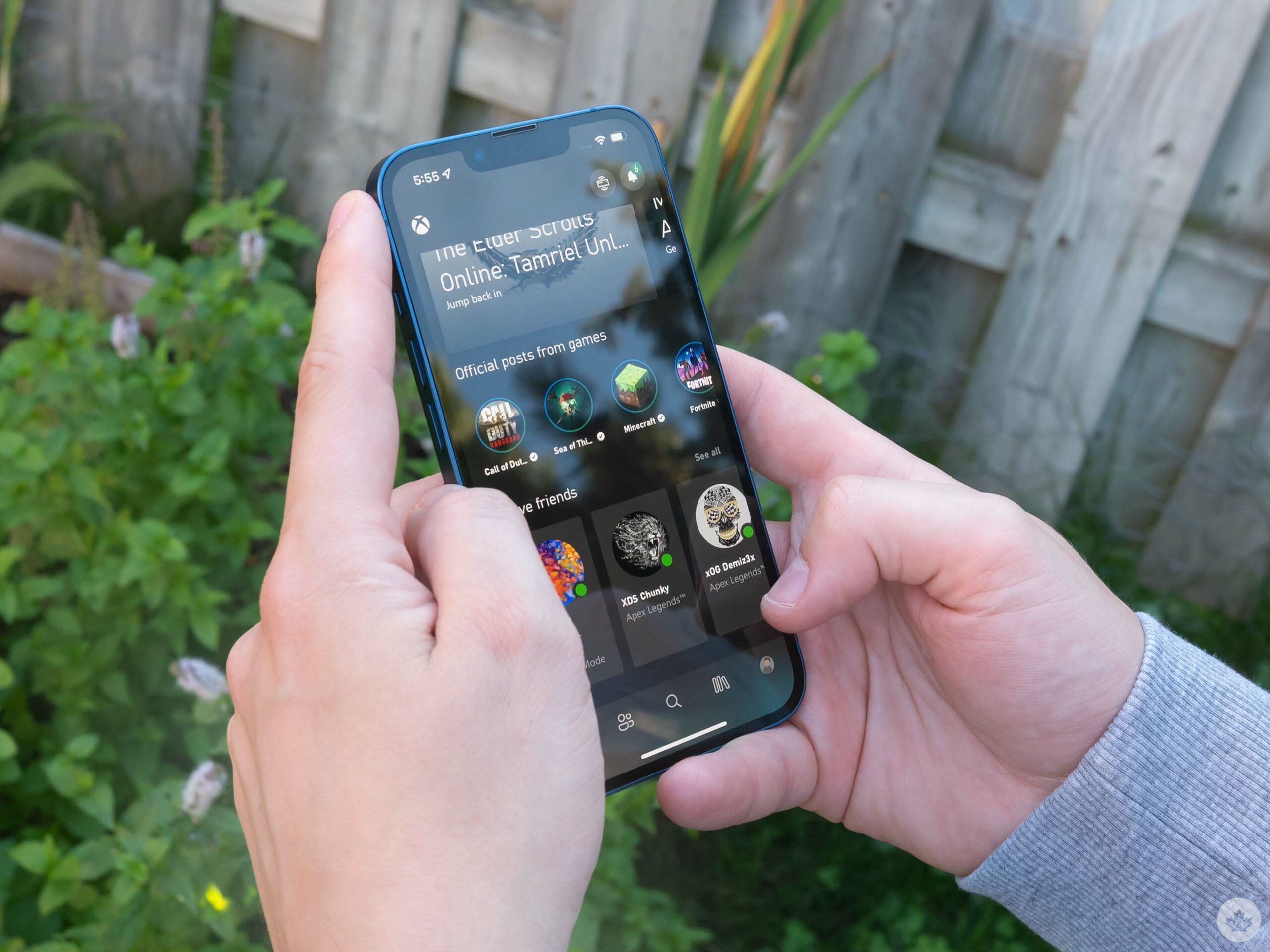 The effect is a little fake-looking and processed, but it’s dramatic and could have a wide number of use cases across different social media platforms, especially since you can also apply it after shooting a video. For example, TikTok and Instagram instantly come to mind.

There’s a great example of this feature in action in my iPhone 13 Pro Max review, if you’re interested in learning more. As far as I was able to tell, Cinematic video performs identically across the iPhone 13 and the iPhone 13 Pro.

It’s worth noting that Cinematic video only works in 1080p at 30fps. While I don’t find this to be that significant of an issue, it would have been great to see Apple allow people to shoot with this feature in 4K. It’s unclear if a technical limitation prevented the company from doing this. 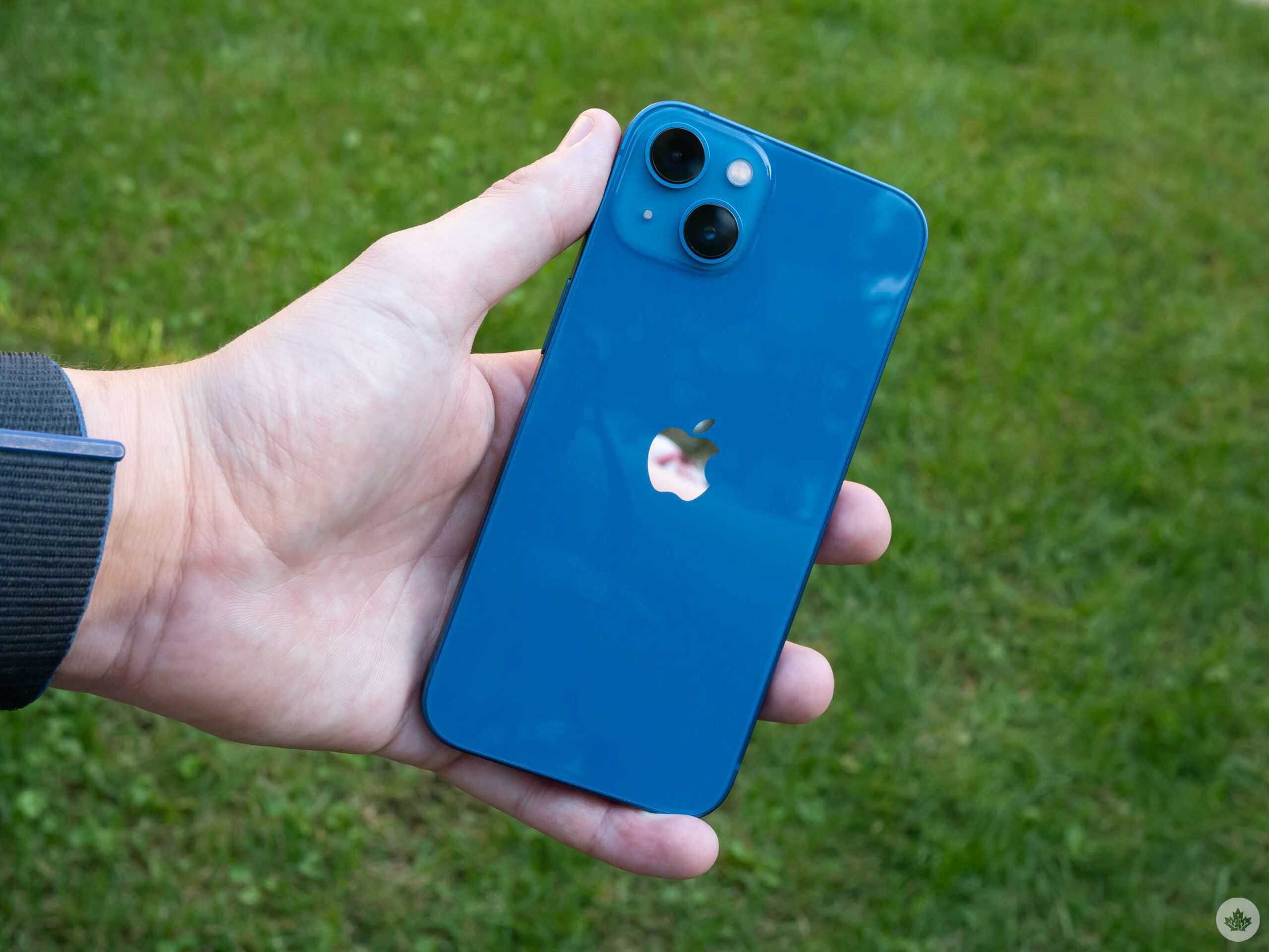 Even the camera upgrades don't stand out quite as much as Apple makes them out to in my experience. It also would have been great to see the tech giant bring a 120Hz refresh rate to its entry-level iPhone models now that the feature is standard in the Android space and the entire lineup includes an OLED display.

Still, even though the iPhone 13 is very much an incremental step forward, it includes useful new features like a more powerful processor, the excellent Cinematic video mode and a brighter display.

"Even though the iPhone 13 is very much an incremental step forward, it includes useful new features like a more powerful processor, the excellent Cinematic video mode and a brighter display."