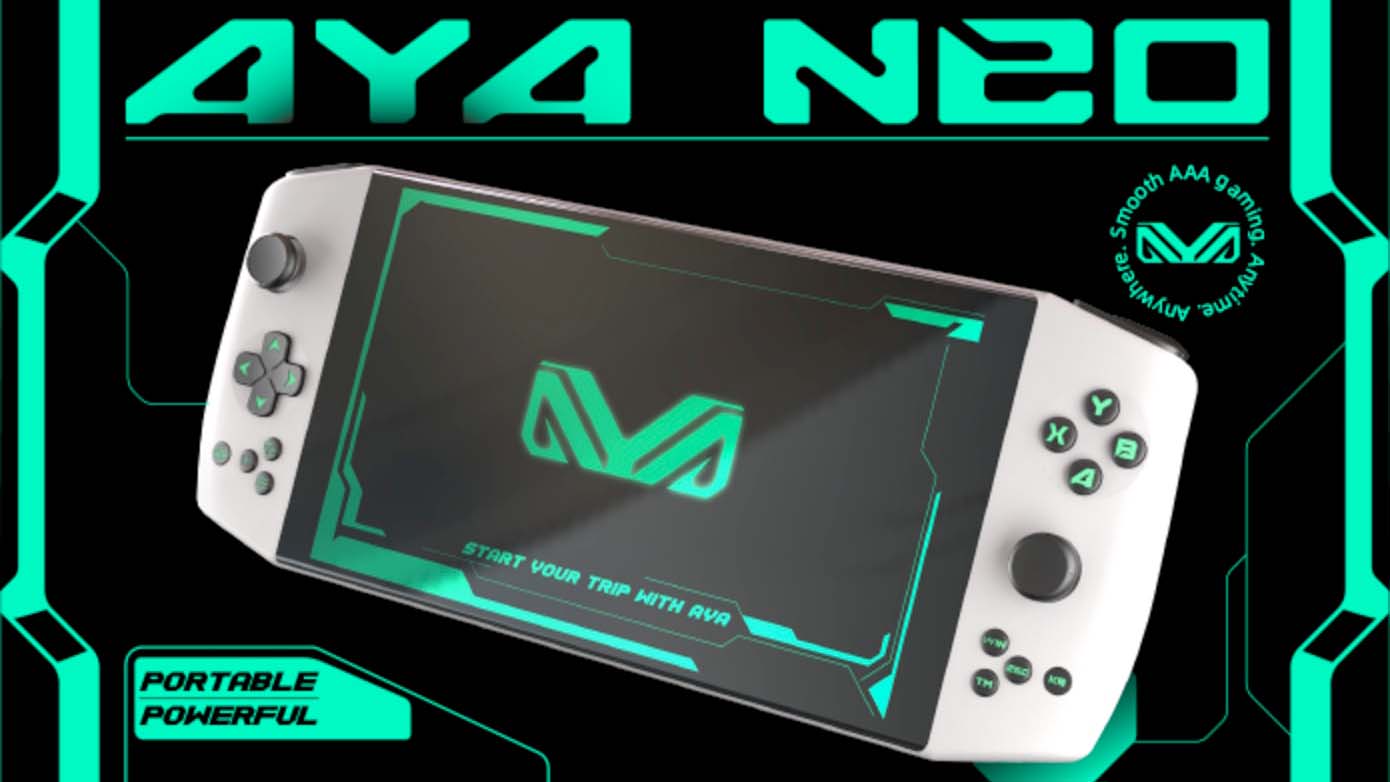 Sure, I could just play games on a smartphone, but there’s something fascinating about the cottage industry of Nintendo Switch-style dedicated gaming PCs and Android-powered devices.

This is where the starting at $789 USD ($996 CAD) Aya Neo comes in. The interesting-looking handheld device is currently available on Indiegogo following a brief, sold-out run of its ‘Founder’s Edition’ back in January. This new version of the Aya Neo includes a more stable operating system, weighs less, features better buttons, allows users to toggle rumble on/off and fixes resolution scaling problems that plagued the first version of the device.

There’s also an optional $47 ($59 CAD) dock that allows the device to be played on a monitor or television. The dock features two USB 3.2 Gen 1 type-A ports, a single HDMI port, one SD card slot, one MicroSD card slot, and an ethernet jack.

Spec-wise, the handheld features a 7-inch 1280 x 800 pixel resolution IPS display, a 10-25W AMD Ryzen 4500U CPU, 16GB of LPDDR4x RAM, three USB-C ports, and up to six hours of battery life. Storage comes in up to 1TB depending on the configuration. While this is enough power to run most PC games on low to moderate settings, don’t expect to be playing with high-end graphical settings.

Though the Aya Neo’s right and left Joy-Con-like gamepad can’t be detached, it undeniably looks very similar to the Nintendo Switch, right down to its shoulder buttons and even the overall shape of the handheld.

As interesting as the Aya Neo looks, it’s important to note that its release is tied to an Indiegogo crowdfunding campaign. With this in mind, there’s no guarantee that it will ever become a commercial product, though the fact that the run of its Founder’s Edition’ went well is definitely a positive sign.

We’ve also seen several similar devices from other companies over the years, including the ill-fated portable Nvidia Shield and, more recently, the GDP Win 3. As cool as it is, it’s also worth keeping in mind that it’s a little unclear why a device like this needs to exist when gaming PCs exist, and so many games on the platform are designed to be played with a mouse and keyboard.

That said, it’s fascinating to see companies like this try to take on the Switch in unique ways, especially as rumours of a more powerful Switch Pro continue to swirl.

For more on the Aya Neo, check out the device’s Indiegogo page. The above video from handheld gaming device YouTuber Taki Udon also offers a great look at the Founder’s Edition version of the device.