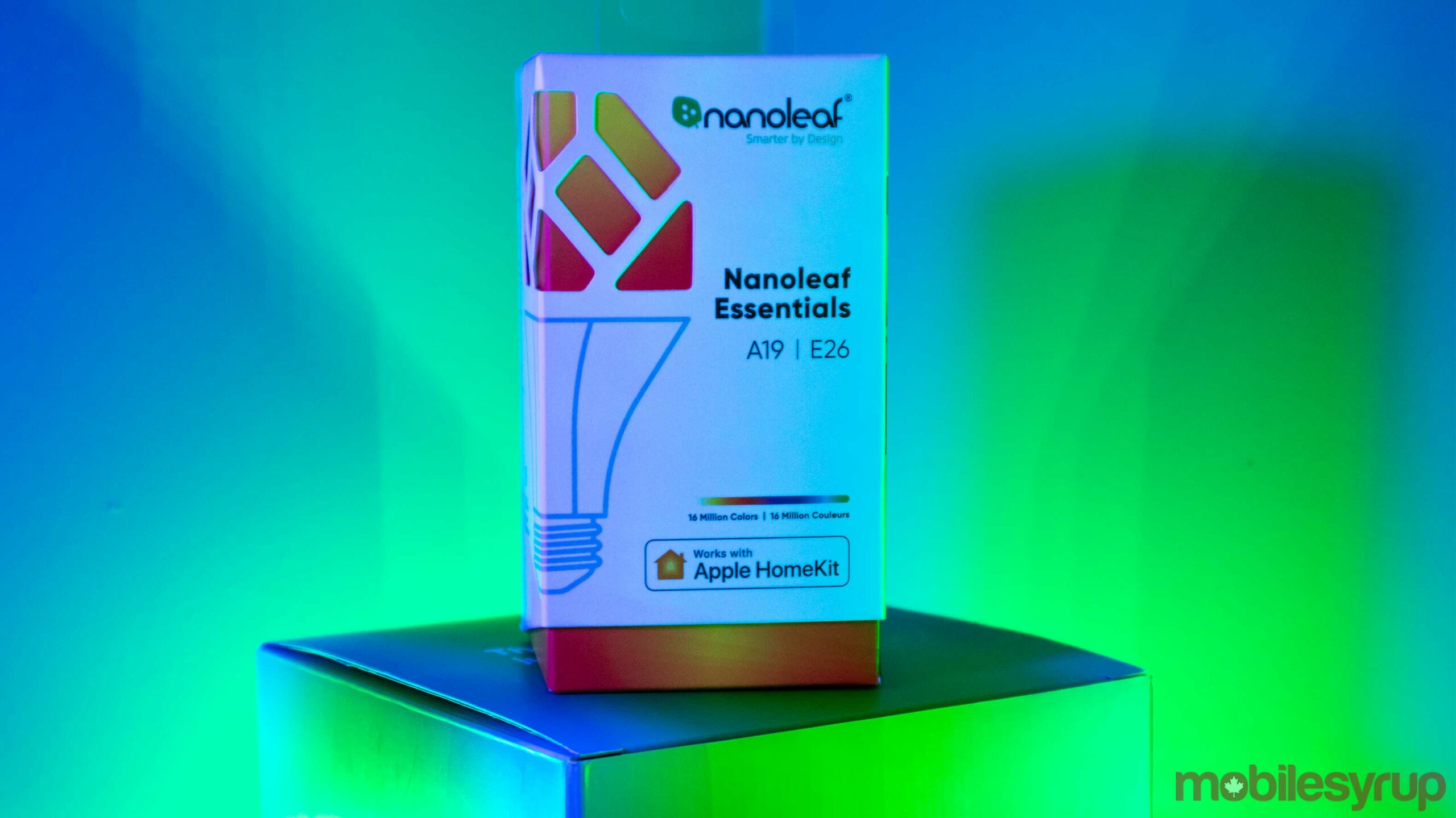 Nanoleaf is finally expanding beyond the light panel market with the release of a new smart lightbulb.

The Canadian smart lighting company has made a name for itself over the last few years with its artsy light up wall panels, but now it’s delving back into straightforward smart lightbulbs, a space the Toronto-based company experimented with back in the early to mid-2010s.

The new products are called Nanoleaf Essentials. There’s an A19 smart bulb and a traditional LED Lightstrip. Both items work super well in my testing and offer a few unique features compared to other smart lightbulbs. 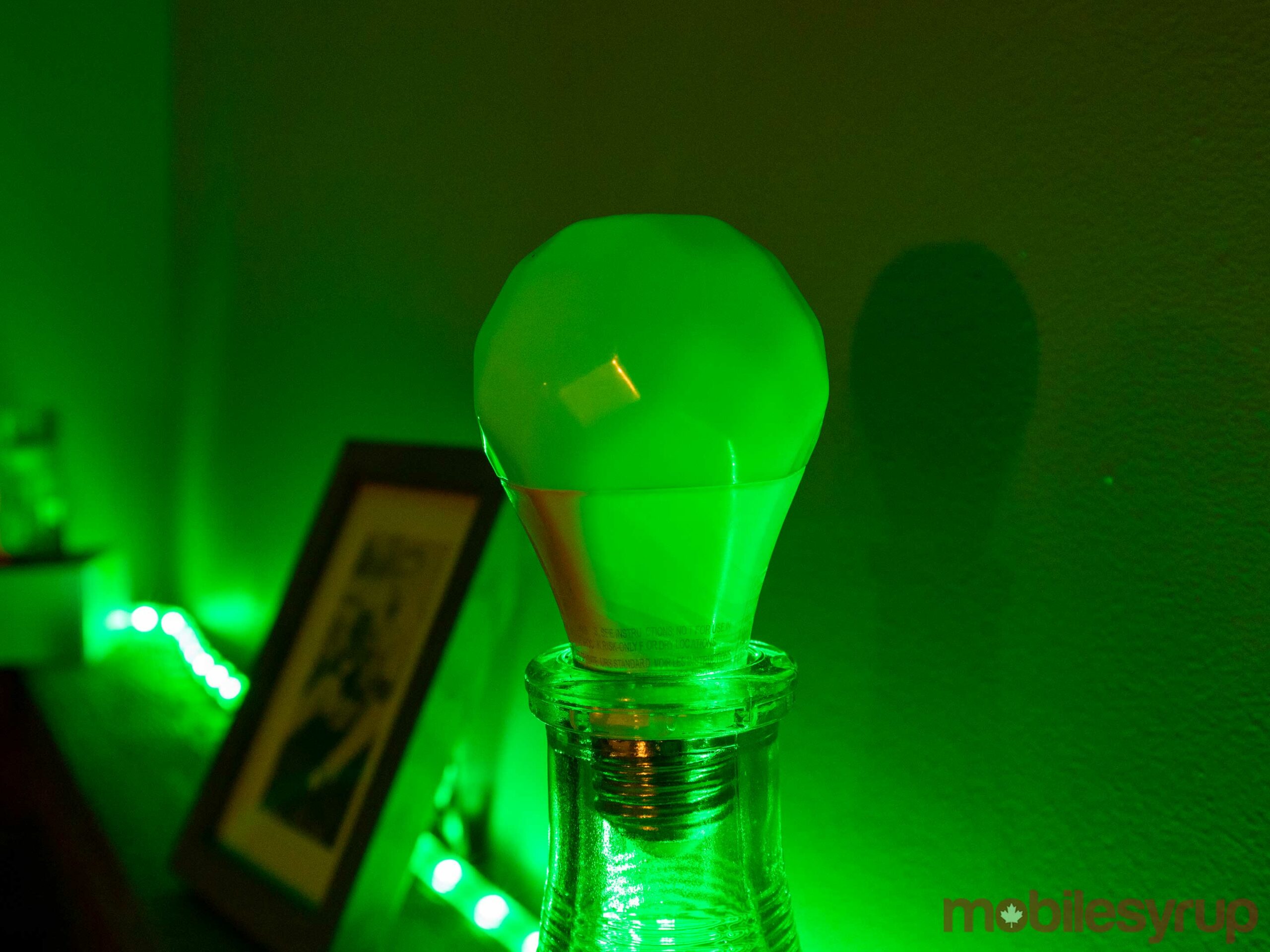 This new smart bulb features what Nanoleaf calls its ‘Rhombicosidodecahedron’ design, which basically means that the top of the bulb is shaped like a cool geode.

Beyond its unique look, the light can reach a peak brightness of 1,100 lumens when you’re using white light. The average brightness is around 800 lumens, and it can range from 2700K to 6500K and does RGB lighting. Nanoleaf says that the A19 can create 16 million different colours.

The light also has an interesting feature called ‘Circadian Rhythm.’ This allows the lights to automatically adjust throughout the day to keep up with the sun’s changing colour temperature and means you’ll get bright white lights early in the day and warm orange lights near bedtime.

For the A19 bulb, Nanoleaf uses a more recent connection standard called ‘Thread.” This is a newer wireless protocol is similar to Zigbee, but it includes two key advantages. First,  it works on a mesh system, which means that if a single light fails, the rest of your system will continue to run. Beyond that, the Thread standard also allows devices to connect to the internet and Thread simultaneously. This should make it easier to update these devices down the line. 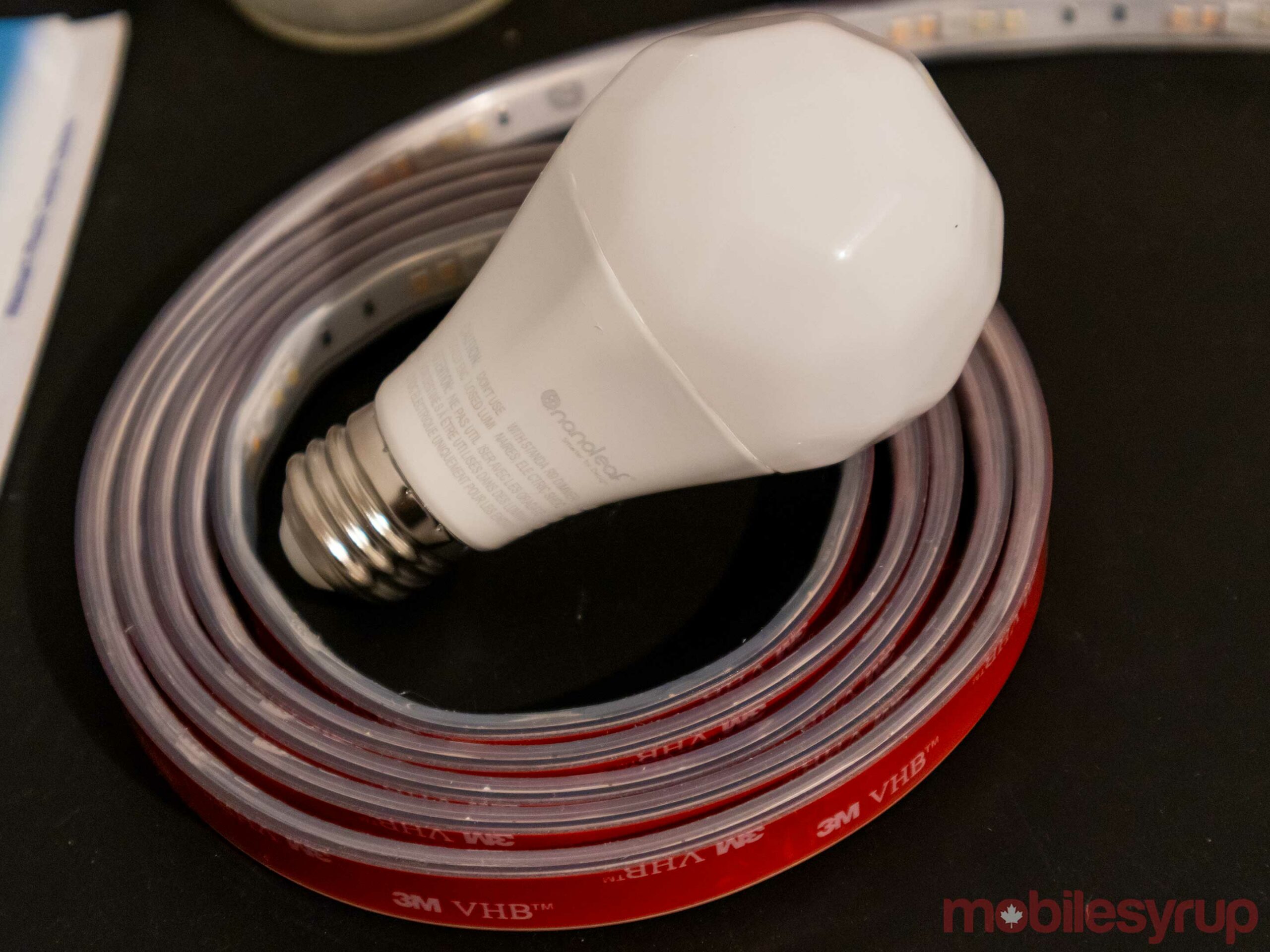 Thread devices should also work over a greater range than Zigbee products.

I’ve been using the lights on a regular Wi-Fi/Bluetooth connection in my initial testing, and the lights have worked incredibly well. However, having the built-in thread support should help future-proof the lights.

The best thing about the new light is its low-cost. The A19 bulb costs $25.99 in Canada, but you can only buy it online and from the Apple Store. For comparison, a colour changing Philips Hue bulb costs $59.99. 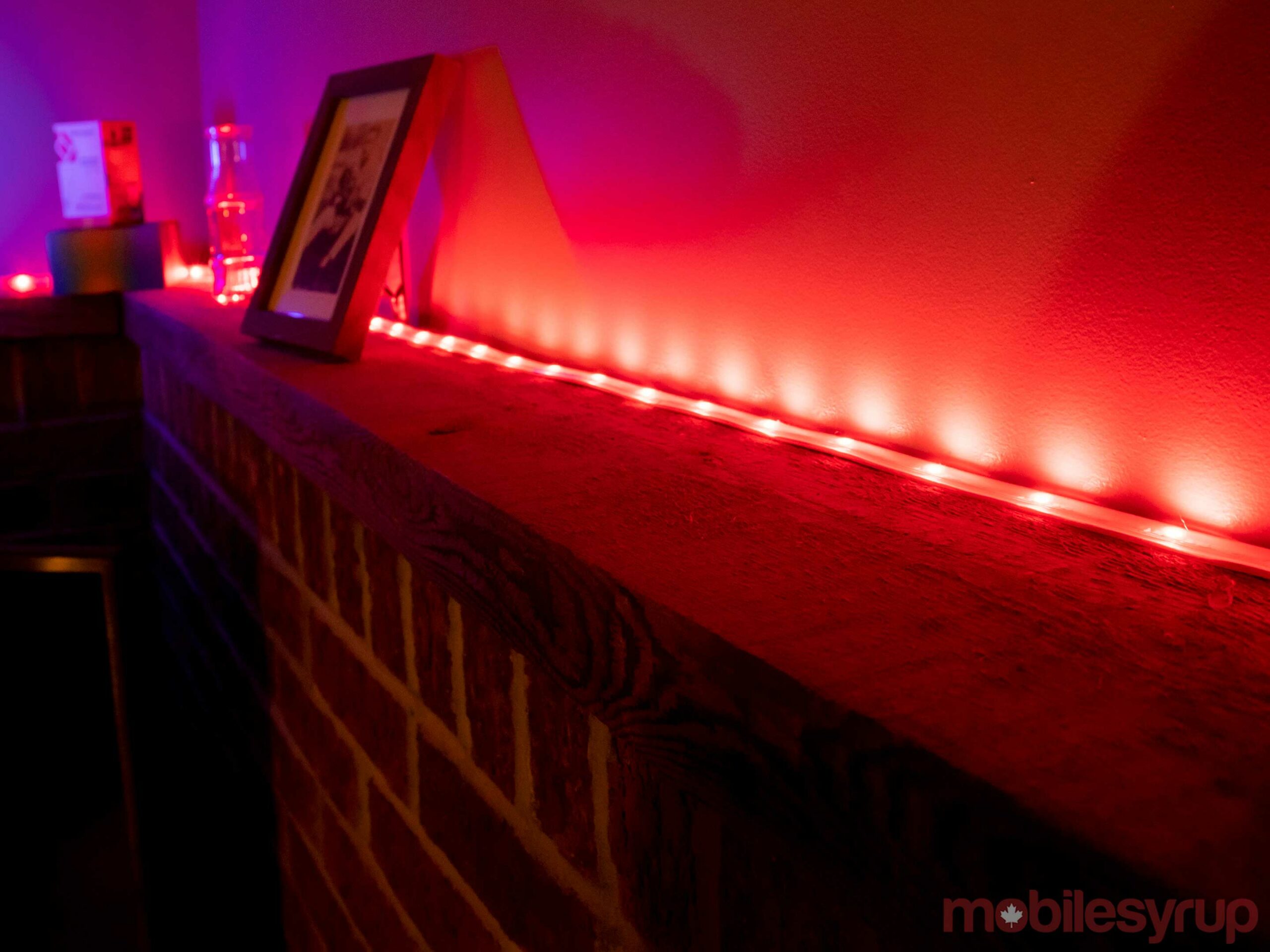 The new Lightstrip shares many of the same features with the A19 light, including the Circadian Rythm function, thread and the 16 million colours support.

The lights built into the strip are paired in groups of four. There are two warm lights and two cool lights to help the lights maintain natural colour. The company says that the Lightstrip should get between 2,000 and 2,200 lumens at maximum brightness.

Nanoleaf says that you can cut the Lightstrip so people can customize it to fit their specific spaces.

Another feature the Lightstrip includes is a small controller built into the end. This section has four buttons: raise brightness, lower brightness, change colour and on/off. While You can’t control the strip’s colours as accurately as with the Nanoleaf app, it’s handy to have in a pinch.

The Lightstrip is two-metres long and costs $69.99, but you can extend it one-metre at a time with $35 expansion packs.