All it's missing is an always-on display 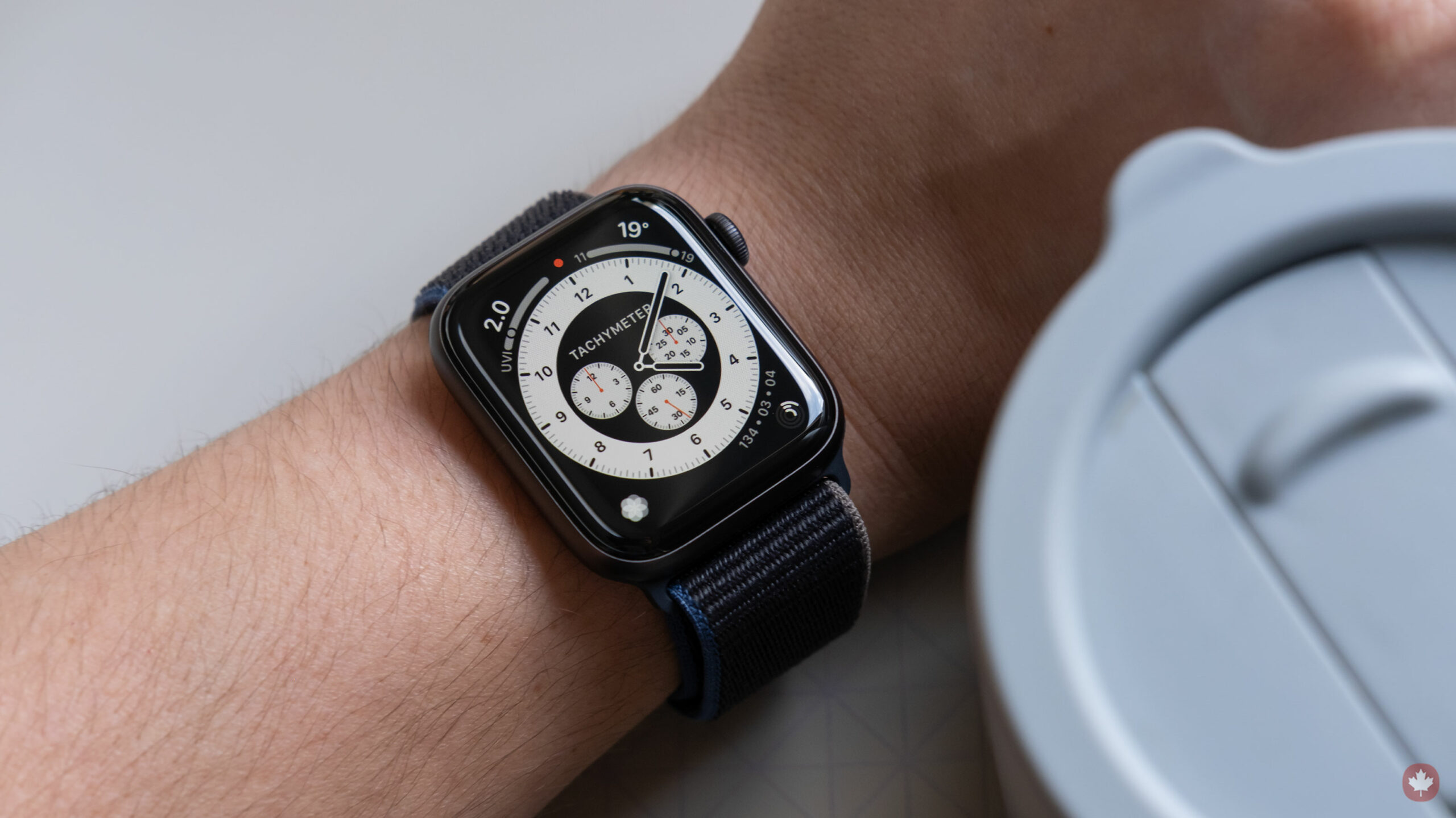 For years Apple has sold a few-generations-old version of the Apple Watch following the release of the latest iteration of the smartwatch.

First, it was a slightly updated take on the original Apple Watch and then, eventually, the Apple Watch Series 3, which is still available, though likely not for long.

The Apple Watch SE seems to be a substitution for Apple selling older versions of its smartwatch. The wearable offers nearly the same functionality and design as the Series 6, with a few key exceptions. 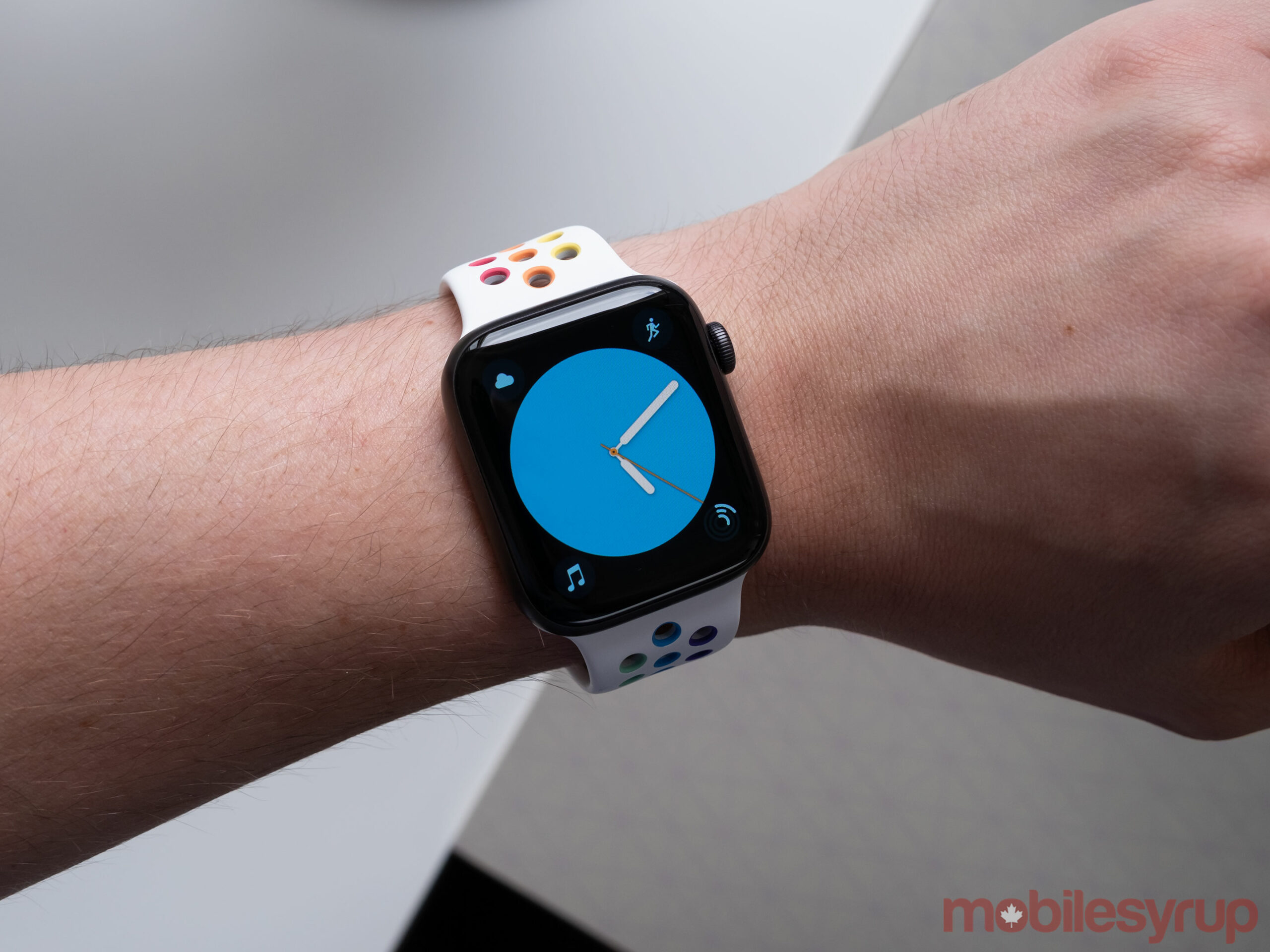 It doesn’t include more advanced features like electrocardiograph heart monitoring (ECG) or blood oxygen sensing (also known as SpO2) and ditches the always-on display in favour of the same screen featured in the Apple Watch Series 4.

For some, this might not be an issue depending on how they use the Apple Watch. But given I’ve spent the last few years wearing the Series 5 and Series 6, two smartwatches that feature an always-on screen, I find it extremely difficult to go back to a version of the wearable that doesn’t include a display that’s always visible.

There’s also the issue of price. While Apple is positioning the SE as an entry-level option, the Apple Watch SE still costs a rather expensive $369.

With all that said, for first-time Apple Watch owners, the Apple Watch SE could be the version of Apple’s smartwatch you’ve been waiting for. 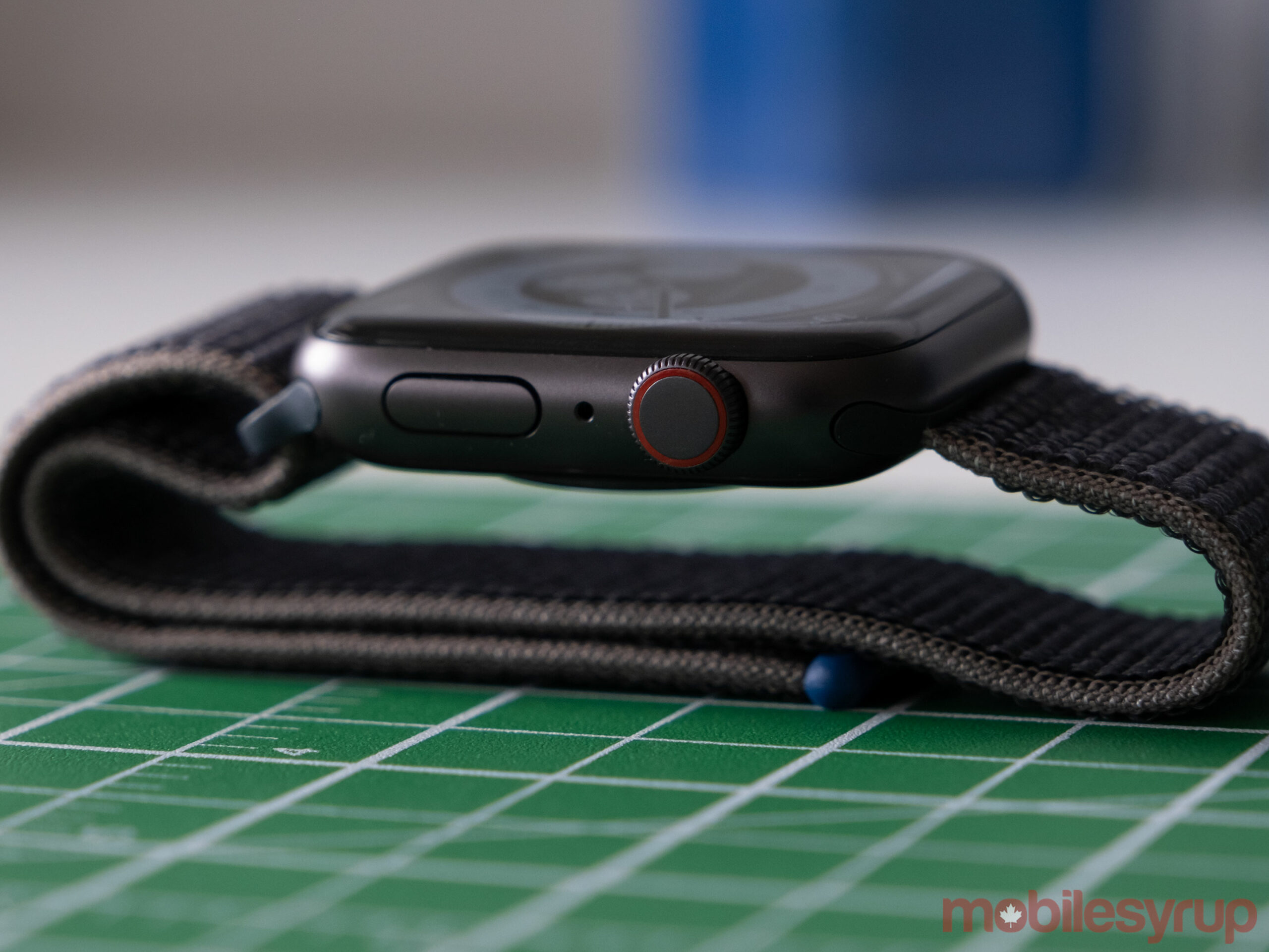 If you’ve seen an Apple Watch before, you’ll know what to expect here. The SE looks nearly identical to the Apple Watch Series 5 and Series 6 and includes the same rectangular design the wearable launched with back in 2015. It also features the same reduced bezels as the Series 4, giving it an advantage over the Series 3.

This means the SE is compatible with Apple’s still somewhat recently introduced Watch Faces that feature ‘Complications,’ including the new ‘Color,’ the wack-looking ‘Artist’ and ‘GMT’ Face. Just like other versions of the Apple Watch, the SE also comes in 40mm and 44mm variants, there’s a fluid ‘Digital Crown’ and a bright OLED display. 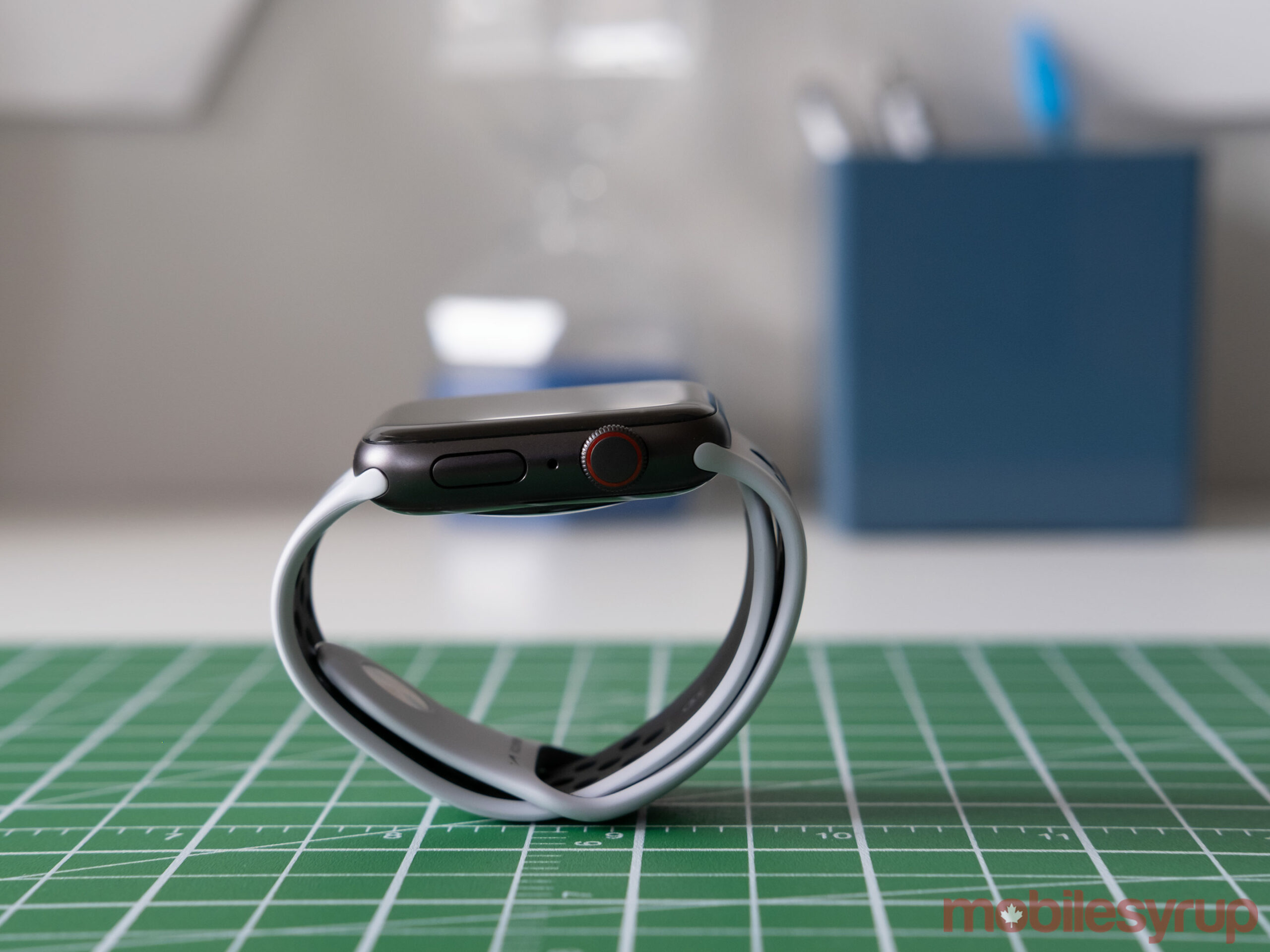 Similar to the Series 6, it would be great if Apple started to update the Apple Watch’s design more frequently, but given this is being positioned as an entry-level smartwatch, it’s difficult to fault the SE for this.

It’s also worth noting that the Apple Watch SE is only available in aluminum and not stainless steel like the Series 6.

What it doesn’t feature 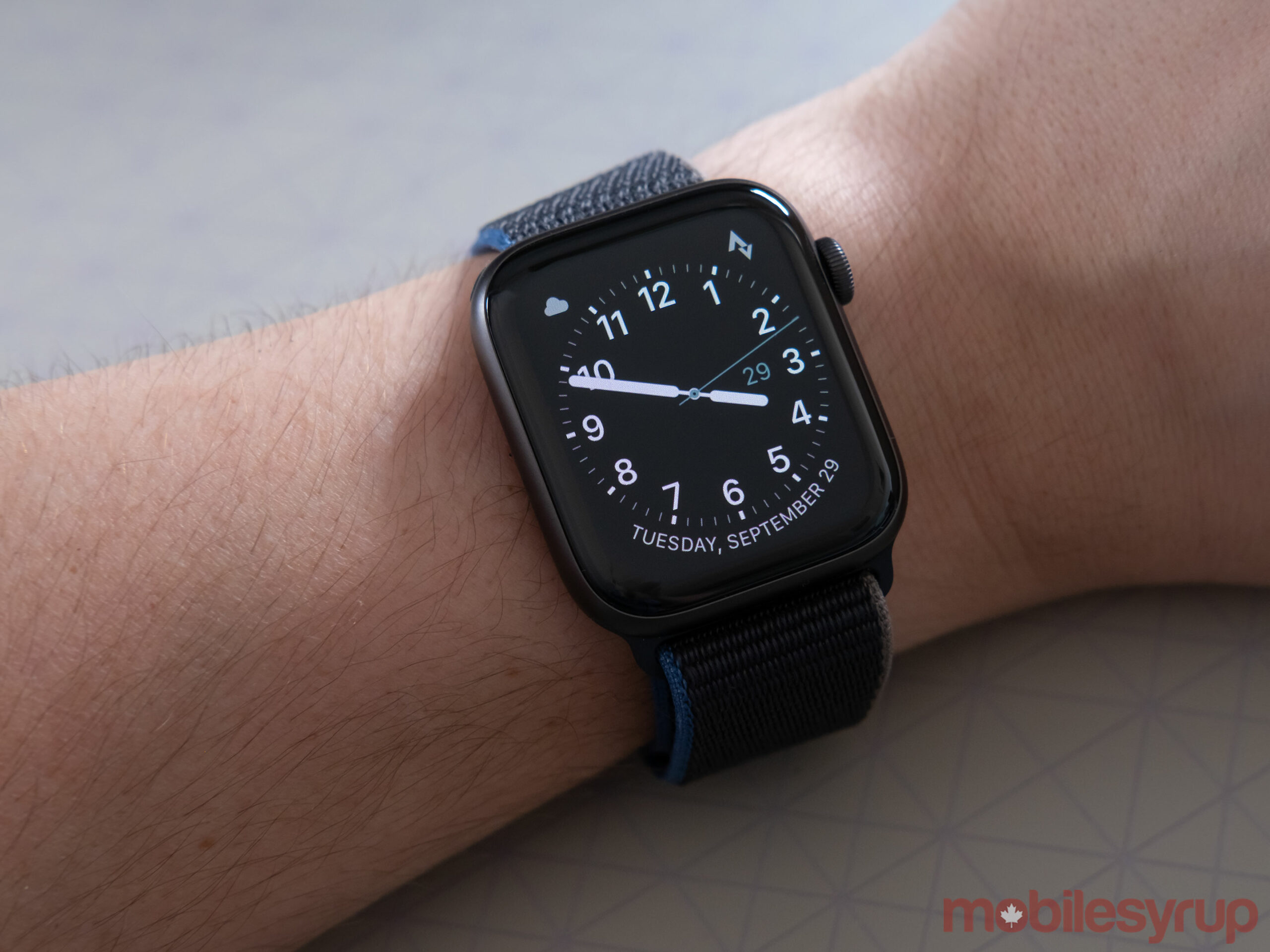 As far as I’m concerned, this isn’t a big deal. These aren’t features I often use with my Apple Watch because for me, it’s primarily a notification-focused device. That said, the lack of a blood oxygen level sensor means the smartwatch’s new ‘Sleep’ tracking is far less useful since it can’t help detect issues like sleep apnea. 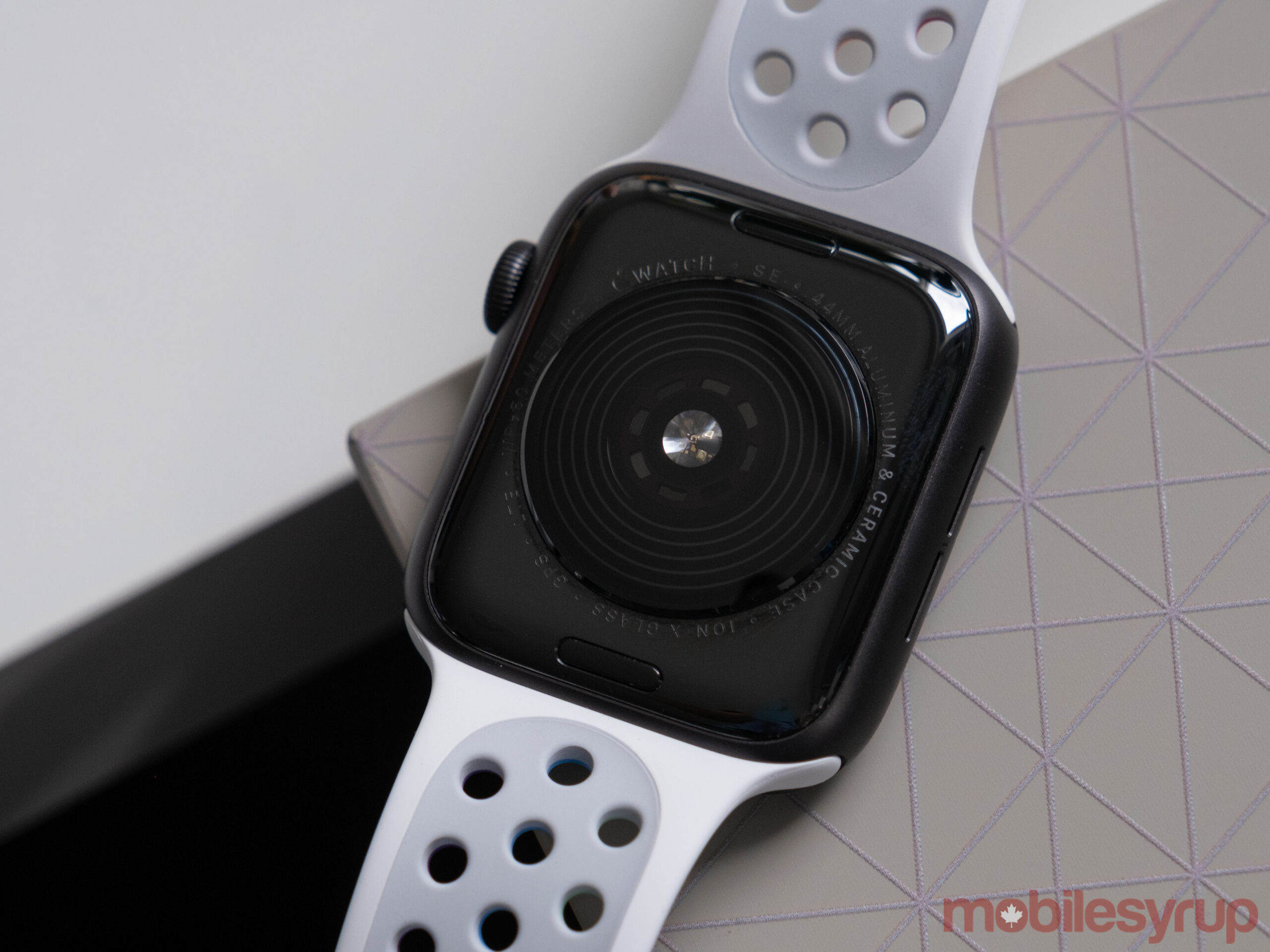 What I do find myself missing is the Apple Watch Series 5’s and Series 6’s always-on display. Though those that haven’t used the feature before likely won’t miss it, the fact that glancing down at the SE doesn’t give me the information I need right away often frustrates me, especially if I’m using it to track my distance and speed with Strava during a bike ride.

Thankfully, the raise-to-wake functionality that makes SE’s display light up is surprisingly responsive and seems to be a step above even the Series 4’s. Still, it isn’t the same as having the screen always-on and available to you at a glance. Again, if you’ve never used a smartwatch with an always-on screen, it’s likely that you’ll be fine with the SE’s raise-to-wake functionality.

On the plus side, the SE’s OLED Retina screen is overall brighter and more vibrant than the Series 3’s display. 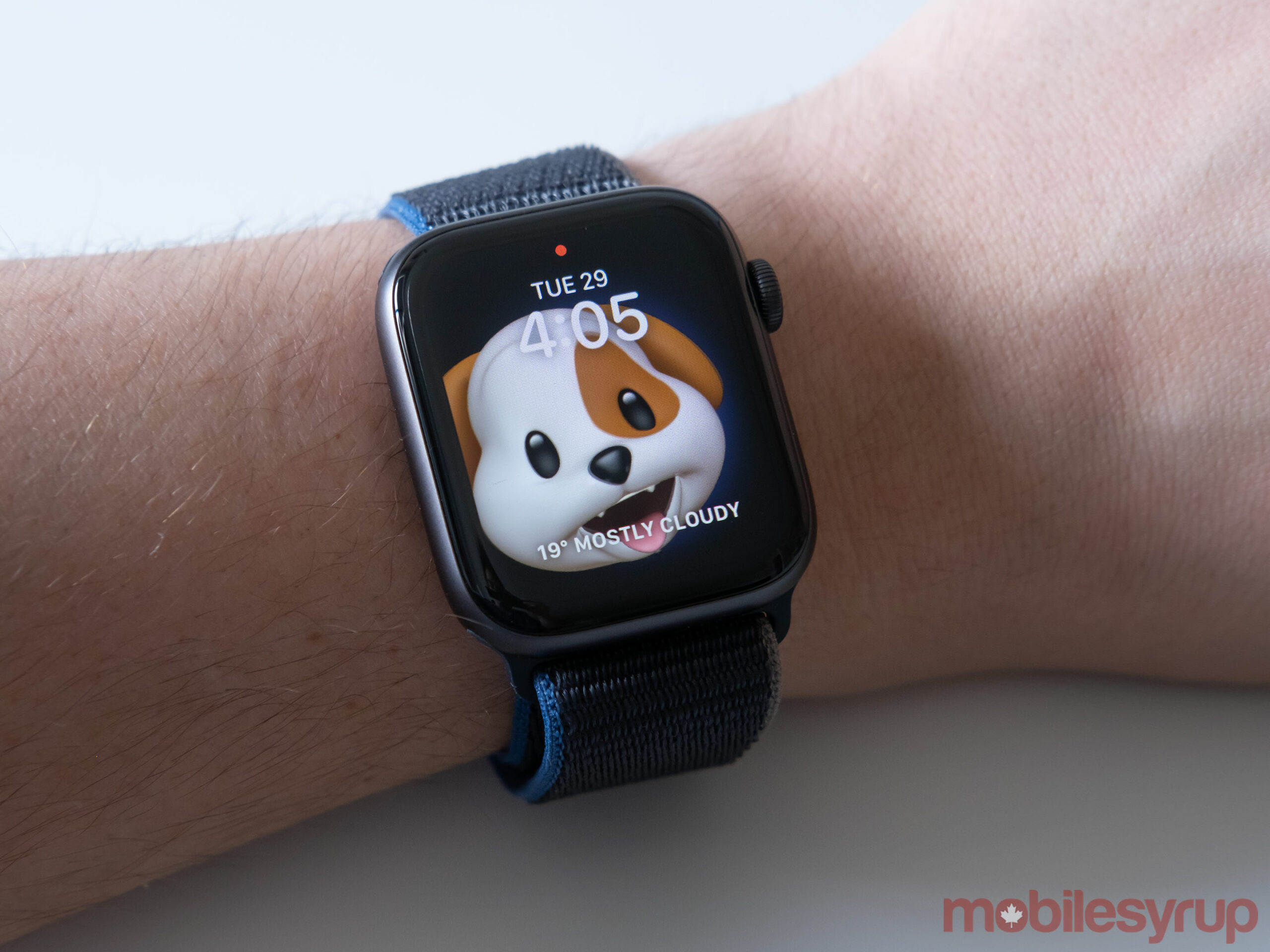 What’s most appealing about the SE is it includes many of the same watchOS 7 upgrades as the Series 6.

For example, the four new workouts — dance, core training, functional strength training and cooldown — are all available. The SE is also capable of Sleep tracking. However, it’s not nearly as informative given it only takes into account accelerometer data and, similar to the Series 6, doesn’t break your sleep into REM, light and deep like Fitbit’s sleep tracking.

“Issues I had with watchOS 7 on the Series 6 are, unsurprisingly, still present here”

Other watchOS 7 features include hands-wash detection; ‘Wind Down’ and ‘Wake up’ times that aim to help you get ready for bed and prepare for the day; Family Setup, which isn’t yet available in Canada because it requires access to carrier data networks; Cycling directions; the ability to connect more than one Apple Watch to a single iPhone and more.

Still, issues I had with watchOS 7 on the Series 6 are, unsurprisingly, still present here. For example, loading songs onto the Apple Watch’s 32GB of internal storage is a frustrating experience, with tracks only syncing sometimes. 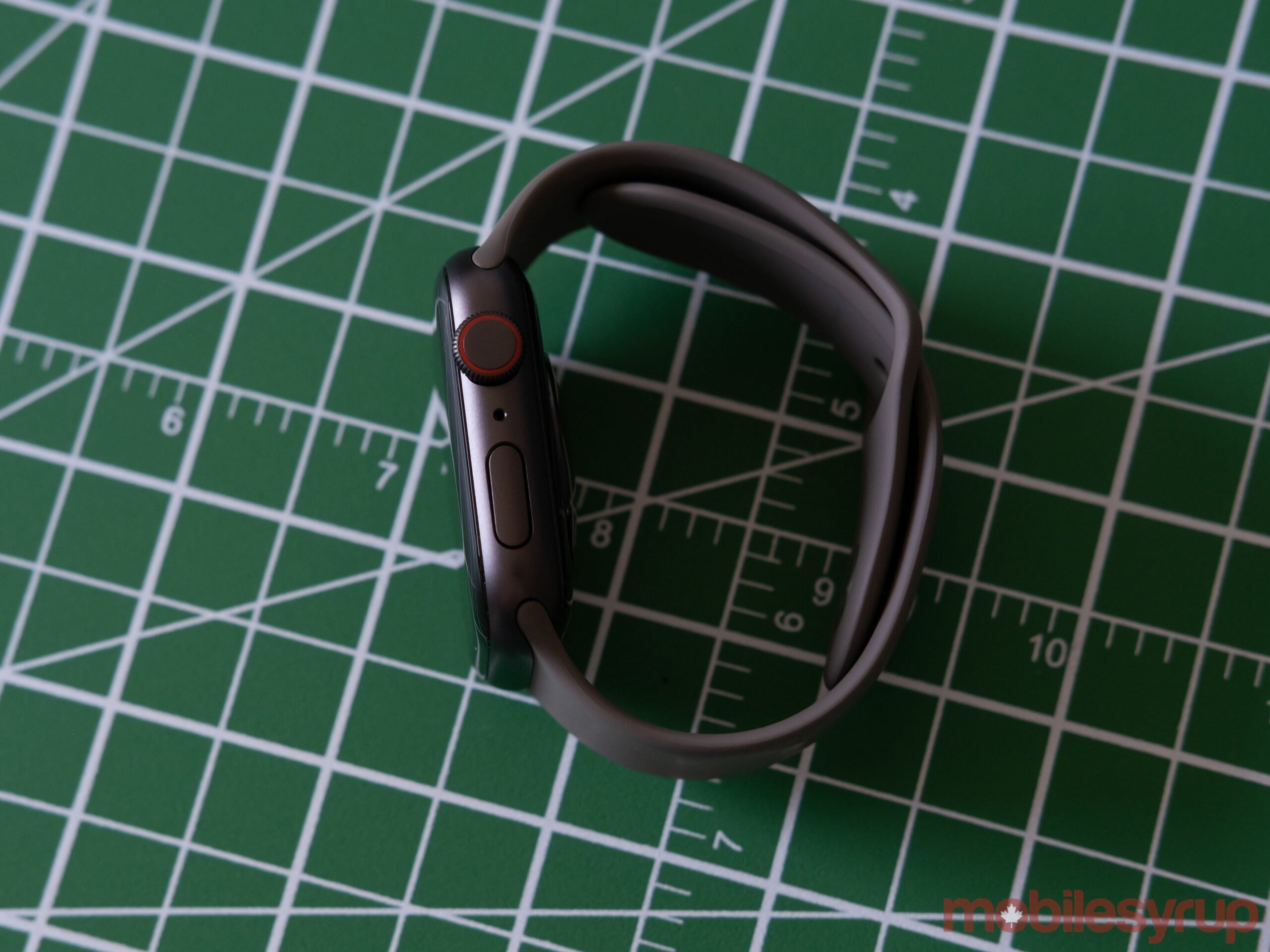 It’s worth noting that watchOS 7 runs just as smoothly on the Apple Watch Series 6 as it does on the Apple Watch SE despite it featuring the tech giant’s older S5 chip, which is the same processor included in the Series 5. For context, the Series 6’s new S6 chip is only 20 percent faster than the S5, according to Apple.

The wearable also includes an altimeter accessible through the new Compass app, just like the Series 6, and a 50 percent louder built-in speaker. I don’t have much use for an altimeter since I only use the Apple Watch for light fitness tracking, but this feature could come in handy for some people.

Other features include water resistance up to 50 metres, heath functionality capable of monitoring your heart rate at any time, ‘Fall Detection,’ automatic workout detection, third-party app support and, of course, app notifications. In several ways, the SE offers the best of what the Apple Watch has to offer without the higher-end health functionality included in the more expensive Series 6.

Regarding battery life, despite the SE including a display that turns off and isn’t always-on, I found it lasted roughly a little over a day. If I happened to forget to charge the Apple Watch SE after wearing it for an entire day, it usually still had a few hours of charge left and would last until noon the following day. This isn’t stellar given that the screen actually turns off, unlike the Series 6. 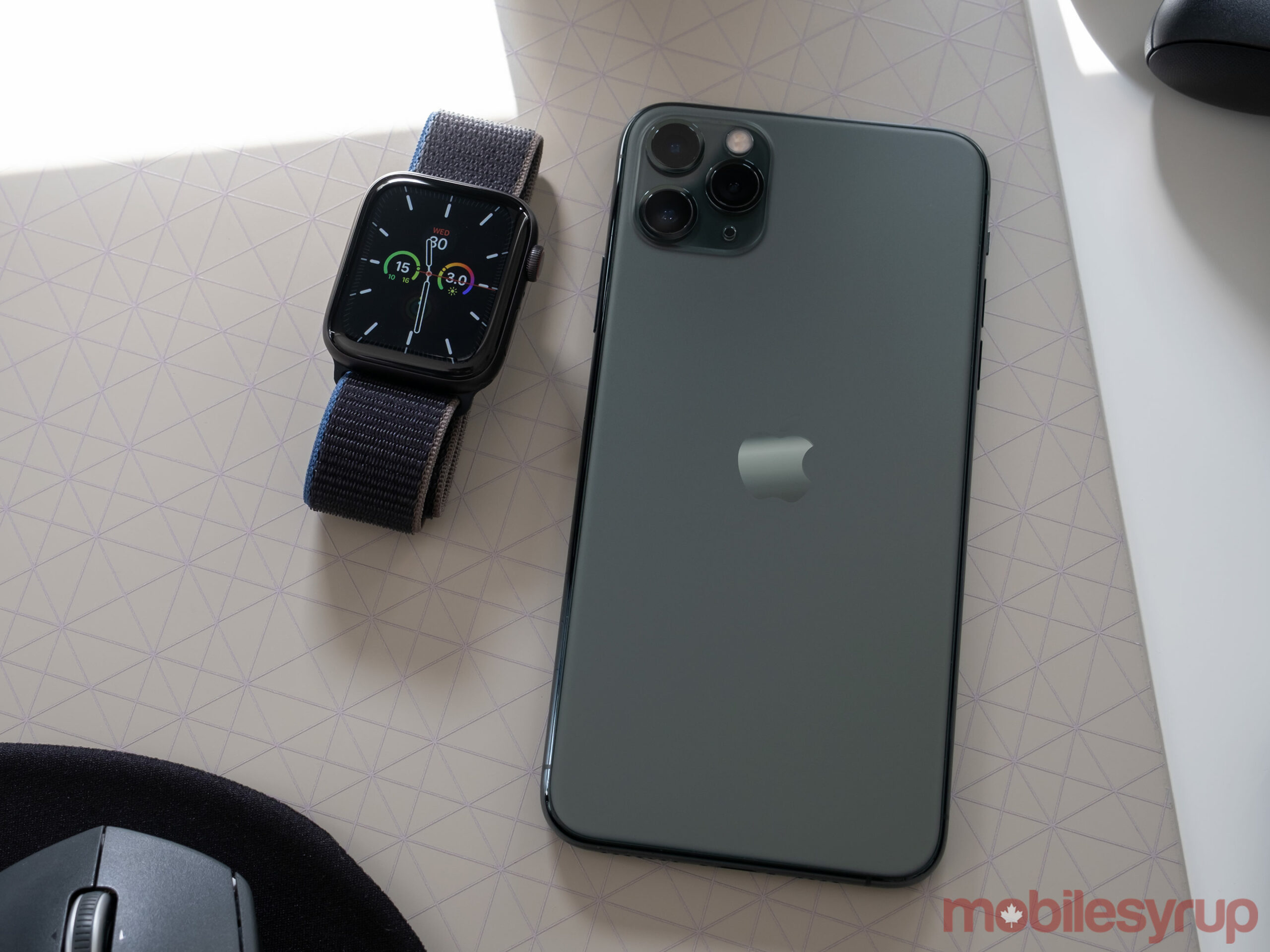 If only it cost less

Beyond the fact that the Apple Watch SE feels like a step backwards in some sense because it lacks an always-on display, the other main issue, particularly in Canada, is the entry-level smartwatch's $369 starting price tag.

This is a lot to ask for the SE when the Series 6 is only $160 more and comparable devices from Fitbit like the Versa 3 cost $299. A price in the $250 to $300 range -- or even precisely $259 like the Apple Watch Series 3 still costs -- would have made the Apple Watch SE an absolutely stellar deal for any iPhone owner.

Still, If you don't know what you're missing with the always-on display and are looking to buy an Apple Watch for the first time, you'll likely find value in what the Apple Watch SE offers.

"If you don't know what you're missing with the always-on display and are looking to buy an Apple Watch for the first time, you'll likely find value in what the Apple Watch SE offers"