The ultimate Apple Watch has arrived 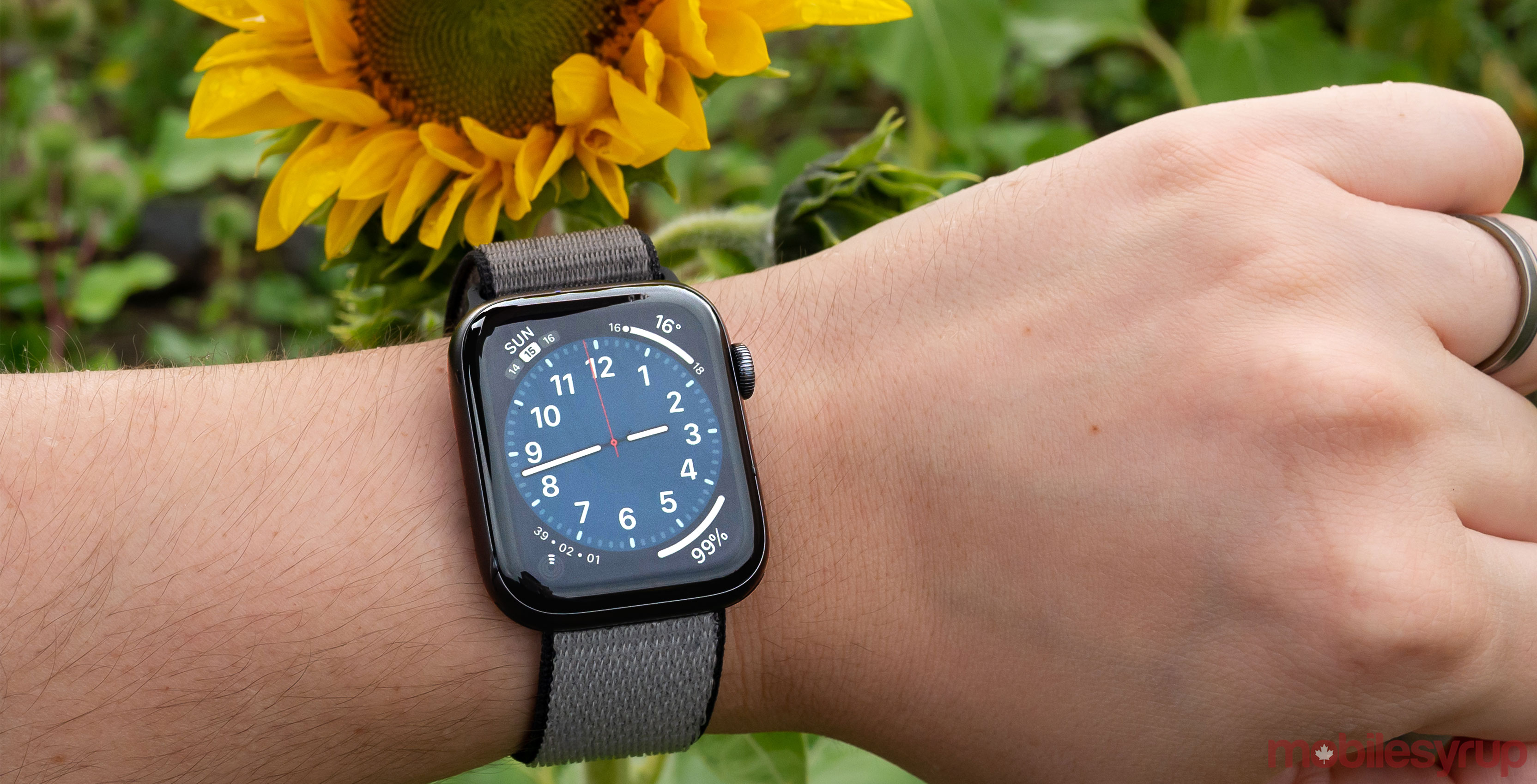 The Apple Watch Series 5 is by far the best smartwatch available for iOS users.

The Series 4, with its minimized bezels, 40mm/44mm size and slightly revamped design, was a significant step over the Series 3 in several ways. Now, with the Series 5 and watchOS 6, Apple has built on that solid foundation.

With this in mind, Apple’s new smartwatch isn’t a total revamp of the Apple Watch. Similar to this year’s iPhone 11 line, the Series 5 is an iterative, but still meaningful update over its predecessor.

Apple’s upgraded smartwatch includes new features like international emergency calling, a compass app and elevation detection, along with a slew of functionalities coming to both the Series 5 and older Apple Watches courtesy of watchOS 6.

The best new feature is by far the Apple Watch’s always-on display. Now that the Series 5’s screen can be on at all times, the smartwatch feels more like a traditional watch. It also at times felt like a nostalgic throwback to the Pebble’s always-on e-ink screen. 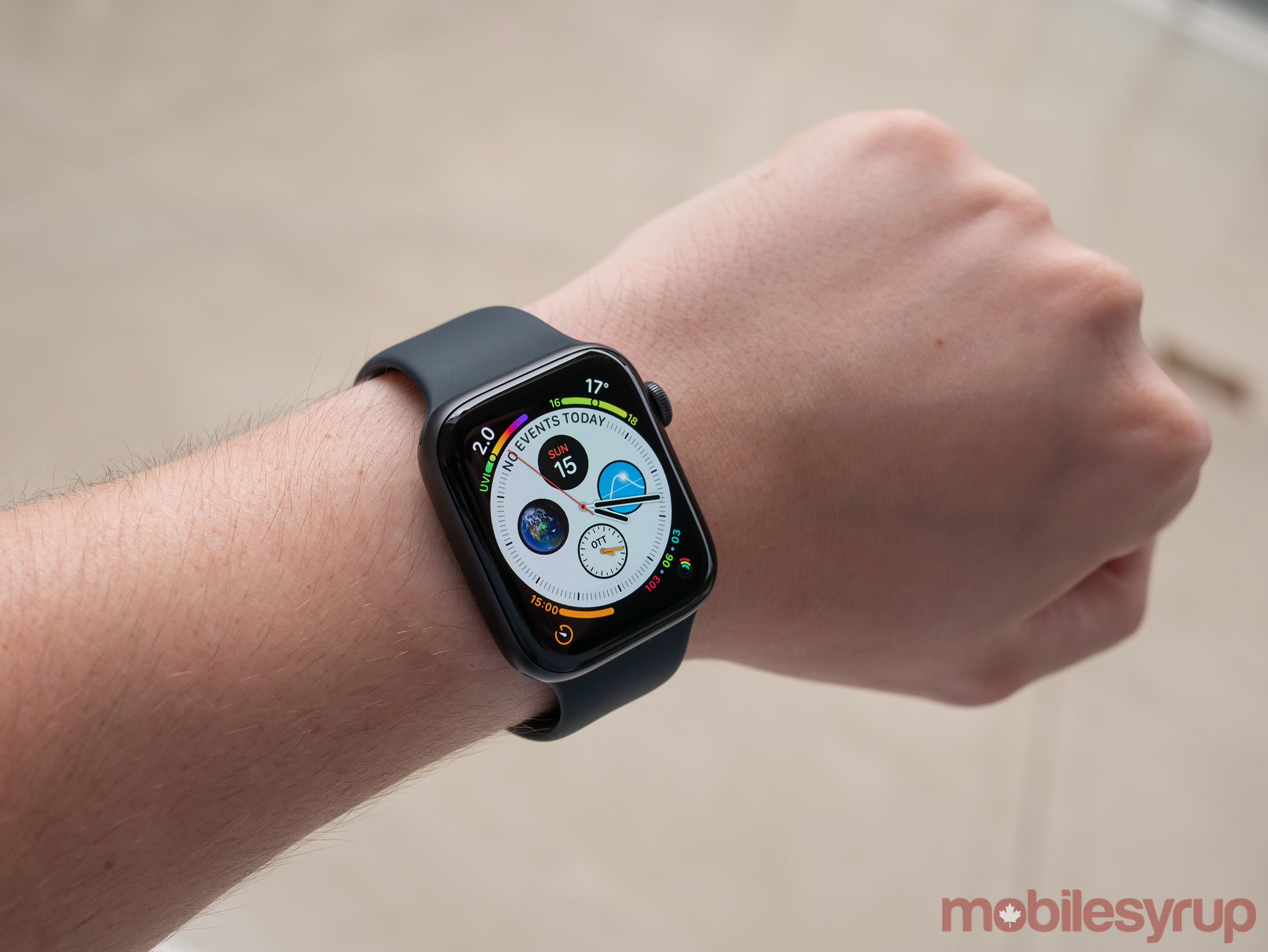 Back when the first Apple Watch was revealed in 2015, Apple marketed the wearable’s ‘raise to wake’ functionality as a key feature. It saved battery life and made the Apple Watch less intrusive, according to Apple’s claims at the time.

For me, raise to wake has always been frustrating. Lifting my arm to wake the watch often didn’t work, though the gesture became more reliable with the subsequent release of each Apple Watch. I also experienced situations where I wanted to view notifications on the watch more casually.

For example, if I was expecting an important email but out to dinner with someone, it always felt rude to raise my wrist to view the notification on my Apple Watch. Now with Series 5, I can just glance down at my wrist and quickly view the information I need, without pulling myself completely out of the conversation or what I’m doing at the time. 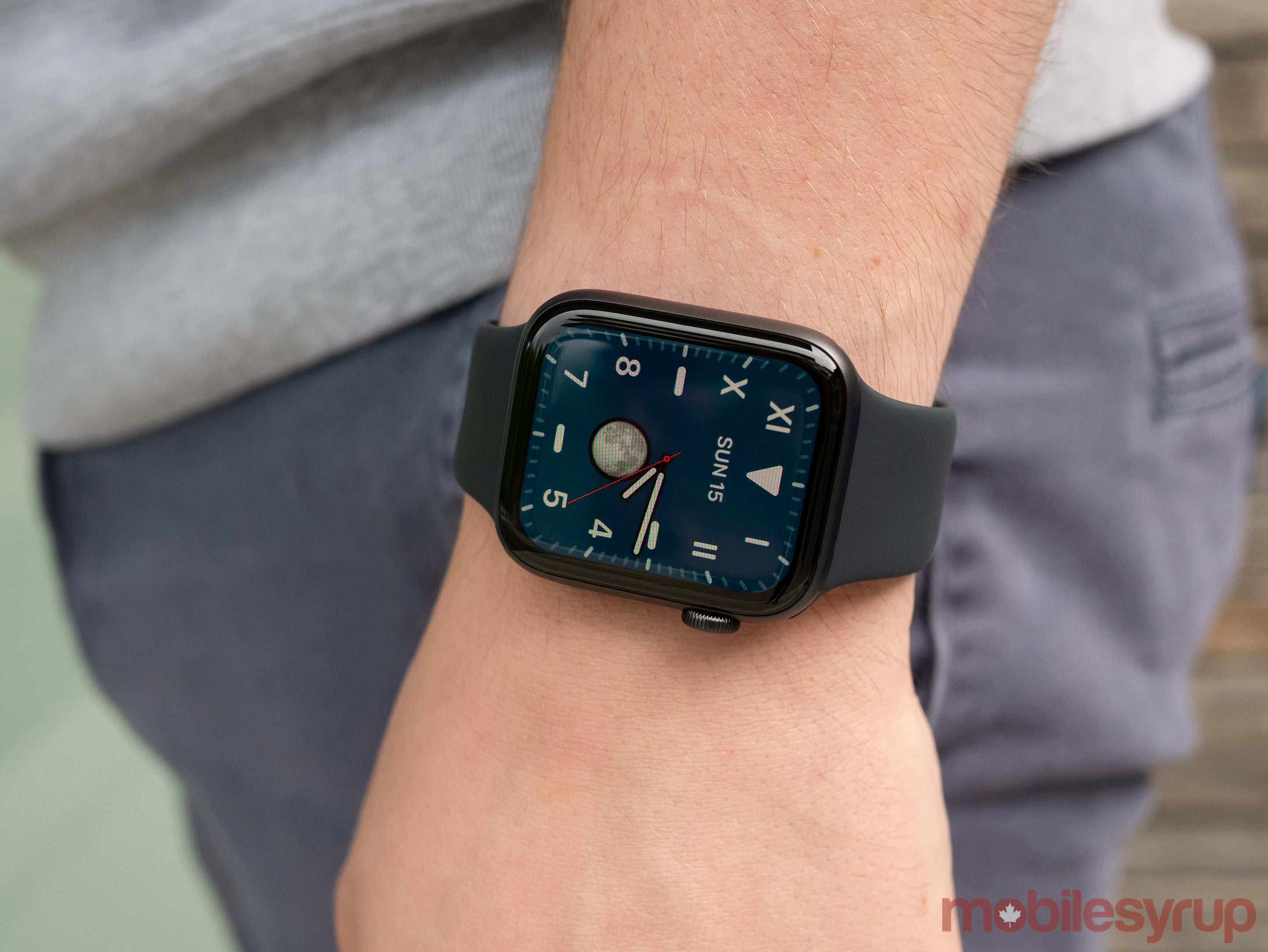 There are several other instances where the always-on display is useful. If you’re using the Apple Watch Series 5 while swimming laps, you can now view the wearable’s display underwater. You can even glance at the display during a workout to track your progress. In many ways the Series 5 makes the Apple Watch feel more like a traditional watch that’s always visible and available on your wrist.

For me, the new low-temperature, polysilicon, oxide display (LTPO) display included in the Series 5 is a killer feature that makes the wearable a near must-buy for any Apple Watch user.

Complications are always visible, but the display dims slightly when your wrist is down. As soon as you raise your arm or wrist the display returns to full brightness. All of the Apple Watch’s Faces also shift slightly to conserve battery life. For example, the ‘California’ Watch Face goes completely black when in idle mode, but when you raise your wrist colour returns to the clock in the centre (in my case, blue).

The LTPO screen uses very little power thanks to its new display driver and efficient integrated circuit, according to Apple. The screen is able to dynamically adjust the Series 5’s display refresh rate from 60Hz when the screen is awake, down to 1Hz when it’s in idle mode, which helps save battery life. The company also says the Series 5 still features the same battery life as the Series 4, coming in at roughly 18-hours.

In my experience, Apple’s estimated battery life is surprisingly accurate. By 11pm the Series 5 I’ve been using for the past week was typically down to 15 to 20 percent, nearly identical to the battery life I experienced with the Series 4. This is an impressive technical feat on Apple’s part and leagues ahead of similar smartwatches that feature an always-on display. 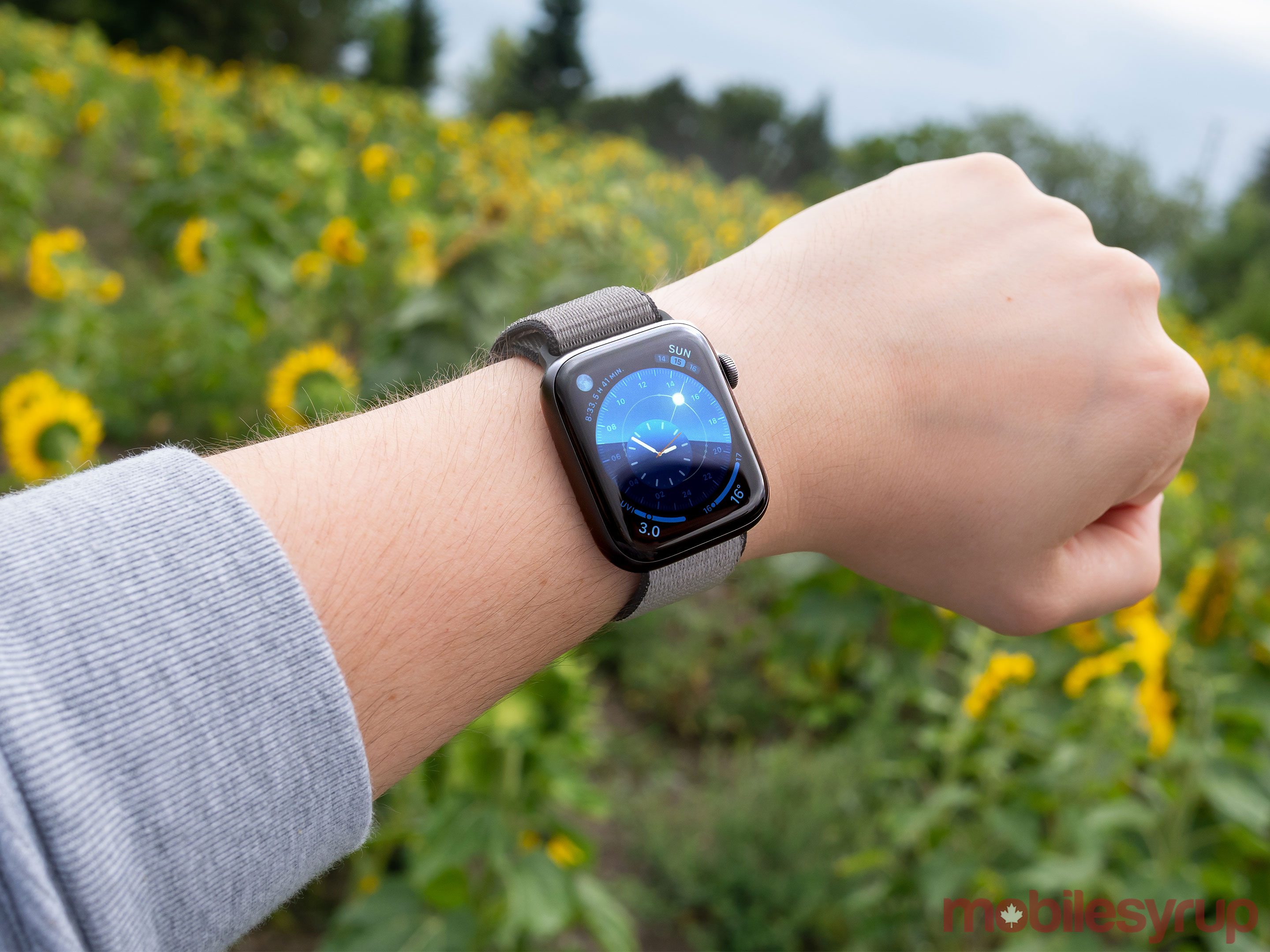 Beyond the always-on screen, there are also a few new niche features included in the Series 5. For instance, emergency calling has been expanded to work with more cellular bands. The cellular Series 5 is now compatible with over 150 countries even when not connected to a smartphone thanks to the additional band support powered by Apple’s new S5 system-on-chip.

Other safety features first introduced with the Series 4 like ‘Fall Detection,’ ‘Emergency SOS’ and of course ‘EKG ‘– which recently launched in Canada — also return with the Series 5.

Apple, interestingly, has also added a compass to the Series 5. The app indicates the wearer’s incline, elevation, latitude and longitude. It’s worth noting the Compass can be added as a Complication to specific Watch Faces and works with the Series 5’s Maps app to indicate what direction you’re facing. 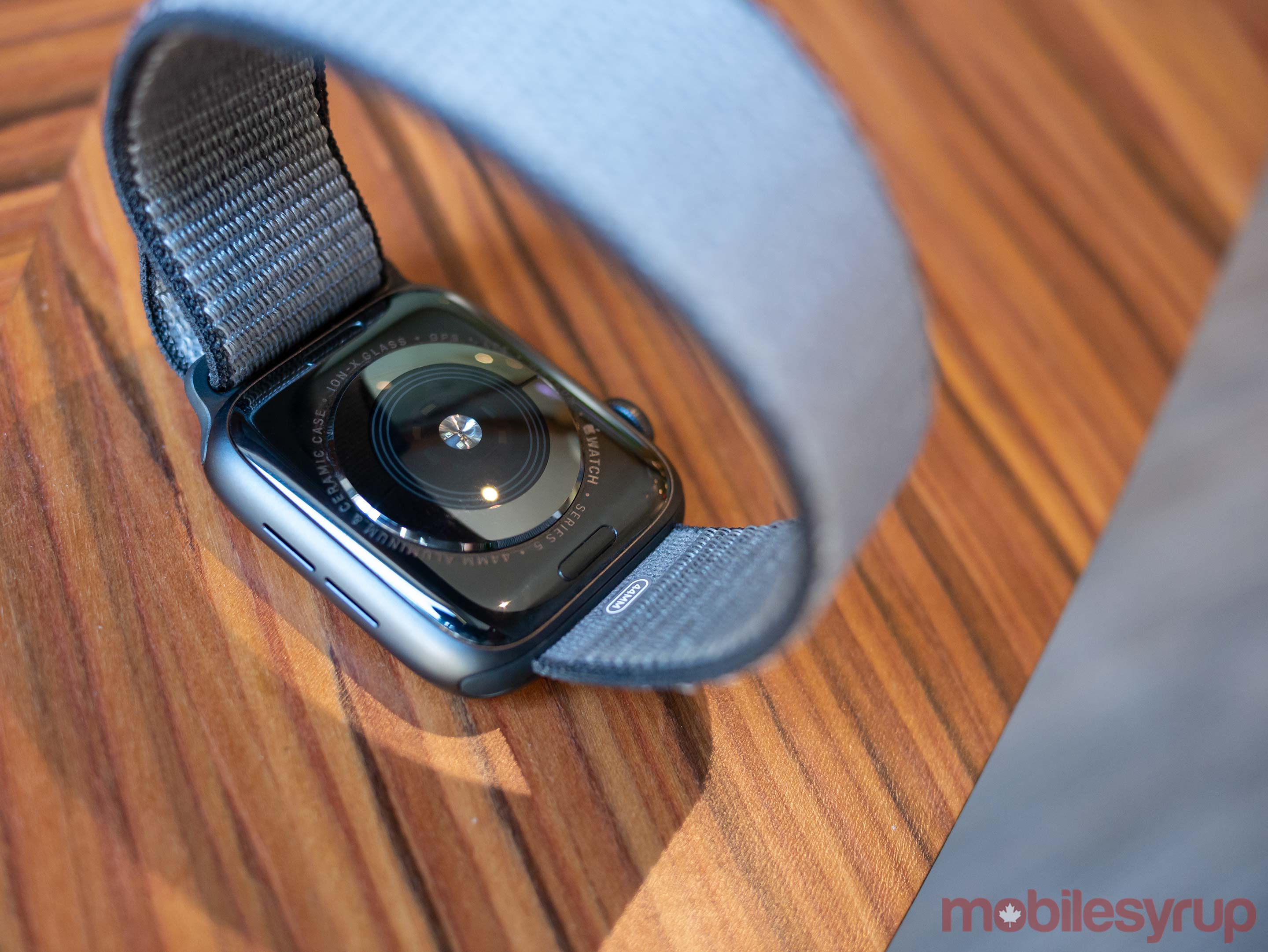 Further, elevation data is utilized during workouts, which is particularly useful when hiking, running or riding a bike.

Then there’s the Apple Watch Studio, the tech giant’s new method of purchasing an Apple Watch that allows buyers to select a specific band and finish, whether it’s space black stainless steel or one of the new titanium or very expensive ceramic finishes.

Finally, it’s worth noting that similar to past Apple Watches, all current and past bands are compatible with the Series 5. 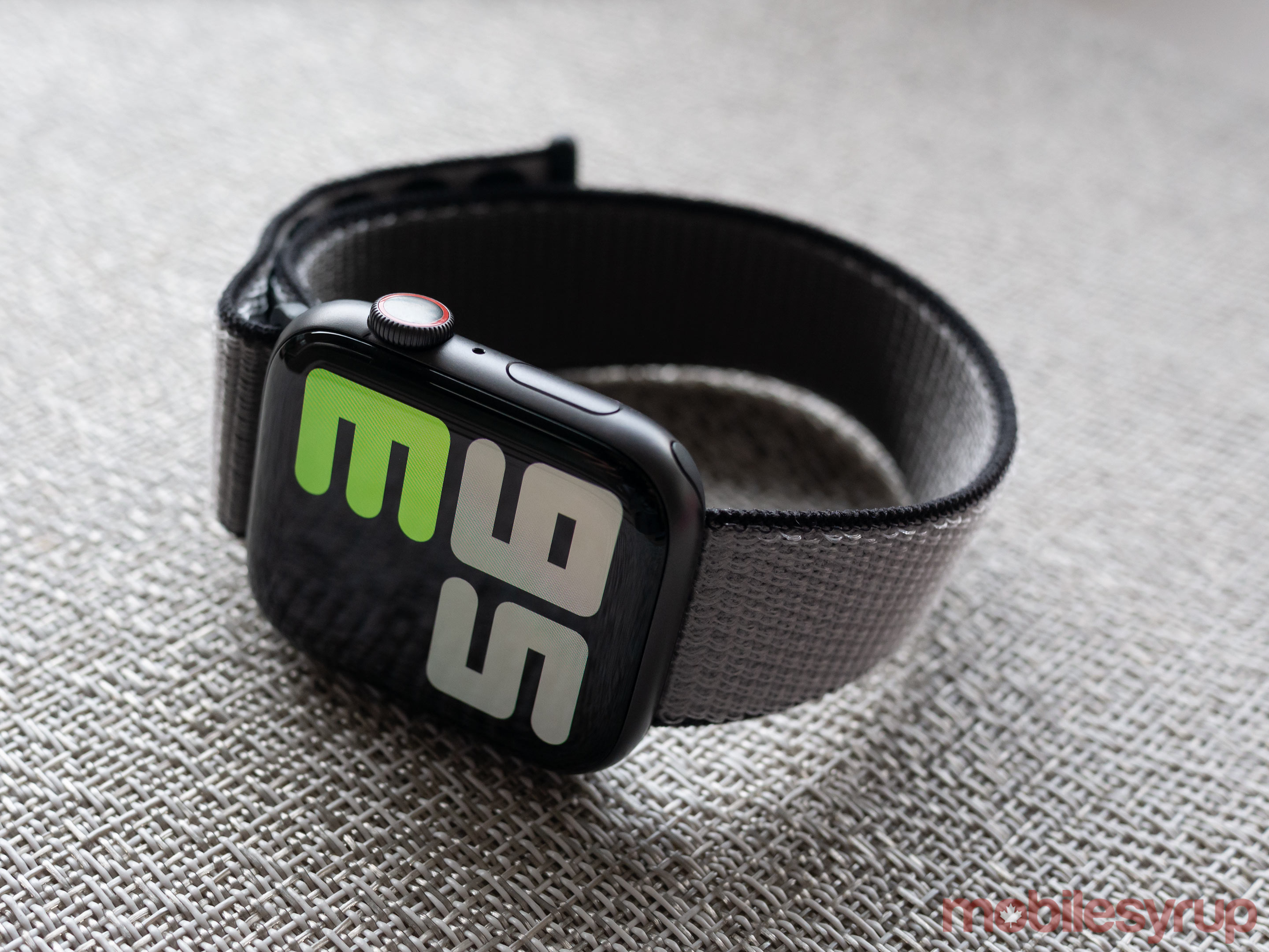 Most of the Series 5’s new features are also coming to other versions of the Apple Watch thanks to watchOS 6. For example, ‘Cycle Tracking’ is now an official feature, along with a new ‘Hearing Health’ app that monitors the sound around you. This time around Siri gets full access to the internet with the ability to display web page results directly on your wrist.

Other new watchOS 6 features include an on-watch App Store. While I still haven’t found that I’ve used the Apple Watch for more than just activity tracking and notification triage, that might not be the case for other Apple Watch users thanks to the addition of the new, more convienent App Store.

Overall, similar to the Series 5, watchOS 6 is a worthwhile, but still relatively minor upgrade to Apple’s wearable operating system. 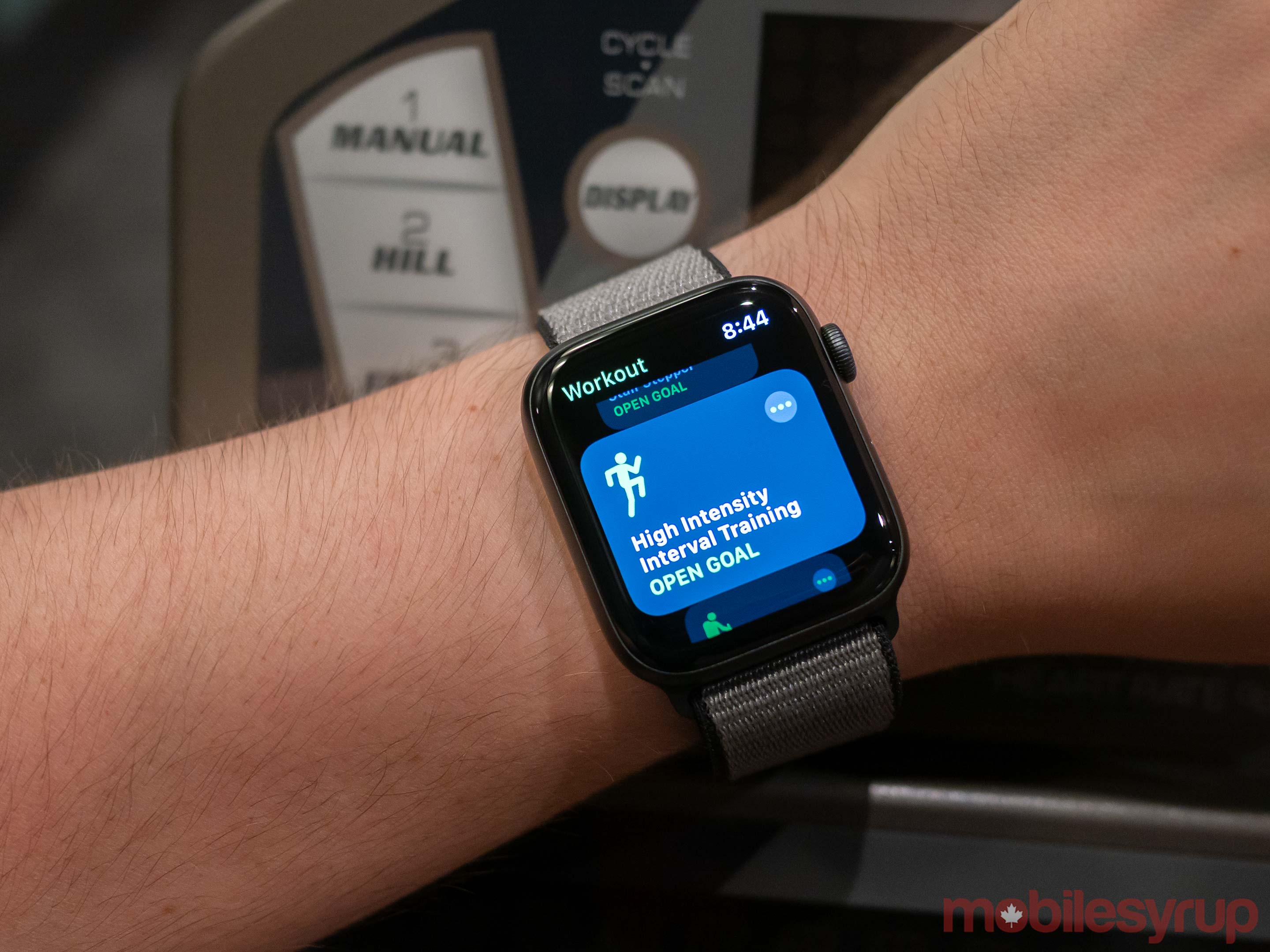 It's the Series 4 with an always-on display

I'm of two minds about the Apple Watch Series 5. I like the new always-on display but the feature is the only significant addition when compared to the Series 4.

For me, the always-on LTPO display is enough to warrant a purchase. For others, that might not be enough. It depends on how you actually use the Apple Watch. If, like me, it's a companion device that helps you manage notifications and tell the time, the always-on display will feel like it solves an issue the Apple Watch has suffered from since its launch.

On the other hand, if you use the Watch for activity tracking, or as a smartphone replacement under certain circumstances, the always-on display might not be worth the admittedly expensive Series 5's price tag.

"For me, the always-on LTPO display is enough to warrant a purchase"