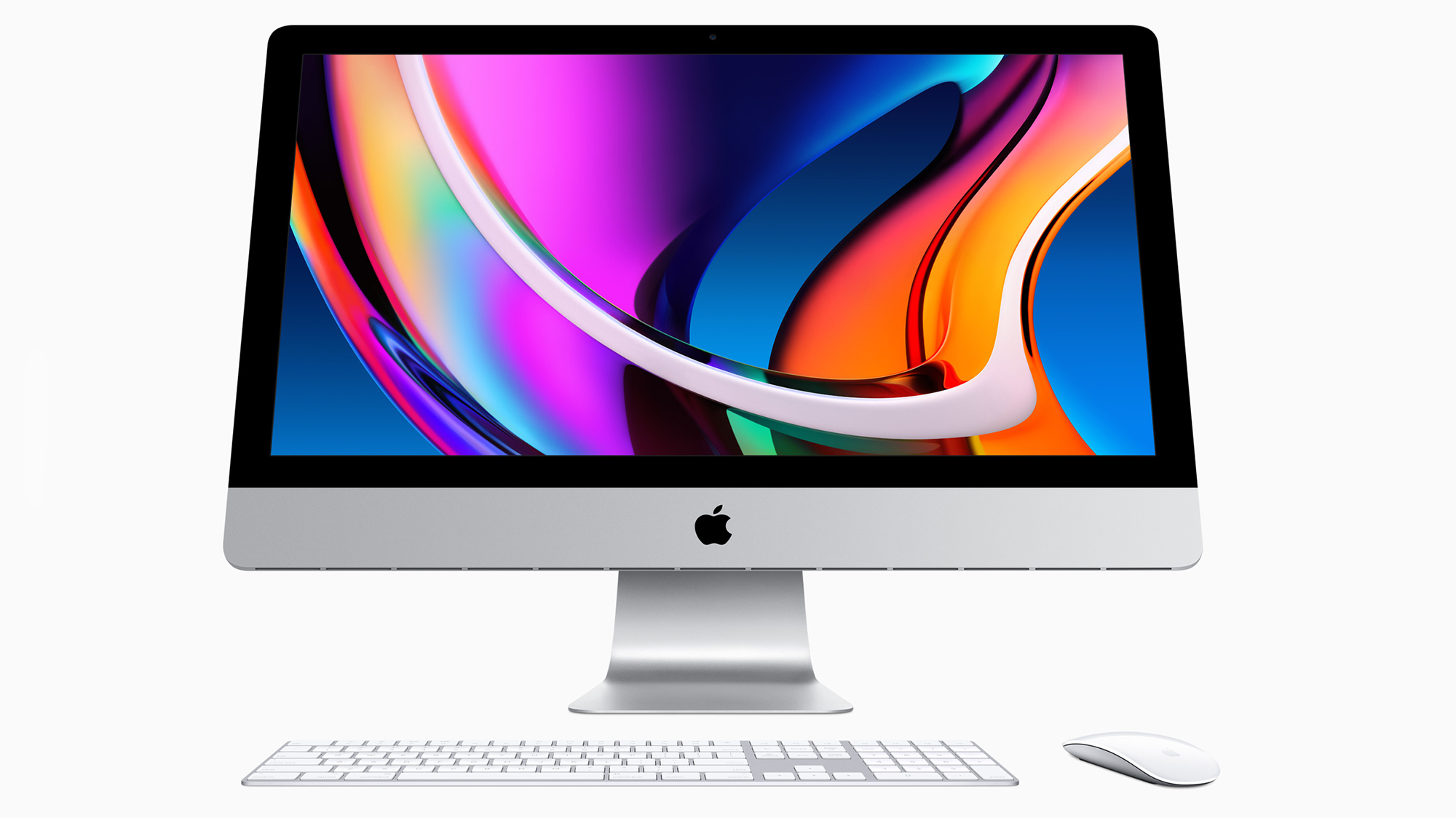 Apple has refreshed the internal hardware featured in its 27-inch iMac.

All of these improved features work with any video conferencing app and not just FaceTime, according to Apple. That said, face detection can’t be used to unlock the iMac because it still doesn’t feature Face ID, and there still isn’t a fingerprint scanner like with Apple’s MacBook line. However, the company says that the Apple Watch can be used to log into the computer automatically.

While a relatively minor webcam upgrade, given the ongoing COVID-19 pandemic has resulted in many people working from home, it makes sense for Apple to be increasing the resolution of the built-in webcam.

The T2 chip also adds other features to the iMac, including “Hey Siri” support and a new audio controller that improves bass and audio fidelity at lower volumes and adds ‘True Tone’ to the display. It’s worth noting that the desktop’s speaker hardware is still the same. The iMac’s microphones have been updated with a new three-mic “studio quality” setup, though.

Other hardware changes include the nano-texture matte display featured in the Pro Display XDR for an additional $625 CAD.

Regarding the processor bump, Intel’s 10th Gen i5 3.1GHz, i5 3.3GHz and 3.8GHz processors are available as options. Graphic configurations include AMD’s Radeon 5300 or 5500XT, with the 5700XT with 16GB VRAM also being available as an upgrade for an additional $625.

The new 27-inch iMac can now be configured to feature up to 128GB of DDR4 RAM instead of just 64GB. Apple is also switching to SSDs from its Fusion Drives, though if you’re looking for a sizable amount of storage, be prepared to shell out a lot of money — for example, the 2TB update adds an additional $750 to the cost. Storage also tops out at 8TB with the new 27-inch iMac.

Finally, other upgrades include 10-gigabit Ethernet and an SD card reader that supports UHS-II speeds. It’s also worth noting that Apple is updating the iMac Pro’s processor to a 10-core Intel Xeon chip.

While all of the above updates relate to the 27-inch iMac, Apple is also adding the ability to configure the 21.5-inch iMac with a 1 TB Fusion Drive. However, it’s unclear how much of the Fusion Drive is SSD and how much is an old-school HDD.

However, this isn’t the ARM-based iMac refresh many people have likely been hoping for. Both the 27-inch and 21.5-inch iMac look identical to their predecessors and include the same sizable, dated bezels that run around the screen and metal chin located at the bottom of the display.

While Apple confirmed plans to eventually switch to its own ARM processors across its entire Mac line, the tech giant also stated that it has plans to continue releasing Intel-based Macs.

Canadian Pricing for the new 27-inch iMac remains the same as before and can be found below:

Apple’s iMac Pro is now available in Canada starting at $6,299