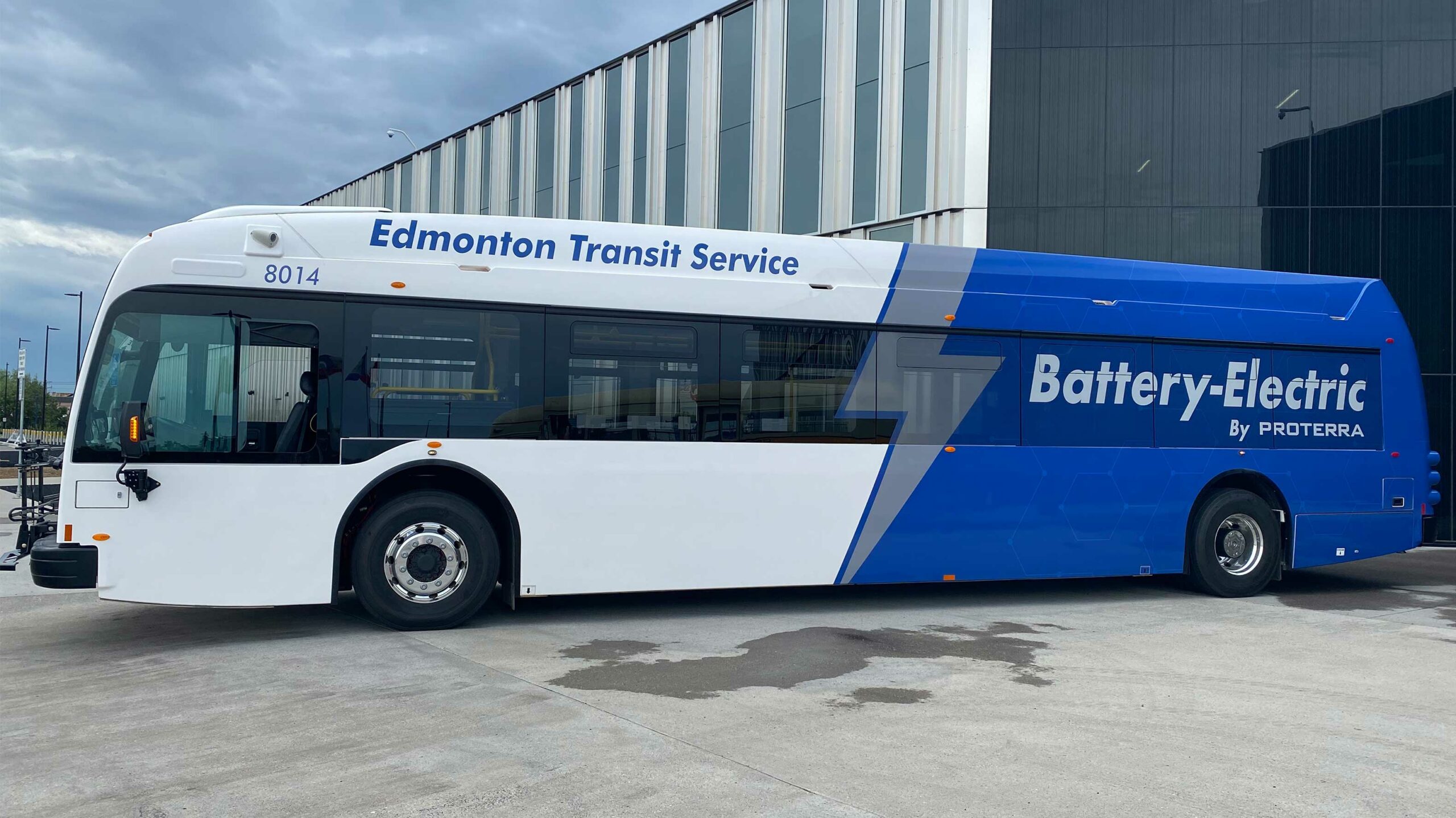 The Edmonton Transit Service has announced that it’s adding 40 electric buses to its fleet.

The buses are coming in two waves. The first 21 have arrived in Edmonton and should be on the roads in early August.

The other 19 EVs are slated to arrive before the end of 2020, claims Electric Autonomy Canada.

The buses are being manufactured by Proterra, which is a brand that’s also being tested in Toronto. Each model is a Proterra Catalyst E2 Max, which is a 40-foot conventional bus with a 660 kWh battery. This allows for the vehicles to have roughly 350 km of range.

We are excited to give the Mayor and the media a sneak peek of the first electric buses that go into service in early August. These buses come with protective Operator shields, are less expensive to service/maintain than diesel & contribute to a greener #yeg. #yegtransit pic.twitter.com/yk2T4IqmjS

Edmonton Transit already maintains a fleet of a little over 1,000 regular buses, so this step towards EVs is a solid move that will lower the agency’s carbon footprint and emissions.

Another huge plus about these Proterra buses is that they’re using overhead charging tech, which allows drivers to simply park their busses at the depot and easily charge without having to get out and plug-in. It’s all as easy as the flip of a switch, according to Electric Autonomy Canada.

There is no mention as to what charger output the transit agency is using and how many chargers it purchased, but MobileSyrup has reached out for clarification.

When we first reported on Edmonton planning to buy the buses in 2018, all three levels of government were working together to raise $43 million CAD.

The city, province and country announced the funding in April of 2018, so it’s taken over two years for the buses to hit the streets in Edmonton. While it’s always good news to see more electric buses, if the city wants to really put a dent in its emissions it will likely need to speed up and acquire a lot more buses by 2030.