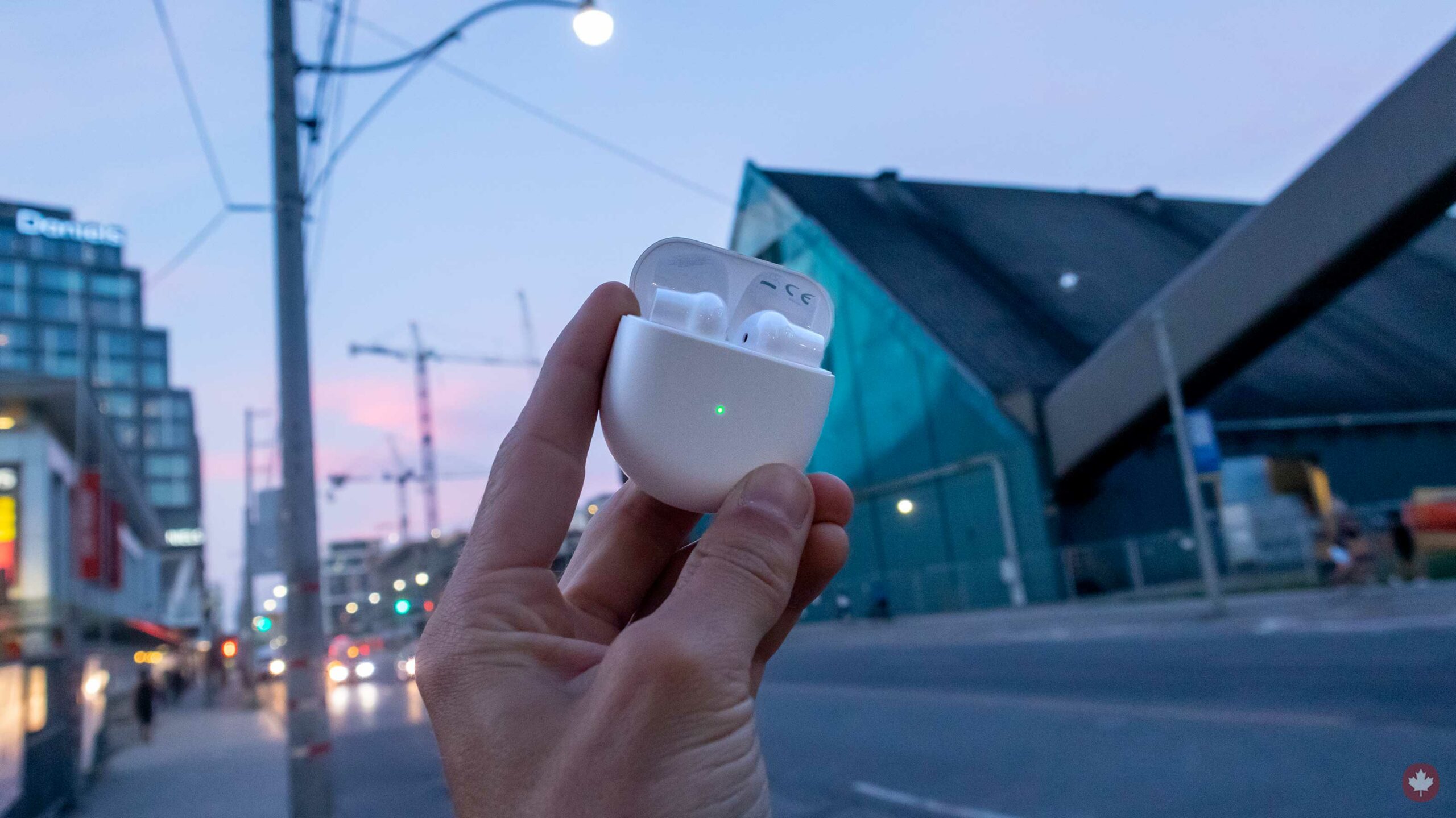 If you want a pair of earbuds that justify their price tag, then the OnePlus Buds are for you. I’ve been testing out these tiny earbuds for a bit over a week, and they’re very quickly becoming one of my favourite pairs.

Right off the top, the Buds make me happy because they only cost $109 CAD in Canada, which for earbuds, is near the top of my price range. Compared to other pairs like AirPods or Samsung’s Galaxy Buds+, they’re a steal.

The trend of jamming tons of features into earbuds has always been crazy to me (I’m looking at you Pixel Buds and Surface Earbuds). Sure, extra functionality is excellent, but for the average person, spending over $200 on a pair of earbuds may not be worth the cost, especially after using the OnePlus Buds.

These earbuds prove that focusing on the two most important aspects of wireless earbuds — battery and sound — is all you need to do. While the earbuds fall short in a few areas, they aren’t making me dig into my savings, so I’m more willing to forgive their few shortcomings.

Earbuds for the people 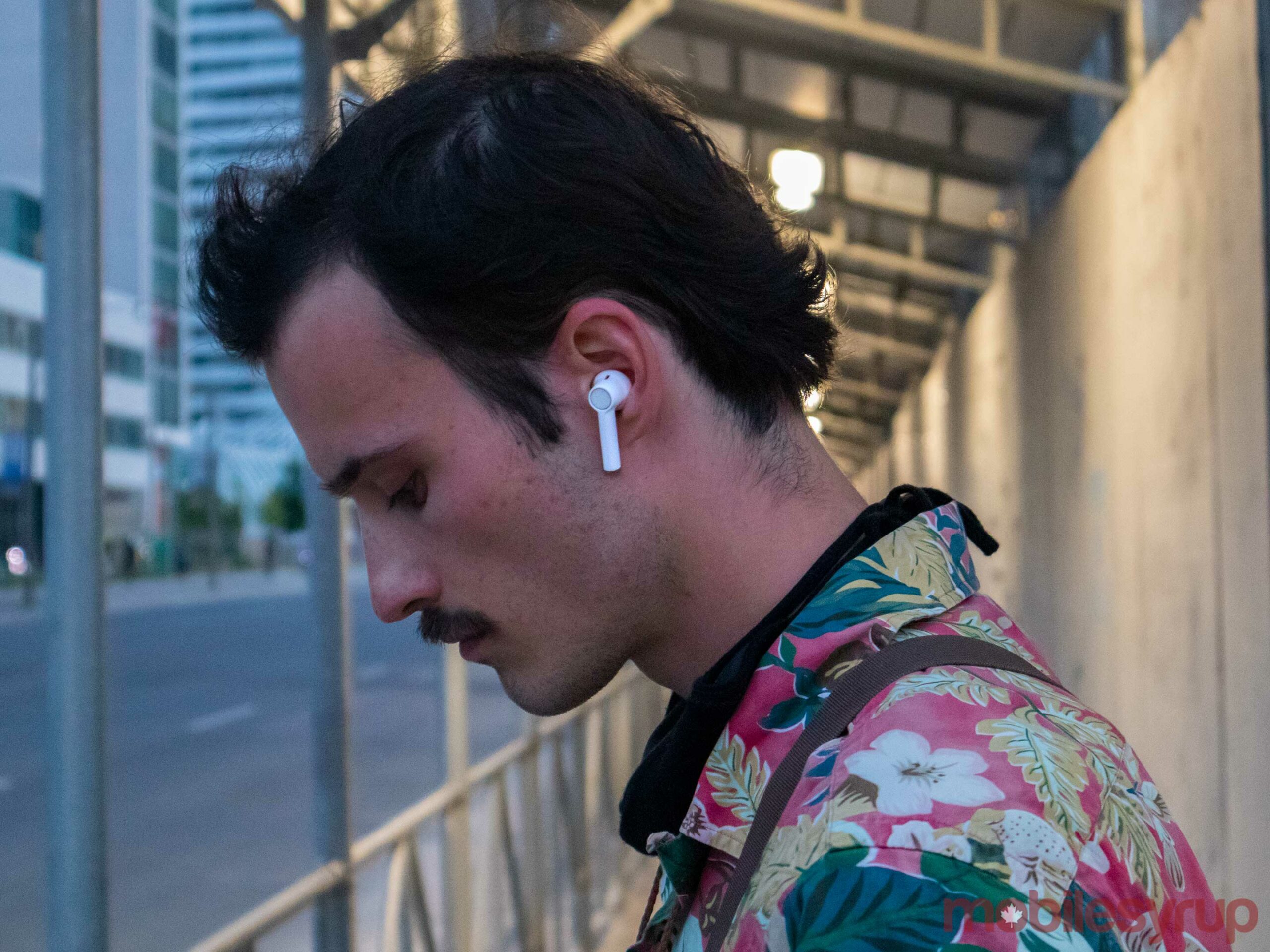 When you first get the earbuds, you’ll need to connect them to your phone. Unlike many cheap sets that pair to your smartphone via each earbud, which can lead to connecting to only one earphone often like the SkullCandy set I reviewed a month ago, the Oneplus Buds are surprisingly more versatile since they connect through their charging case.

You can still listen with one ear as well similar to other higher-end wireless earbuds. You need to take out an earphone which automatically pauses your music, and then just replay the music without putting the other earbud back in your ear. When you do decide to double up again, just put the bud back in your ear, and it seamlessly starts playing again.

The auto-pause feature is also quite handy to have, and I wish more earbud makers followed the AirPods’ and Pixel Buds’ lead and incorporated it. The OnePlus Buds pause whenever you take out one or both of the earbuds and then begin replaying when you put them back in.

In the sound department, each earphone has a 13.4mm dynamic driver, which to me, emits impressive audio. Compared to the higher-end GalaxyBuds+, I think that the OnePlus Buds sound fuller and have a wider soundscape. It’s also worth noting that the review set I have is missing the OnePlus Bass Boost and Dolby Atmos support, which OnePlus says “produces cleaner vocals, deeper bass and richer tones for a breathtaking stereo soundstage.” This update is releasing after launch and should, at least on paper, make the Buds sound even better. However, without the extra features, the headphones still offer impressive bass and equal sound quality across all of the EQs.

The OnePlus Buds’ best feature is their phenomenal battery life. With the included exceptionally small charging case, you get a total of 30-hours. Without the case, each earphone should last for around seven hours. I’ve been using the OnePlus Buds for over a week and both earbuds are still at 100 percent while the case is down to 70 percent. You can also use OnePlus’ ‘Warp Charge’ tech to charge, which can provide 10 hours of battery life after a quick 10-minute charge.

Finally, they’re also IPX4 rated, which should make them sweat proof so you can feel comfortable enough working out with them or wearing them on misty days. 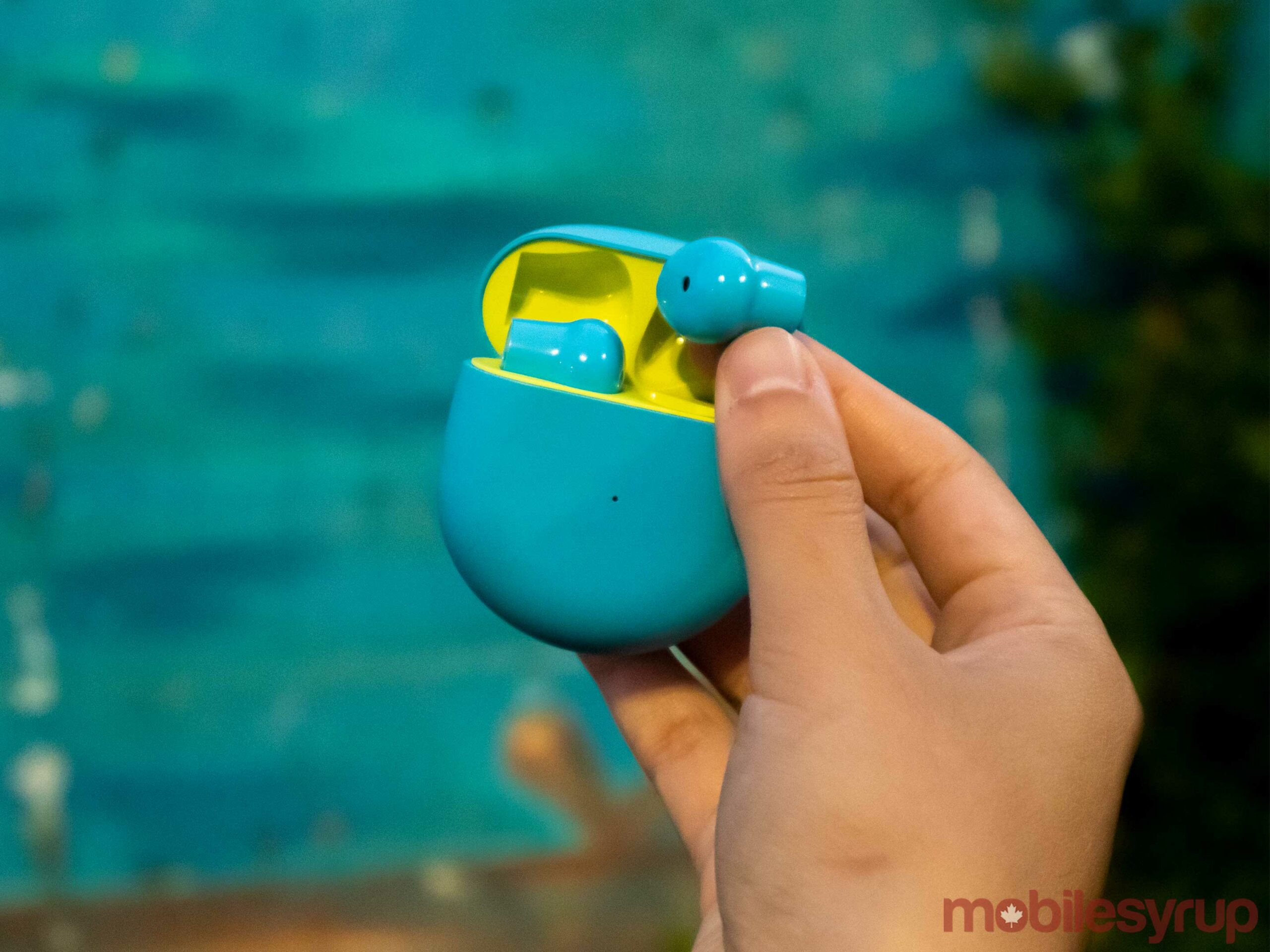 There are a lot of good things packed into the OnePlus Buds, but these earbuds don’t come without some minor annoyances.

The first one is specific to me and something I encountered with the Wireless Bullet earbuds as well. The earbuds are a tad bit too large for my ears. This isn’t the end of the world, but after wearing them for a few hours, they start to get a bit uncomfortable. With a bit of shifting, I can always get them back to being comfortable enough, but if you want to wear these all day long every day, it’s something to consider. The design is the same as Apple’s basic AirPods, but slightly larger.

The other glitch that keeps happening is that because they don’t fit my ears perfectly, the right earbud will shift a bit when I’m wearing them. This sounds harmless enough, but sometimes the earbuds will think I took the right bud out and pause the music. About 85 percent of the time, if I just readjust the bud, the music will start playing again, but sometimes I need to hit play on my phone to restart the music.

I also found the microphone for calls quite low quality, so if you need to make a lot of important calls with your earbuds, then maybe look elsewhere. 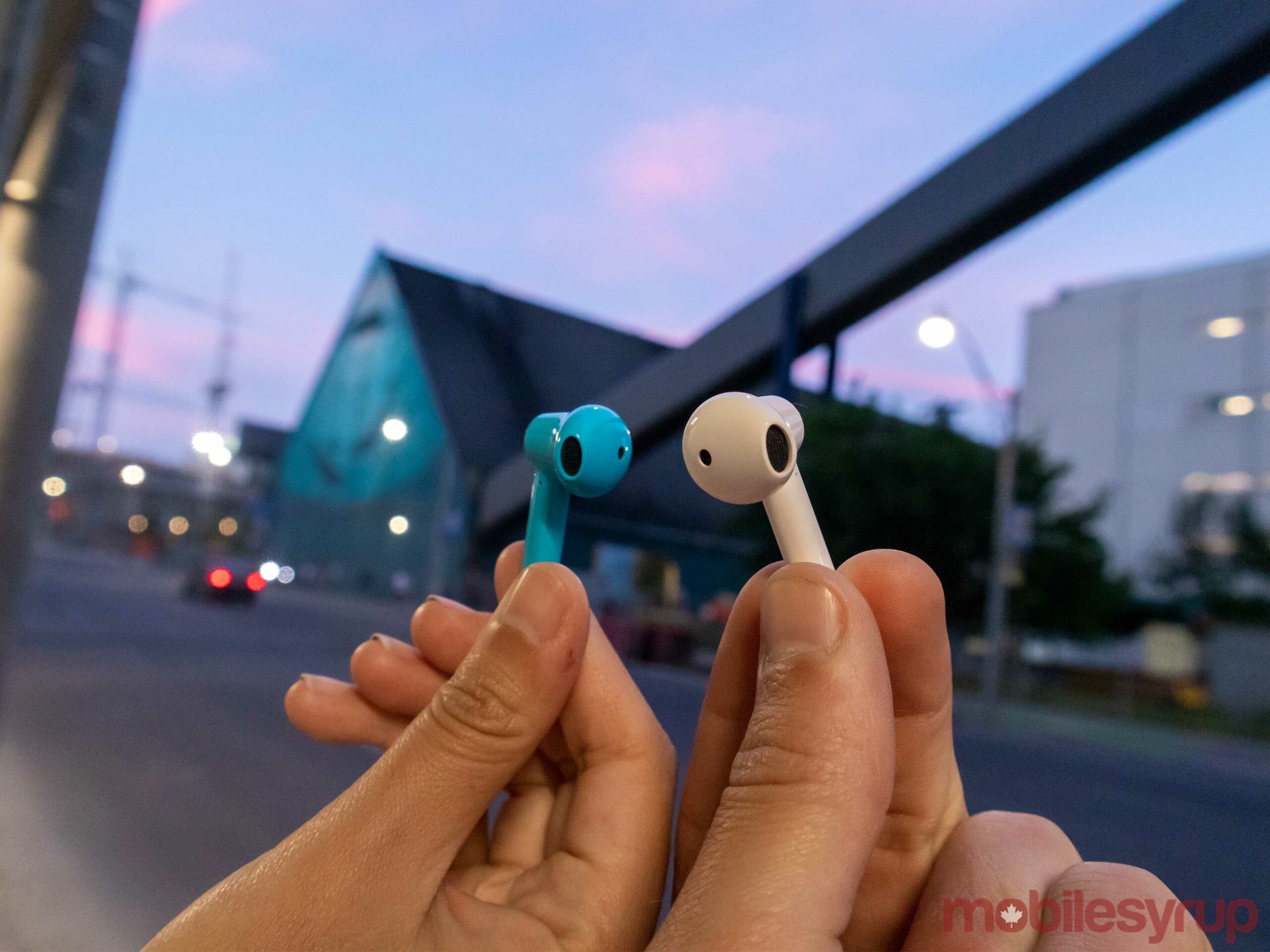 Are these your next ear…buds?

When it comes down to it, I don't think you can go wrong with the OnePlus Buds. They sound great, and you can feel confident picking them up off your desk whenever because the battery life is phenomenal.

Even with small ears, I don't find the fit that annoying, but I'm still unsure how stable they are for most workouts.

Like most earbuds, you can double-tap on the side to skip songs or single press to pause/play. Unlike other earbuds, the gestures can also be reconfigured, but that feature isn't coming out until July 27th, so I'll update this review if it ends up making a huge difference.

Overall I think most of the gimmicky features don't matter here because for $109 CAD you're getting a slick pair of earbuds that will last for days and sound absolutely awesome. In Canada, the buds only come in 'White' and 'Gray,' not the cool 'Nord Blue' colour featured above.

"Overall I think most of the gimmicky features don't matter here because for $109 CAD you're getting a slick pair of earbuds that will last for days and sound absolutely awesome."