Could the new MacBook Air be the laptop for the average person again? 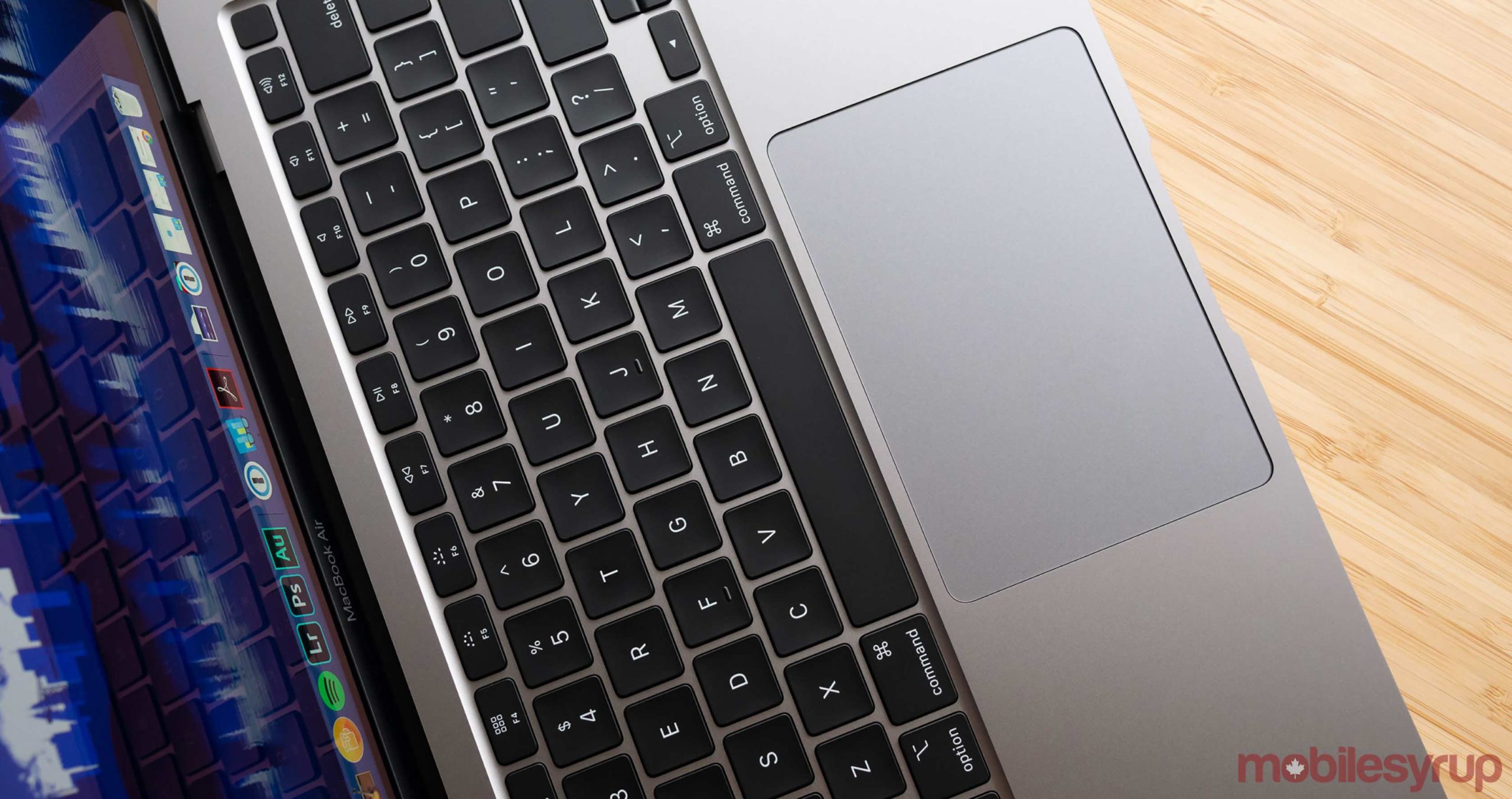 It felt like a decent update to the classic, beloved Air design, as well as the replacement for the now-dead 12-inch MacBook I was waiting for.

Of course, it eventually turned out that Apple’s third effort to redesign the unreliable Butterfly keyboard mechanism didn’t work out like the tech giant hoped, despite the addition of a thin, silicone membrane covering its low-travel key switches. 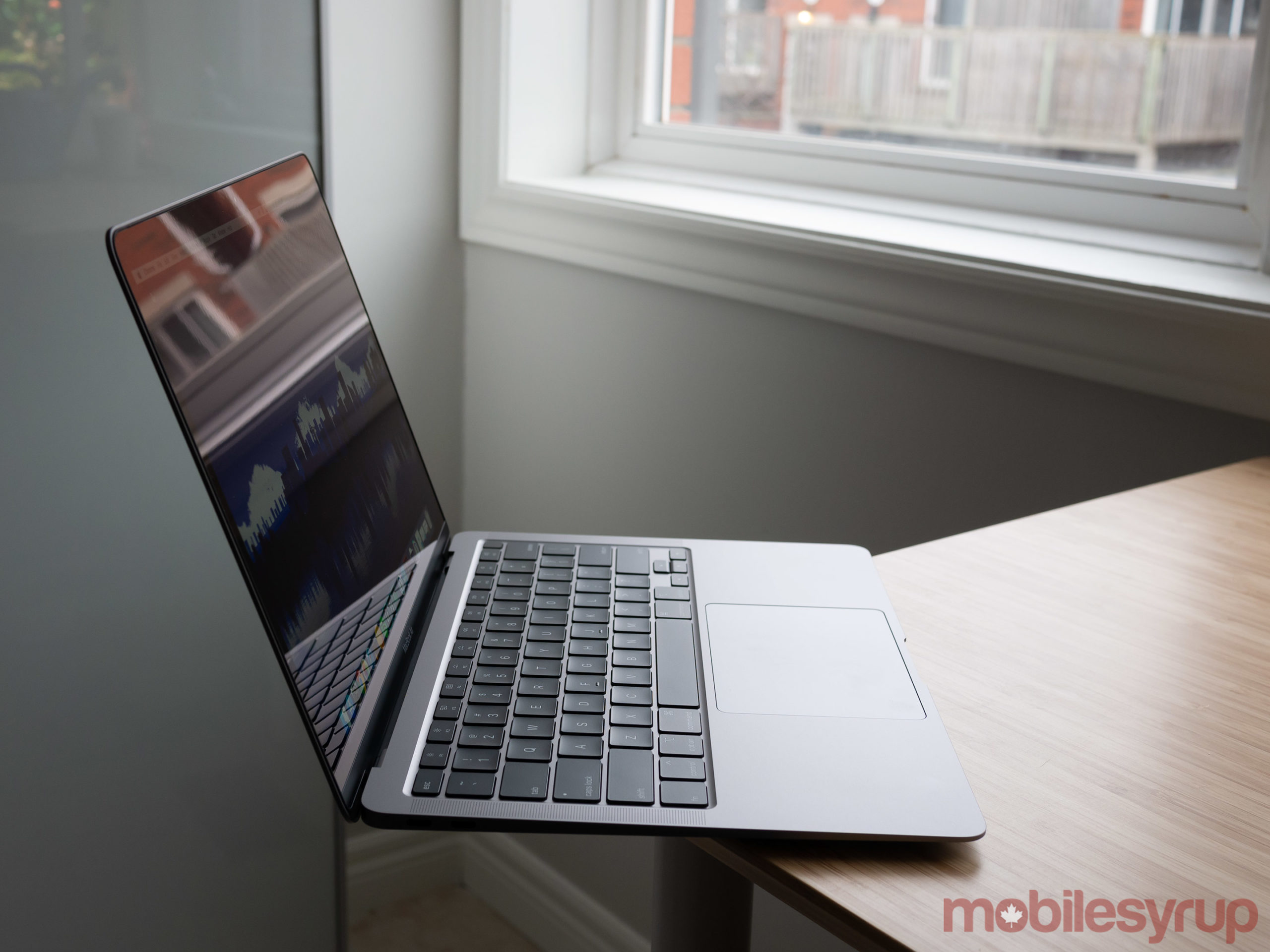 This meant Apple’s entire laptop lineup — which at one point all featured the beleaguered Butterfly mechanism — became very difficult to recommend to anyone.

Thankfully, the new 2020 MacBook Air solves that dire issue and features a much-needed hardware update that could once again make Apple’s lightweight Air one of the best laptops available right now for the average person. 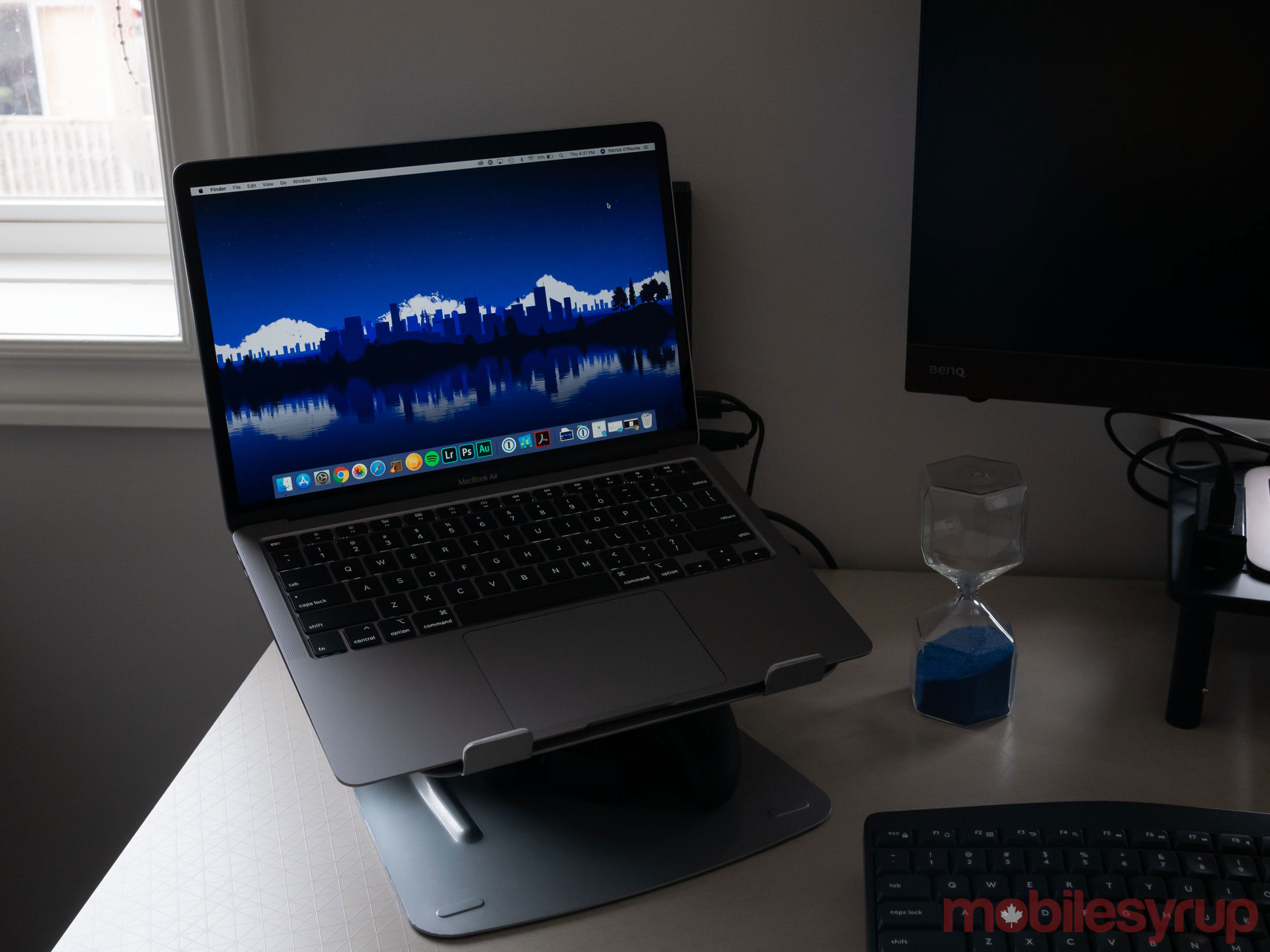 Keep in mind that these are my early impressions of Apple’s new MacBook Air after spending roughly a dozen hours with the laptop.

For context, below are the specs featured in the MacBook Air review unit I’m currently in the process of testing. 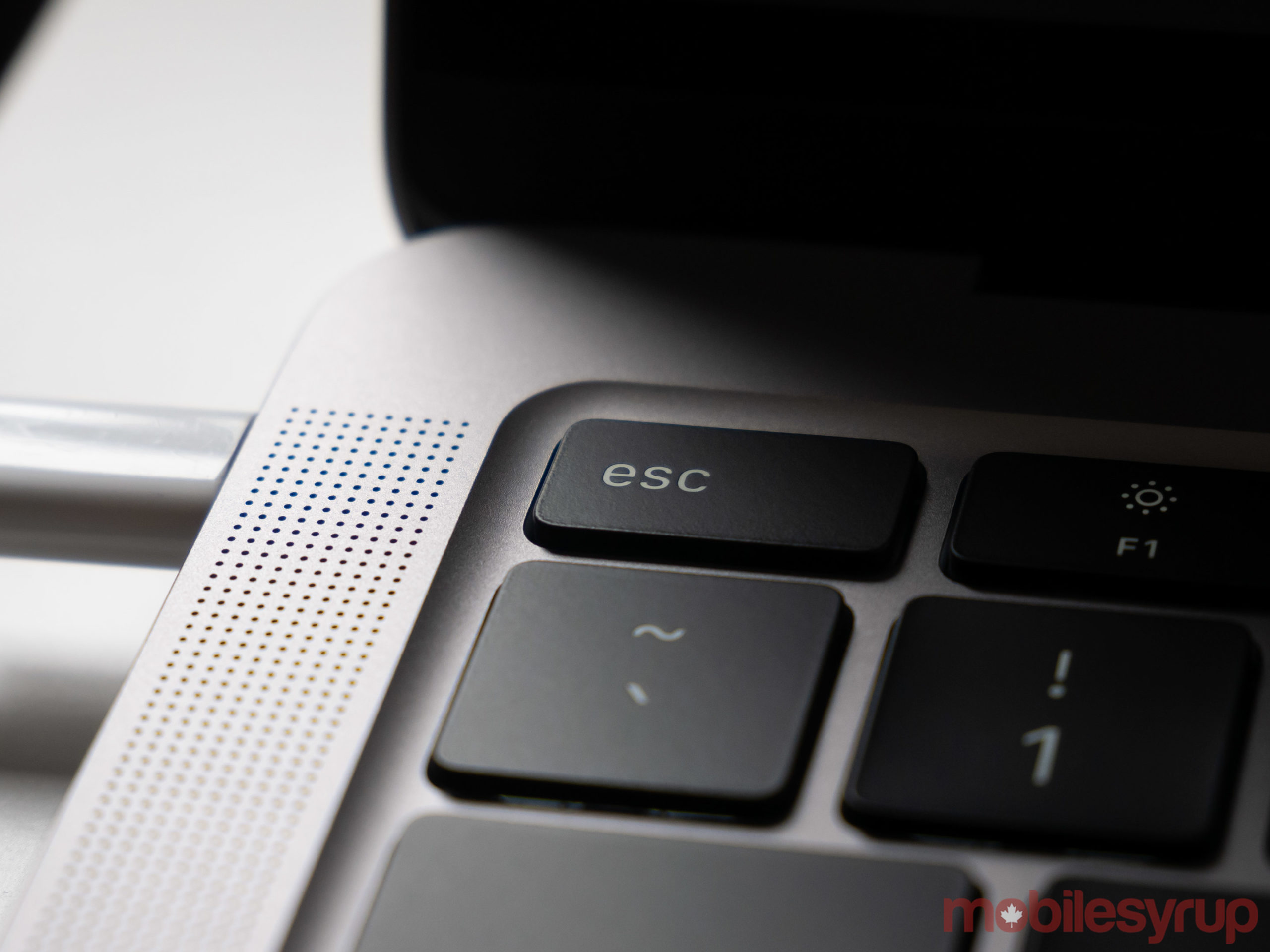 The superb ‘Magic keyboard’ featured in Apple’s 16-inch MacBook Pro has finally made its way to the 2020 iteration of the MacBook Air.

This new keyboard includes a bouncier scissor mechanism that features 1mm of key travel. If you hated the Butterfly switch, you’ll really like this change. I wouldn’t go so far as to say that the Air’s keyboard feels as excellent as the keys featured in Google’s Pixelbook and Pixelbook Go, but it’s a close second. 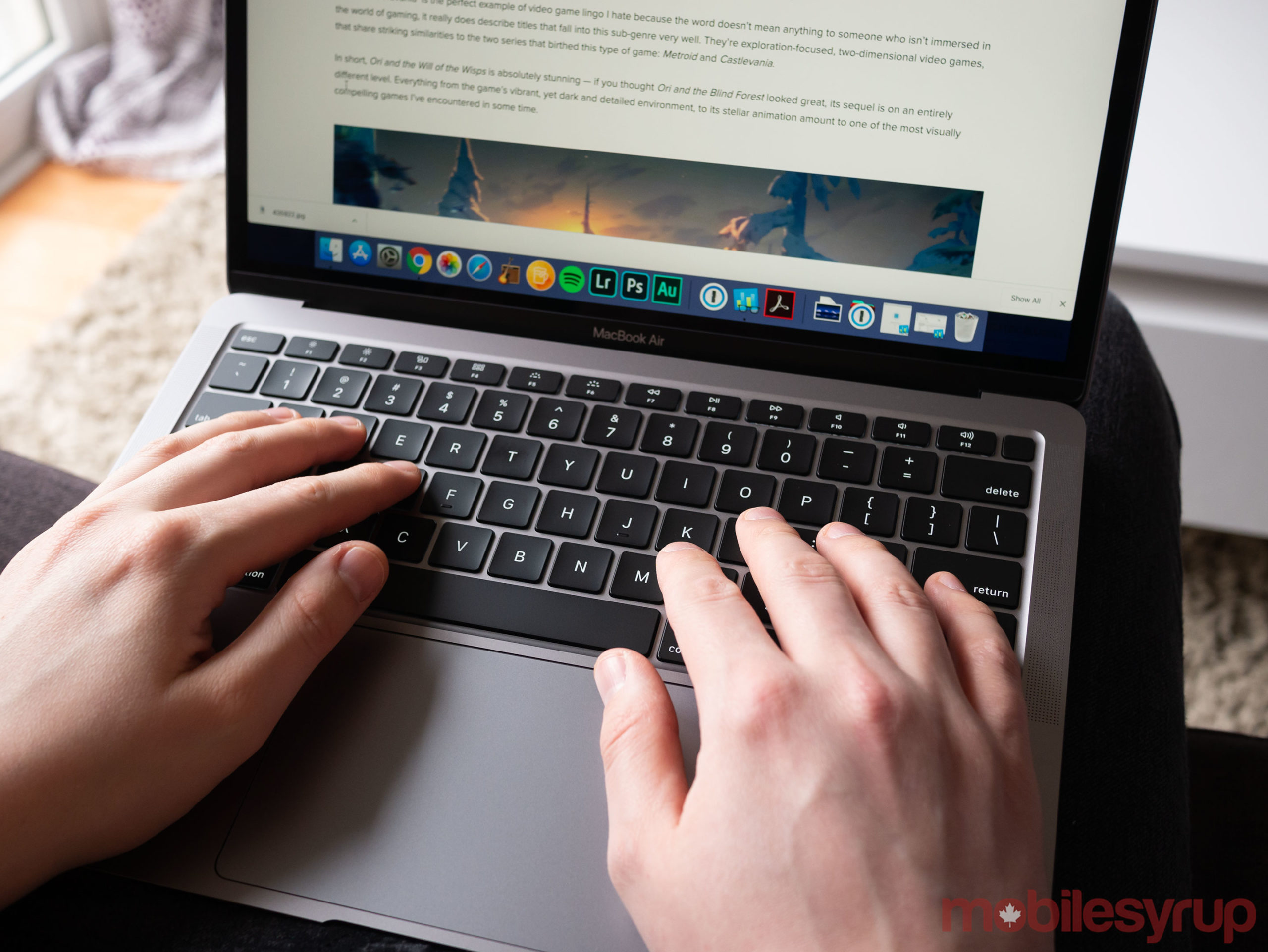 Keys feel responsive and have a satisfying amount of travel thanks to the mechanism’s revamped keycap structure. More importantly, given that the refreshed 16-inch MacBook has been out for a few months now and hasn’t experienced widespread keyboard issues, Apple’s scissor switch mechanism is likely design-flaw free.

Along with the new key switches, the Air’s keyboard also features arrow keys with an inverted-T arrangement and a physical Escape key, two welcome additions to the laptop. 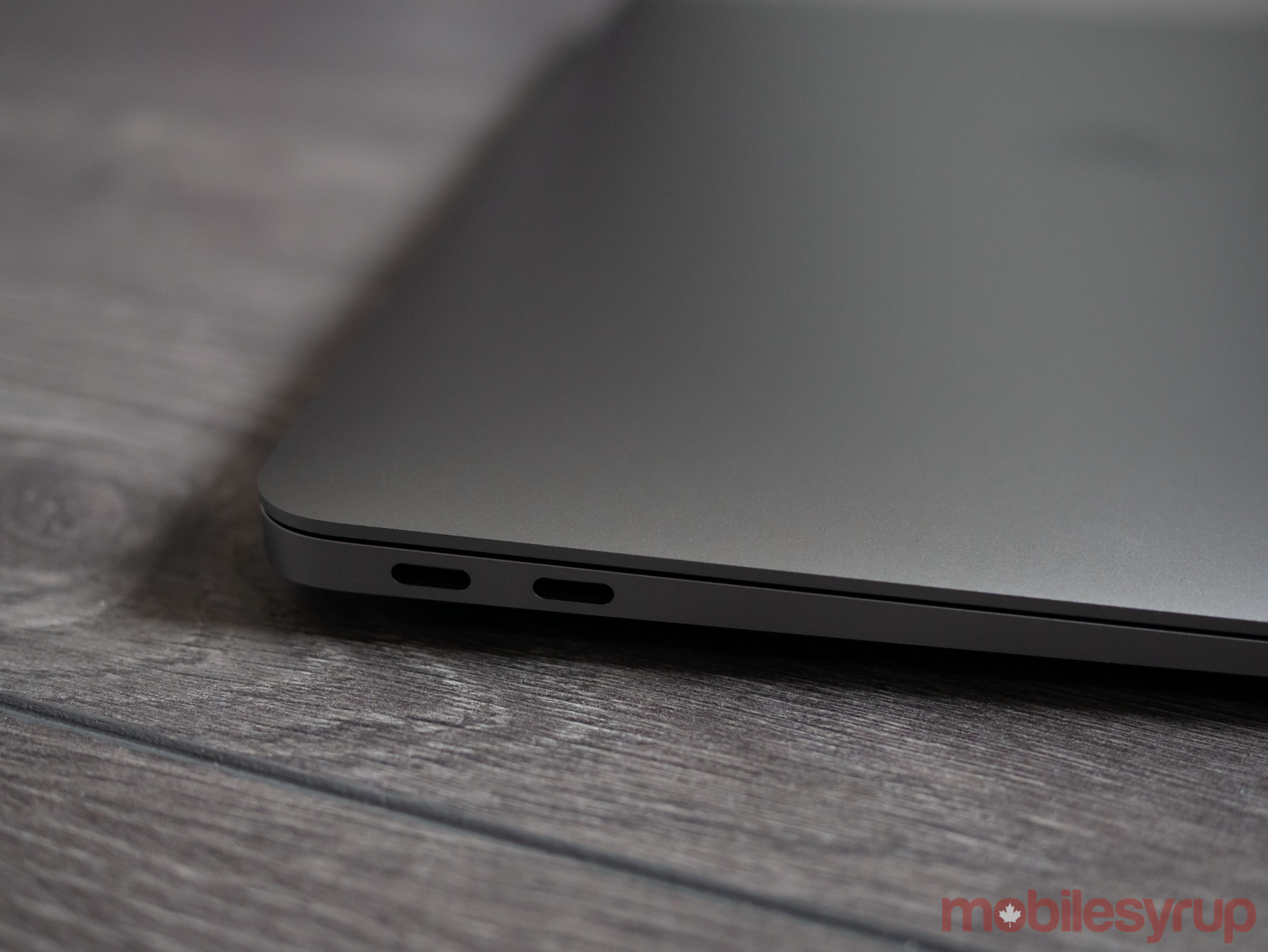 I still wish Apple opted for Intel’s higher-power U-series processor with the new MacBook Air, just like I did with the 2018 version of the laptop.

Given that Microsoft’s competing Surface Laptop 3 features U-Series processors and has for some time now (though that laptop has its own issues), it’s strange that Apple is still opting for the less powerful Y-Series. Of course, this likely has a lot to do with battery life concerns, as well as the fact that it would put the 13-inch MacBook Pro — which is almost certainly going to get a Magic keyboard update shortly — in a strange position in Apple’s laptop lineup.

That said, Intel’s new 10th Gen Y-series processors come in at 9-watts instead of 7-watts thanks to their new 10-nanometer technology. What this means in practice is that regardless of whether you opt for the Intel Core i3, i5 or i7 version of the new chip, it will be roughly two times more powerful than the comparable processor featured in the 2018 Air. 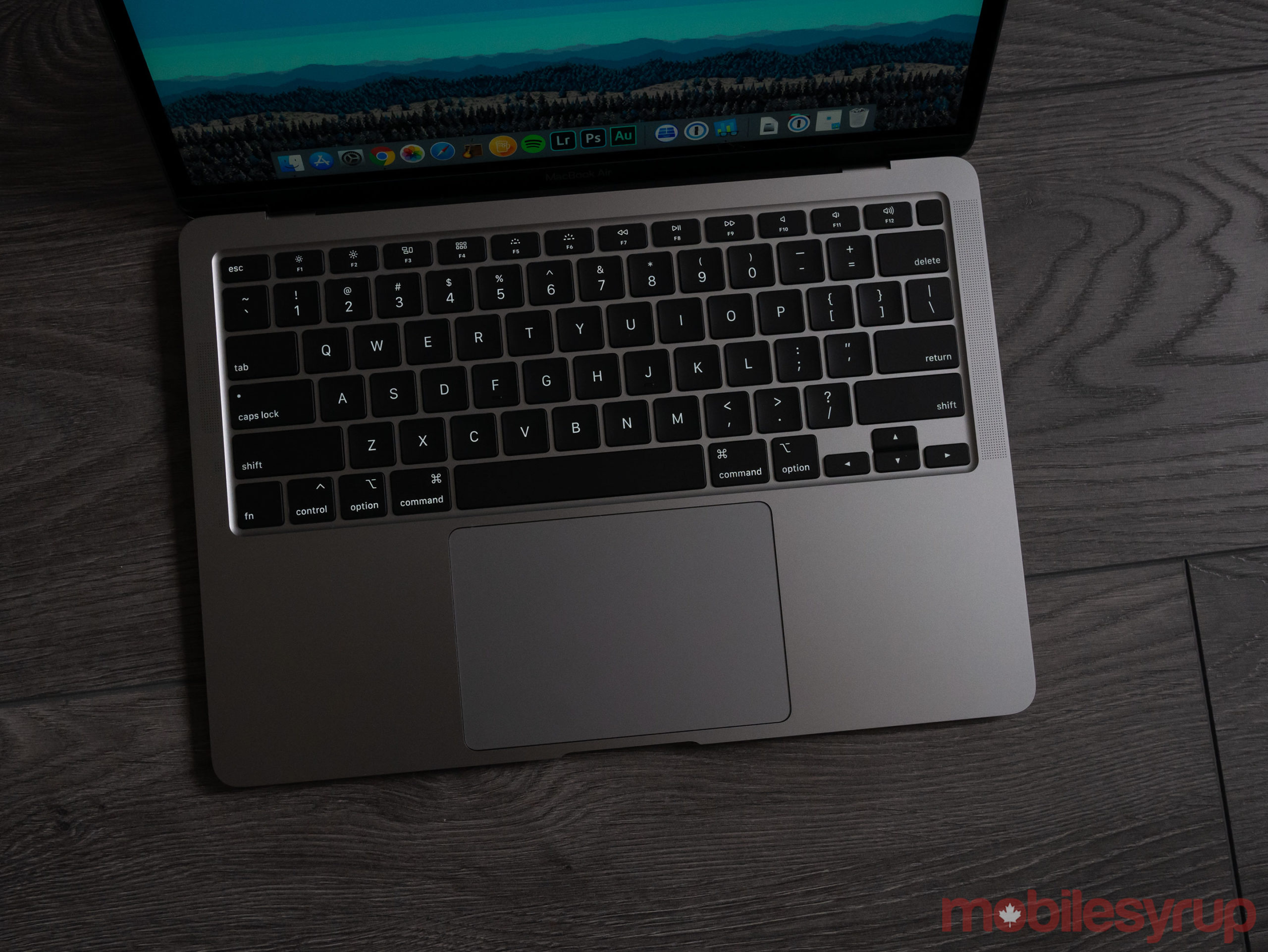 There are other hardware upgrades as well. The Air’s new Intel Iris Plus card features roughly 80 percent faster performance when it comes to editing video and other graphics-intensive tasks.

Finally, Apple has doubled the MacBook Air’s standard storage to a 256GB SSD, which is a welcome change and something the 2018 version of the laptop should have already featured.

Overall, though I haven’t spent a significant amount of time with the Air yet, it certainly does seem substantially more powerful and capable than its predecessor. 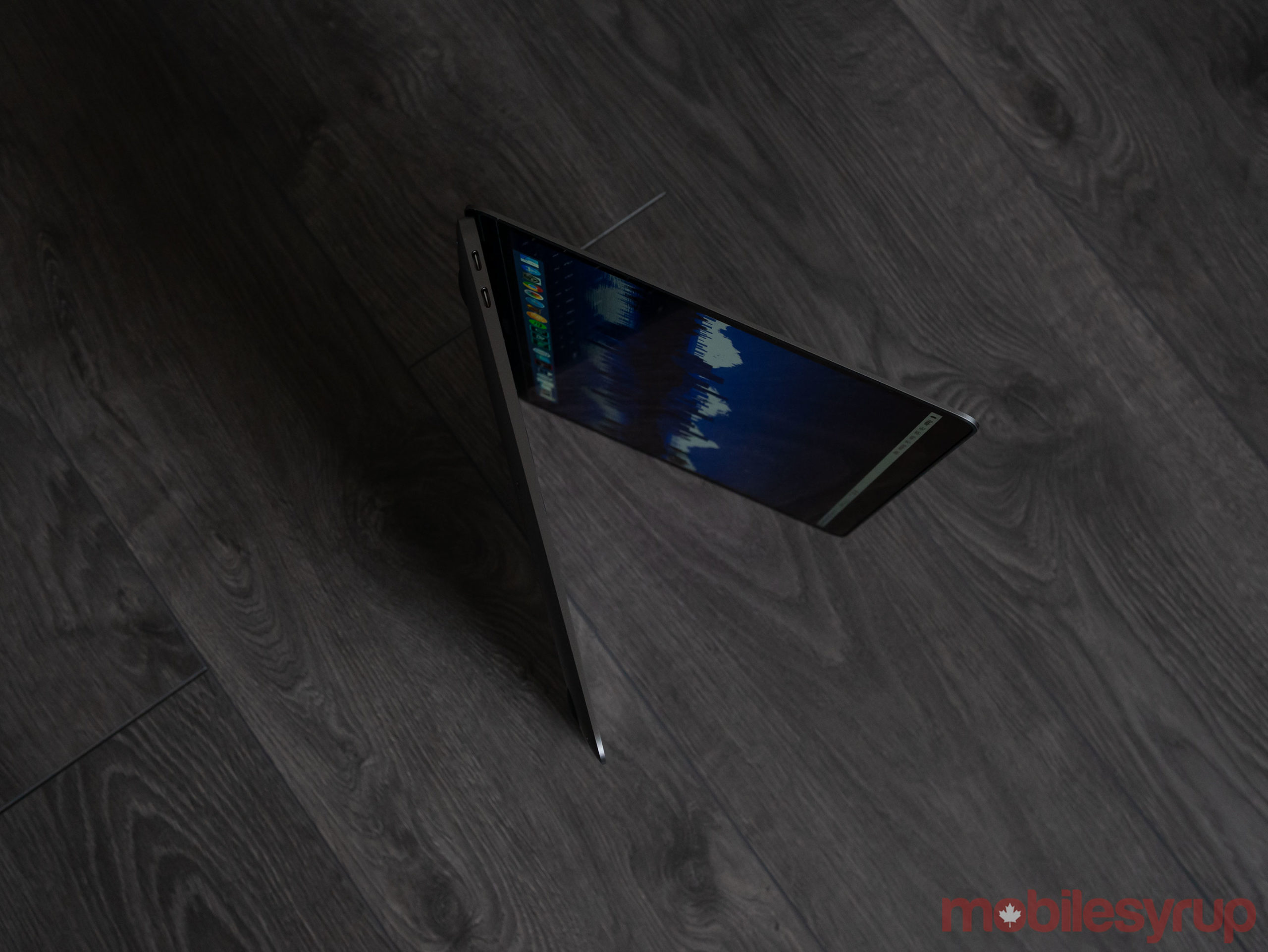 For example, I edited the photos for this review with Adobe’s Lightroom CC and Photoshop CC running simultaneously, along with Spotify playing in the background, and I had several Chrome tabs open, too. These are tasks my 2017 13-inch MacBook Pro with a 7th-generation Intel i7 processor and 16GB of RAM sometimes struggles to handle.

With the Air, I encountered bouts of lag, especially when connected to an external 4K monitor, but the experience was very similar to how my 2017 MacBook Pro handles a comparable load. It’s also worth noting that the laptop’s fan constantly spins loudly with several apps open. When I disconnected the external display, the laptop’s overall performance was much smoother.

While I don’t put much stock in benchmarks, the above Geekbench comparison indicates that the new 10th-generation i5 MacBook Air I’m currently in the process of reviewing is indeed more powerful than my ageing MacBook Pro (2294 compared to 2128) when it comes to its multi-core score, though lags slightly behind the three-year-old laptop in single-core performance (965 compared to 967). While the single-core score is disappointing, more real-world testing is definitely necessary.

On a completely different topic, the new Air’s sound does seem to be improved over its predecessor like Apple claims, offering fuller, more vibrant audio. With that in mind, though, the new MacBook Air’s speakers don’t compare to the amazing sounding audio featured in the 16-inch MacBook Pro.

What I wish Apple changed 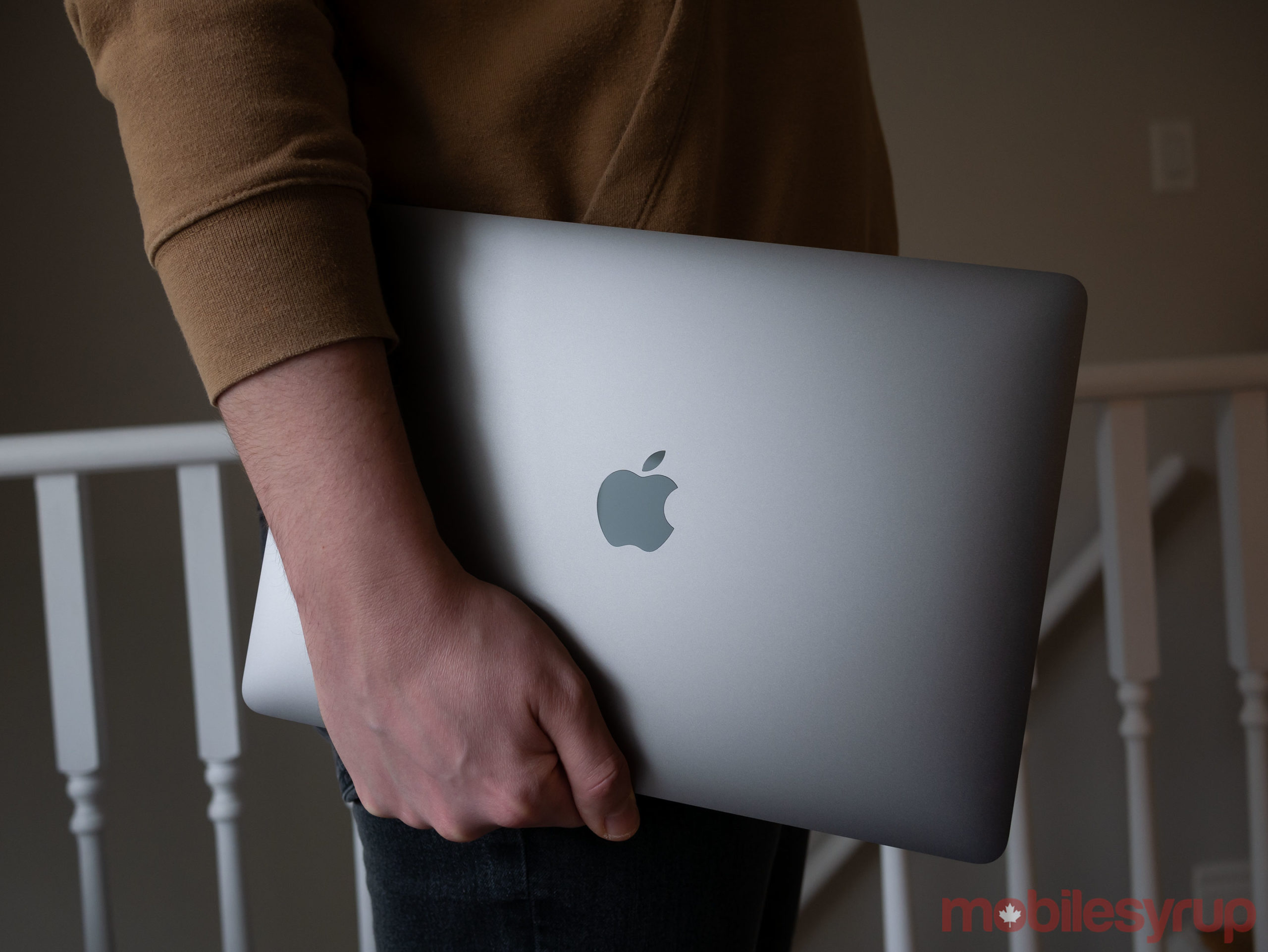 Though I don’t feel like Apple needs to revamp the MacBook Air design yet entirely, I do wish this 2020 upgrade to the laptop included some sort of new design flair to help it stand out from its predecessor.

For example, I would have liked to see Apple pack a larger display in the new Air along with reduced bezels, similar to the 16-inch MacBook Pro. This would give the new MacBook Air a more modern look, especially given most PC laptops with comparable price points have long since ditched bulky bezels. 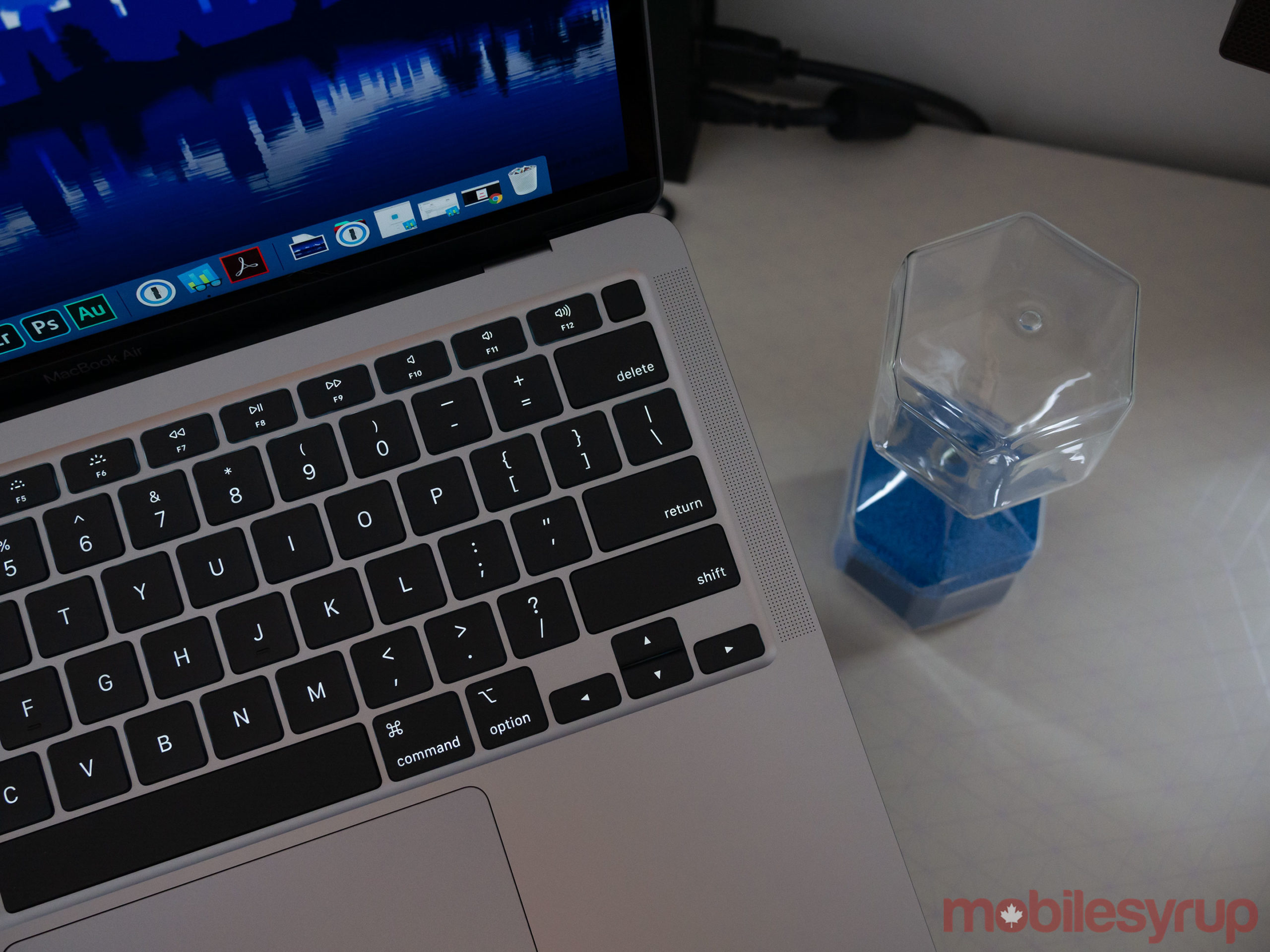 Even softening the laptop’s sharp edges to give the Air a less stark design that stands out from the rest of the MacBook line would have been a welcome move on Apple’s part.

All that said, the fact that Apple dropped the MacBook Air’s starting price point by $100 to $1,299 CAD while still doubling its power does make the laptop slightly more competitive. For context, the Intel i5 MacBook Air configuration I’m currently using comes in at $1,699.

I need to spend more time testing out the MacBook Air (2020), particularly when it comes to pushing its hardware to the limits. I plan to use the new Air as my main laptop over the next few days to see if it’s really capable of performing the same tasks my current mid-2017 13-inch MacBook Pro is. 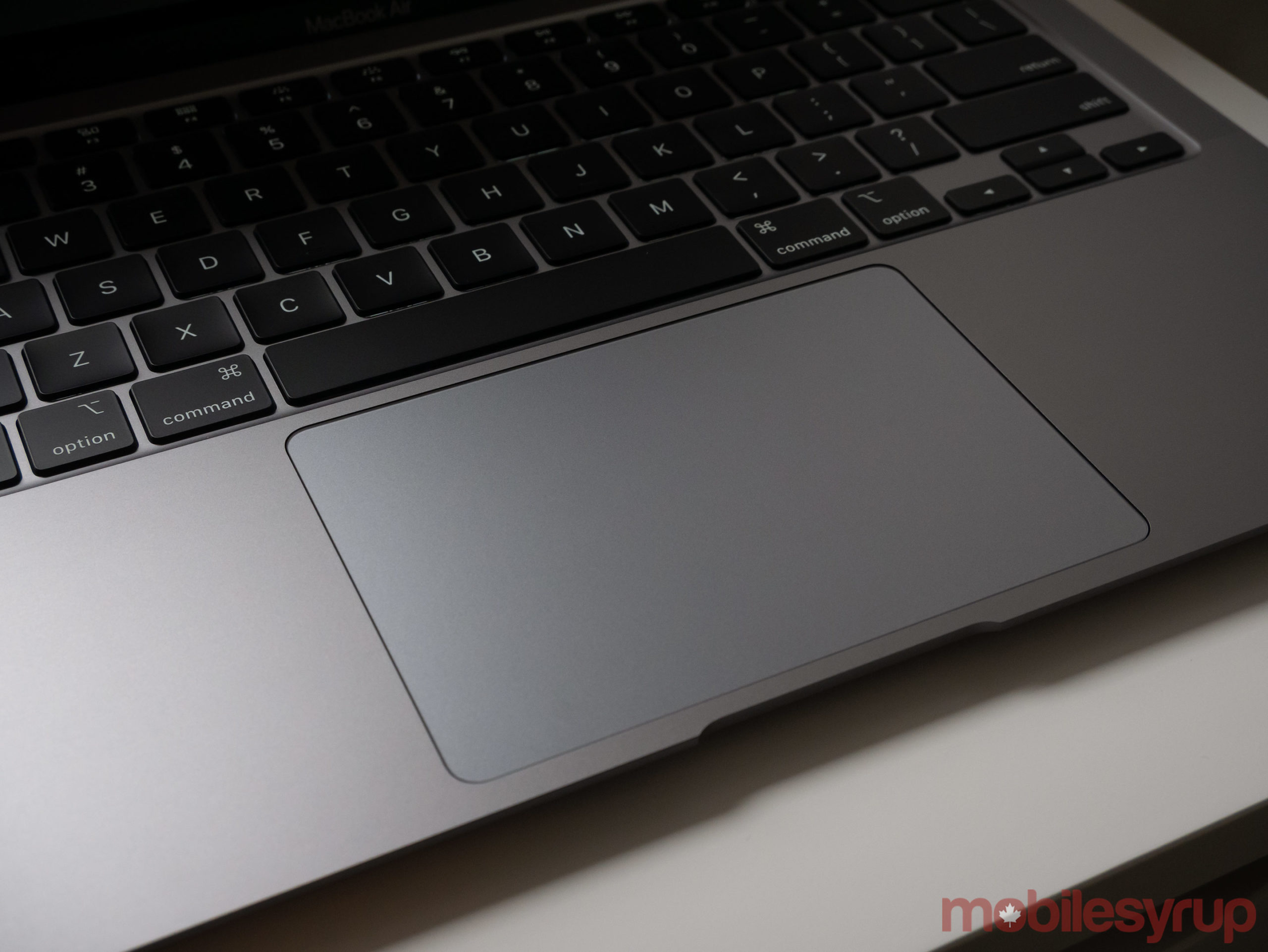 However, at least at the outset, I’m impressed with this relatively minor — but still important — update to Apple’s lightweight laptop.