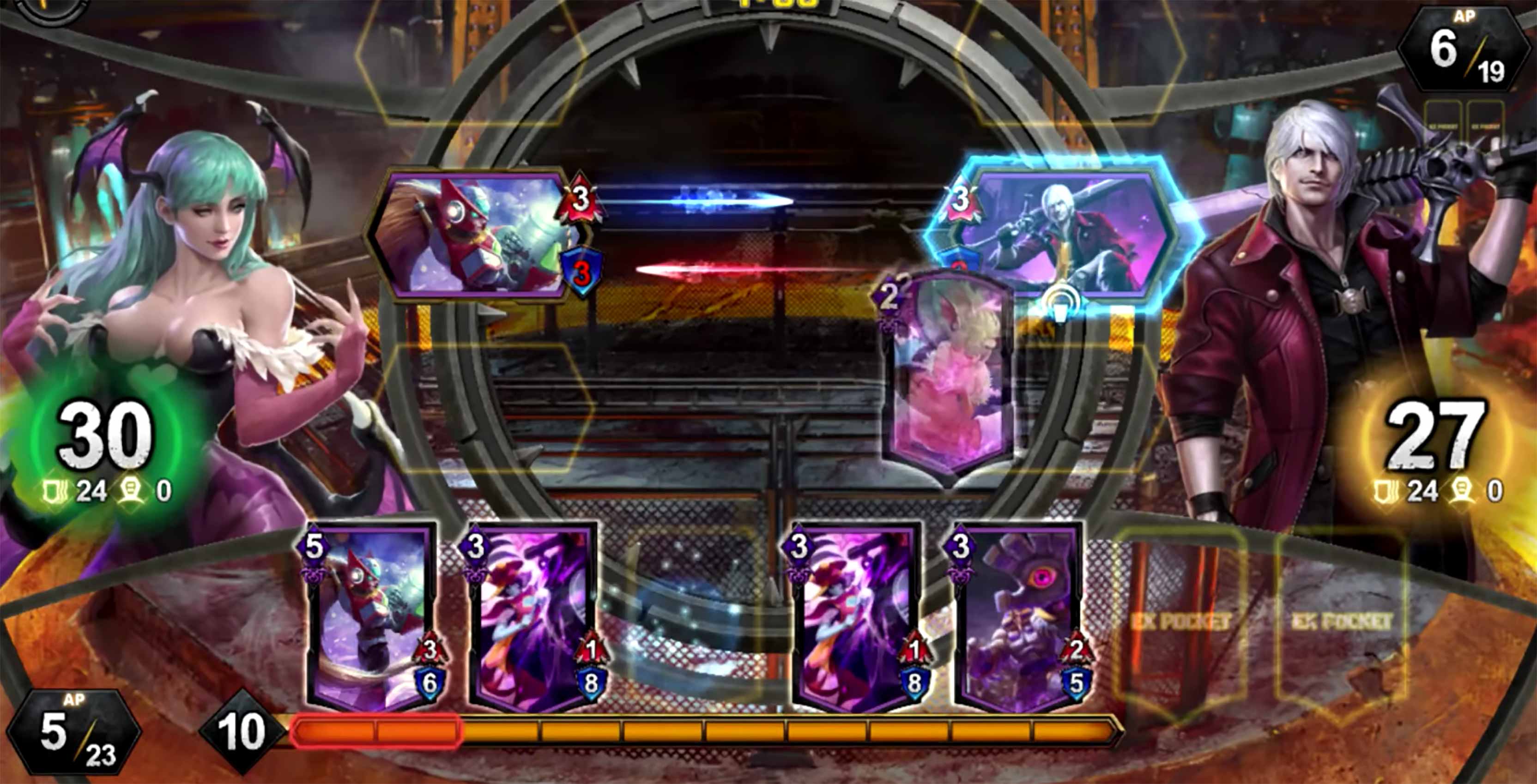 Over the past 24 hours, Capcom has partnered with several YouTubers to promote a new mobile card game called Project Battle.

The game, which appears to be inspired by Blizzard’s massively popular Hearthstone card game, brings together iconic characters from various Capcom franchises, including Mega Man, Resident Evil and Devil May Cry.

Capcom itself hasn’t said anything about Project Battle, although it has given an early build of the game to content creators like Maximillian Dood, a popular YouTuber focused on fighting games. On Twitch, Dood streamed a few hours of Project Battle. The video actually starts around the 6:30 mark, following various intros.

Interestingly, Dood begins the stream by saying he “barely [has] any information on what [the game] actually is,” and takes some time to learn how it all works alongside his viewers.

Based on the stream, it seems like the game will have players collecting cards featuring characters like Ryu (Street Fighter), Dante (Devil May Cry), Leon and Wesker (Resident Evil) and Morrigan (Darkstalkers).

Each character is voiced and has their own unique abilities and attributes, which will be used to inflict damage against the enemy’s cards. For example, Dante’s signature ‘Devil Trigger’ ability makes him immune from damage for 10 seconds.

Prior to the start of a fight, it looks like you’ll have to choose a ‘Player Card’ that will serve as your main character. You’ll then have ‘Action Cards’ based on other characters that will let you launch attacks against your enemies.

Like Hearthstone, each card has an offensive and defensive number. Once a card’s defensive number has been reduced to zero, it will be destroyed and taken off the playing field. The goal appears to be clearing a path through the Action Cards to deal direct damage to the opposing Player Card.

As it stands, it’s unclear when Project Battle will actually release or what sort of monetization methods the game will feature. Dood and the other YouTubers don’t appear to know, either. Presumably, the title will come to both Android and iOS, although that hasn’t been confirmed.