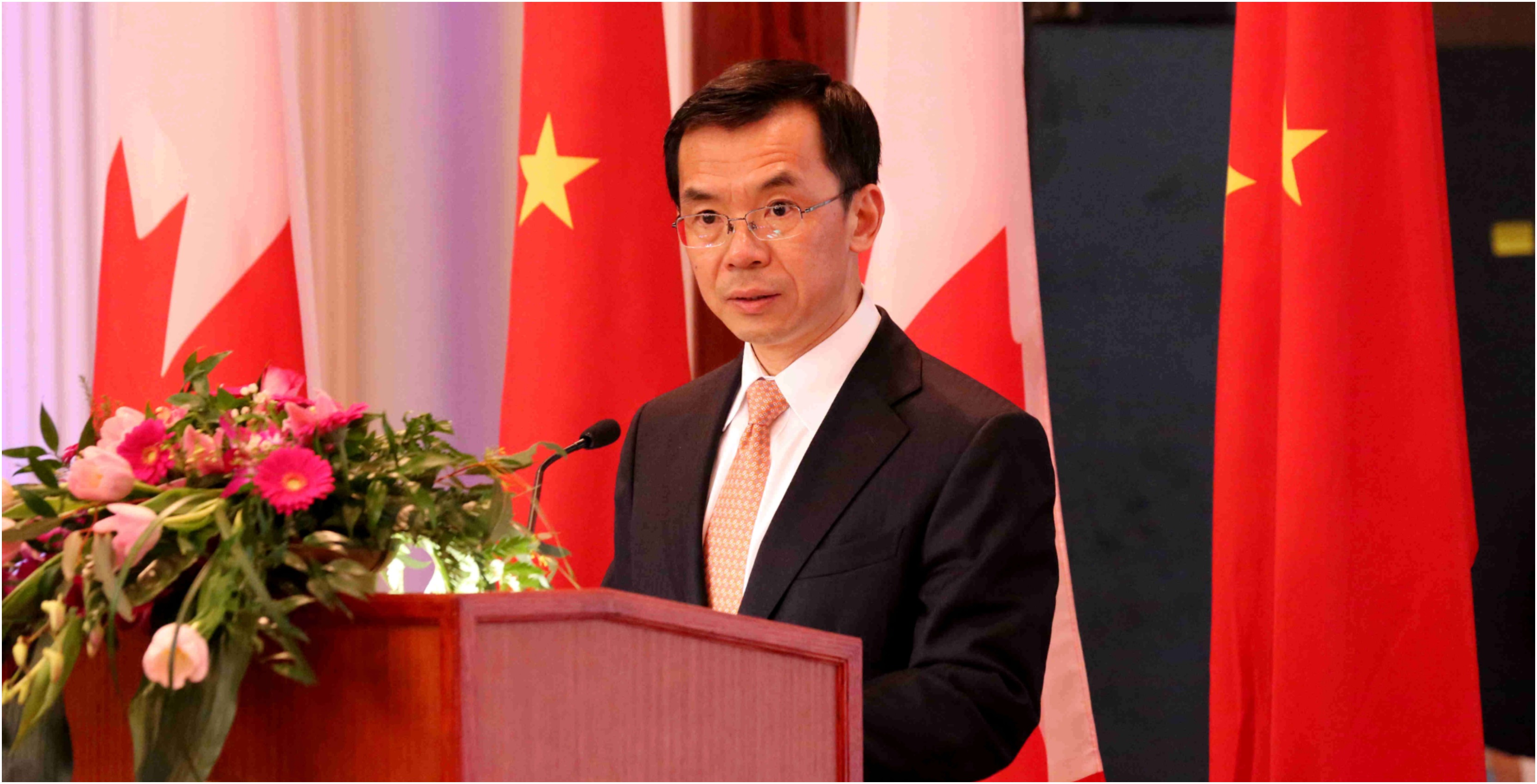 China’s ambassador to Canada Lu Shaye defended Huawei’s global chief financial officer Meng Wanzhou, arguing that Canada is “not showing respect for the rule of law, but mocking and trampling the rule of law.”

In a January 9th, 2019 opinion editorial published in Ottawa’s The Hill Times, Lu sympathized with Canada saying he understands why the country is “concerned about their own citizens,” but asked why Canada showed no sympathy towards Meng.

Meng was arrested in Vancouver while transiting to Mexico on December 1st, 2018 by Canadian authorities. She was granted bail, but currently faces extradition to the U.S. on fraud-related allegations.

Lu used his op-ed to ask why Canadian authorities arrested Meng when she committed no crimes in Canada.

“Without violating any Canadian law, Meng was arrested last month and put in handcuffs just as she was changing planes at the Vancouver International Airport,” Lu wrote.

“It seems that, to some people, only Canadian citizens shall be treated in a humanitarian manner and their freedom deemed valuable, while Chinese people do not deserve that.”

At the time of her arrest, Canadian authorities said the country has a rule of law and an independent judiciary, and that Meng had to comply with a judicial proceeding before she could be released.

Lu wrote that Canada had adopted a double standard by demanding that the Canadians be released.

“In the case of detention Canadian citizens in China who violated China’s law, those elites completely dismissed China’s law and presumptuously urged China to immediately release their citizens. It seems that, to these people, the laws of Canada or other Western countries are laws and must be observed, while China’s laws are not and shouldn’t be respected,” he wrote.

Lu addressed criticism that China is “bullying” Canada by detaining the citizens, noting that some have accused China of “arresting two Canadian citizens as retaliation” for detaining Meng.

“To those people, China’s self-defence is an offence to Canada.

“The reason why some people are used to arrogantly adopting double standards is due to Western egotism and white supremacy. In such a context, the rule of law is nothing but a tool for their political ends and a fig leaf for their practising hegemony in the international arena. What they have been doing is not showing respect for the rule of law, but mocking and trampling the rule of law,” Lu wrote.