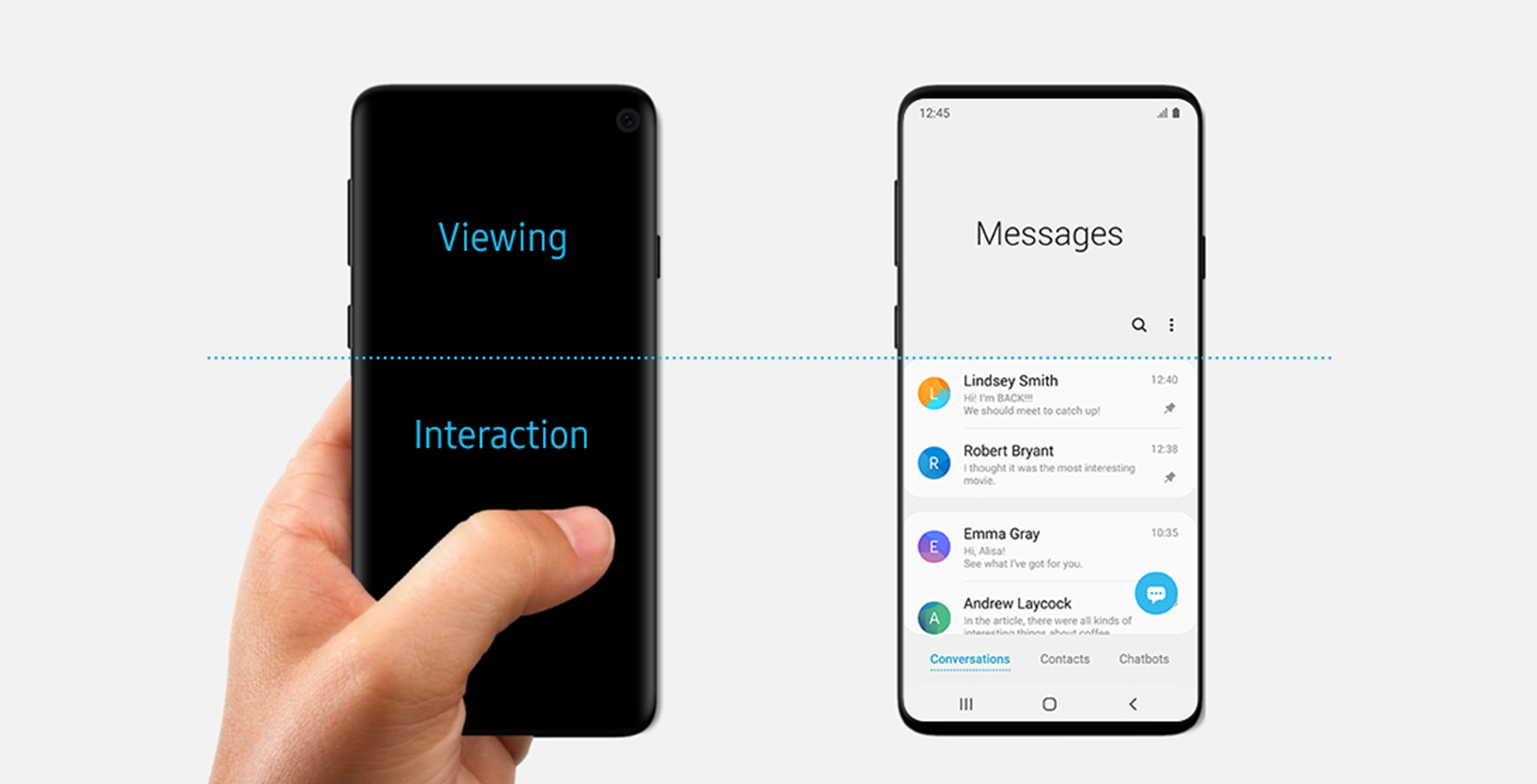 Samsung has released new details about its One UI via a blog post. The post reiterates the company’s commitment to usability and comfort.

Part of that is a focus on what Samsung calls “natural interactions.” The South Korean company based One UI on how people actually use their devices.

That means moving ‘interactions’ lower on the screen. Effectively, Samsung has split its apps in half. The top half is a ‘viewing’ area with space to see content. The bottom half has all the tabs, buttons and other things users interact with — all within reach of their thumb. 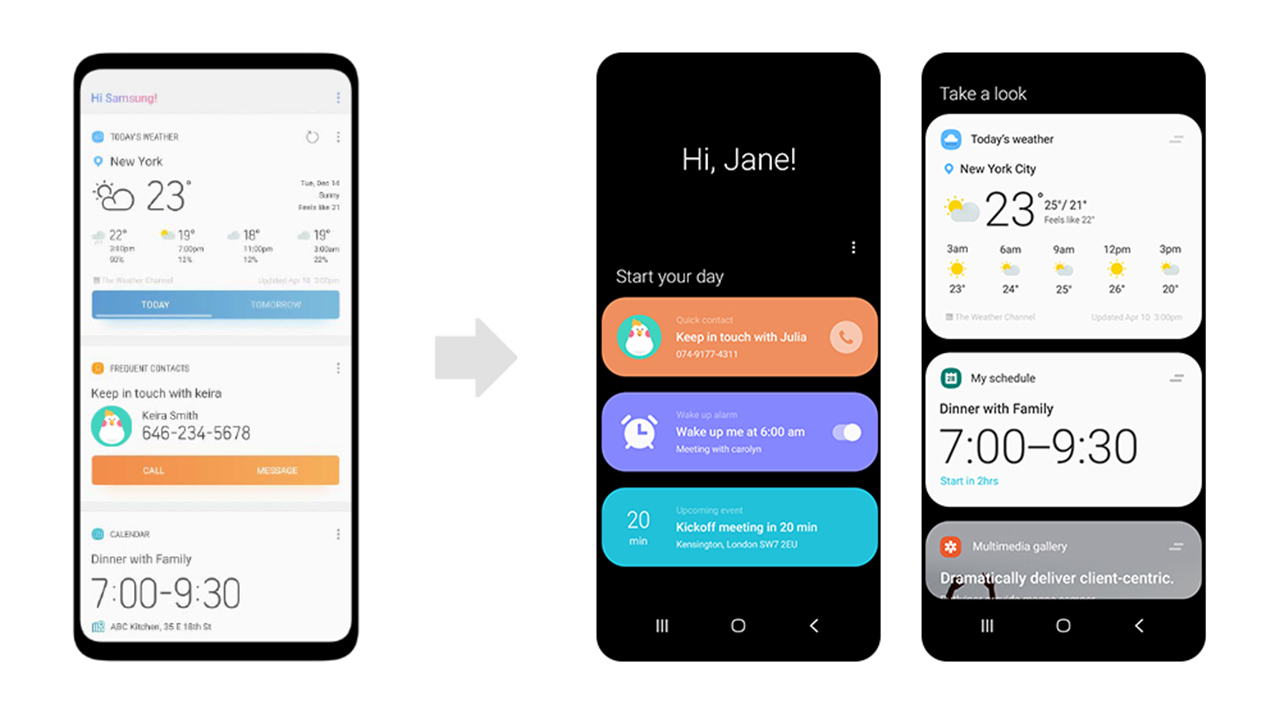 Another part of this involves using ‘focus blocks,’ which aim to direct your eyes to the content that matters without overwhelming users.

Additionally, Samsung says One UI helps streamline usability by only showing functions that are relevant at a given moment. For example, when a user enters a phone number in the dialer, menu options unrelated to entering a phone number disappear and new options for creating a new contact or starting a video call appear. 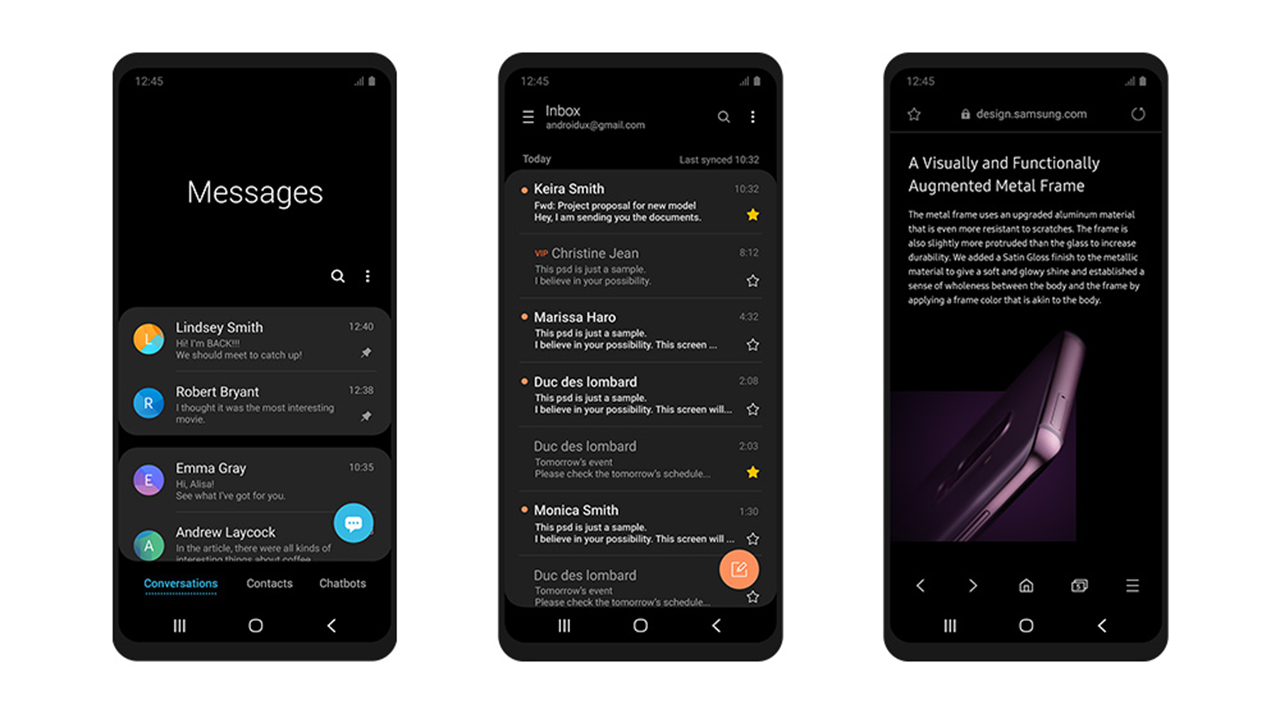 Samsung also wants its phones to be comfortable to use and has made ‘visual comfort’ one of the core tenets of One UI. That’s why it added a customizable ‘Night Mode’ to the new interface. The Night Mode adjusts the screen’s tone, brightness and contrast to offer a more comfortable viewing experience in the dark.

Further, visual comfort is the principal behind the spacious design. And judging by the screenshots, I’d have to say it works. For example, looking at the old Samsung UX quick settings tab next to the new One UI quick settings, the new option is a lot easier to look at. 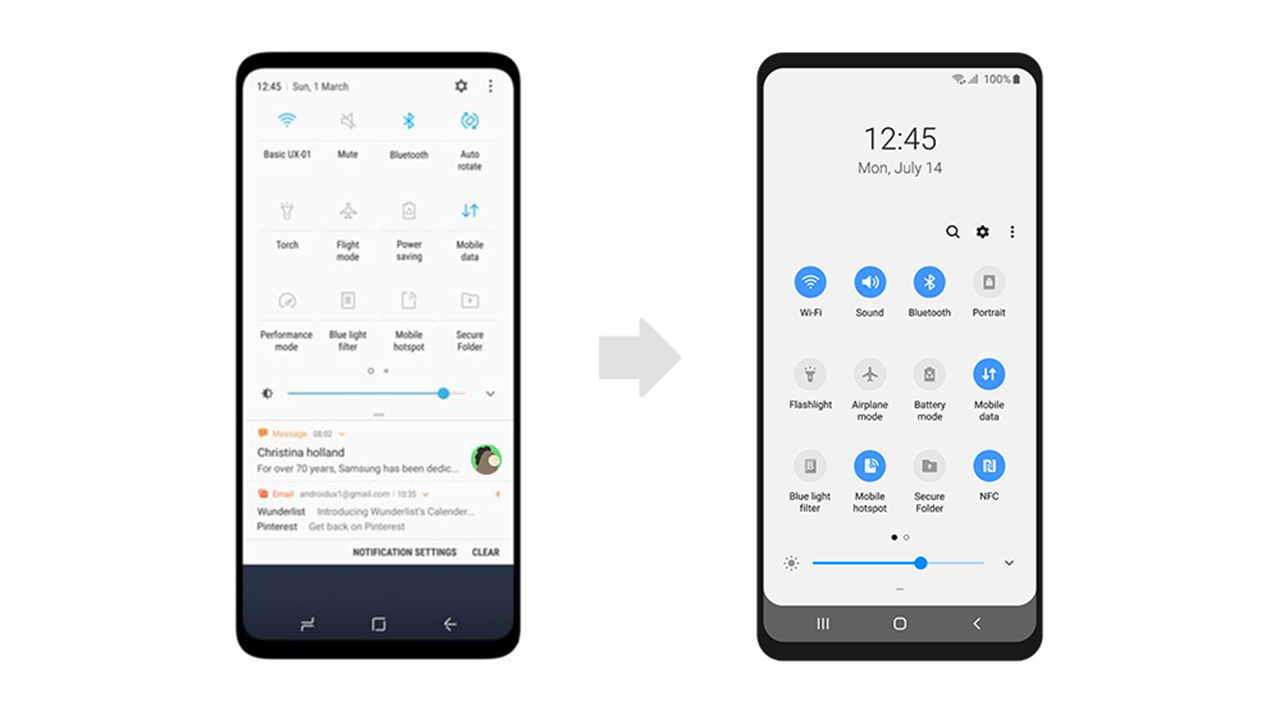 Finally, Samsung points out that it has made an effort to round the corners of everything. But importantly, the rounding is consistent with the rounded screen corners on Galaxy devices, making the UI and the hardware feel more connected.

As we draw closer to the rollout of One UI on Samsung’s devices, we’re sure to see more of this unique new design from Samsung.