'The Wall' is back 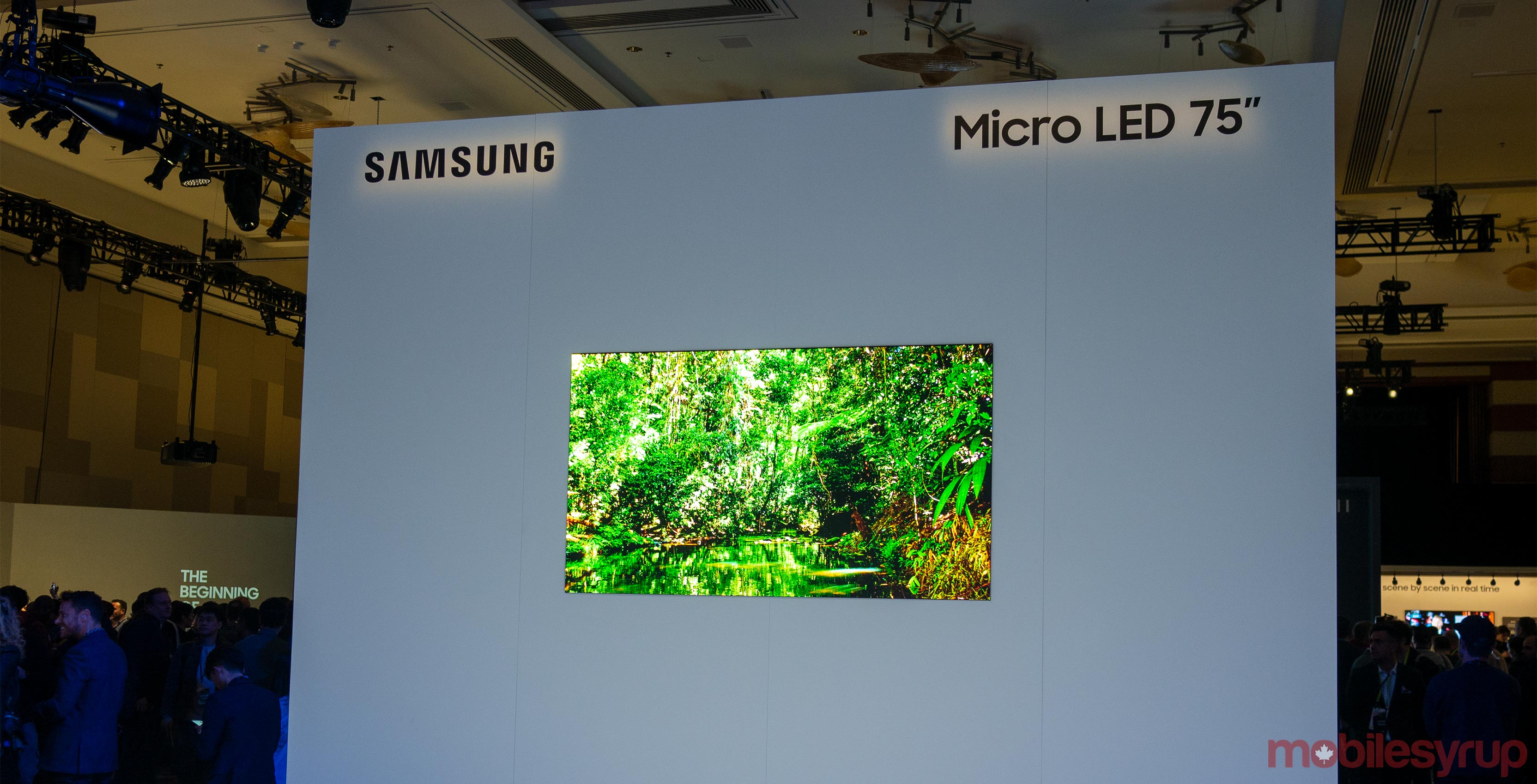 At Samsung’s ‘First Look’ pre-CES event, the South Korean tech giant showed off a more advanced and polished version of its 219-inch MicroLED ‘The Wall’ modular television from 2018.

This year’s smaller 75-inch MicroLED 4K TV featured picture quality that, to my eye, rivalled OLED TVs without any obvious downsides. The television, which is aimed at consumers, uses the same MicroLED technology as last year’s The Wall, combining “individual tiles of self-emissive MicroLEDS, featuring millions of inorganic red, green and blue microscopic LED chips that emit their own bright light to produce brilliant colours,” according to Samsung. 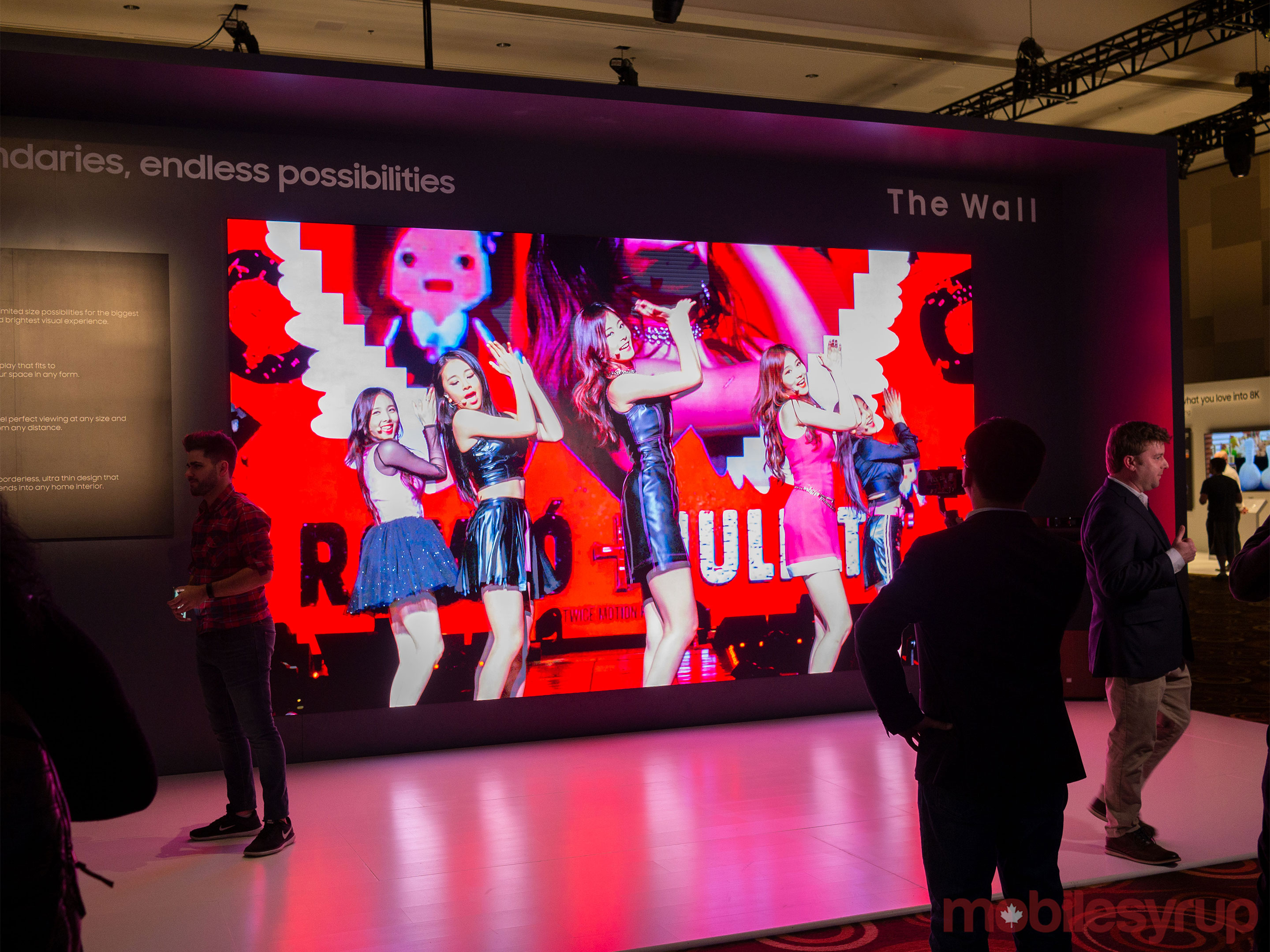 Samsung says that MicroLED TVs deliver a wider HDR colour palette when compared to current televisions because each microscopic LED can be turned off individually. The technology also features a brighter picture and should, in theory, last longer than OLED television panels.

What’s most interesting is that MicroLED modules can be attached to each other to create unique aspect ratios, allowing the television’s size to be customized to your specific home theatre setup. At its First Look event, Samsung showed off the panels seamlessly snapping into one another to create different configurations.

In a sense, the modules almost looked like Lego in person, but for a television and home theatre system. Samsung also says that speaker modules are coming in the future but didn’t have them on display at its pre-CES event. 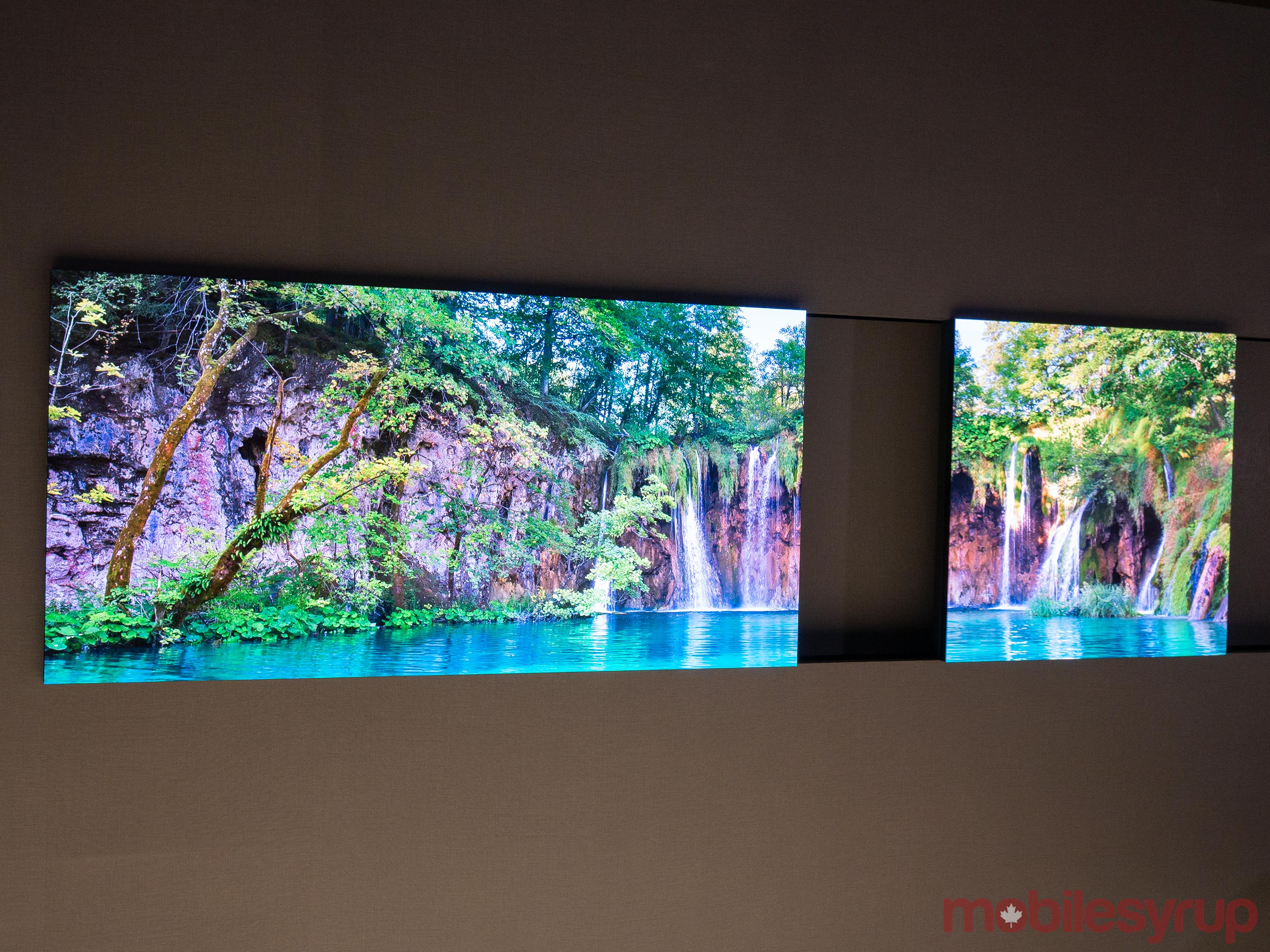 As is expected with announcements like this that come out of CES, Samsung hasn’t revealed pricing or availability details related to its new 75-inch MicroLED TV. The company does say that it will likely be two to three years before MicroLED technology is ready for consumers. Make no mistake though, when MicroLED Televisions are available in stores, they’ll be expensive.

Not to be upstaged by Samsung, LG also revealed an 88-inch OLED TV alongside its ridiculous but undeniably cool roll-up Signature R OLED television.