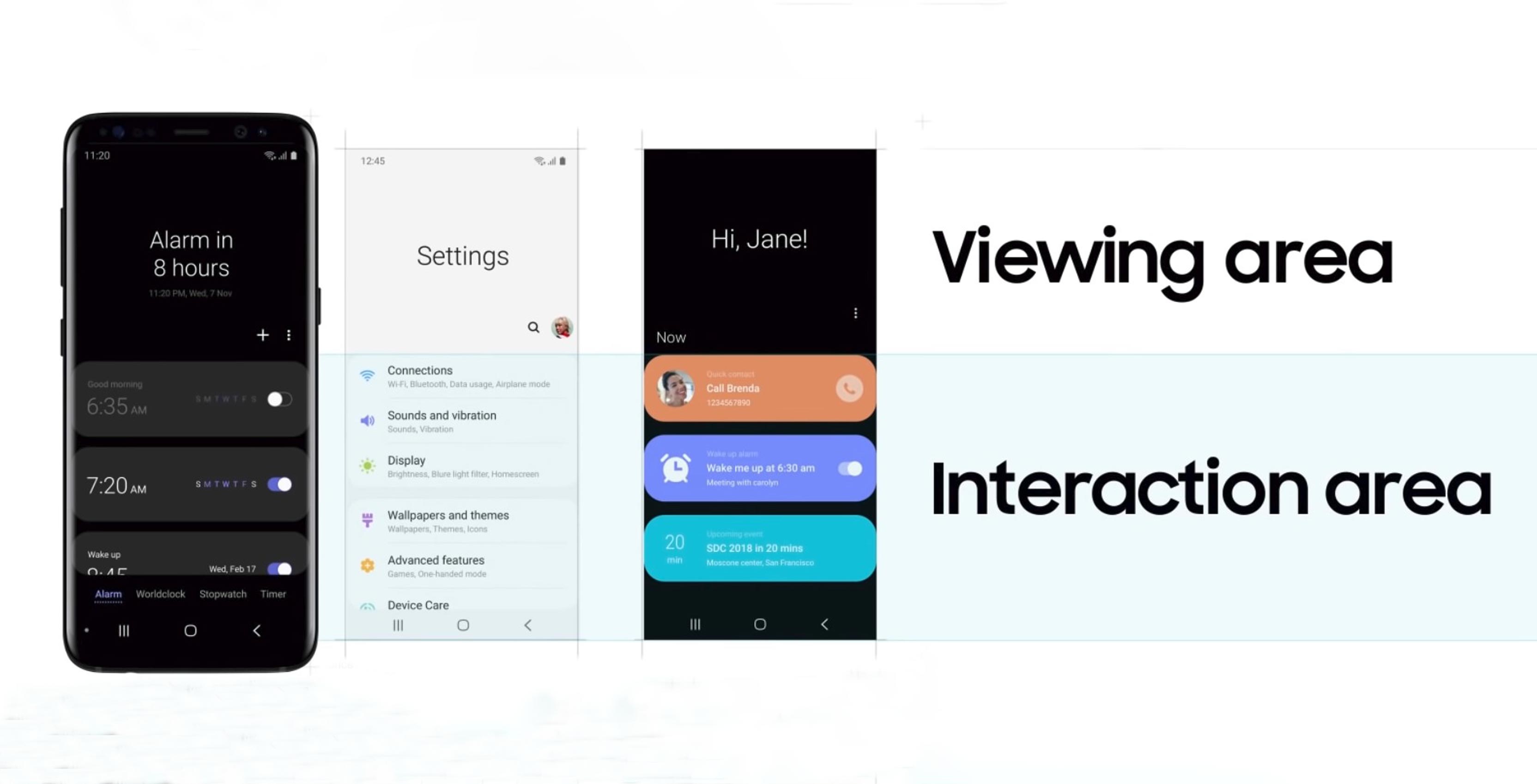 Samsung has released a new YouTube video in which it showcases elements of its upcoming One UI reskin.

Set to arrive early next year when Samsung updates the Galaxy S9, S9+ and Note 9 to Android 9 Pie, One UI promises a variety of improvements over the company’s existing Samsung Experience user interface.

In the video, Samsung highlights One UI’s new dark mode feature, as well as its more minimalistic user interface that’s designed to reduce clutter and mimic the physical characteristics of the company’s phones.

Check out the video above, and let us know what think of One UI in the comment section below.

Samsung detailed One UI at its recent Samsung Developer Conference in San Francisco, California — the same venue where the company showed off its upcoming foldable display smartphone. One UI will also make its way to the Galaxy S8, S8+ and Note 8. Currently, Samsung is beta testing the user interface with help from S9 users in the U.S., Germany and South Korea. Canadians, unfortunately, can’t take part in the beta.