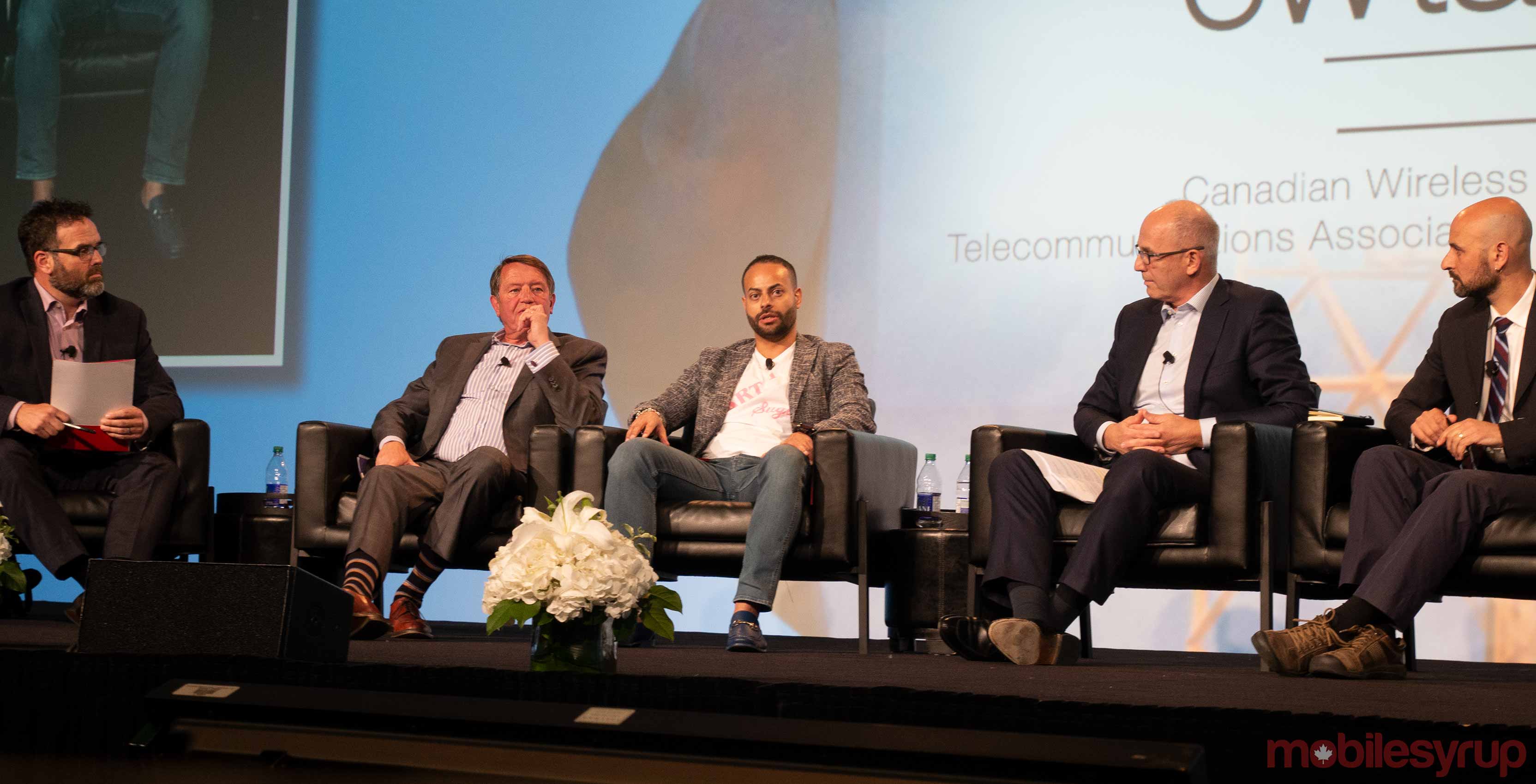 At the event’s annual regulatory blockbuster, three senior vice-presidents of regulatory affairs — Rogers’ David Watt, Bell’s Robert Malcolmson and Telus’ Ted Woodhead — addressed the public’s negative reaction to its proposals of $25 to $30 plans with 400MB to 600MB of data.

The executives also responded to fellow panel-member and Iristel/Ice Wireless/Sugar Mobile CEO Samer Bishay’s assertion that the plans were a “joke.”

Panel host Greg O’Brien, publisher of industry publication Cartt, brought up the topic by referring to the low-cost, data-only plans as “skinny” wireless plans — a reference to the mandated “skinny” cable plans that failed to significantly entice consumers.

Like the skinny basic cable plans, the low-cost, data-only plans are mandated by the Canadian Radio-television and Telecommunications Commission (CRTC). The Commission requested the plans in lieu of mandating a Wi-Fi-first mobile virtual network operator (MVNO) market in Canada, pushing that decision to a review within the next year.

“The plans were a bit of a joke in my opinion.” — Iristel CEO Samer Bishay

Wi-Fi-first MVNOs use Wi-Fi as a ‘home network’ and allow subscribers to roam permanently on wholesale wireless data from carriers with physical network infrastructure.

O’Brien also stated his own surprise that the plans had under 1GB of data, before turning the subject over to Bishay.

“I think it was more of a bone to the CRTC and the feds to say we’re doing something, here’s the fix,” said Bishay.

“The plans were a bit of a joke in my opinion. There was nothing there.”

Bell’s Malcolmson retaliated: “We came up with something we thought wasn’t a joke.”

He commended the CRTC for its March 2018 decision to request low-cost, data-only plans over mandating a Wi-Fi-first MVNO market.

“Rather than undermine facilities-based investment, it said let’s look at a perceived gap in the market,” said Malcolmson.

“1GB is just a nice number in your head,” Woodhead told O’Brien. “But if the purpose is for incidental access… that’s what those plans are designed to use.”

Woodhead gave the example of a child who has Wi-Fi for their device at school, but might need data for the walk back home.

“That’s the exact use case we were provided with,” he said, adding: “For less than a cup of coffee a day, you get 600MB. I don’t think that’s worthy of the derision we have faced.”

“1GB is just a nice number in your head.” — Ted Woodhead, SVP, Regulatory at Telus

But O’Brien pointed out that most of the intervenors in the low-cost, data-only plans proceeding at the CRTC — many of them concerned individuals — feel the same way as Bishay.

Another panel member, Andy Kaplan-Myrth, vice-president of regulatory and carrier affairs at broadband MVNO TekSavvy, said the CRTC’s low-cost, data-only plans had been an answer to a question no one was asking.

Bishay again jumped in to compare Canada’s wireless reselling options — mainly owned by larger brands like 7-Eleven SpeakOut Wireless and PC Mobile — to the much larger MVNO market in the U.S., but Woodhead rebutted that “There’s also much more people in the U.S.”

“Look at railroads, gasoline… Canadians complain about the price of all of it,” added Woodhead.

“What do they have in common?” Bishay interjected, “They’re all oligopolies.”

Low-cost, data-only plans were the result of the federal government’s request that the CRTC reconsider a decision that disallowed the use of wholesale roaming agreements to provide permanent wireless service to customers of a Wi-Fi-first mobile virtual network operator (MVNO).

The original March 2017 decision shut down that model of operations for Bishay’s Sugar Mobile (a brand name he wore on a T-shirt during the blockbuster), which had been using Rogers’ network to provide wireless service to its customers.