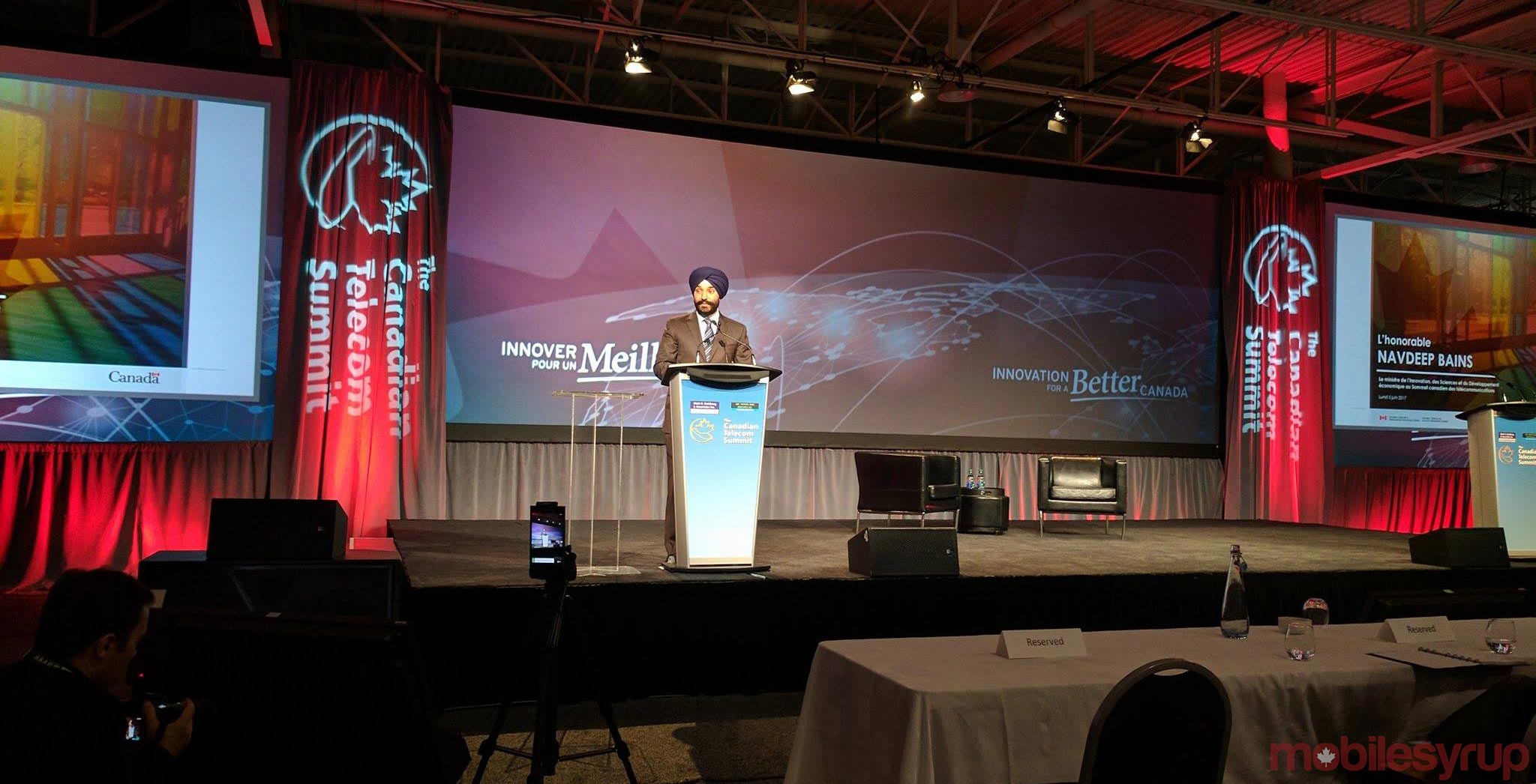 Sugar Mobile is a Wi-Fi-first carrier that used a roaming agreement with Rogers through its sibling brand Ice Wireless to provide fall-back wireless service when not in its home network in Canada’s north. After receiving complaints from Rogers, the CRTC moved to disallow Sugar customers from using Rogers roaming network as a primary source of service for its customers, noting that it went against its previous decision not to mandate MVNO access to the incumbents’ networks.

Bains suggested looking at the decision again after noting that “this choice does not benefit Canadians.” He cited the need to lower Canada’s notoriously high wireless prices and noted that Wi-Fi-first MVNOs in the U.S. offer service for as little as $15 USD per month.

He also told press, however, that the government still recognizes the importance of a ‘facilities-based’ approach that favours operators that build infrastructure.

“We do still support a facilities-based competition, I made that very clear as well, but at the same time as you know we have [high] price points for consumers in Canada and middle class Canadians are struggling, these are challenges they’re facing, particularly individuals with multiple cellphone bills, multiple wireless consumers in the household.”

Minister Bains says he wants the CRTC to look at the decision in a broader context and come back to Ministry of ISED by March of 2018. Minister Bains stopped short of saying the decision would result in new policy for MVNOs in Canada, preferring to refer to it as decision that would affect Wi-Fi-first carriers, though he acknowledged there is “a lot of overlap” between Wi-Fi-first and MVNO.

“The objective is pretty much the same,” said Minister Bains, “It’s just the terminology that’s used. […] How can we use technology to really provide more affordable prices for consumers, and that’s the objective.”

Samer Bishay, President and CEO of Sugar Mobile and Ice Wireless, said the decision was a complete surprise.

“I think it’s just a matter of time before we maybe re-enter into some discussions with the operators that have been fighting us all along.” — Sugar Mobile CEO Samer Bishay

“I think is great news for Canadians overall, because we’re going to do our part to deliver what we said we would and I think it’s just a matter of time before we maybe re-enter into some discussions with the operators that have been fighting us all along,” he said.

Bishay also noted that he believed the decision might force the CRTC and Ministry of ISED to work more closely together.

“I think we’re going to see a more cohesive approach, because this has happened way too many times. Where one entity does something that doesn’t benefit Canadians and then it gets overruled, not to say this is an overruling yet, it’s a reconsideration. But there’s got to be a more cohesive approach to the Canadian telecom problem and this is a good step forward that will align the two entities a little bit more.”

The move is a rare instance of the government reviewing a decision of its own motion.

In addition, Minister Bains also announced that the government is releasing its decision on a streamlined licensing framework to support the deployment of next-generation satellites, with the aim of allowing more satellite-based providers to enter the market and bring high-speed internet to rural Canadians.

Further, the government is launching a public consultation on the release of spectrum to support the deployment of 5th generation (5G) wireless networks. The consultation will focus on releasing millimetre wave (mmWave) spectrum in the 28 GHz, 37–40 GHz and 64–71 GHz frequency bands.

Bains told MobileSyrup that the government will be launching the consultations for the release of 600MHz spectrum in the coming weeks, as well.

“We’re encouraged the government has recognized our investments to deliver world-leading networks and the need for continued facilities-based investment. We share the government’s concern about the digital divide for low-income Canadians, which is why we’ve taken action to provide low-cost broadband with Connected for Success and offer a range of wireless plan options through Rogers, Fido and Chatr. We look forward to working with the CRTC to examine creative ways to bridge the digital divide and maintain fast and reliable networks.”

Update 2 – 06/05/17: The CRTC tells MobileSyrup it will “reconsider, as requested, [the] aspect of its decision that established the final terms and conditions for access to wholesale mobile wireless roaming service.”