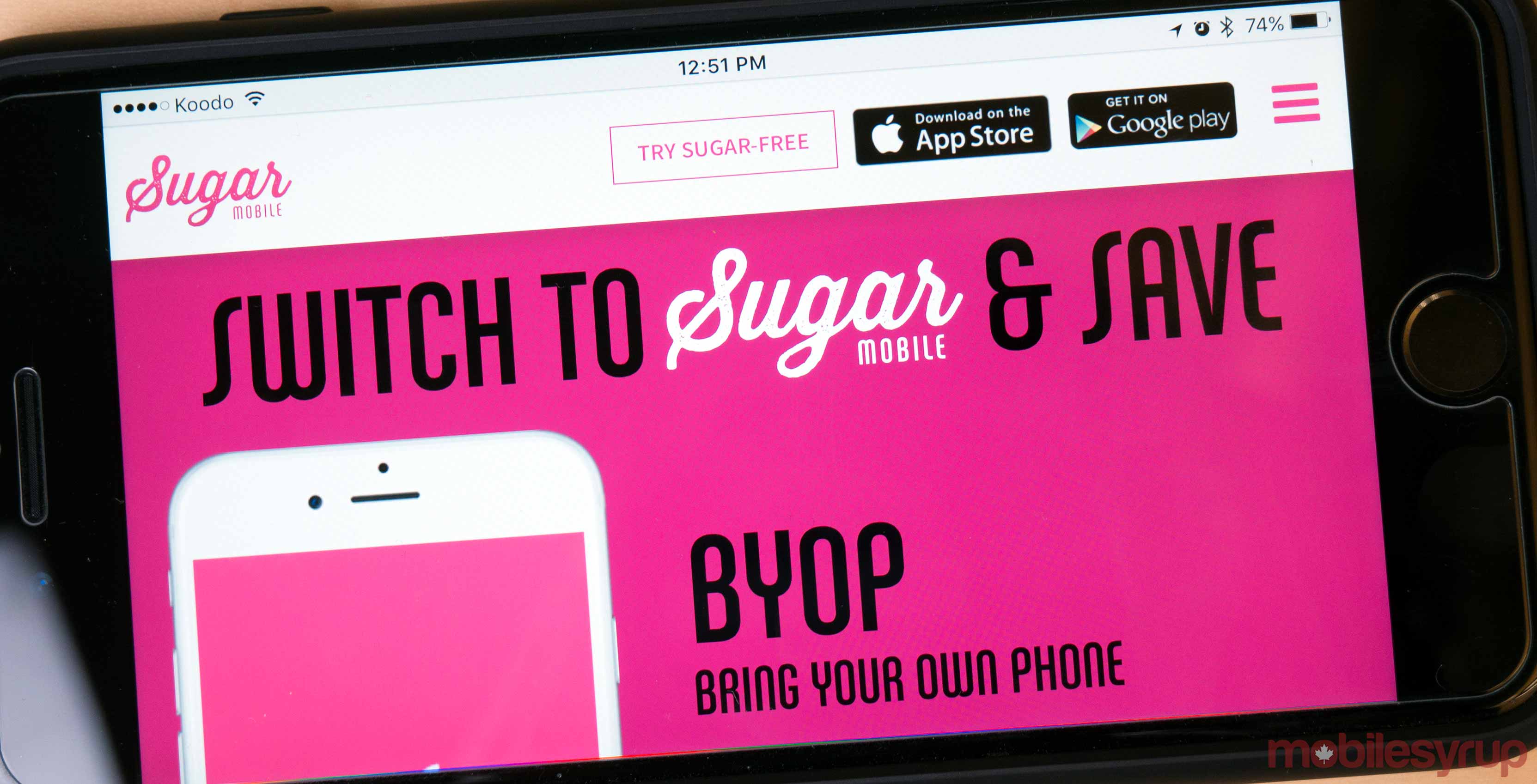 As telecommunications consultant and organizer of the Canadian Telecom Summit Mark Goldberg puts it, the ruling sews up a “backdoor entry model for MVNO,” or mobile virtual network operators.

Sugar Mobile is now just over a year old (it was founded in December 2015), and from the beginning it used an interesting loophole to become one of Canada’s few MVNOs. Technically, it relies on Ice Wireless’ network infrastructure, but since Ice only operates in northern Quebec, Yukon, Northwest Territories and Nunavut, Sugar Mobile subscribers use a Rogers-heavy roaming network negotiated by Ice whenever they leave their home network. That’s where the loophole comes in: Sugar Mobile is marketed and sold outside of its home network.

#CRTC clarifies that mandated roaming cannot be used as a backdoor entry model for MVNO https://t.co/6l6jwbwnqN

The ruling from the Canadian Radio-television and Telecommunications Commission (CRTC) is the last word on the ongoing struggle between Sugar and Rogers. In February 2016, Sugar filed a complaint with the CRTC against Rogers, stating it was attempting to block the use of its network. Rogers fired back that same month (with Bell’s support) that Ice Wireless was in breach of its roaming agreement because most of Sugar Mobile’s customers may never use Ice Wireless’ home network at all, therefore making the term “roaming” a false statement.

In July 2016, however, the CRTC temporarily ordered Rogers to honour the agreement until a final decision was made, giving the scrappy MVNO a reprieve. Now, that reprieve is over and the young operator’s days are numbered.

“Such an approach renders meaningless the Commission’s decision not to mandate MVNO access to these networks and would require the commission to fundamentally redefine the meaning of wholesale roaming,” stated the CRTC in its decision.

The regulator added that since immediate termination of the agreement would affect Ice Wireless customers using the roaming network legitimately, it’s ordering Ice to confirm that Sugar Mobile will stop making unauthorized use of the network within 50 days instead. If Sugar breaches this deadline, then Rogers will be within its rights to terminate the agreement.

Update: Following the CRTC’s ruling, Sugar Mobile sent MobileSyrup a statement on the decision, the full text of which can be read below:

“The Commission’s decision is a blow to competition in mobile telephony,” said Samer Bishay, President and CEO of Sugar Mobile and Ice Wireless. “We’re disappointed, not only for our company, but for ordinary Canadians who pay some of the highest wireless phone rates in the world. I’m sure Rogers, Bell and Telus shareholders are delighted they can continue to charge such exorbitant rates.”

The popular and innovative Sugar service is a made-in-Canada solution that utilizes a combination of Wi-Fi and mobile network roaming to offer customers a cost-effective alternative to some of the world’s highest wireless rates.

“Our technology means customers are using Wi-Fi more than 90 per cent of the time and on the Rogers network less than 10 per cent,” added Mr. Bishay. “There are currently hundreds of thousands of Canadians permanently using U.S. phones in Canada and roaming on Rogers, Bell and Telus networks because it’s cheaper. That is the threat, not a made-in-Canada innovative solution like Sugar.”

Sugar is an MVNO (Mobile Virtual Network Operator) of Ice Wireless, a facilities-based mobile network operator in Canada’s North, with a legal roaming agreement with Rogers.

We will review the ruling in detail before deciding on next steps. Meanwhile, Sugar customers can continue to enjoy the service uninterrupted and we will communicate directly with customers shortly and often.

The proprietary Sugar app, built in partnership between Sugar, Ice Wireless and their parent company Iristel Inc., is an Over-the-top (OTT) product for smartphones just as NetFlix is OTT content for television. Unlike other popular talk and text apps like Skype, WhatsApp and Viber, Sugar customers can keep their existing phone number or pick a new number from a different area code in Canada.