Cord-cutting far less prevalent in Canada than the US and will likely stay that way: analyst 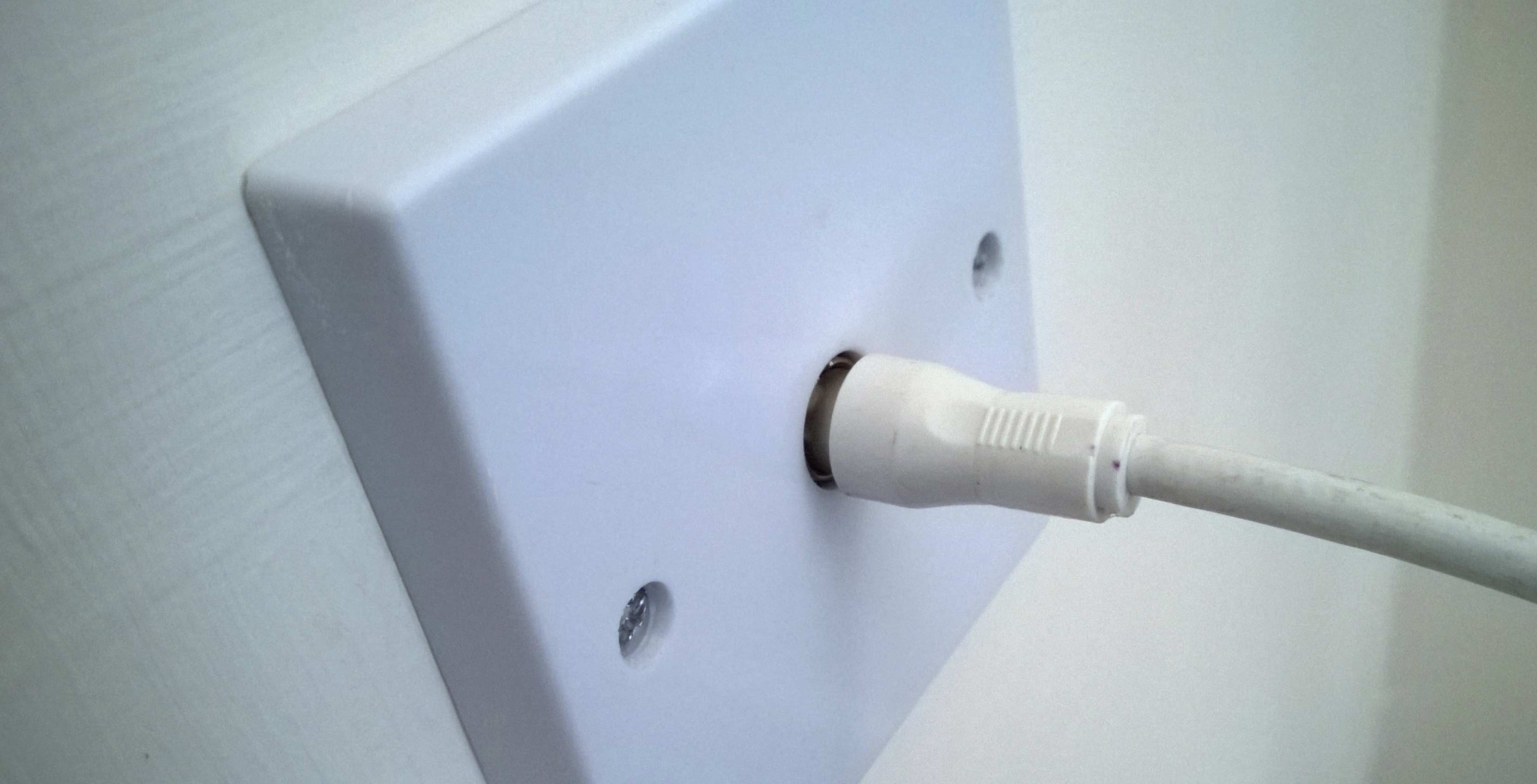 The Canadian video market is significantly more stable than in the U.S., according to a report from Scotiabank analyst Jeff Fan.

Fan and his associate Matthew Lee have published a report that shows Canadian telecom companies aren’t experiencing the same rate of decline in video subscribers as U.S. telecoms are, and offers a few likely reasons for the difference. 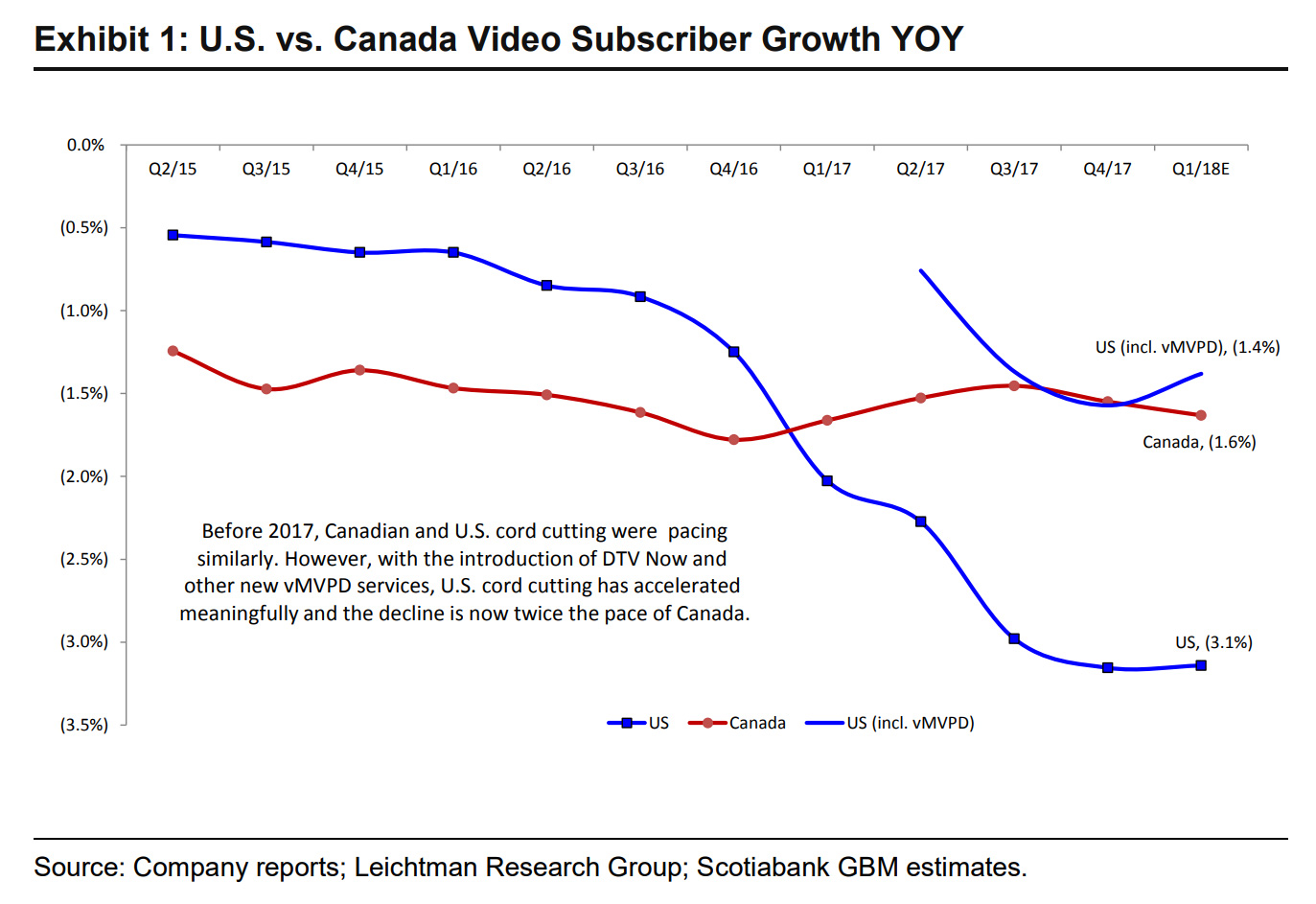 The report came on the heels of the first financial quarter, in which most major American telecoms reported weaker-than-expected video subscriber results.

While Fan noted in the report that it would be natural to assume the same trend may come to Canada, he wrote: “we believe the Canadian video market should remain stable.”

Why the U.S. is losing more subscribers

Fan wrote that there are several reasons why U.S. video cord cutting is approximately two times the rate of Canada.

Somewhat surprisingly, Netflix doesn’t seem to play a large role in either market, according to Fan. Penetration estimates from Scotiabank Global Banking and Markets put Netflix in 43 percent of American households and 46 percent of Canadian households.

“It appears to be a complement to pay-TV services and has not contributed to the sharp decline in the United States in recent quarters,” wrote Fan.

Instead, the catalyst seems to be virtual multi-channel video programming distributor services (vMVPDs) — a lengthy term for platforms that offer multiple channels of live streaming video content. In the U.S., this includes services like Sling (owned by DISH) and DirecTV Now (owned by AT&T). Those services are also typically much less expensive than the old-school alternative in the U.S.

But in Canada, these services, like Bell’s Alt-TV and Telus’ Pik TV, feature prices closer to traditional cable pricing. Furthermore, the offerings (at least for now) are remaining within the telecoms’ respective operating footprints, reducing potential pricing competition.

Additionally, Fan noted that Bell and Rogers “are still very much vertically integrated, especially when it comes to sports content.”

Both have ownership of sports franchises, sports broadcasting and distribution through fixed wireless and mobile, giving them a “larger vested interest to protect the traditional linear video subscriber base and ARPU [average revenue per user].”

Additionally, the loss of major broadcasting contracts could cause major disconnects — one example being if Rogers lost the NHL, or Bell Media failed to renew with HBO.