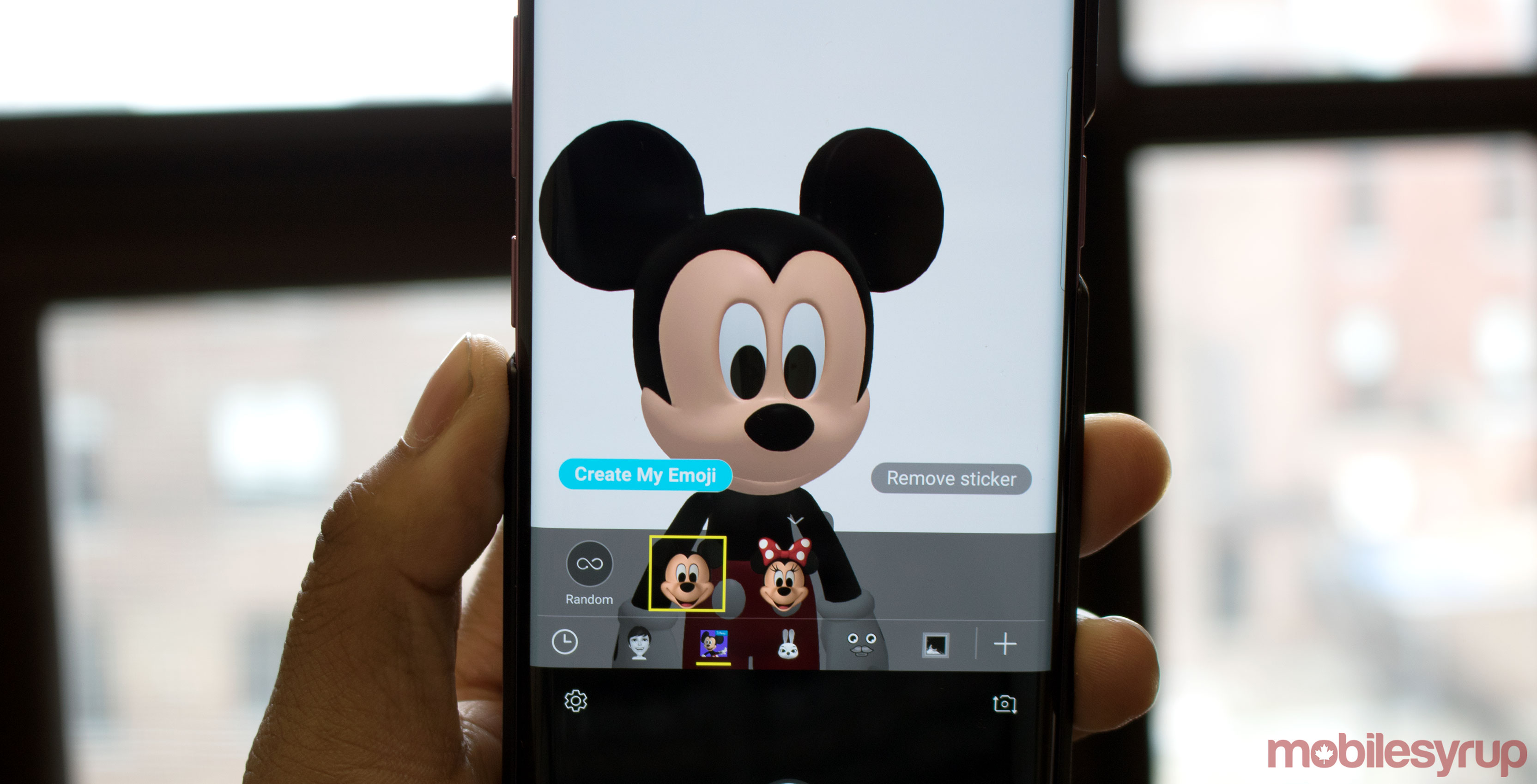 That said, Disney is coming to the rescue with its own take on Samsung’s AR Emoji. Disney’s AR Emoji are available now for the Galaxy S9/S9+ and can be accessed by navigating to the device’s camera app.

So far only Mickey and Minnie are available as a free AR download. However, characters from other Disney hits such as The Incredibles, Zootopia and Frozen, will rollout throughout 2018, according to Samsung.

“By extending our characters and stories to new digital platforms, we are creating daily Disney experiences everywhere our audience goes, and we are able to draw in new generations of fans,” said John Love, vice president of Apps and Disney consumer products and interactive media.

The Samsung Galaxy S9 and S9+ are now both available in Canada at a number of retailers and carriers.