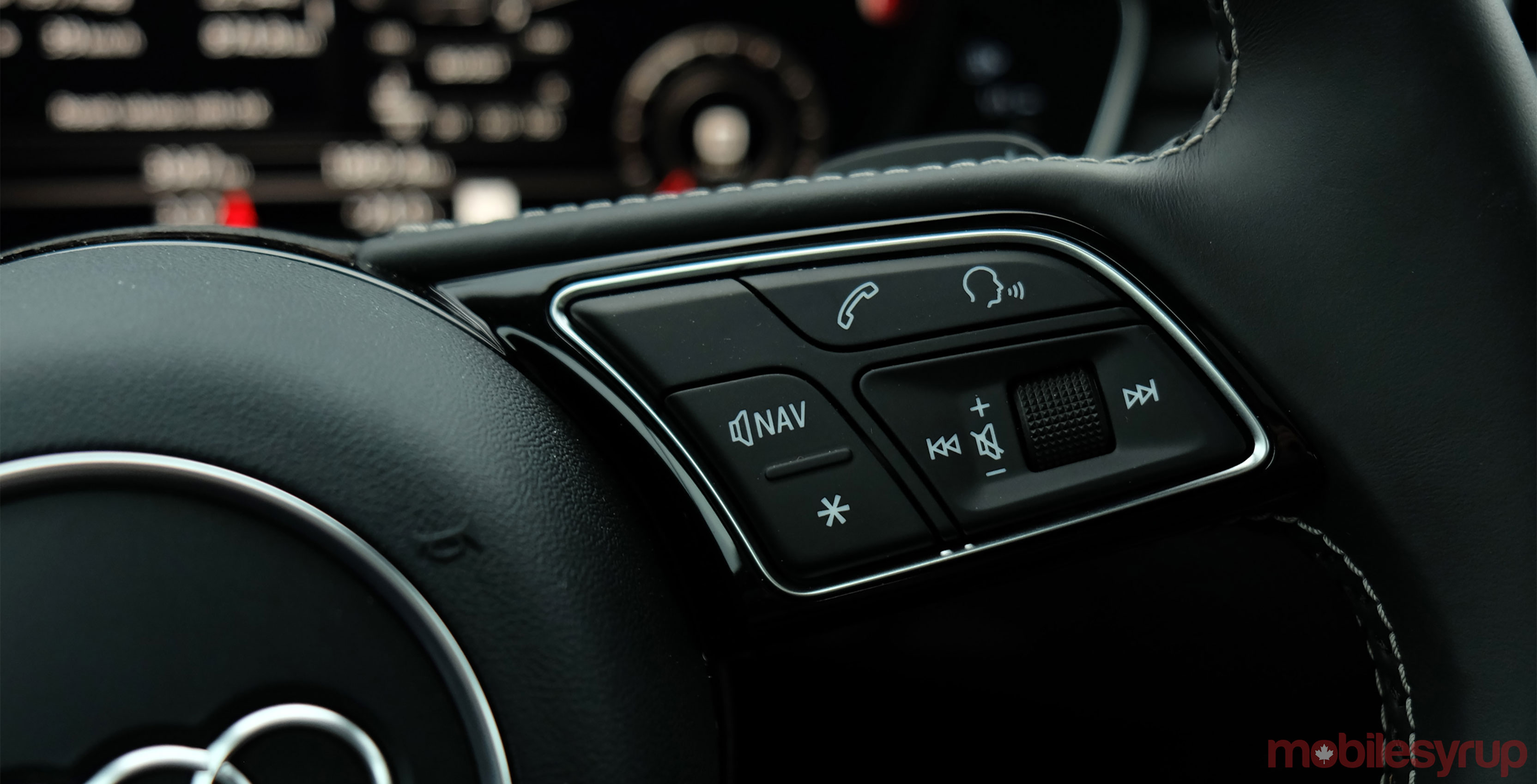 Audi’s penchant for luxury hasn’t always extended to the infotainment experience, but its Multi-Media Interface (MMI) system seems to finally be on the right track.

Prior to this test drive with the 2018 Audi S4 Technik, I had last tried the company’s system almost three years ago in a 2014 RS7. That experience left plenty to be desired and was a classic case of a beautiful vehicle running outdated technology features in the dash.

Fast forward to now, and key changes have been made to bridge the gap and bring Audi into respectability. The main reason is that it welcomed Apple and Google into the mix, yet added some extra features to augment the overall experience.

There’s more than a little room for improvement, but Audi has at least turned a corner toward a brighter future for drivers’ expectations. 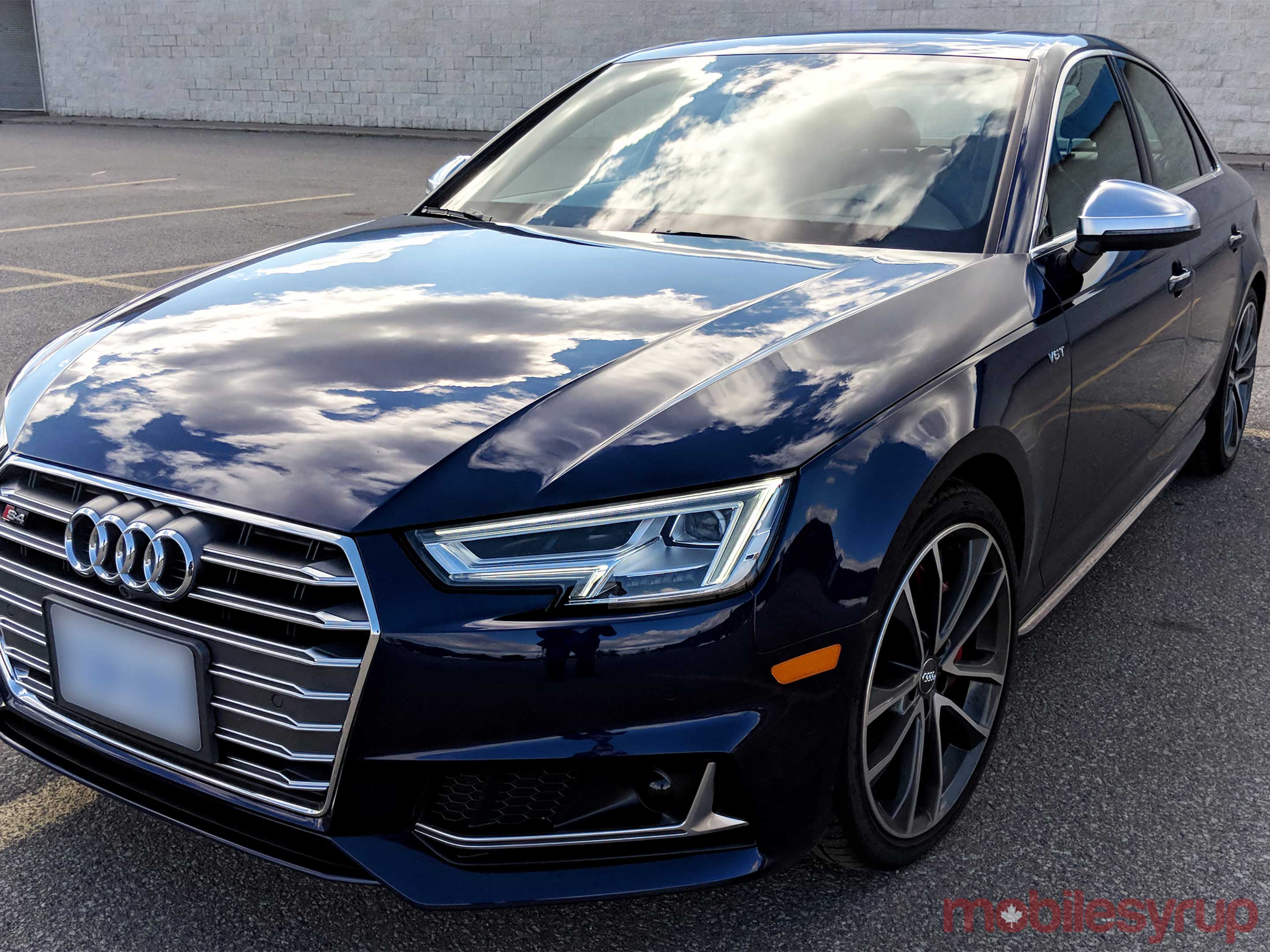 German automakers are widely regarded for their intricate engineering techniques. With that, however, comes a rigidity that had sometimes stifled innovation in the dash. Audi had fallen prey to this stilted approach in the past, but in opening up the dash, it has managed to make a big improvement over what it offered as recently as two years ago.

Previously, smartphone integration centred on standard Bluetooth audio streaming and legacy iPod functionality via wired connection. It was supposed to be easier to play music directly from a phone when plugged in, except it never really factored in the rise of streaming services over downloads.

Native app integration within MMI still isn’t a major feature, at least not in North America, so the weight has been shifted toward other platforms, like CarPlay and Android Auto. A visual makeover certainly doesn’t hurt, either, helping the system look more modern.

Outside of the traffic jam assist, there wasn’t much to test out as far as autonomous driving goes. This S4 was classic Audi, and with a little humility, its MMI system delivers a decent experience. 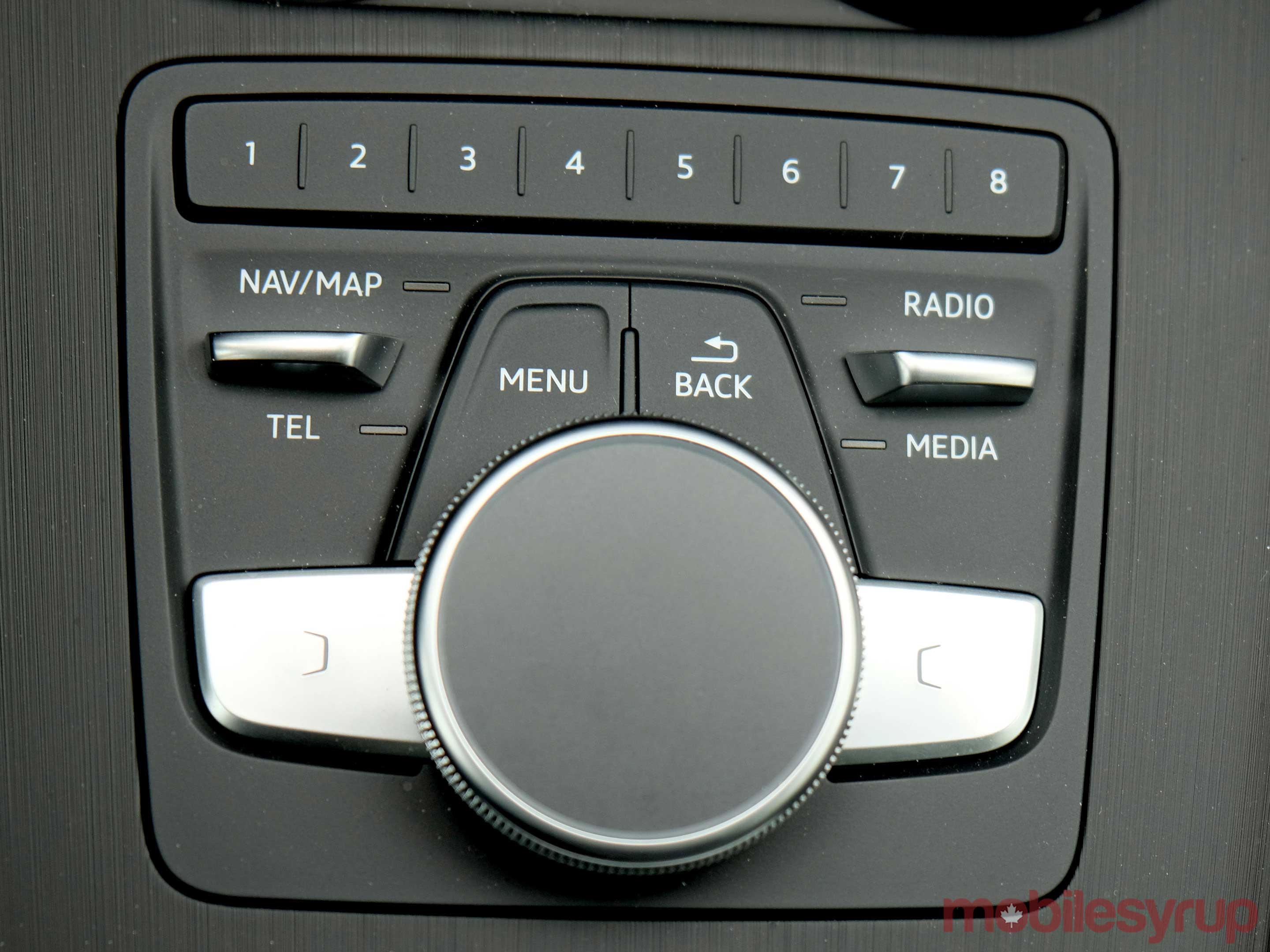 Noticeably gone is the proprietary port Audi used to deploy in the centre console. This port severely limited connectivity because it required a proprietary cable that was sold separately, and was otherwise useless for anything else.

Two USB ports in the S4’s centre console offer a more streamlined setup. Either one could interface with the system. Plug in an iPhone and you can use CarPlay. Plug in an Android device, and run Android Auto. Or just plug in a phone to charge and use one of the other media options.

Bluetooth is standard, as is Siri Eyes Free and Google Assistant when set to audio streaming. The latter addition was a welcome surprise, though Google really needs to add an audible ping when it’s ready, like it does when it works through Android Auto.

The in-car SIM offers Wi-Fi Direct connections, but not an actual hotspot. The MMI system can link with a mobile device via Wi-Fi for media transfer or playback. For a sedan, this S4 should offer a hotspot too, but unfortunately, the SIM card’s purpose is decidedly linear. It will funnel in updates and other remote features, albeit ones that are somewhat limited.

Apart from the USB ports, there is an Aux-In and 12-volt socket for other connections, yet no wireless charging dock. A nice touch: if you leave a phone plugged into one of the USB ports and leave the car, MMI reminds you to take it.

Since the 8.3-inch infotainment display isn’t touch-sensitive, primary control is relegated to the physical layout in front of the gearshift. It’s a familiar look by now for anyone who knows Audi vehicles. The rotary wheel remains the most important part because of its ability to navigate and select items on the display.

Audi does have its voice recognition platform with preloaded phrases that are not dissimilar to what Volkswagen uses. Makes sense since Audi is a VW brand. There is some integration with phones, particularly when it comes to calls or texts, though not as extensive or effective as what CarPlay and Android Auto can do. It’s more efficient at the built-in Jukebox, which I’ll touch on later. 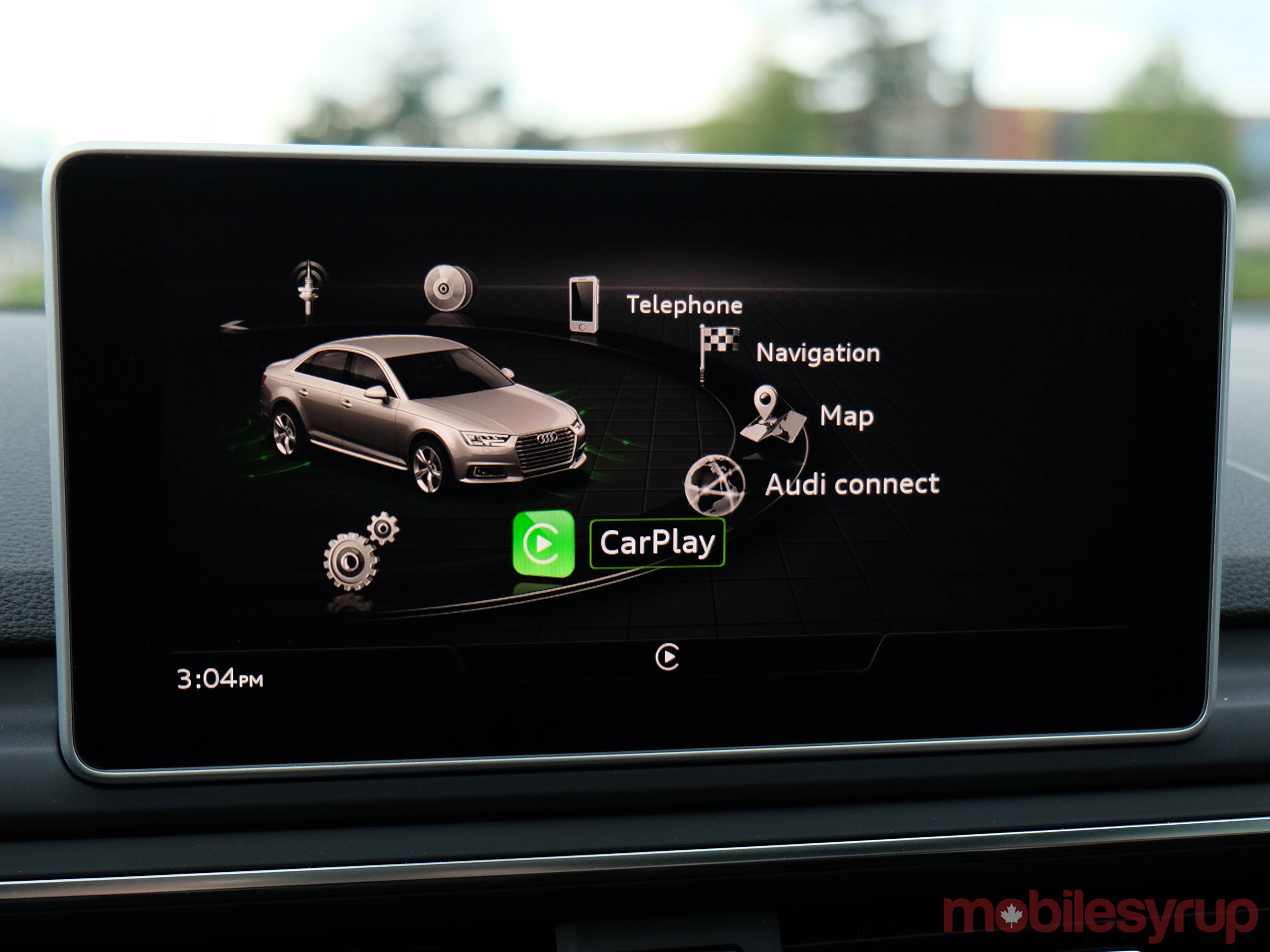 MMI Navigation Plus not only allows a map to appear in the 12.3-inch digital cluster in front of the steering wheel but also Google Earth and Street View. I wasn’t able to test the Google integration, unfortunately.

These are also maps that are loaded onto a flash storage drive in the vehicle, so Audi has the ability to update them without fully relying on cloud-based or satellite mapping. Despite having the myAudi app for iOS and Android, there is no way to push a destination address over to the vehicle before getting in.

The digital cluster is what Audi calls the “virtual cockpit” and its purpose is to display contextual information beyond what the MMI screen shows. For example, navigation maps can display on the cockpit, except for those coming from Apple Maps through CarPlay or Waze through Android Auto. Music playback can also appear there, though there’s not much to look at, in that case.

And, of course, you have car information and diagnostics. Speed and distance, naturally, but also various other elements, including drive mode, driver assist, and much more. 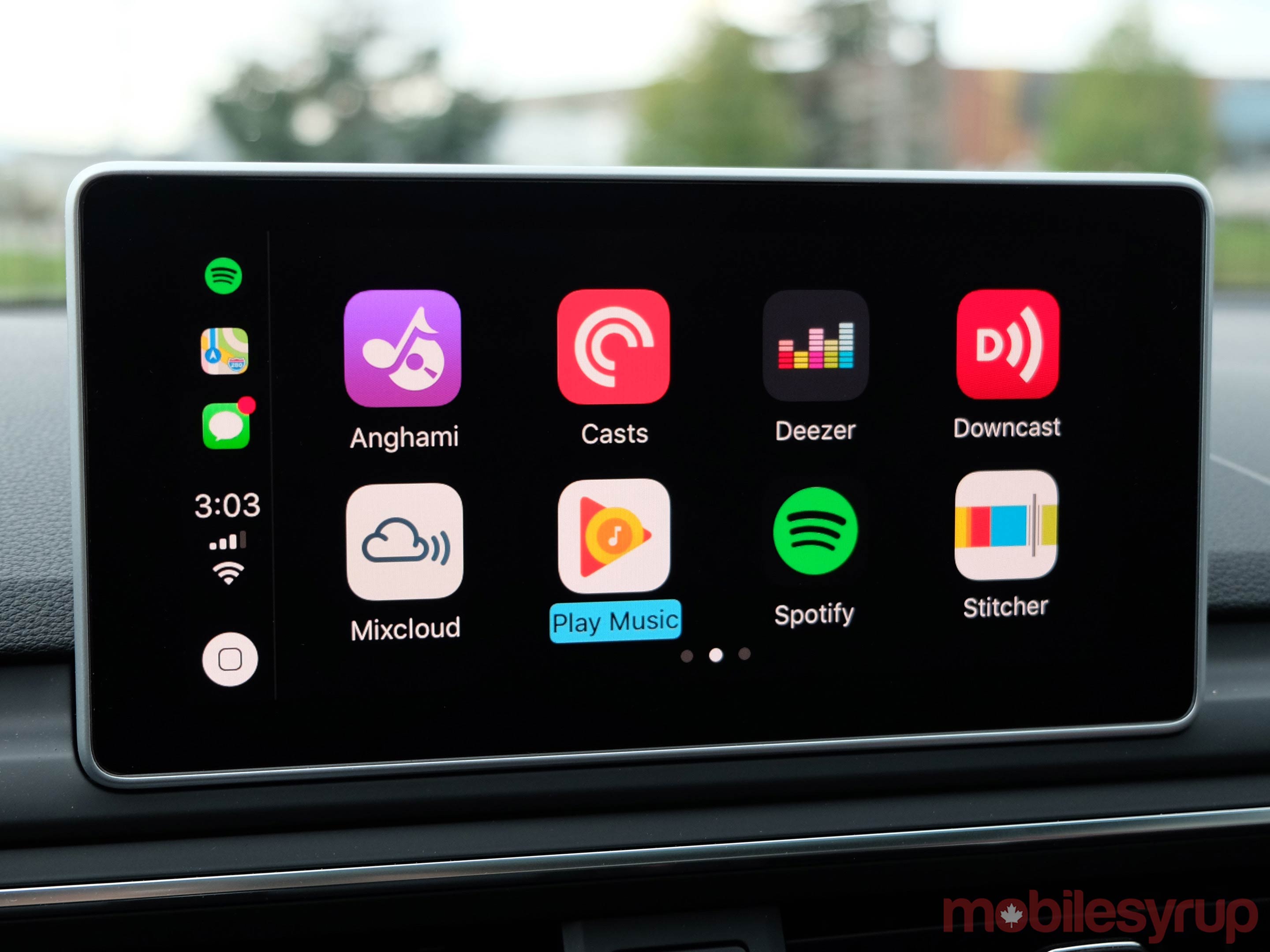 One of the smartest moves in an otherwise heavy system was to make CarPlay easy to find. The main menu wisely separates media from smartphone integration platforms like this one to simplify navigating to it.

That does also mean it won’t necessarily launch on its own when plugging in an iPhone. The setup was dead simple. Once I confirmed the connection, I could access it anytime. Except, when I first plugged it in every time I got into the car, I had to confirm the selection in the main menu.

I would’ve preferred it go straight to CarPlay since the physical buttons on the control pad could easily switch over to MMI anyway. An Audi app on the CarPlay interface itself also does the trick.

Like BMW with anything other than the 5 Series, drivers have to use the rotary wheel to navigate CarPlay. The two side buttons flanking it can play a role, though I found they were more inherently useful with Android Auto.

Unlike VW, however, Siri still requires a long press of the voice button on the steering wheel, meaning Audi’s own voice recognition is always active, regardless. Indeed, Audi’s MMI is never fully neutered, no matter what you do on CarPlay. Pressing the navigation button will switch over to the map, but won’t disable audio playback. Moreover, if I had turn-by-turn directions going via Apple Maps, the factory navigation wouldn’t supersede it unless I started a new route with it.

Like with Android Auto and Bluetooth streaming, MMI separates volume levels for music and phone calls — a smart tweak that not every vehicle offers. 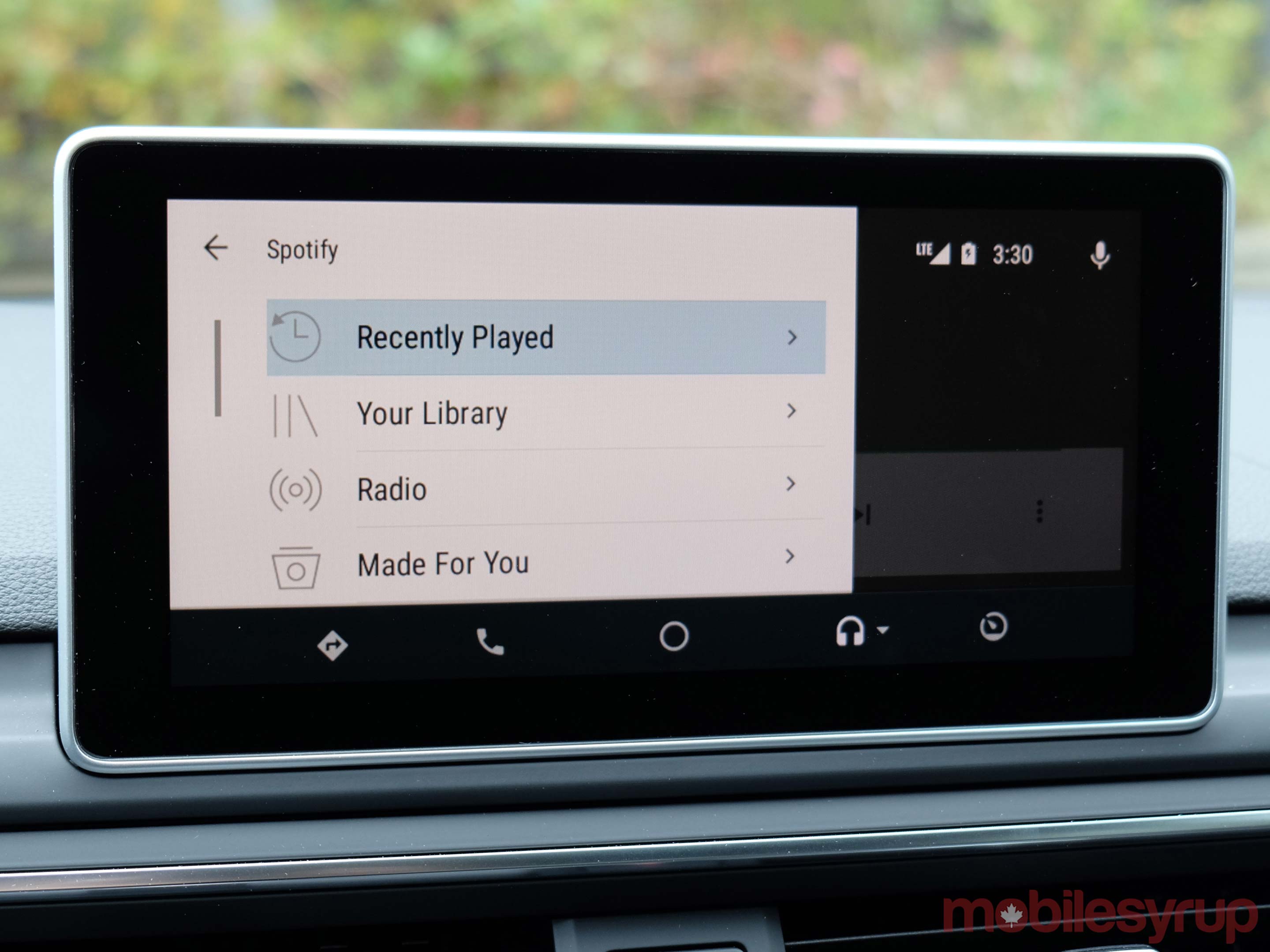 Interestingly, I found Android Auto a little better suited to Audi’s physical controls. Google’s platform isn’t icon-heavy like Apple’s is, so the card-based layout becomes easy to figure out with the wheel and side buttons.

For example, I could always access the top left menu by pressing the left button, and then turn and press the wheel to make a selection. Tilting the wheel in either direction also does the same thing, and quickens the shift from the cards or settings on the main part of the screen to the navigation bar below.

Google Assistant kicks in by either long pressing the steering wheel’s voice button or selecting the microphone icon on the interface. Like Siri in CarPlay, this was a pretty seamless integration.

It is technically possible to have CarPlay running with Android Auto on deck, or vice versa. MMI has a setup that gives priority to what is the “primary device,” making the secondary device still accessible in some form. For example, once CarPlay stopped running, Android Auto could appear as an option on the main menu.

This isn’t a common scenario from my experience — with the recent exception of the GMC Terrain — but it is pretty neat. It is also possible to have one platform running, while Bluetooth streaming or calling from another device. 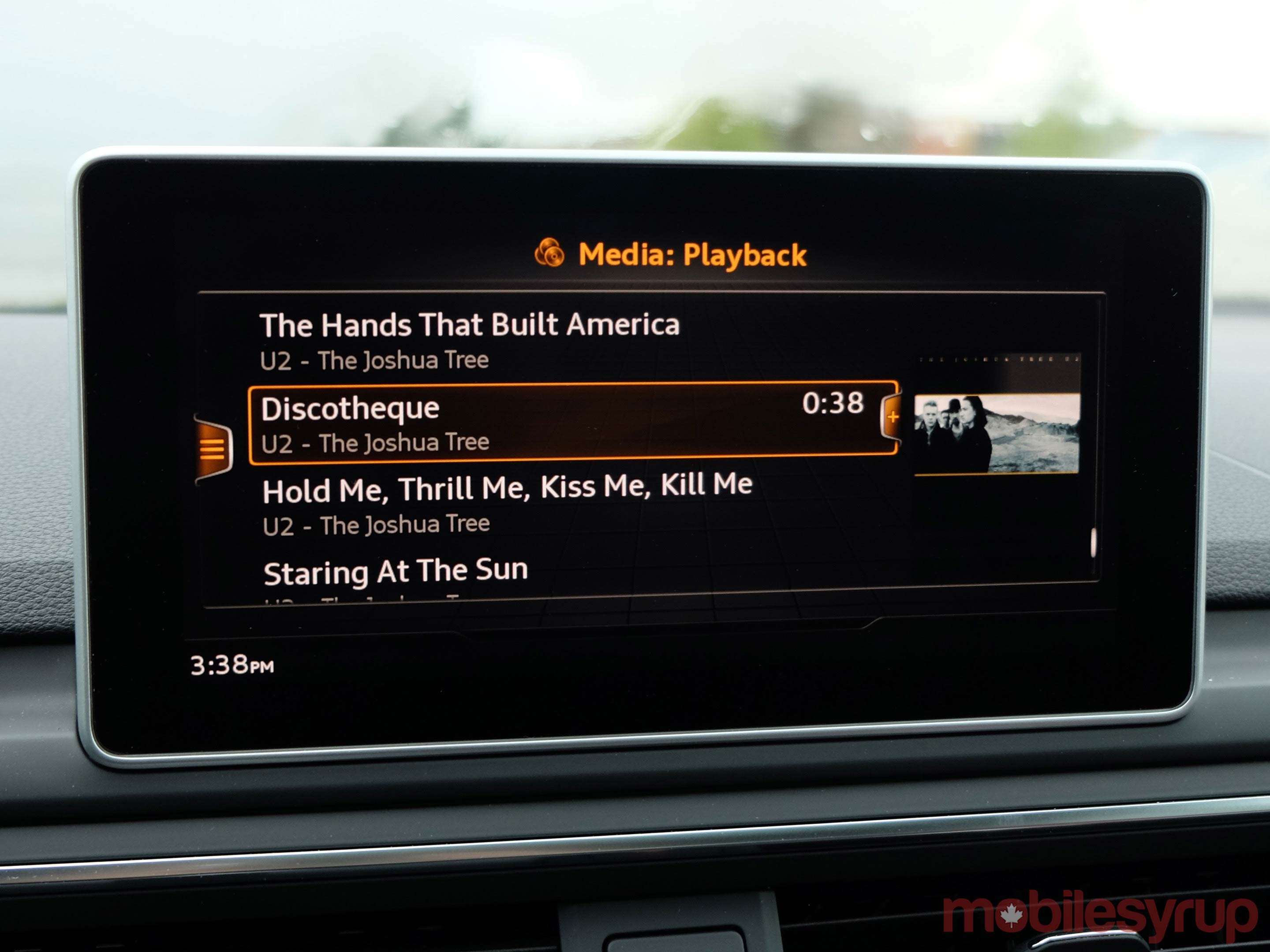 For those who have music files and want to store them in the car, there’s 20GB free to use in the S4. Jukebox has been a staple in MMI for years, so nothing in it is all that new, but the voice recognition felt like an improvement.

Asking to play a specific song or tracks by a specific artist worked almost every time. The key was that the audio file was compatible (MP3, M4A, AAC and WMA) and that metadata was readable. The easiest way to store them was actually using the SD card slot in the glove box, with Wi-Fi Direct being another option.

This is a step forward for Audi’s MMI system, even if it is a cautious one, overall. iOS and Android integration are miles ahead of where it was in prior models, and the interface feels more fluid and modern.

On the other hand, having an in-car SIM without hotspot functionality does seem like a tease. The myAudi app is nice to have, but not especially deeply integrated. A car’s built-in connectivity says a lot about what could happen to it down the line, which is why this version of MMI is a step, rather than a leap.