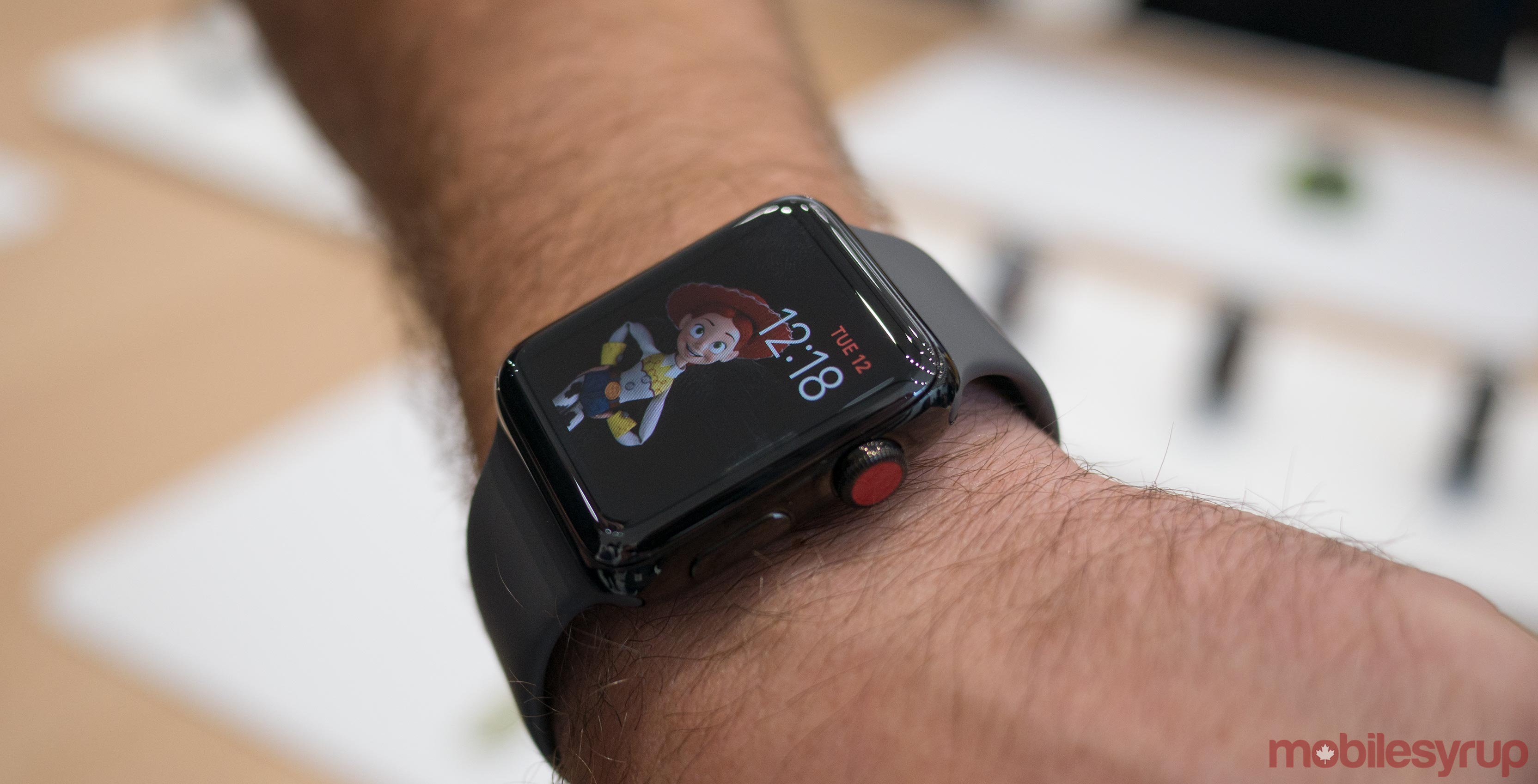 Apple today announced the Watch Series 3, which the company will offer in both 4G LTE and non-LTE versions.

The Apple Watch Series 3 with cellular connectivity will be available at Bell and Telus, though Bell is only carrier to have its system prepped for a September 15th pre-order date. The carrier says the watches will hit shelves beginning September 22nd.

A Telus spokesperson, meanwhile, tells MobileSyrup that the company “looks forward to launching the Apple Watch 3 as soon as the systems technology is in place; it’s part of our commitment to putting customers first.” It later updated its website to say the Watch Series 3 will arrive “later this year.”

While Telus and Bell were the only two carriers to officially confirm stocking the LTE Apple Watch Series 3, more carriers may join as systems for the service are put in place.

Rogers, however, has informed us that it will not carry the Watch Series 3 for the time being, nor will its sub-brand Fido.

In a statement to MobileSyrup, a spokesperson said: “We expect a lot of excitement around the new iPhone models and that is what we are focusing on. Rogers and Fido are not currently carrying the Apple Watch. Carrying the Apple Watch will be something we look at as we expand of our device portfolio.”

The LTE-capable Apple Watch Series, available in gold, silver and space grey aluminum or silver and space black stainless steel, will start at $519, while the non-LTE version will cost $429.

Check out the details on what each carrier is offering below. This article will be updated as and when we receive more information.

Let us know what you think of the new LTE watches below!

Correction: Telus and Bell have informed MobileSyrup that the Apple Watch Series 3 will only be coming to Bell by September 22nd. Telus cannot confirm the exact date for launch, stating it will arrive when “the systems technology is in place.”