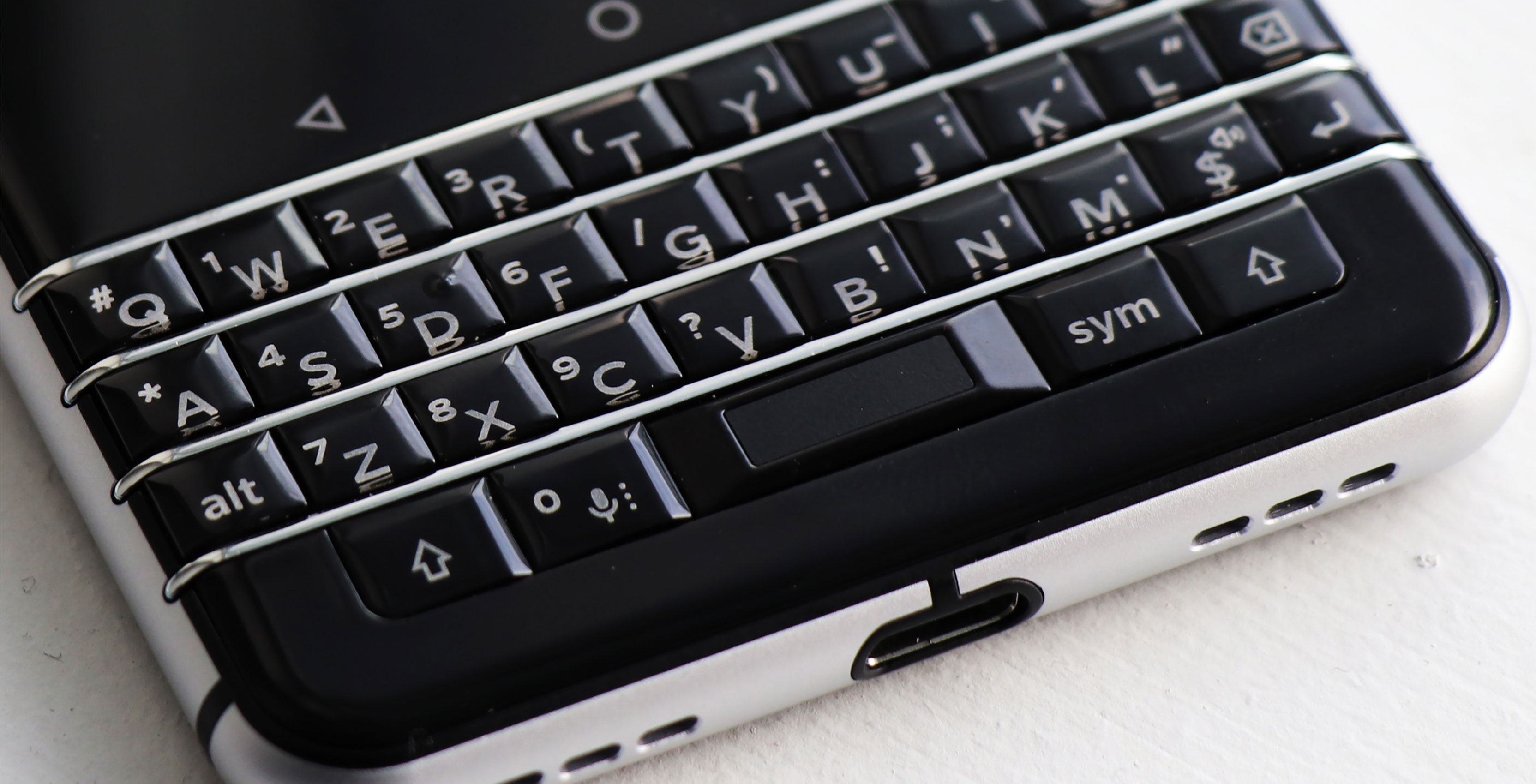 For some, BlackBerry’s new KEYone flagship phone will seem like a pointless attempt at regaining lost respectability, but with less risk attached this time around, the device may hit the right note for a modest user subset.

An Android phone through and through, the KEYone puts the physical QWERTY keyboard (dubbed the “Smart Keyboard”) front and centre for the classic BlackBerry look. Indeed, the BlackBerry Classic appears to have been an inspiration here, but there’s a mix of this design that is unusually interesting.

Having seen the device during CES in January, it’s now evident nothing really changed on the outside. At the time, specs inside weren’t revealed, but it is equally clear some sacrifices were made, despite Android 7.1.1 Nougat coming pre-loaded.

As has been the case with just about every BlackBerry to launch in the last few years, the KEYone comes with questions over who it is made for. Business users who want physical keys? Or are personal users likely to find something uniquely worthwhile in this device?

A throwback with a twist 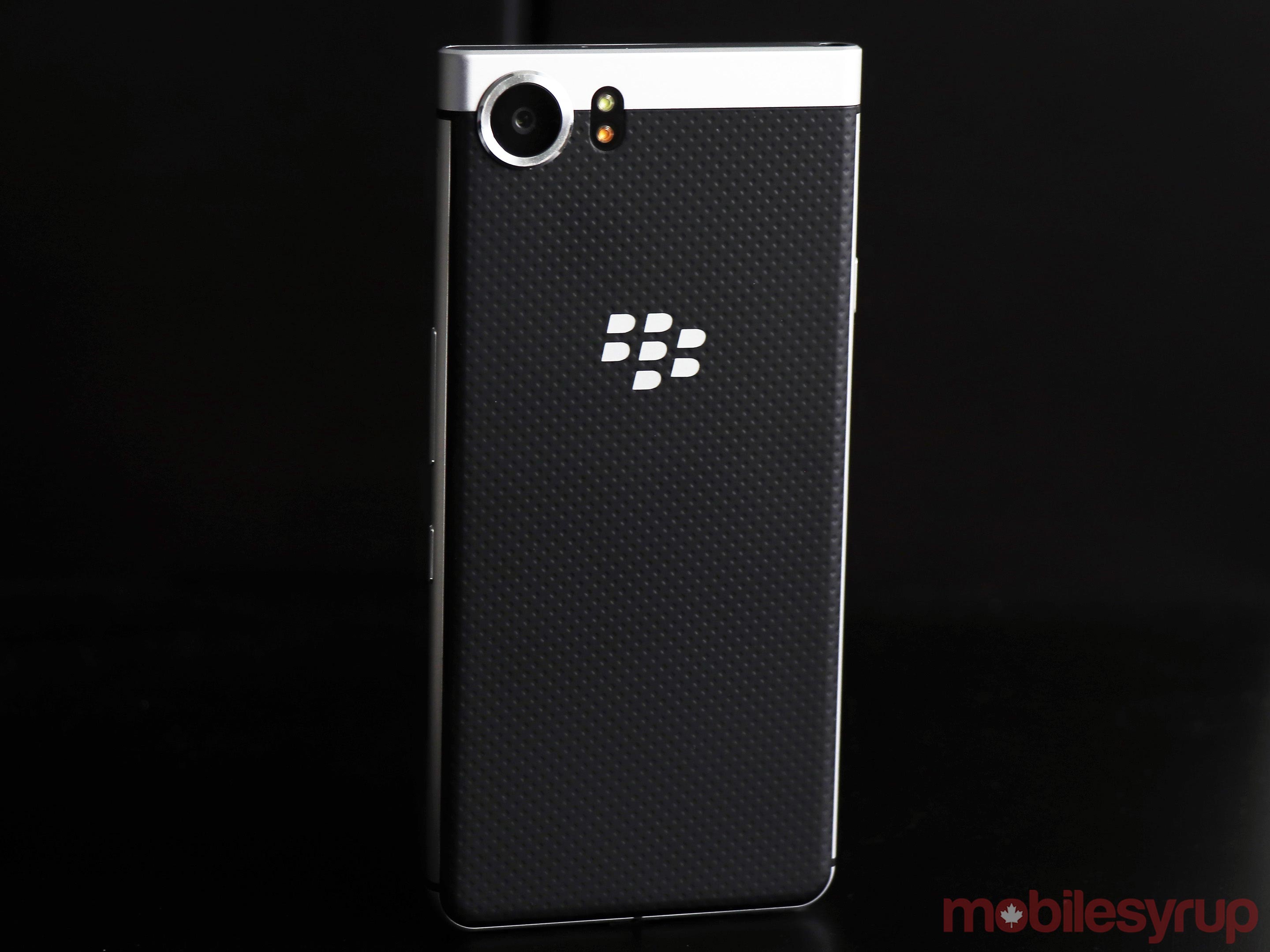 The KEYone’s design philosophy sits in stark contrast to what Samsung and LG have already unveiled with their respective flagships. They increased screen size at the expense of the bezels surrounding it. BlackBerry and TCL could do no such thing because of the physical keyboard sitting below the 4.5-inch display.

BlackBerry attempted something similar before with the Passport, except that device’s squared form factor was an acquired taste. This design feels different. It’s certainly wieldier, but it also conveys a feeling of being more in line with the quality of other Android handsets. The aluminium frame not only looks nice but feels rigid to hold. The KEYone doesn’t have front-facing speakers like the DTEK60 does, yet the external sound is still more than adequate.

Certain details were carried over from the Passport, particularly the keyboard’s touch-sensitive gestures and the rubberized back. Adding a fingerprint sensor to the space bar also proves to be a wise move, adding a fitting security layer for the device’s promise of heightened protection. 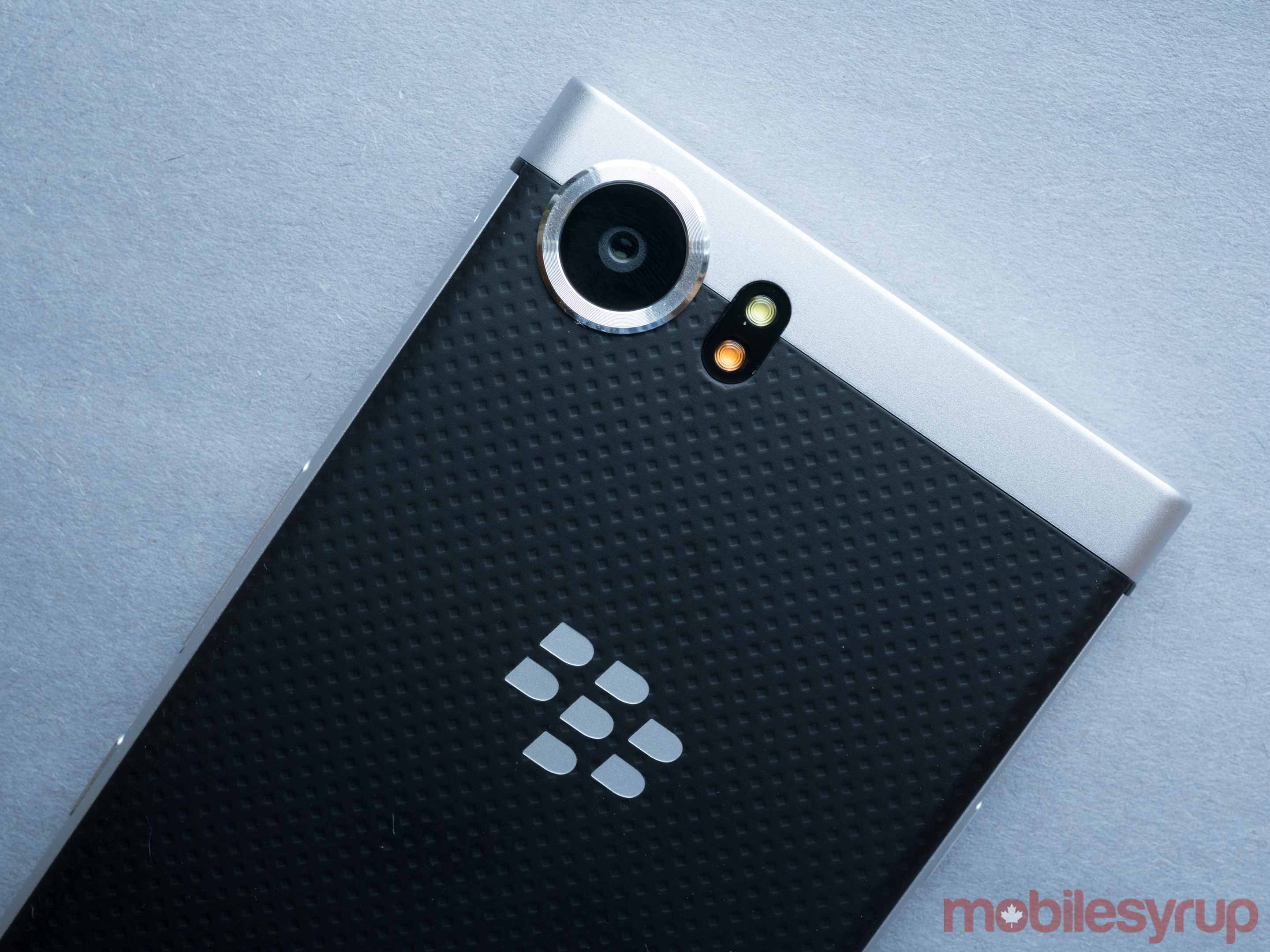 TCL’s fingerprints (no pun intended) are evident too. The Convenience key on the right edge below the volume buttons mirrors the design and functionality seen in the DTEK50 and DTEK60.

Beyond that, it’s clear both BlackBerry and TCL wanted to avoid recycling components. The Qualcomm Snapdragon 625 is hardly cutting-edge, but the inclusion of the Sony IMX378 image sensor for the 12-megapixel rear camera represents a boost compared to what the previous models used. The keyboard itself is obviously a throwback with plenty of familiarity to it, just not as an exact replica of the one used in the Classic.

A different kind of screen 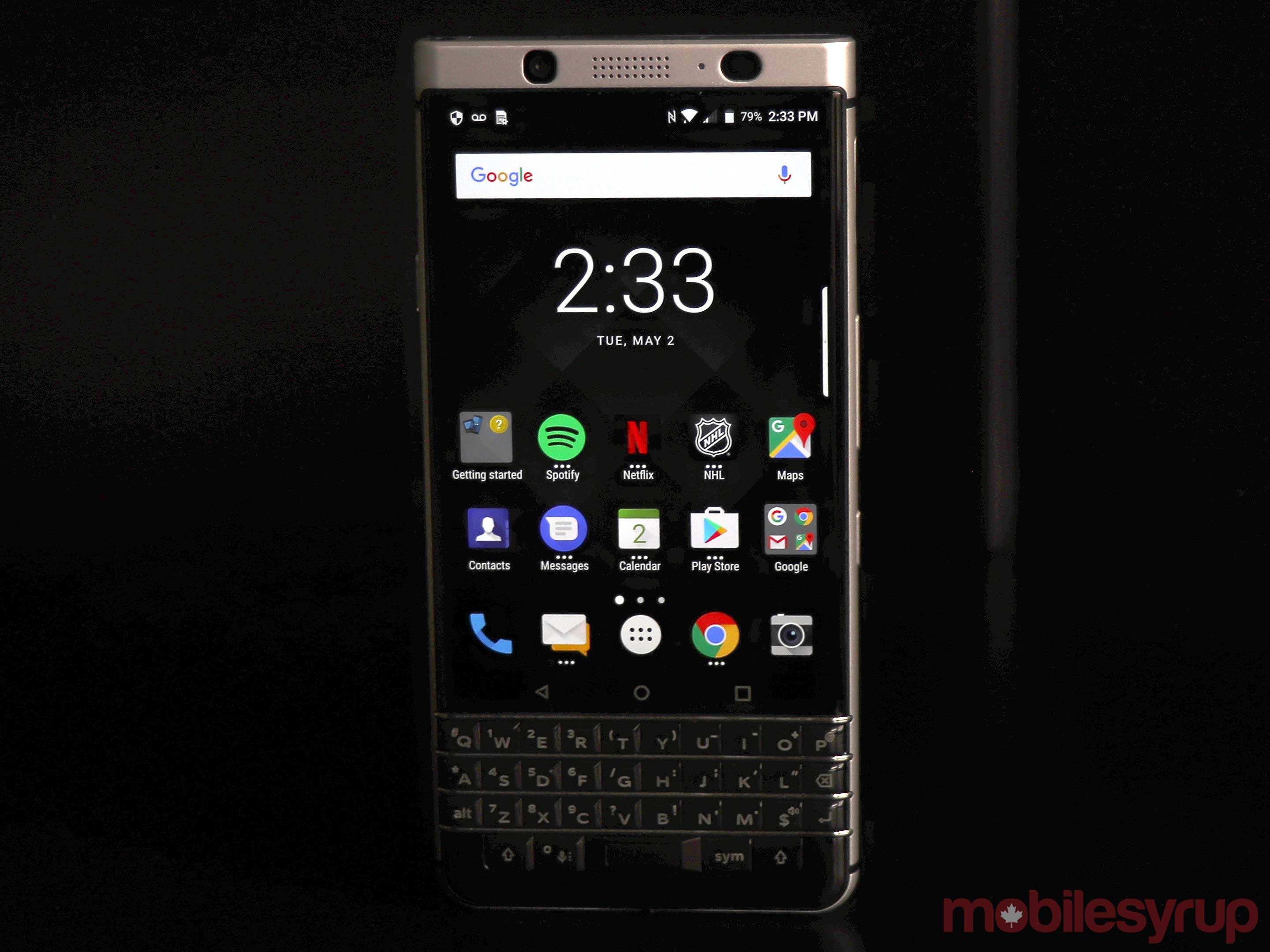 With the keyboard figuring so prominently in the KEYone, the 4.5-inch display also takes some getting used to. This isn’t like the Priv, where you could effectively ignore the slide-out keyboard altogether. The two work in tandem a lot here, and by default, the virtual keyboard is nowhere to be found.

It’s an easy fix through the settings, but it’s the kind of presumptive move BlackBerry diehards would love, whereas others might feel too restrictive. Personally, I took a hybrid approach and enabled the virtual keyboard too.

The screen’s 1620 x 1080 pixel resolution is HD, albeit with a 3:2 aspect ratio. Again, this is the opposite of the 18.5:9 aspect ratio featured in devices like the Galaxy S8 and LG G6. Not surprisingly, black bars appear above and below videos unless they’re older shows filmed in 4:3.

It affects apps less, but there’s an obvious trade-off at work when using an app or playing a game that looks better with wider screen real estate. An old mantra might be that productivity doesn’t discriminate on screen size, but I would argue that’s less true today than ever before. Granted, space is less of an issue when composing messages, but with the industry seemingly bursting at the seams to go bigger, the KEYone does feel like an outlier. 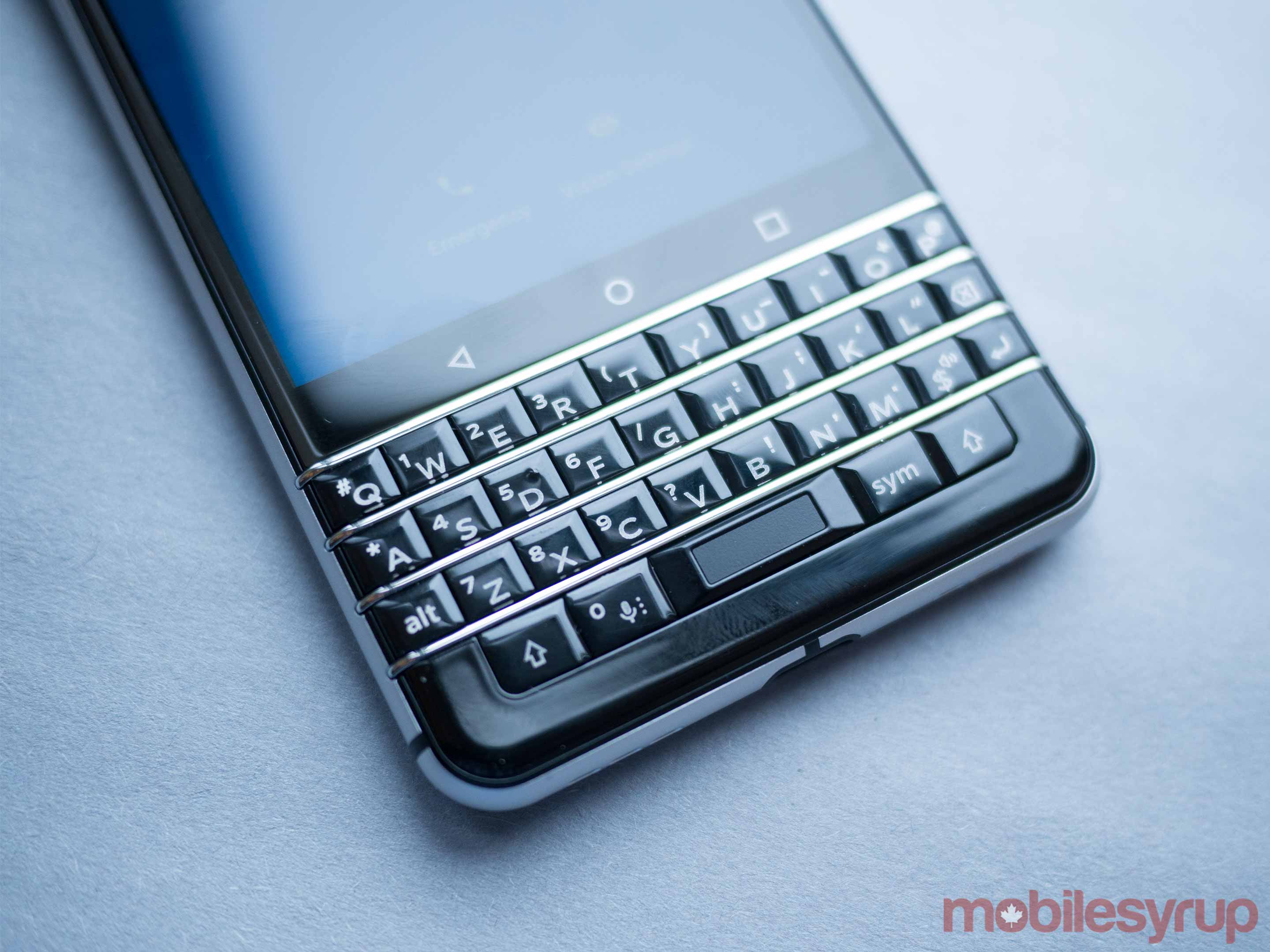 BlackBerry users know the physical keyboard has utilitarian qualities, except it’s debatable whether that detail is widely known these days. Shortcuts can be assigned to all 26 keys, multiplied by two for 52 total.

This isn’t new, and was a fixture going back to the Priv, except the convenience does get easier to appreciate over time. Holding down a key to call someone or launch a specific app makes the keyboard more than just a tool to type messages or emails. Other phones use a dedicated physical button to do something specific, be it the Bixby launcher on the Galaxy S8 and S8+ or the physical camera shutters Sony has used for years.

Even with the Convenience key on the right edge, the extra shortcuts are nice to have because of the key’s limitations. I tended to use it more as a shortcut to a map destination rather than anything to do with productivity. The keyboard’s shortcut options were considerably more extensive. 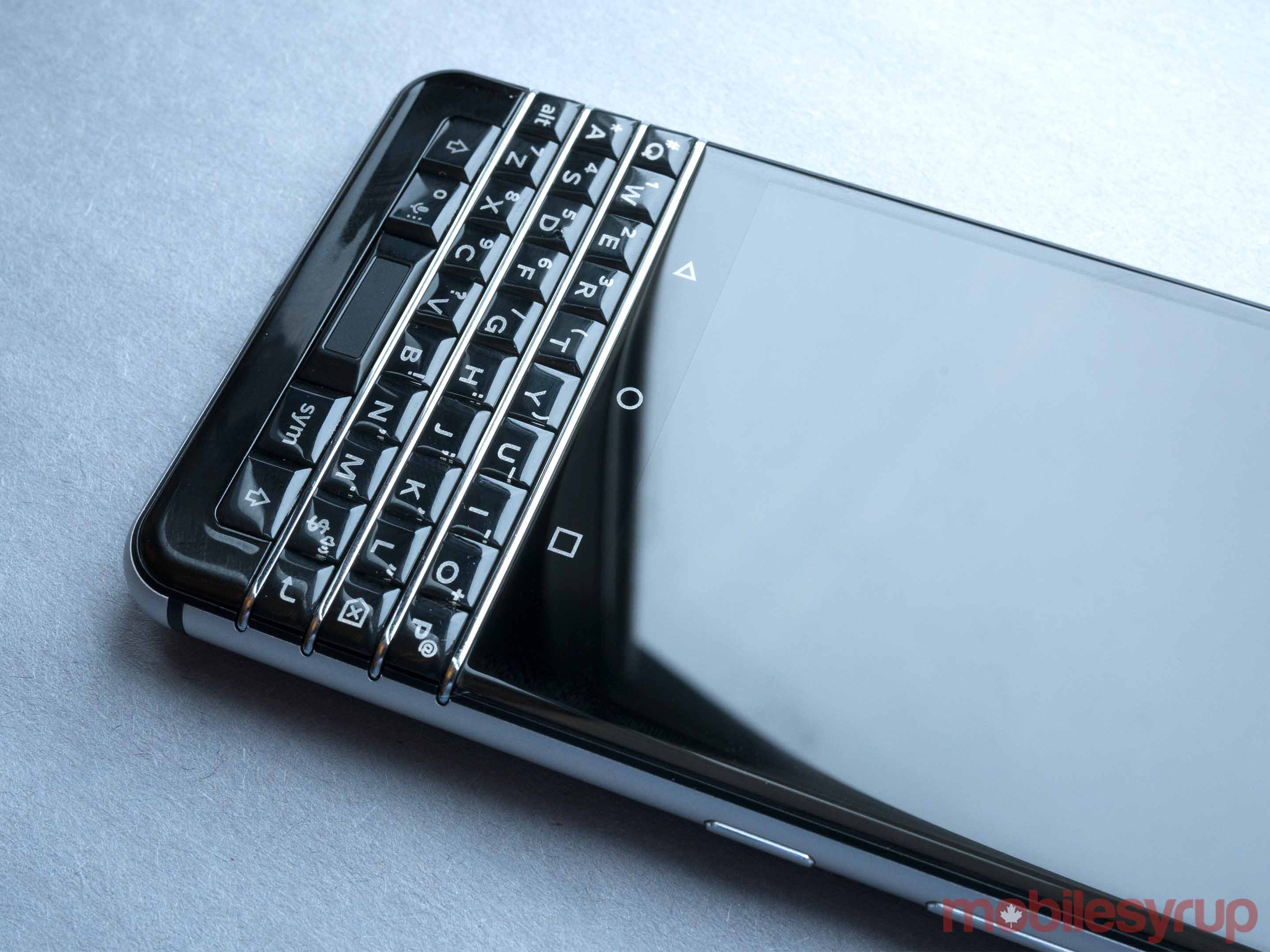 The fingerprint sensor on the keyboard is not only well-placed, it is also wonderfully responsive. It felt like nanoseconds to unlock the screen by simply placing either thumb there. Plus, being able to unlock the screen while the phone rests on a table is a big reason why I like the sensor in front rather than on the rear.

The touch-sensitive gestures for scrolling and erasing text are pretty much the same. Typing triggers the patented ‘crunch’ sound of the keys. Seasoned BlackBerry users will feel right at home, despite the slightly different keyboard design. 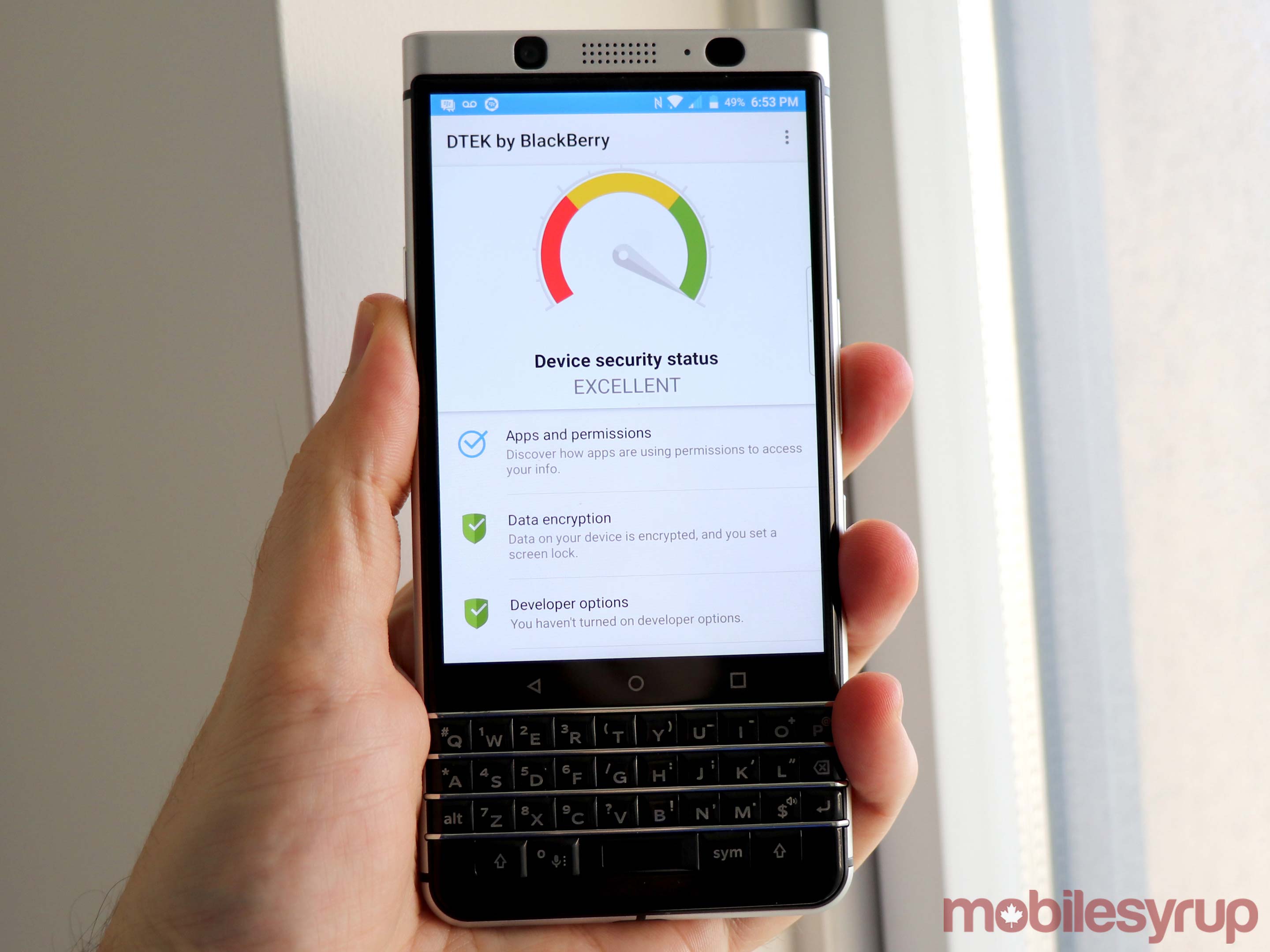 There are no major surprises on the security side, though having Nougat pre-loaded should be a boost. BlackBerry’s monthly security updates come standard in the KEYone. I haven’t heard the company boast of it being “the most secure Android phone” available, but it is implied based on the heritage of the DTEK devices.

Is it true? Android can never truly be fully secure, in my opinion, but at least BlackBerry’s DTEK app simplifies security basics that are otherwise readily available through Android’s settings. The monthly patches are certainly nice, and nothing to scoff at considering how lax other Android manufacturers are at pushing those out. To make it obvious, BlackBerry even added an update app to manually check for updates instead of having to go through the settings.

BlackBerry and TCL can do this because this version Android is almost entirely stock. Save for some of the nuances, like the three-button widgets under apps, for example, it’s all pretty vanilla. 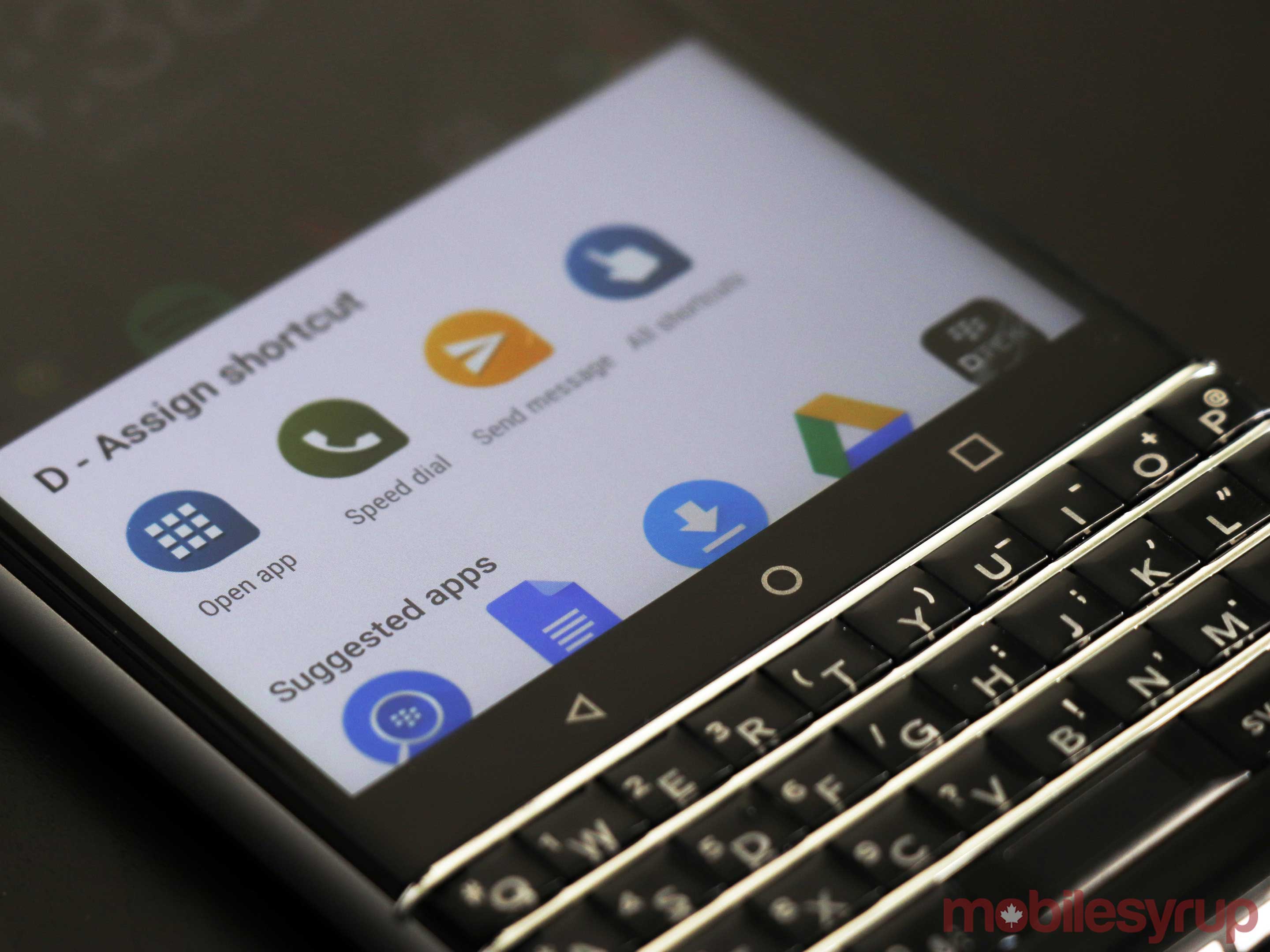 It’s unsurprising that productivity is a pillar the KEYone rests on. A physical keyboard, coupled with the Hub+ suite, makes for a nice combination. Indeed, there is nothing quite like the Hub for messaging on Android. Having text, BBM and multiple email accounts, plus notifications for WhatsApp, Twitter, Facebook, LinkedIn, Slack and Instagram all rolled into one interface is incredibly useful.

It’s lacking the full breadth of the Hub in BB10, but is arguably the best email client on Android, and comes included in the KEYone, with all the various apps that make up Hub+. The Productivity Tab sliding in from the screen’s edge was given a slight makeover recently, and it ties into the Hub reasonably well. I just haven’t found much use for it, personally. 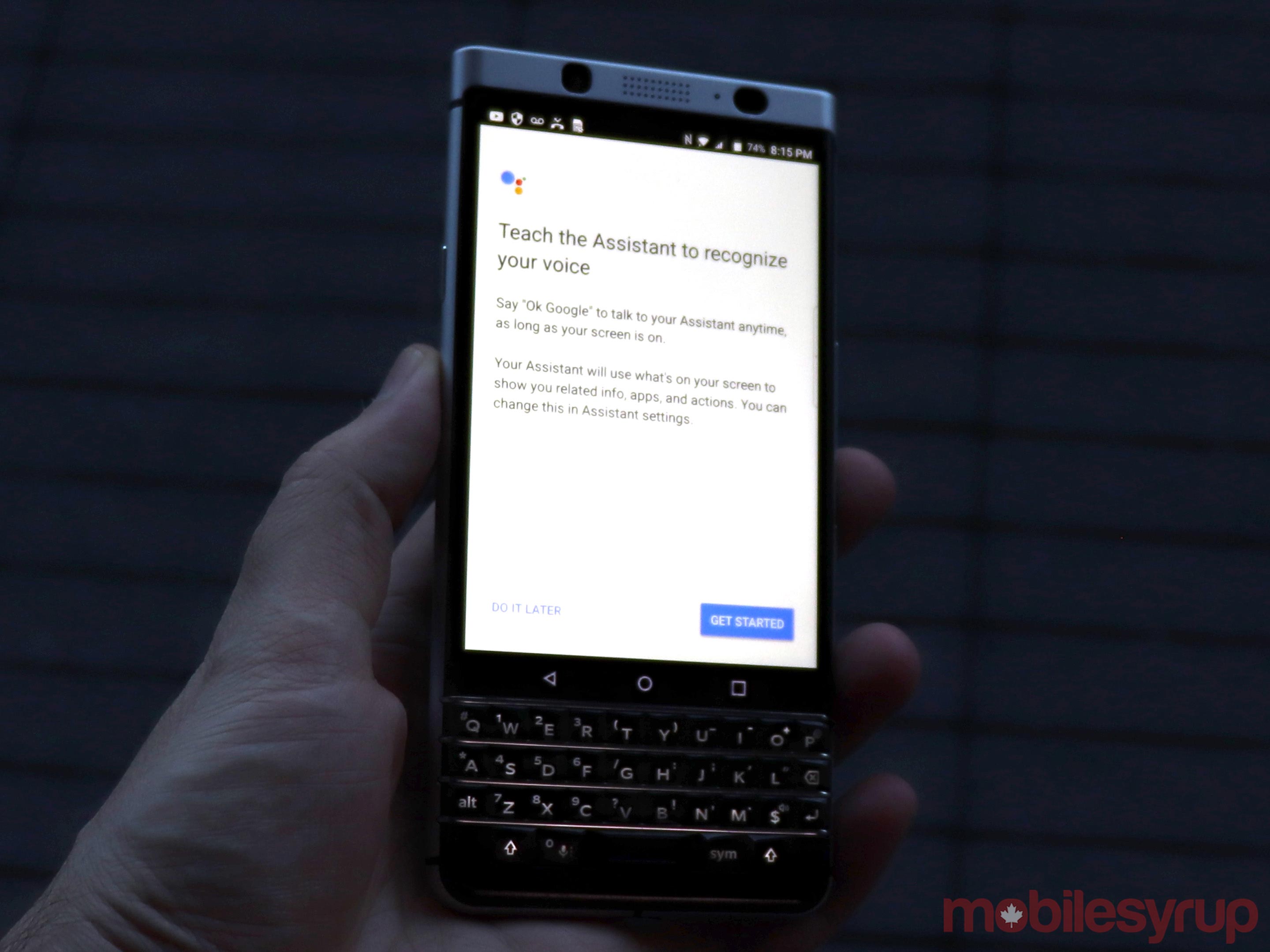 The included app suite does offer something tangible. Notable simplifies annotating images or screenshots. Content Transfer smooths out the process of migrating over to the KEYone. Notes and Password Keeper are carryovers from the Hub.

Workspaces has been included, though it is aimed more at businesses managing devices for employees. The openness of Android naturally provides plenty of options for other productivity apps, leaving more than enough room for customization.

Getting a camera upgrade 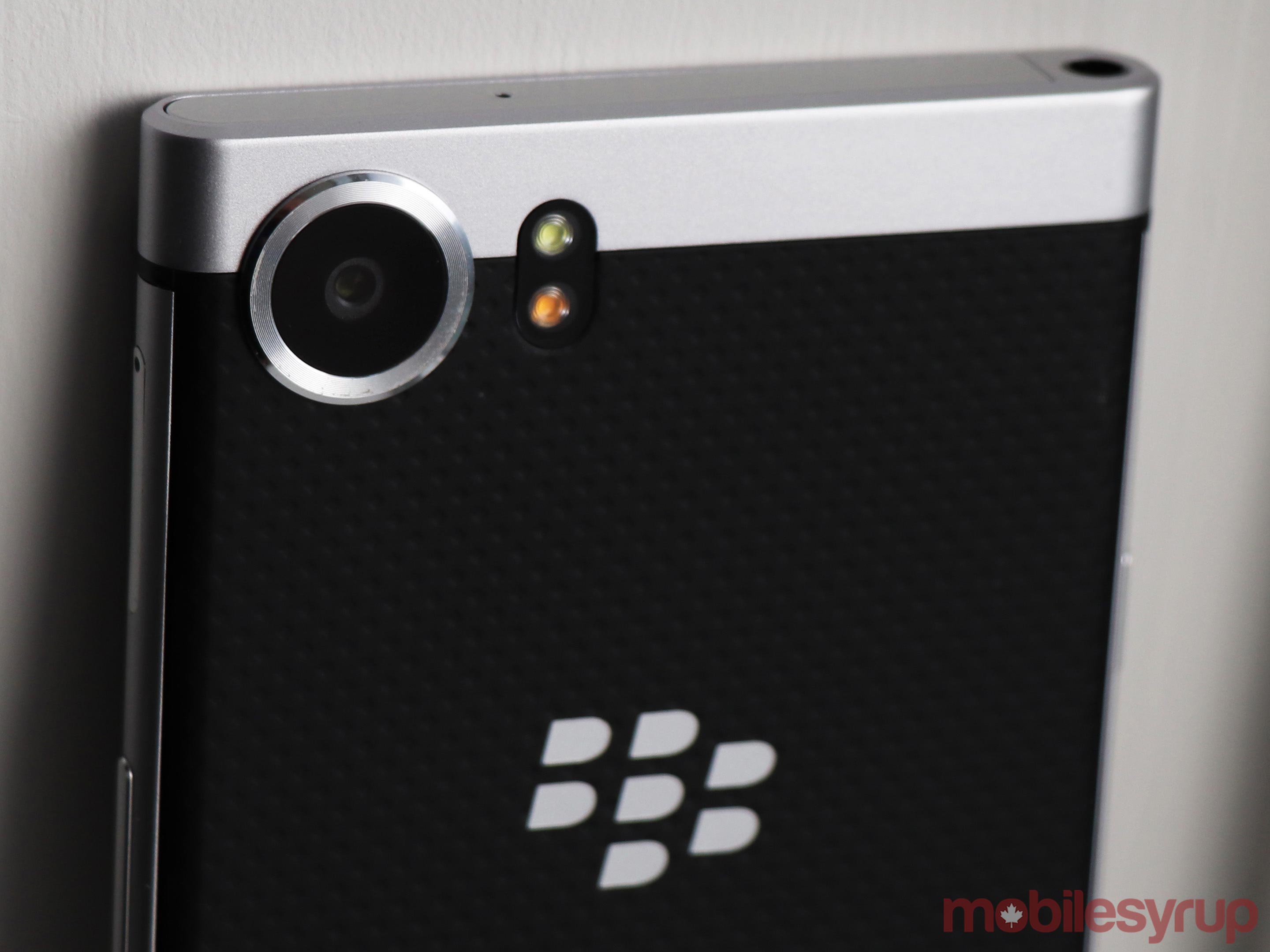 Adding the Sony IMX378 image sensor is an upgrade to what has long been mediocre camera performance from both BlackBerry and TCL. Colour balance and vibrance have certainly taken a step forward in the KEYone as well.

However, BlackBerry needs to fix the focusing and image stabilization. It can be unforgiving when suddenly hitting a tipping point for close-up distances, all but ensuring a loss in sharpness after snapping the photo. A software update could probably fix this, but given BlackBerry’s camera missteps upon launch in the past, this shouldn’t have been overlooked. The autofocus is reasonably quick, though struggles a little when the lights dim. 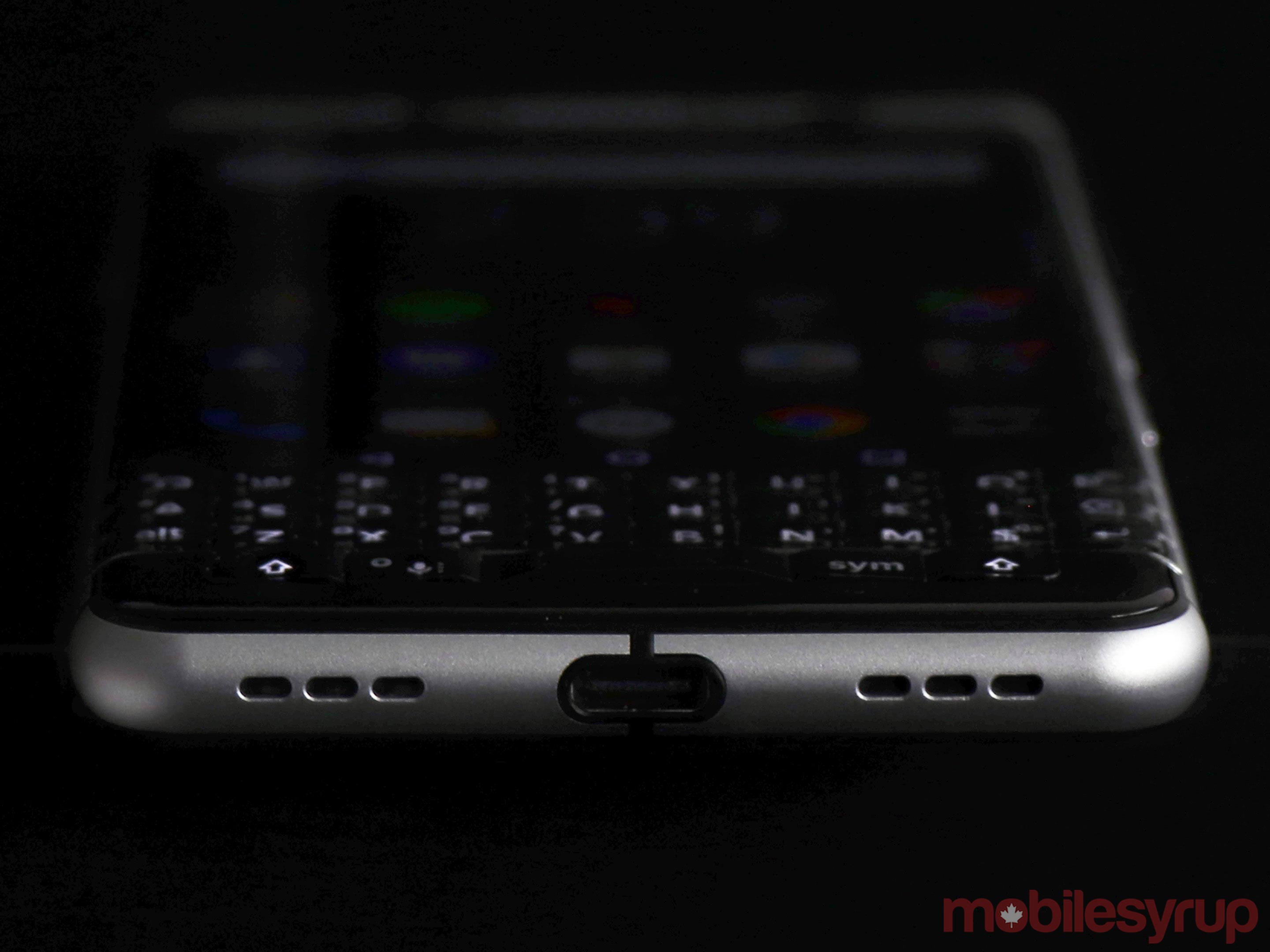 In a strange move, BlackBerry also relegated Manual mode controls to the camera UI’s settings menu, rather than the Mode section. Functionally, it makes little sense, and the worst part is that it doesn’t remember your selection when shooting with the screen unlocked. 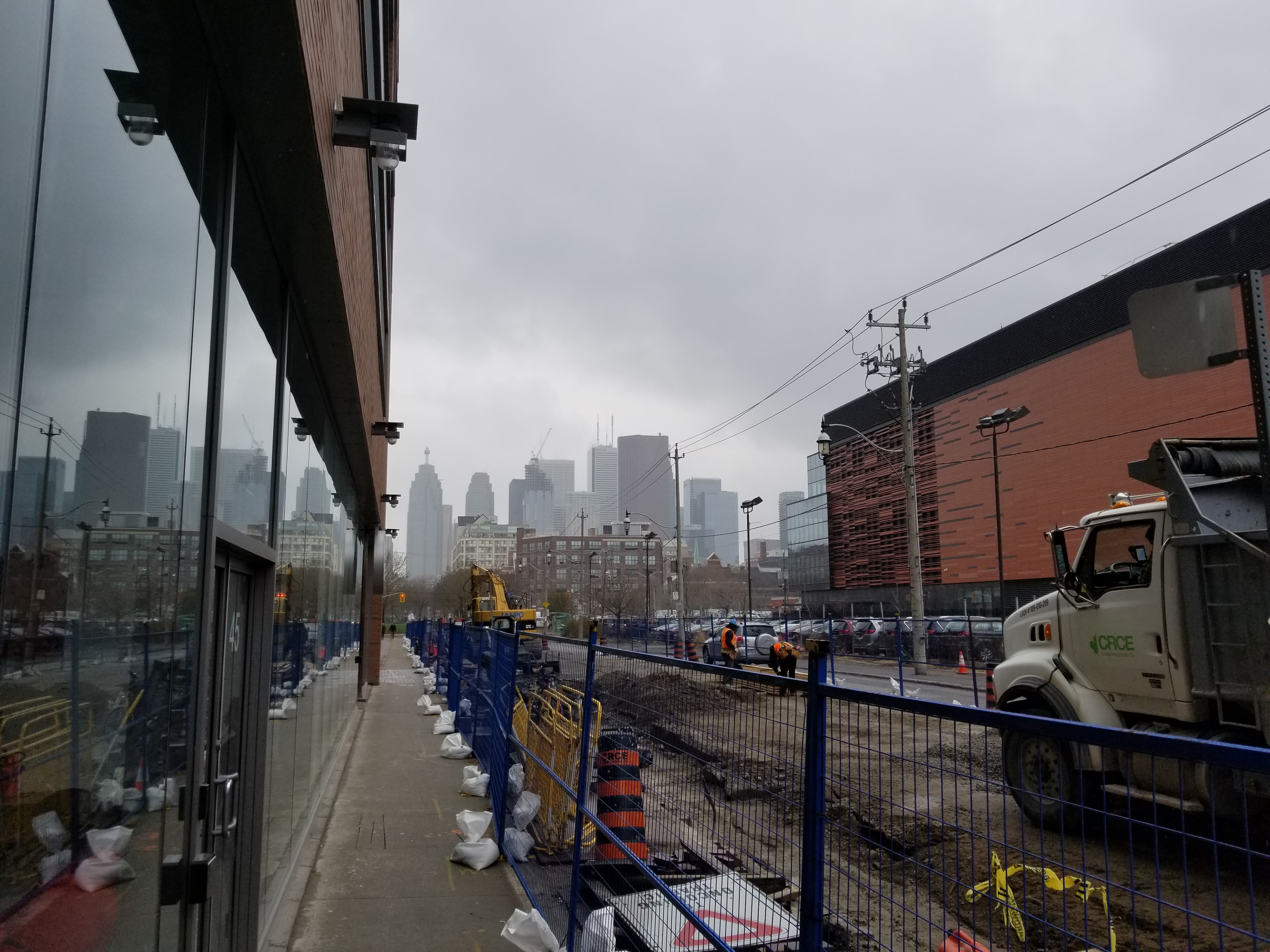 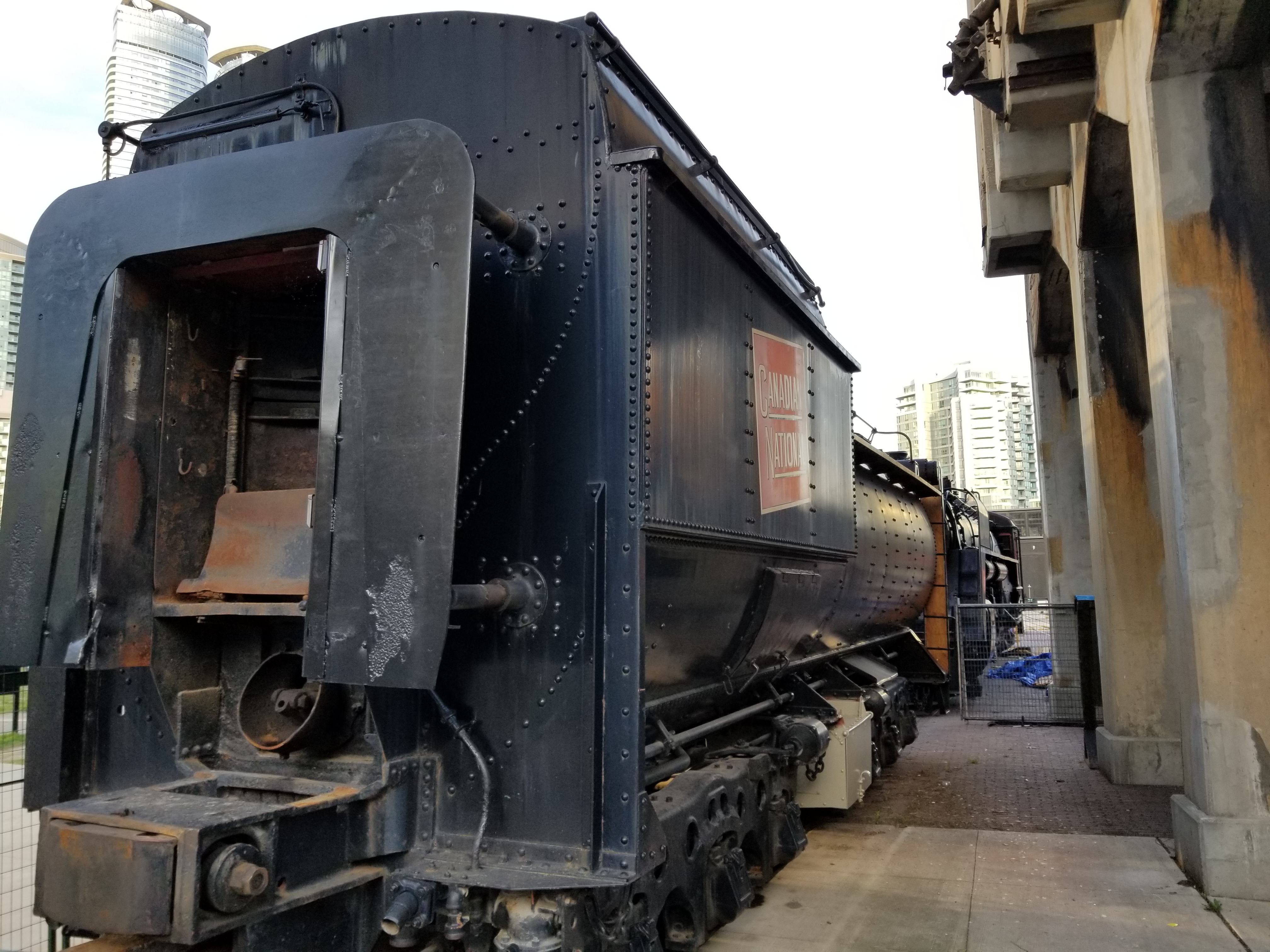 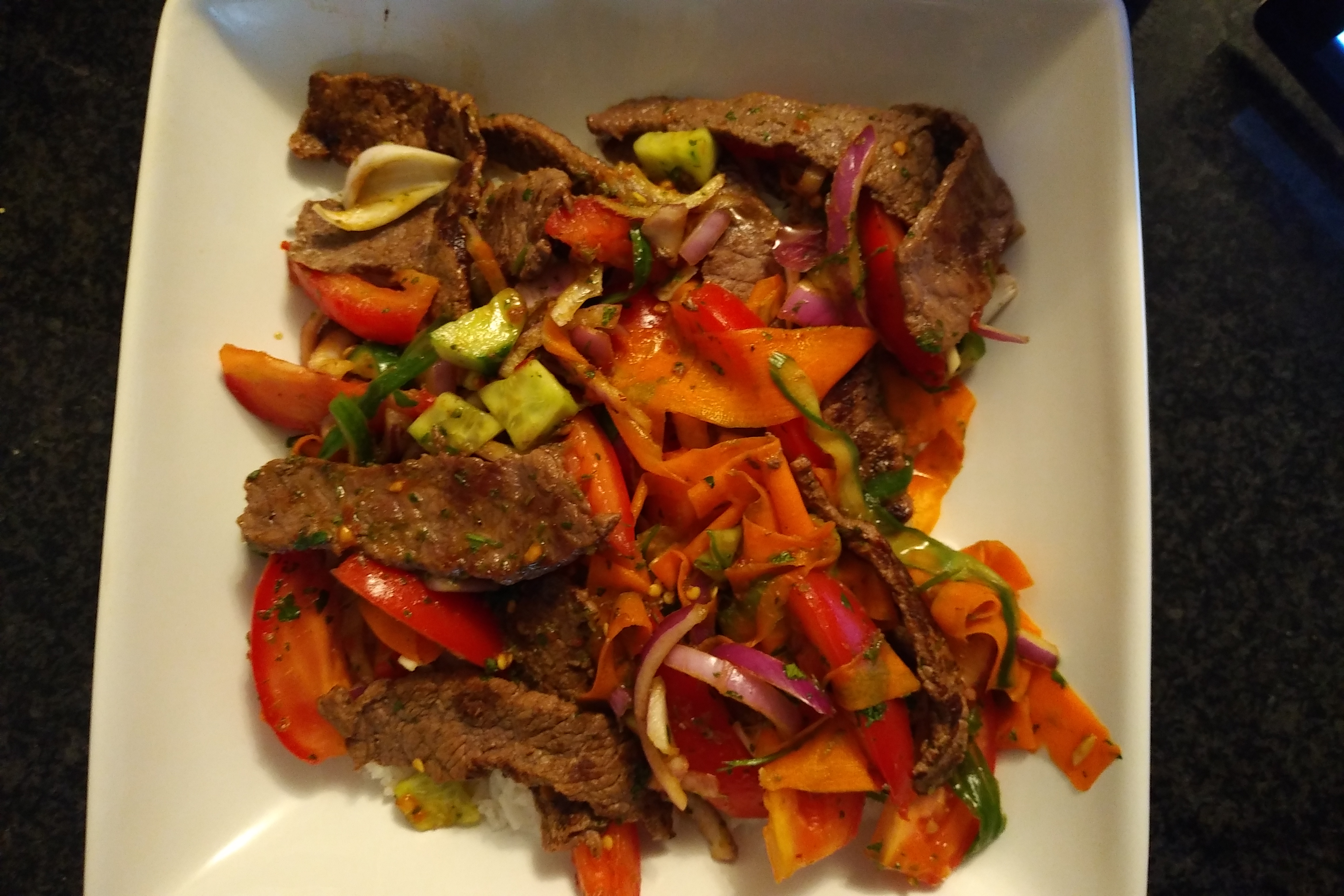 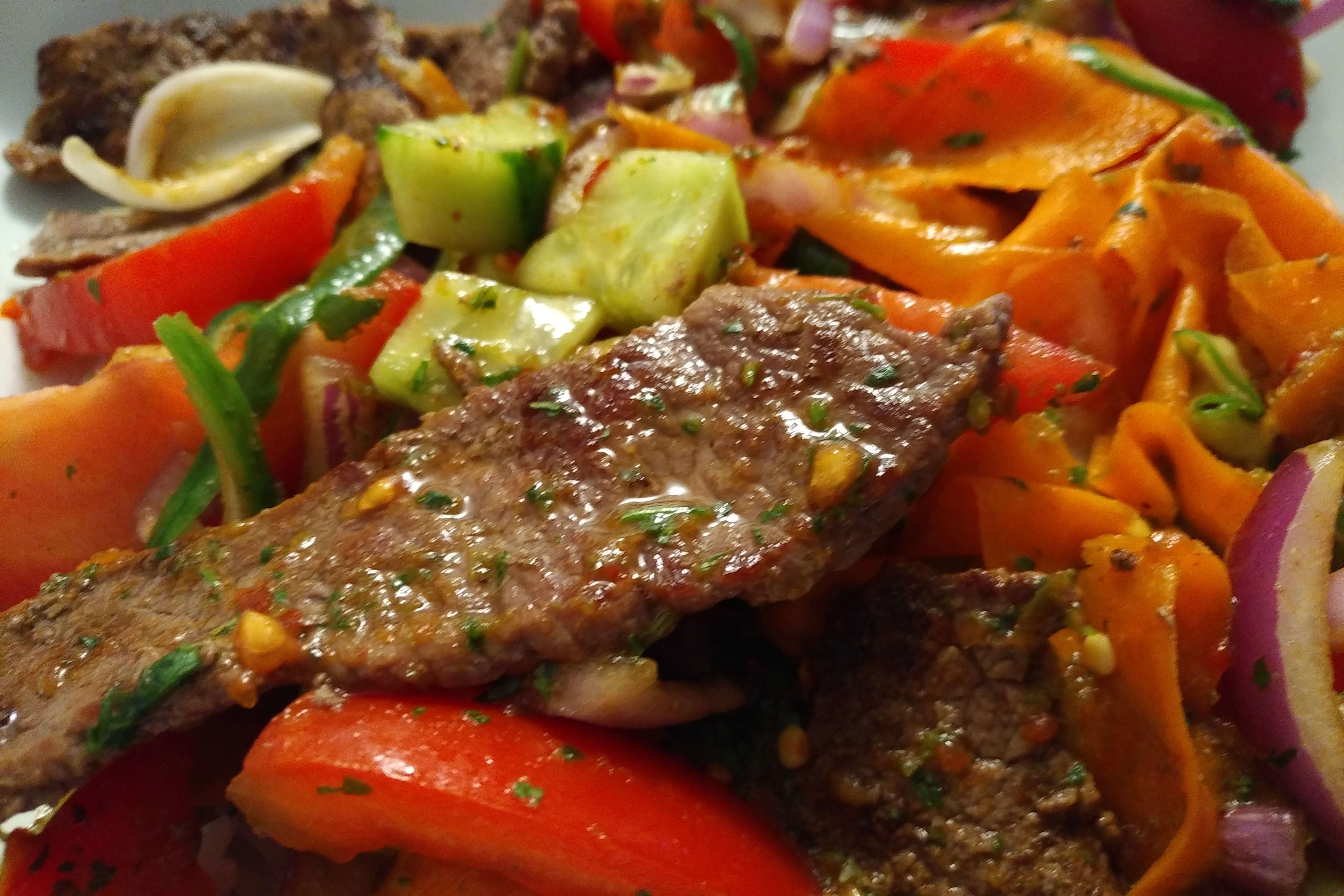 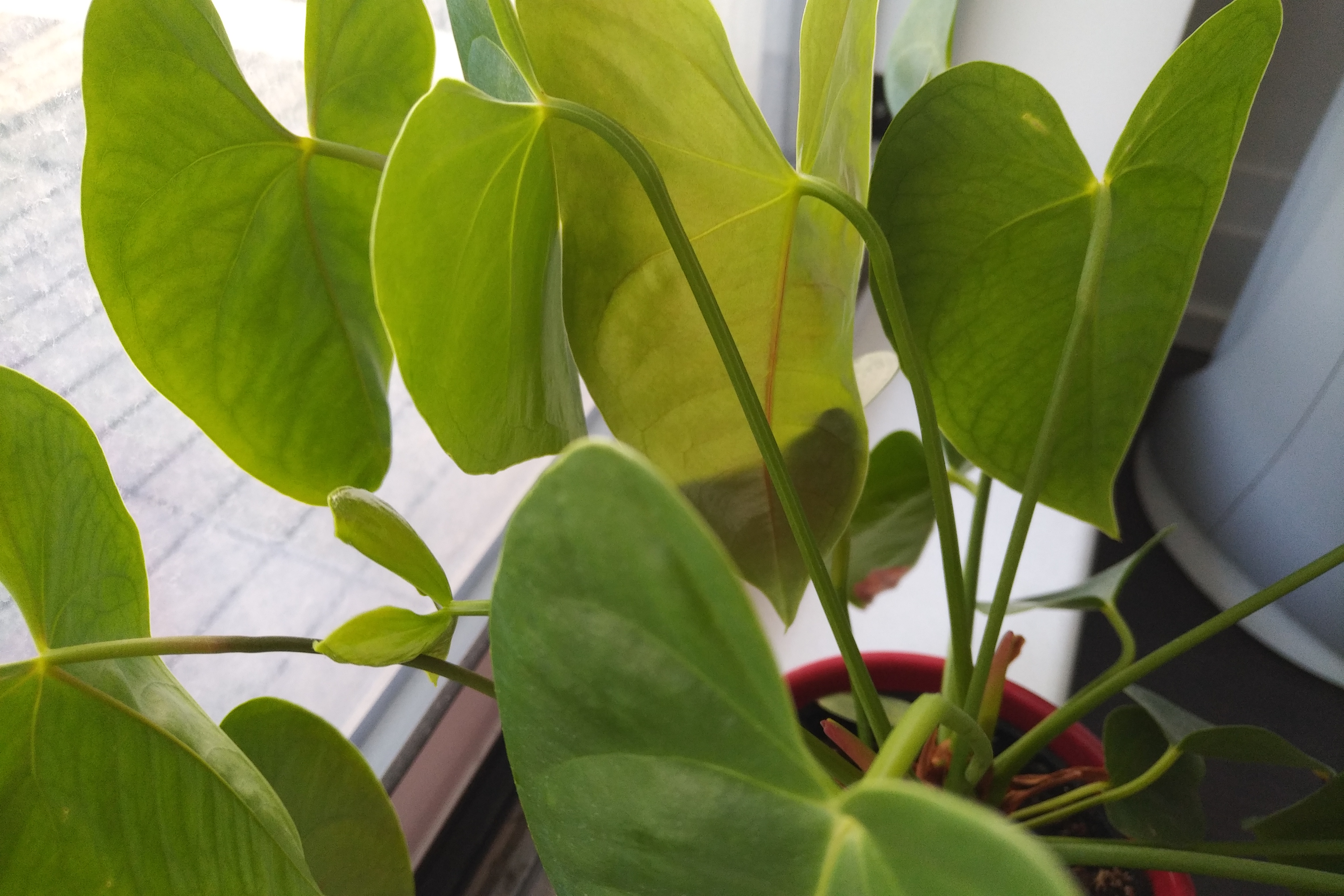 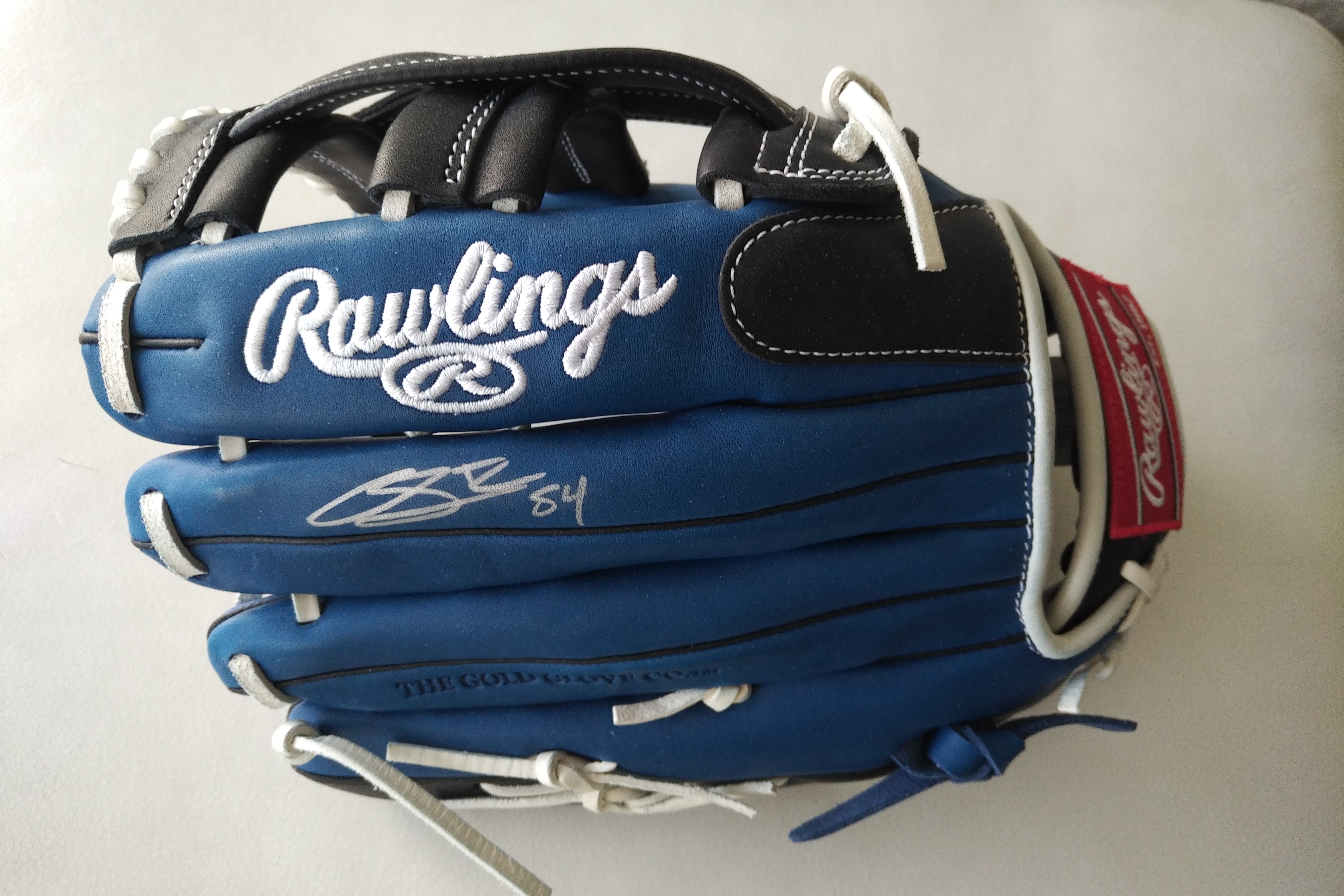 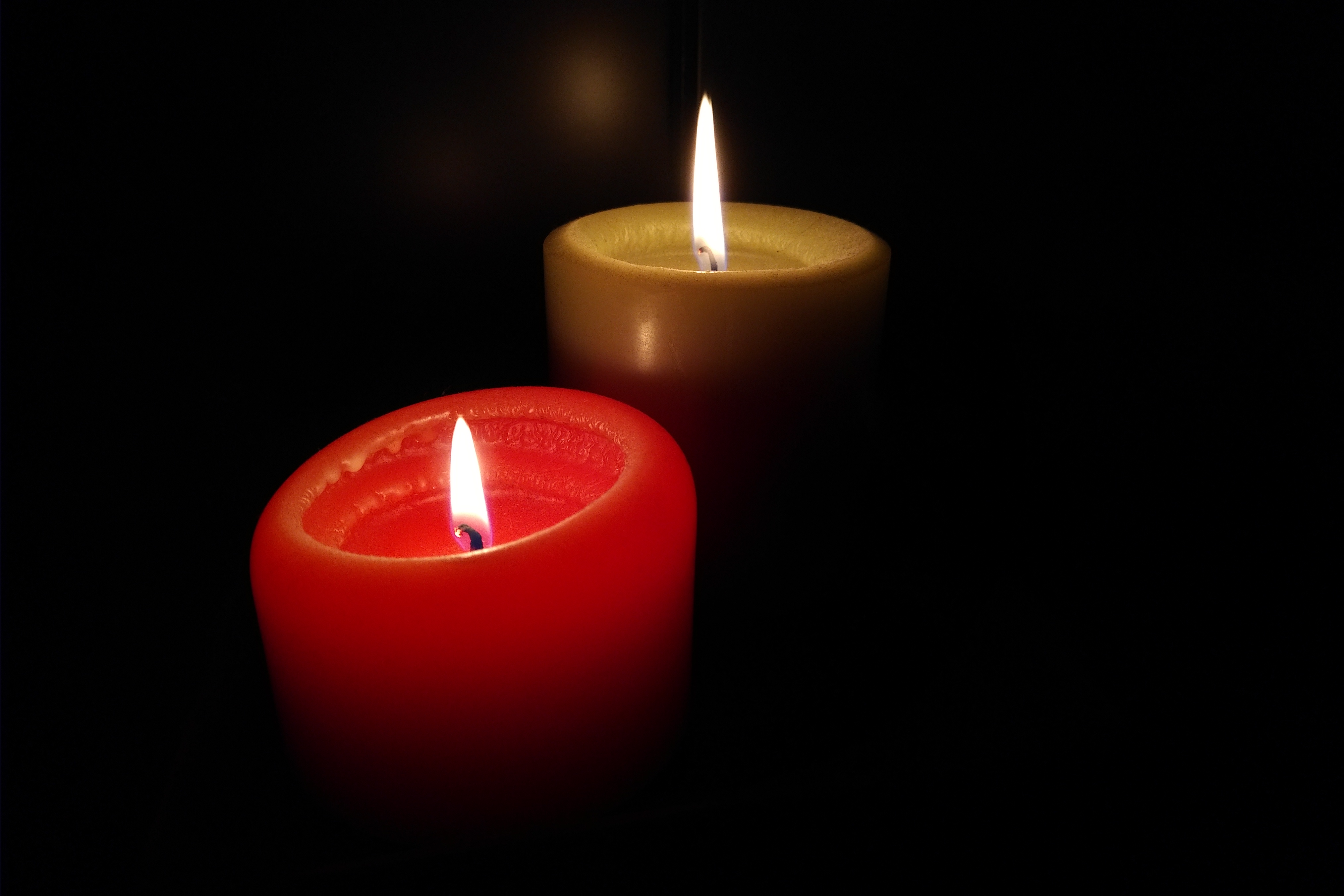 All that being said, the foundation laid here bodes well for the camera’s longer-term performance. It’s certainly not on par with the best cameras available, but software tweaks will help produce better results that bring it closer. 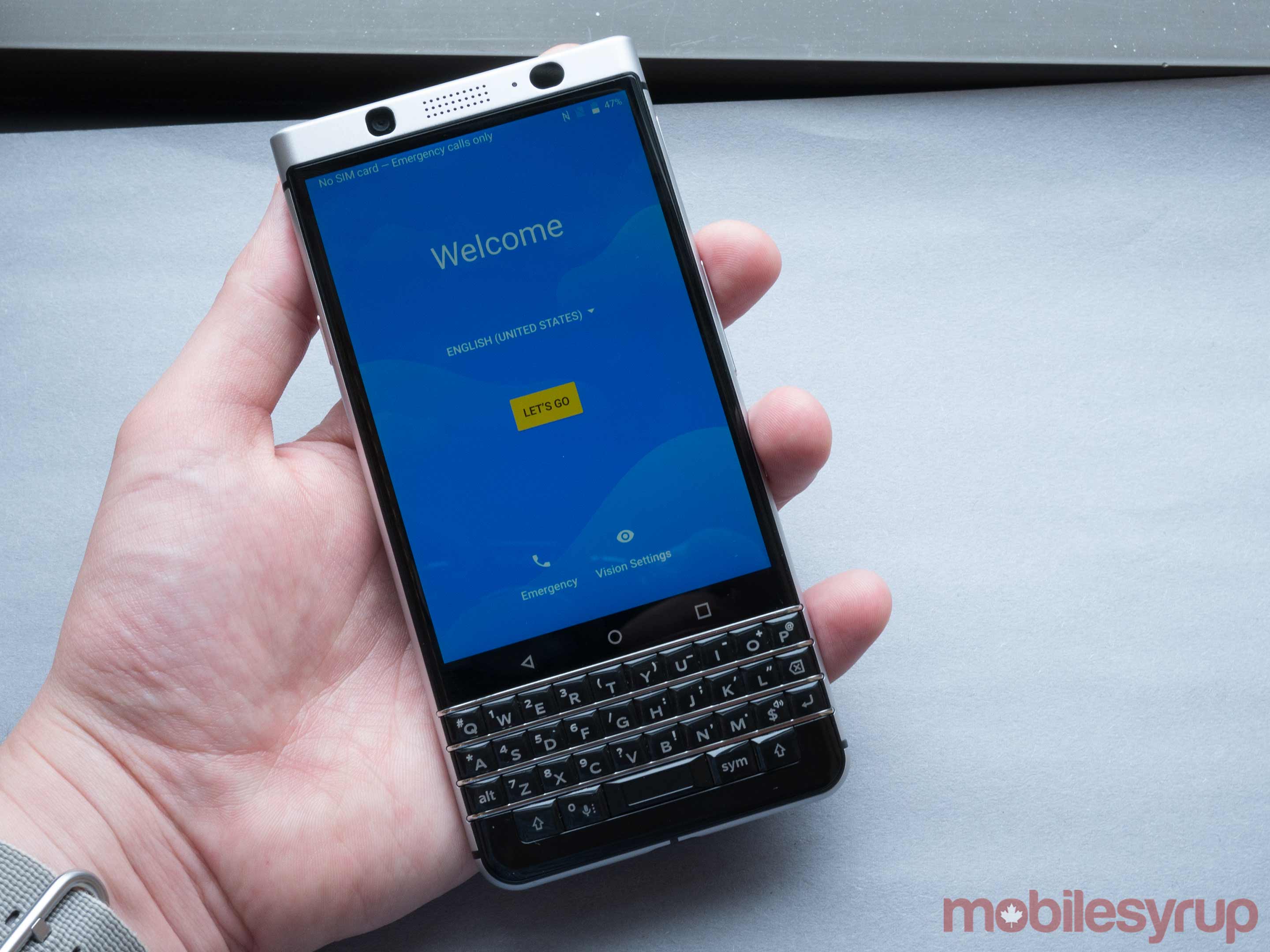 Going a full day on moderate usage with the KEYone wasn’t a problem. I would hesitate to say the phone has outstanding battery life, but it’s more than serviceable. Having a smaller display and resolution helps, as does using the physical keyboard more than the virtual one.

Call quality is one of those things BlackBerry devices consistently do well, and the KEYone is no exception. The earpiece speaker is nice and clear, with people I spoke to noting that I sounded better. It’s not any better or worse than the DTEK60, for the most part, but is among the best I’ve used so far this year.

The $199.99 contract price is cheaper compared to what flagships go for these days, and as of this review, no outright price has been revealed. The KEYone will not be available unlocked through ShopBlackBerry.com, making the carrier strategy more evident.

The thing with a device like the KEYone is that it must have a draw to warrant users buying in. The physical keyboard isn’t enough on its own, so BlackBerry and TCL try to make their case with an interesting design that tries to bridge different facets together.

BlackBerry and TCL aren’t brazen enough to hype the device too much, sticking to the relative safety of labelling it as more of a work phone. It’s not an inaccurate description. If I wanted a phone to be entertained more than to get work done, the KEYone wouldn’t be my first choice. Competition is stiff, even from devices that might be classified more as ‘toys’ than ‘tools’ but it didn’t take long for me to like this phone.

Either way, the physical keyboard determines whether you go with the KEYone or not. You’re not given much of a choice, regardless. It’s omnipresent for those who want real keys rather than onscreen ones.