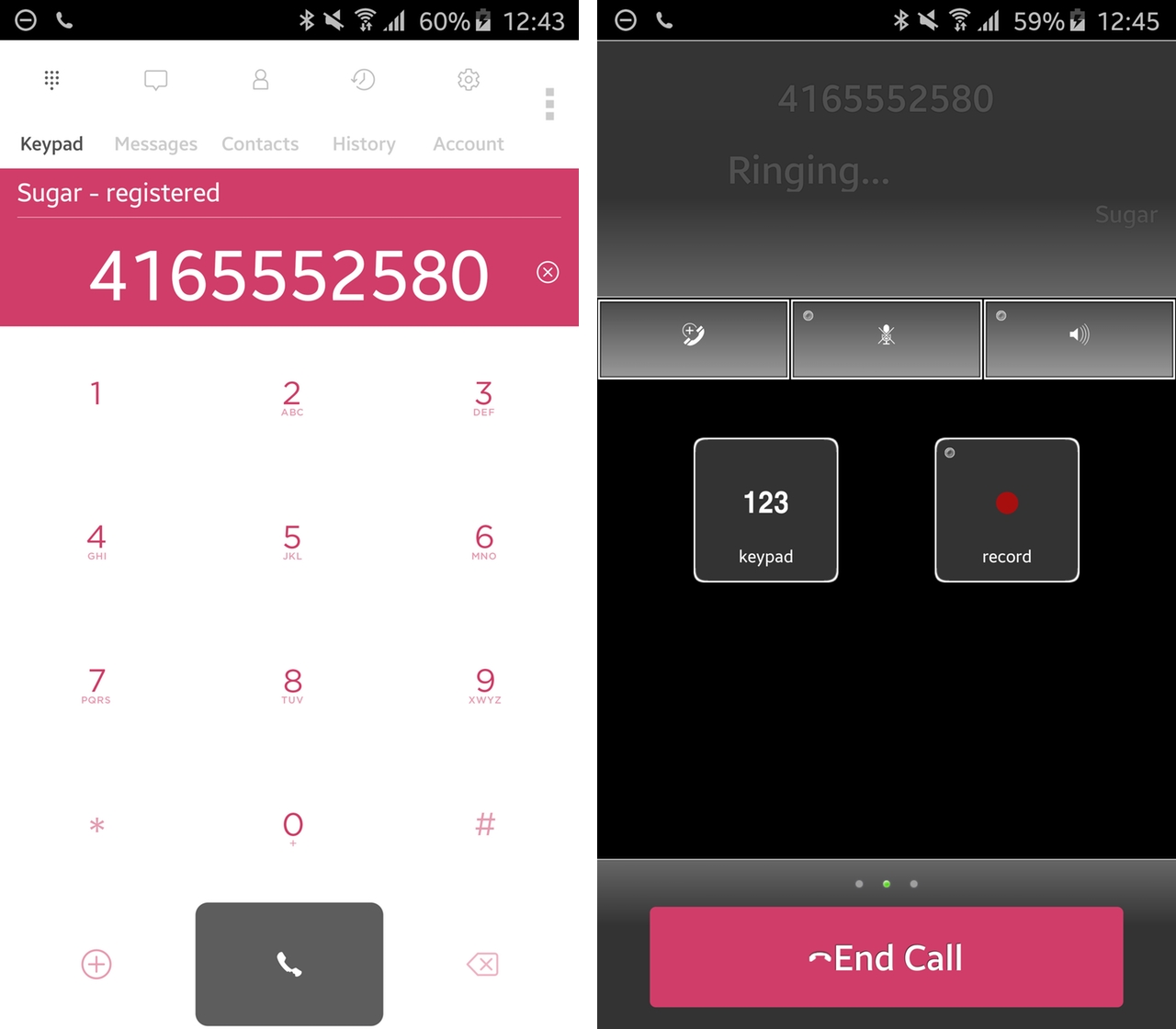 Just how widespread is WiFi? And can it stand in for cellular connectivity on your smartphone? One Canadian company wants to find out.

Sugar Mobile, a new brand launched by Canadian VoIP provider Iristel, majority shareholder of Northern Canada-based telco Ice Wireless, is trying to bring to Canada what many US-based providers have been offering for years: a hybrid WiFi/cellular experience that hinges on the ubiquity of home- and public-based wireless signals.

Aimed at an emerging market of young, prepaid mobile users on unlocked smartphones in the 13 to 23 year-old range, according to CEO Samer Bishay, Sugar Mobile operates a so-called “over the top” network, utilizing Iristel’s extensive network of VoIP operations, while leveraging Ice Wireless’s roaming agreements with other Canadian carriers.

The setup is simple: users pay $29 for a Sugar Mobile Starter Kit, which provides a SIM card and one month of service, consisting of unlimited talk, text and data over WiFi, and 200MB of non-WiFi data. That last part is the most important, because it directs much of Sugar’s business model, and Bishay’s strategy around disrupting the status quo in Canadian telecom.

“The Canadian market is in dire need of [Sugar Mobile],” says Bishay. The small team behind the new brand, which is available at Shoppers Drug Mart, Pharmaprix and 7-11 stores across the country, has a broad understanding of the way young people access the internet on their phones, and utilizes its parent company’s network, and partner relationships, across North America.

At the core of the service is an app, available for iOS and Android, that routes incoming calls and text messages through an internet connection. Because Iristel runs a wide VoIP network across Canada, and provides SMS services to many businesses, it can generate local numbers, or port existing numbers, to its service. Similar to options like Viber and Skype, Sugar Mobile sits on top of a smartphone and routes incoming calls and texts — exactly the same as your phone’s dialer app.

But Sugar Mobile isn’t just a Viber or Skype competitor — the company’s relationships with telcos like Rogers and Bell allow it to negotiate competitive wholesale cellular roaming data rates, since Canada’s major telcos roam on Ice Wireless in cities like Yellowknife, Whitehorse, Inuvik and Tuktoyaktuk.

While 200MB of cellular data per month may not seem like a lot, Bishay estimates that many Sugar Mobile users will spend 80 percent of their time on a WiFi network, which offloads the vast majority of data from 3G. Additional data can be purchased in 500MB allotments for $19, and unused data carries over to the next month, and doesn’t expire. Voicemail and call display can also be purchased as a single $19 add-on.

Bishay says that Sugar Mobile has a much better chance of success than traditional mobile resellers like PC Mobile and SpeakOut 7-11 because its parent company, Iristel, has built up a considerable hybrid VoIP-cellular infrastructure throughout the country. Even without owning spectrum in big cities like Toronto, Vancouver, Montreal and Calgary, Sugar Mobile customers will see lower data prices than most resellers, merely through greater negotiating power.

Of course, being tied to an app means that Sugar doesn’t have the same benefits on an Android or iOS device as a regular telco like Rogers, Bell or Telus. On iOS, incoming calls don’t take over the whole screen, but instead show up as repeating notifications near the top of the display. (Changing the type of notification from Banner to Alert makes it more prominent, but it’s still not as obvious as a full-screen takeover). On Android, the app is slow and poorly designed, and crashes often, though Sugar Mobile representative Patrick Arlia says that a fully-native Android client is coming next year.

Sugar Mobile is intriguing less for its value proposition than what it exposes about the Canadian telecom industry. Earlier this year, when the CRTC proposed lower rates for wholesale wireless data, it did not extend them to MVNOs, or Mobile Virtual Network Operators — companies that have no wireless infrastructure of their own. In the US, MVNOs are pervasive and successful, offering proper alternatives to the incumbents like Sprint, Verizon, T-Mobile and AT&T. The MVNO market in Canada, on the other hand, is all but barren, a testament to the strict regulatory framework built around such enterprises.

Sugar Mobile benefits by masquerading as an MVNO while leaning on the strength of its existing network and relationships. It’s a Trojan Horse into the consumer cellular market by a company that has largely been reliant on B2B for its growth.

Whether the company finds success depends on its ability to educate consumers on its value — and proving WiFi really is that easy to connect to.