Bluetooth use on Canadian airlines is still up in the air 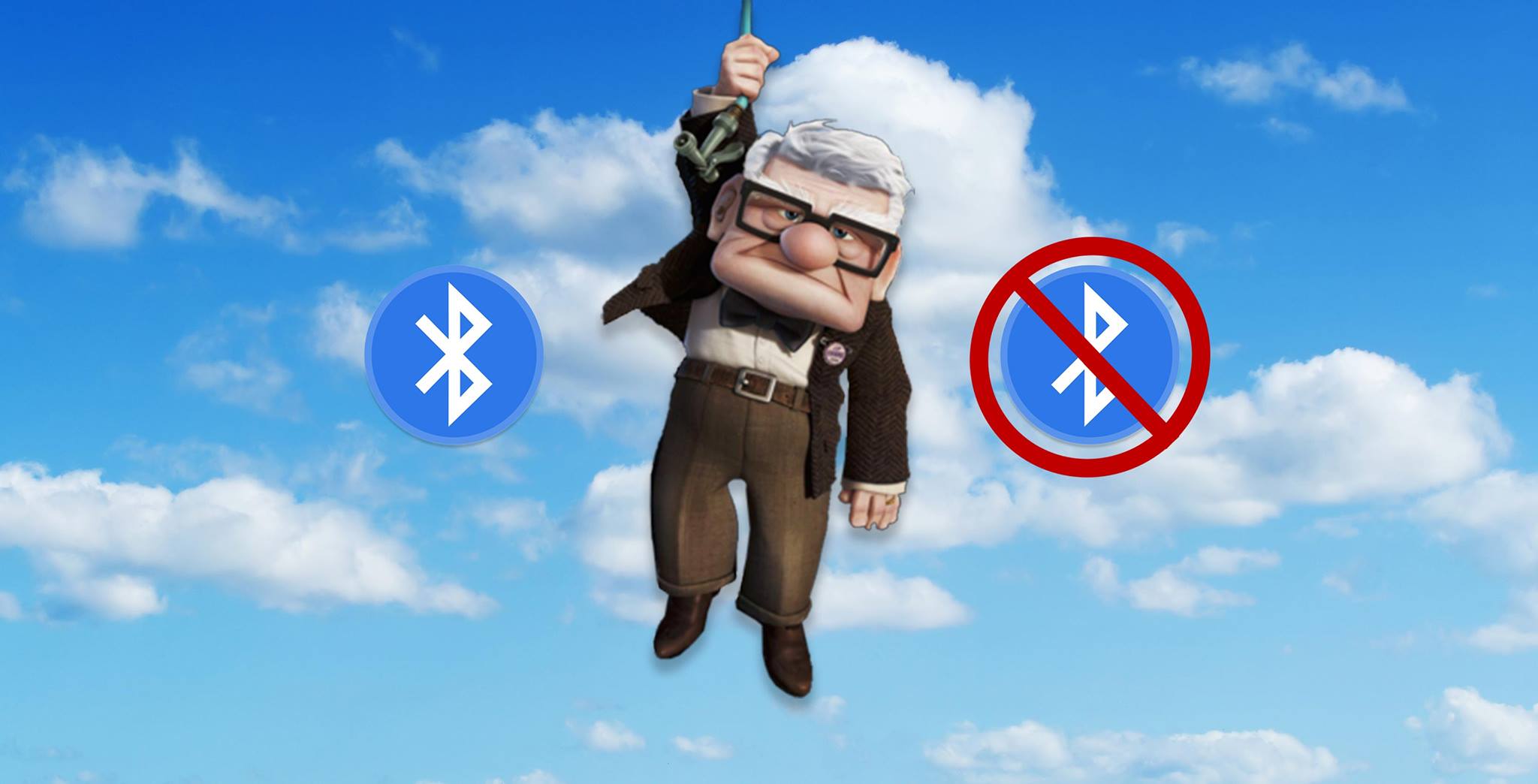 The use of Bluetooth on airplanes has become increasingly important to frequent air travellers, particularly due to the rise in popularity of wireless Bluetooth headsets.

When Apple debuted its iPhone 7 sans headphone jack, it made a decisive proclamation that wired headphones were not long for this world, and it wasn’t the only mobile company to do so — Motorola’s Moto Z also axed the jack in the name of a slimmer form factor. If the much-anticipated Samsung Galaxy S8 series rejects traditional headphone jacks too, the new industry standard will be all but set in stone.

But while the wireless world changes, airlines must now deliberate on how best to update long-held rules about wireless transmissions. Putting your device into ‘airplane mode’ has long been mandated by air operators, automatically turning off cellular data, Wi-Fi and Bluetooth. The purpose of the rule is to make sure that transmissions from your device (automatically boosted due to their distance from towers) do not interfere with an airplane’s sensors and cause issues with navigation equipment. In reality, you may have noticed that even if you forget to turn on airplane mode, nothing disastrous tends to occur, due to the fact that modern airplane equipment is robust and difficult to tamper with.

“Devices carried by passengers have various power levels and may use different frequencies, so their effects are difficult to assess.”

Additionally, while the argument about boosted signals goes for cellular connection, the same doesn’t apply to Wi-Fi or Bluetooth connections, which don’t travel long distances. As a result, Wi-Fi is now enabled in many new planes (at a price) and the newest versions of iOS and Android both allow users to turn on Bluetooth and Wi-Fi while airplane mode is on — at least, in the majority of devices. Ultimately, however, the decision to permit use is up to the individual airlines and the country’s transportation regulator.

In Canada, that situation is more than a little up in the air. One MobileSyrup reader wrote in to tell us that he had experienced varying responses to the use of his Bluetooth headset while in the air —  the practice was disallowed by Air Canada but permitted by Porter and WestJet. We decided to delve deeper into the matter and request comments from those three popular Canadian airlines, as well as from Transport Canada itself. 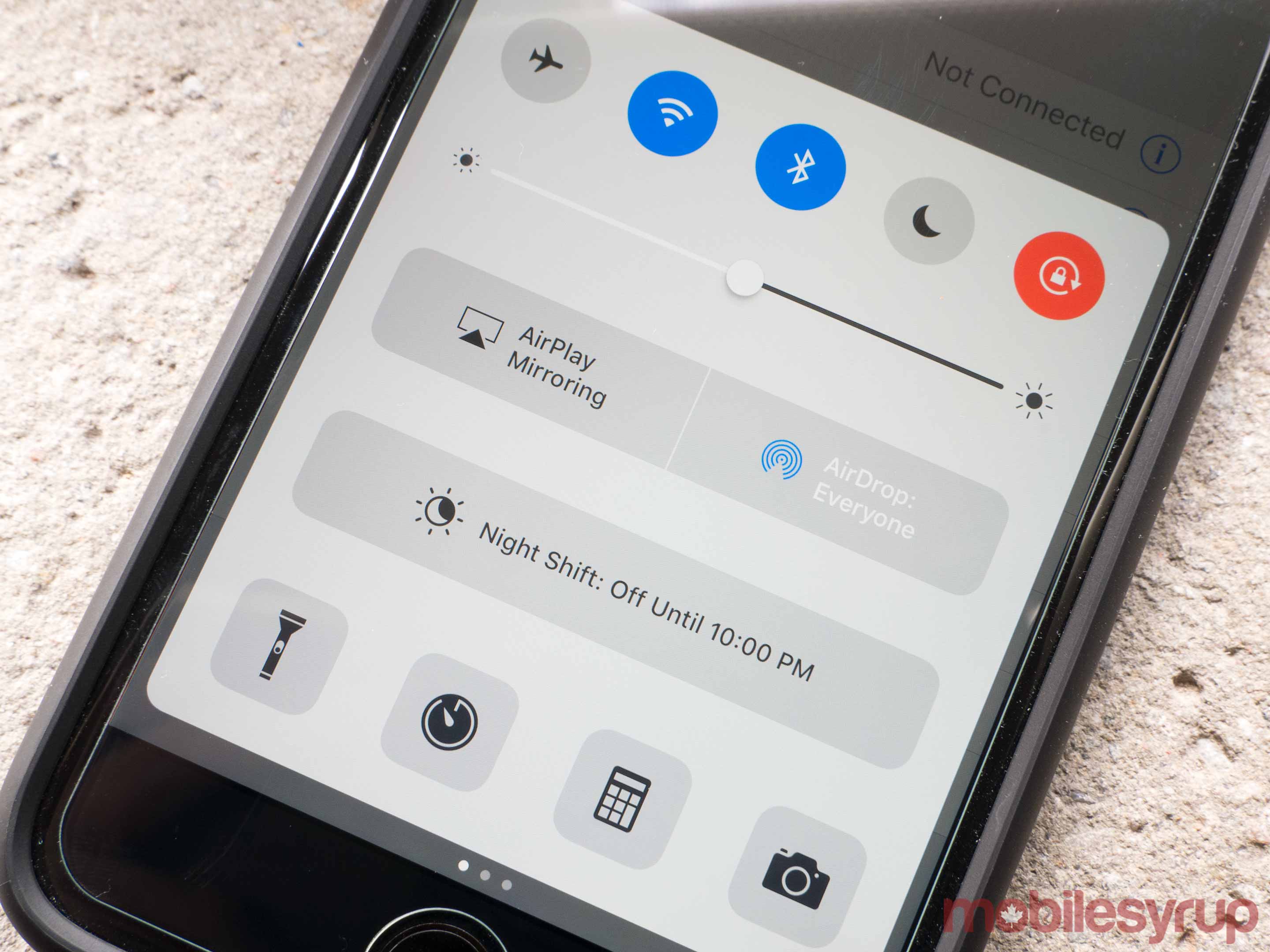 The regulator told MobileSyrup that generally its regulations “prohibit the use of cell phones and transmitting electronic devices on-board, where they might interfere with navigation and communication systems,” but there are exemptions that can be sought by operators that allow the use of those devices during the taxi phase and at other times if in airplane mode, as long as those operators prove there are no adverse effects as a result. Since Bluetooth and Wi-Fi can be used in airplane mode, that means that technically, Bluetooth can be allowed at the operator’s discretion, as long as they are given the correct exemption.

Transport Canada was cautious about the overall safety of using portable electronic devices, however, stating: “Transmitting portable electronic devices such as cell phones, smart phones, and iPads, as well as Bluetooth wireless technology, use high frequency, shortwave radio transmitters and receivers like Wi-Fi to send or receive data. Several international studies have been conducted to assess the use of devices on aircraft. Devices carried by passengers have various power levels and may use different frequencies, so their effects are difficult to assess, given that they are not maintained and controlled using aviation safety standards.”

The responses from the airlines and Transport Canada show a somewhat mixed interpretation of rules as they pertain to Bluetooth.

As for the airlines, Air Canada stated that Bluetooth devices are allowed on Wi-Fi-equipped aircraft only (Wi-Fi is available only on its North American fleet), adding that it was required to go through a certification process with Transport Canada allowing it to receive an exemption for personal electronic devices. The operator says eventually it plans to expand Wi-Fi across its entire fleet, and thus Bluetooth use will eventually be permitted across the fleet.

Porter, which does not offer Wi-Fi services, told MobileSyrup it has no “specific guidance for Bluetooth usage, but personal devices must be in airplane mode (or non-transmitting) from the time the boarding door closes to when the aircraft reaches the taxiway on arrival.” Since Bluetooth can now be turned on in airplane mode, the statement seems like a tacit allowance of use.

WestJet says that on its fleet, which offers Wi-Fi service on all but Q400 models, “wireless headsets are okay, although they are subject to the same rules,” meaning that travellers still have to take off their headsets in order to listen to the safety demonstration, for instance.

The responses from the airlines and Transport Canada show a somewhat mixed interpretation of rules as they pertain to Bluetooth. Air Canada is limiting Bluetooth use to Wi-Fi enabled aircraft, WestJet is allowing Bluetooth use regardless of aircraft and Porter appears to be doing the same, considering the fact that travellers can now use Bluetooth while still in airplane mode, though the statement is less explicit.

What does all this mean for the Canadian traveller with Bluetooth headphones? In practice, they should be able to use their wireless headphones unhindered on any WestJet or Porter flight, but when it comes to AirCanada — unless they’re on a flight that offers Wi-Fi, customers would be best advised to find an alternate way to stream music. At least for now.