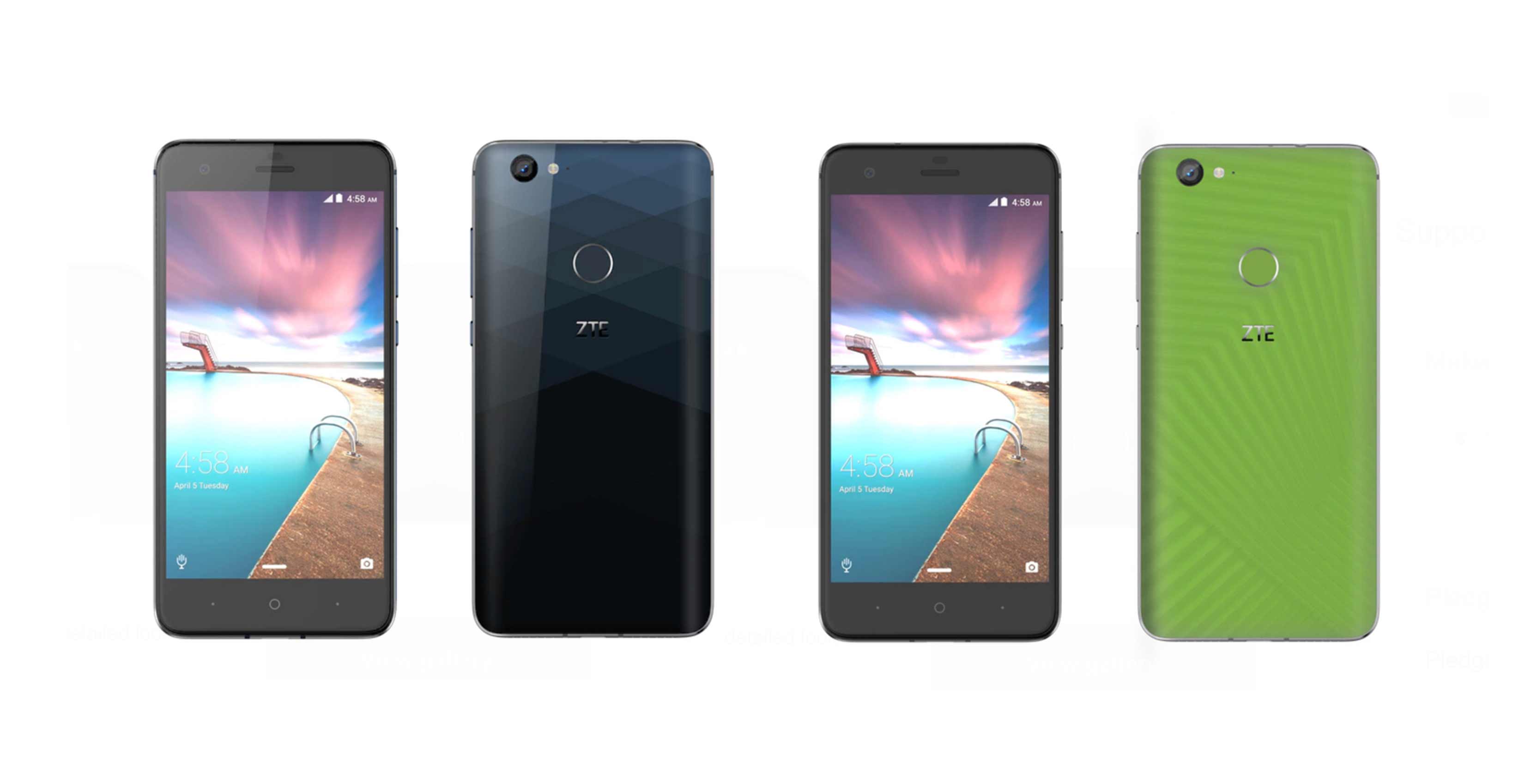 ZTE’s crowd-sourced handset project, ZTE Hawkeye, has drawn praise for being uniquely transparent, but with that comes the potential for swift and decisive critique from the public.

When the eye-sensing device hit Kickstarter with a $199 initial price point and mid-range specs, many of the community members who had voted for and discussed the design were not satisfied in the least. Being tech enthusiasts and early adopters, they were (somewhat unsurprisingly) partial to high-end specs.

But while consumer issues with device internals often provide a stumbling block for OEMs, under this new crowd-sourced model, ZTE is able to simply reconsider the project. On January 20th, Jeff Yee, vice-president of technology planning and partnerships, posted in the forums acknowledging the mistake and asking users what high-end specs were most important to them.

MobileSyrup had the chance to sit down with Yee recently and talk about Hawkeye, the decision to go mid-range and what the project holds in its future.

Question: Was ZTE Hawkeye always designed to be mid-range?

Jeff Yee: From the very beginning we said we wanted to do something in 2017, affordable and a wireless device. If you look back at the very first thing we said, those were the three tenets. So when the phone became hands-free with the two key features becoming eye-tracking and adhesive we thought: there’s a 170 countries represented by people that have voted […] let’s make it a phone that can go around the world. That means mid-range because you can’t sell flagships in a lot of countries, they just don’t have the money.

That was our thinking. In retrospect, yeah, maybe we should have put out a flagship device because the Kickstarter people are early adopters therefore they want flagship specs. So, hindsight is 20/20 but the nice thing about this project is that we’re doing everything with transparency and so early in the process that we can still change and shift. At this point, it’s still only the beginning of 2017. We said we were going to launch this in 2017, so we’ve got time to course correct. We haven’t decided what we’re going to do yet, a lot of it comes from consumers themselves anyway so we’re conducting yet another poll but I think we will make a decision based on consumer feedback that will probably take us a different direction than what’s currently posted on Kickstarter.

Q: Will you pull down the Kickstarter and start a new one?

Yee: I think there’s a lot of things on the table right now. Pulling it down [is] most likely because I think the current specs aren’t interesting to people. It doesn’t matter if the campaign is funded or not, it’s not like we’re a startup that’s going to go out of business without that funding.

That was never the intention. But by not hitting the campaign goal, that gives us an indication that it was just not the right specs that interest people and that’s the kind of feedback we need. Yes, we’ll change some things around but whether or not that means posting a new Kickstarter or just changing the specs on the existing, that hasn’t been determined. 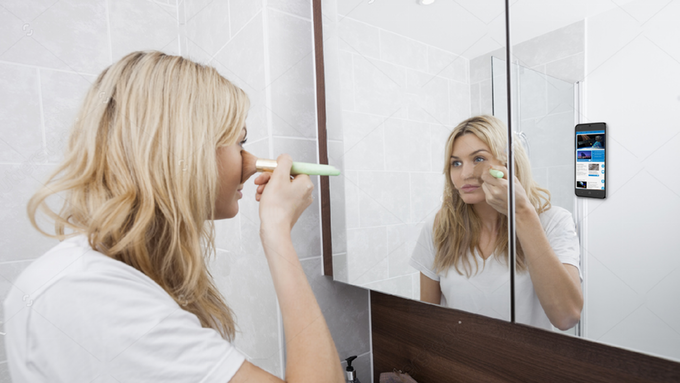 Q: Are you committed to adding at least one high end spec to the phone?

Yee: Absolutely. We posted and said ‘tell us what you want to be changed.’ Things like the chip or the battery or the software experience and then one option for free-form [comments] and I think so many people are giving free-form comments that it’s a little bit difficult to digest what exactly people want.

That’s a challenge. We get a lot of different ideas from different people and sorting through that and determining what exactly is the best product for everyone is tough. Ideally, we would do a customized phone for everyone because everyone is so different. The reality is we can’t do that so we’re just trying to go with what the majority wants.

Q: How does the eye tracking work?

So we’ve proven it on a phone and furthermore, [our technology] has motion, because the way that the unlocking feature works — you don’t just stare at it, because we were worried that somebody would take a picture of your eye and place it right in front of the phone. Instead you actually have to watch a line as it moves up and down. We know how to detect the movement of an eye, everything else now has to come together. 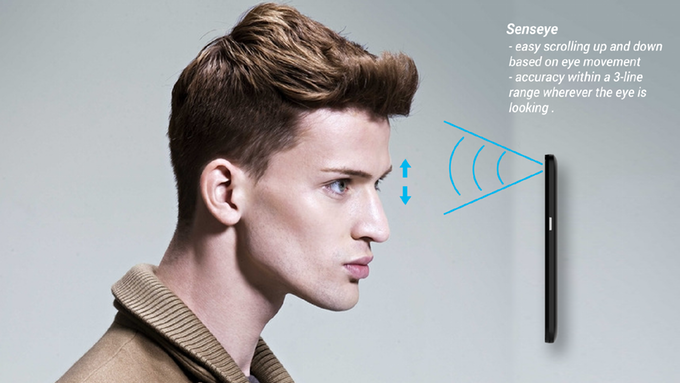 In order for it to work to scroll through a page, now what we do is we take that same movement of the retina of your eye and we map it to gesture commands that are already in the OS. That way we should be able to work with third party applications, not just ZTE applications.

Eye movement up might be the equivalent of your thumb moving up, so that’s how you do it at the OS level. […] Then the more challenging thing is […] how to jump from one page [or app] to the next, because you have to do the equivalent of a press. We’re considering a combination of things. The most natural one would be voice. So scroll down and say “next.” The other option were considering is if you stare at it long enough. Say for three or five seconds. I have a feeling that’s going to be harder than what it sounds so we’ll probably at least try to do voice.

Q: Will ZTE incorporate eye-tracking into more phones in the future?

Yee: The nice thing about the main feature is that it gives us the flexibility now to course correct and figure out how we deploy — because the main thing that people voted on was the eye-tracking. The other nice thing is that it does allow us to implement in almost any phone out there.

We’re still trying to figure out what is the baseline for the front-facing camera but we sell a lot of phones now with 8-megapixel [cameras] as the default and I think that’s going to be sufficient from a hardware perspective. Then what that allows us to do is it becomes a software feature on any device that has that as a baseline. So yes, we could deploy it on a lot of different phones in the future, but it’s going to be determined based on this first one that rolls out — is it being adopted, do people really find it to be helpful?

Q: Can you tell us more about the accompanying adhesive case?

Yee: The adhesive case — there are some examples of some that are already out there today, but the team that submitted it, they have an engineer that already has been doing prototyping with a self-adhesive material that he believes is superior. So we’re starting with that and if that works out then we’re going to make it a case.

We were worried it could be too adhesive at the times you don’t want it to be, so we decided to make it a case [Editor’s note: rather than a back plate, as submitted]. And if you go back to the original design, there was a lot of interesting design elements on the back, so we’re including that on the case. Because if you have a phone with a really nice design the last thing you want to do is stick a case over it. The most natural thing was to make the case adhesive and have their design on the cases.

Q: Can you tell us more about Team One Technology, the team that designed the phone?

Yee: There are four of them in total. Two of them have PhDs. One is more of a software background, he’s the one that did eye-tracking. Another is a chemist, he’s been playing around with polymers to be able to get that adhesive to work. They have the credibility and the experience certainly, but more interestingly, they have the passion. 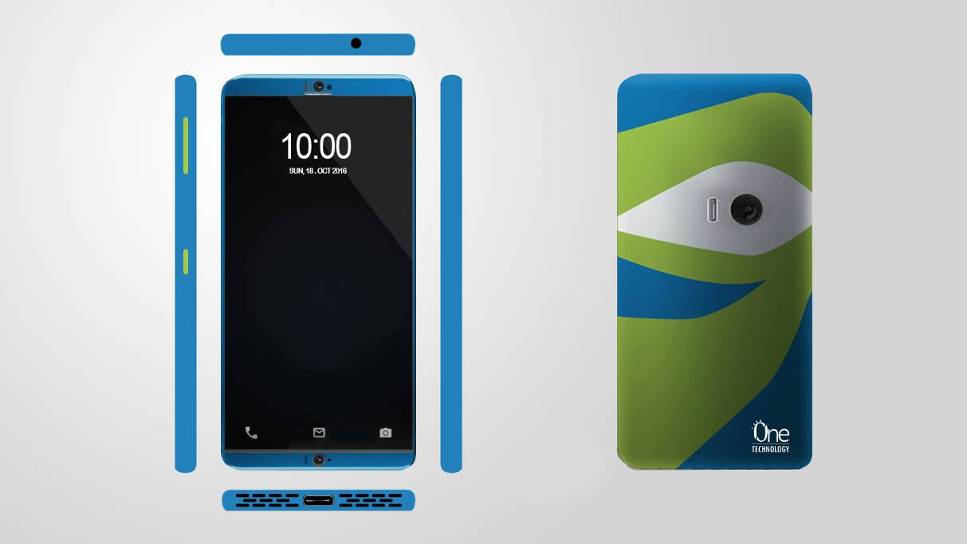 Because we’re not paying them as part of this project and they didn’t have to continue working on this with us. They volunteered their time. In fact, they just contacted me recently because they wanted to fly themselves out to Mobile World Congress, on their own dime.