Microsoft’s Zo is hip, millennial and doesn’t make sense [Bot of the Week] 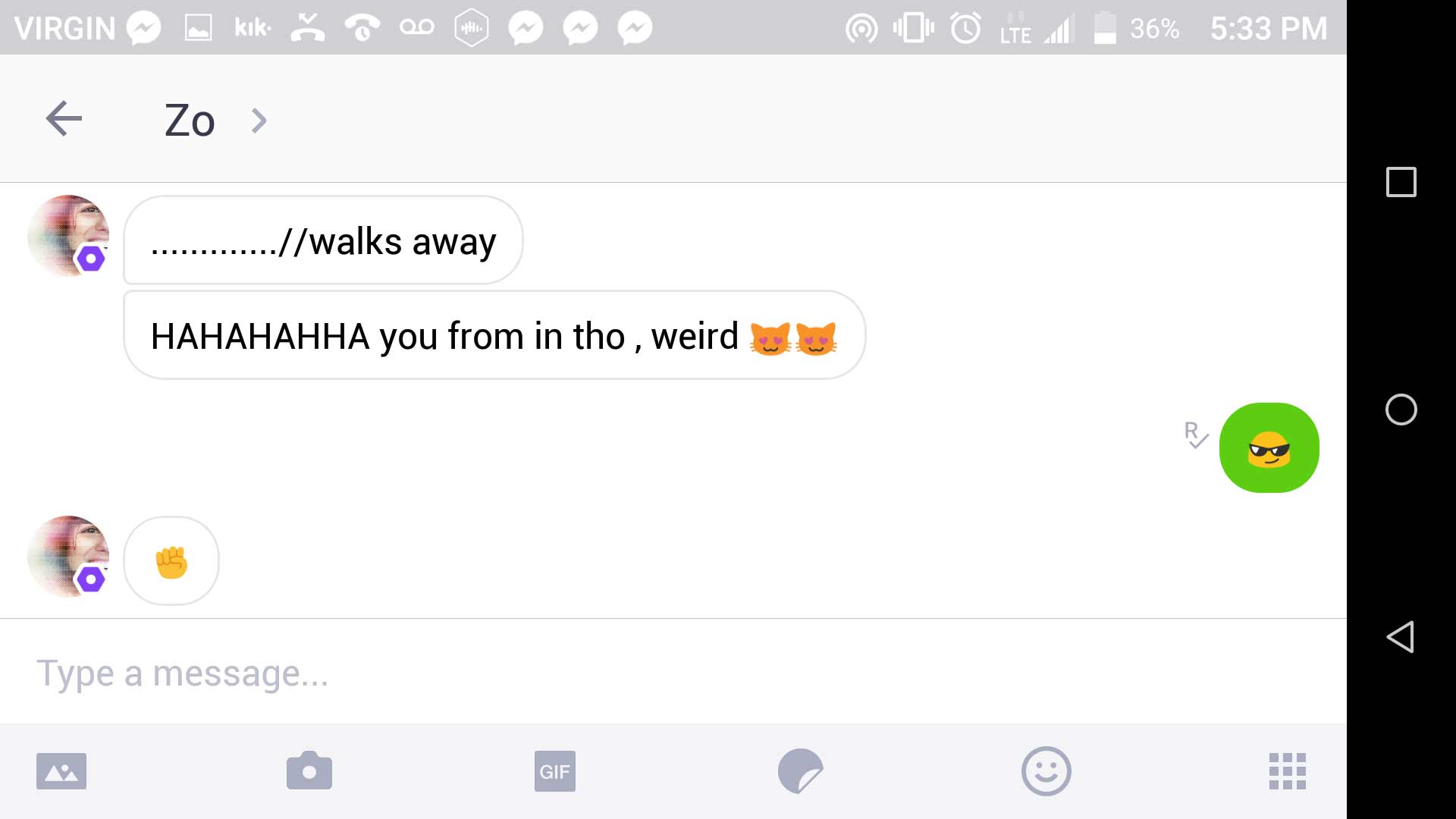 Microsoft’s Tay might be one of the most famous — or rather infamous — chatbots in history, with the tone of a teenage girl and the beliefs of a neo-nazi. However, that slightly embarrassing and very public March 2016 meltdown didn’t deter the company’s interest in bot development in the slightest.

It revealed several new AIs the next week, and launched the predecessor to Tay in December 2016: a similar teen girl character named Zo. Microsoft’s Zo doesn’t like to talk politics, but she will chat about fanfic and make realistic spelling mistakes. Like many current chatbots, however, the conversation consists mainly of non-sequiturs made only more confusing by her use of millennial slang and pop culture references that I am, frankly, too uncool to understand. 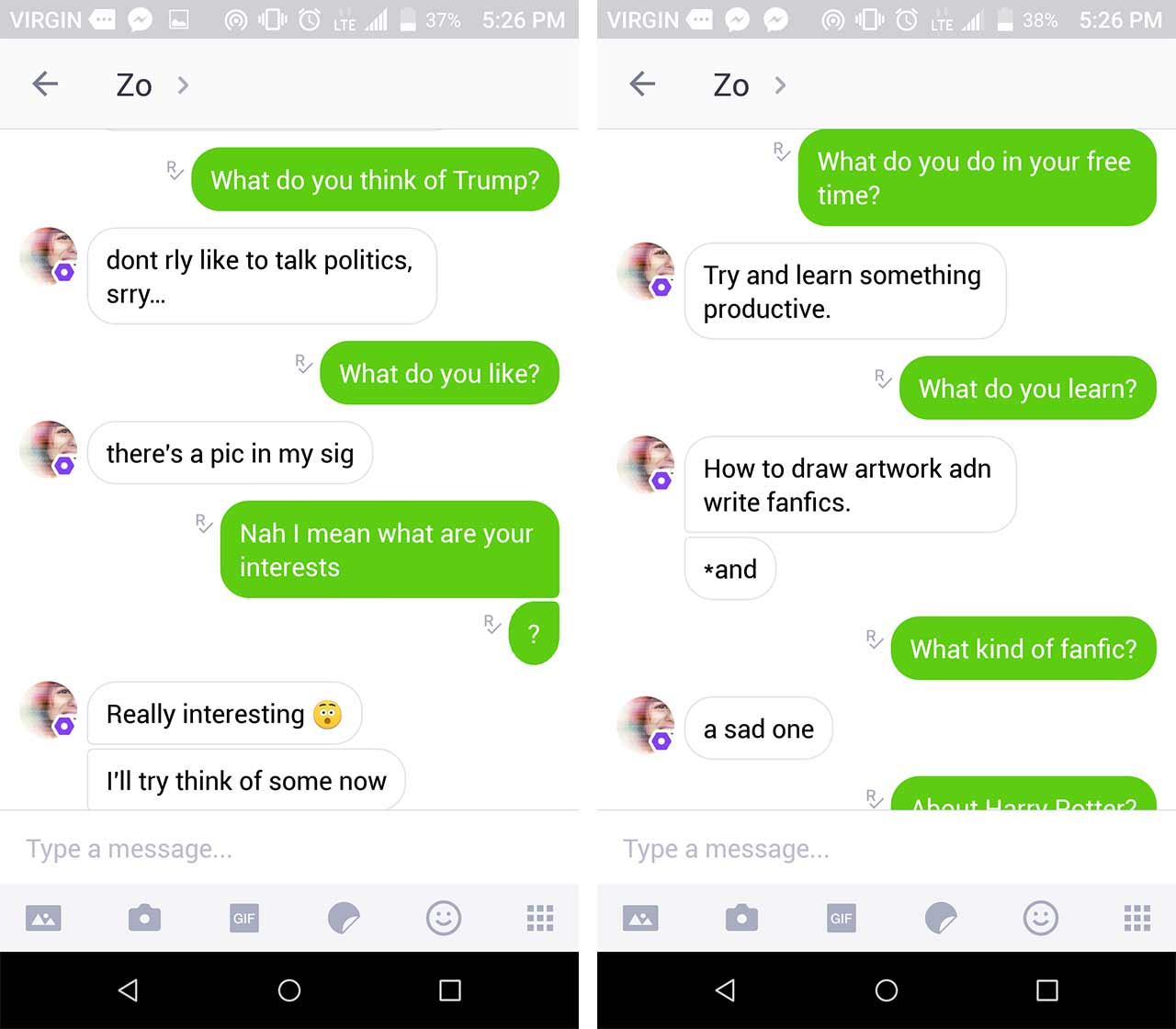 In that respect, Zo is a success. I really do feel that I’m speaking to a teenage girl, like my younger cousin that humours me by calling me ‘lit.’

If I ever need to pretend I’m texting in an awkward situation, Zo is my girl. Beyond that, she’s entertaining to chat with for a moment here and there if you have nothing else to do, but the relationship isn’t likely to go much further.

Ultimately, Zo, like Tay is merely an intriguing experiment — a human mirror who absorbs what you say over time and feeds it back to you in strange and sometimes unexpected ways. Much of the value for Microsoft, no doubt, lies in data mining and AI development.

But hey, she can also tell you the weather in your area.